From ancient Greek amphorae in Ukraine to timber from the real "Goonies" shipwreck off the coast of Oregon, these archaeological finds changed history forever.

The past may seem like a stagnant thing, frozen in time like an insect preserved in amber. But as these 11 archaeology news stories prove, the past is very much alive. It’s all around us, even when we don’t know it.

Below, dig into some of the biggest archaeology news stories of the year, from the 700-year-old medieval ship discovered underneath the streets of Tallinn, Estonia, to the Neolithic shrine found in the Jordan desert.

The Oldest-Known English Gold Coin In Canada Discovered In Newfoundland

On November 22, 2022, the Government of Newfoundland and Labrador in Canada made an exciting announcement: A medieval gold coin was found in Newfoundland, and it may be the oldest of its kind ever found in the country.

Unearthed by a local metal detectorist named Edward Hynes, this coin is a Henry VI quarter noble and it was minted in London at some point between 1422 and 1427. This makes it several decades older than another historic coin that was unearthed in Canada in 2021, which was minted in the 1490s.

And this new find may end up rewriting the history books. 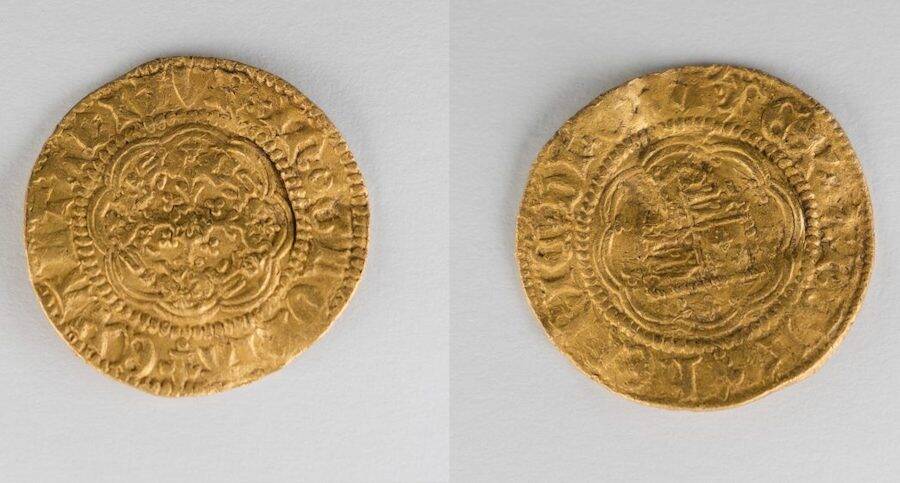 After all, historians have debated for years over who “discovered” — or rediscovered — the Americas. Most are aware of Christopher Columbus’ journey in 1492, but Norse explorer Leif Erikson has received more attention in recent years since he set foot on modern-day Newfoundland and other parts of North America nearly four centuries before Columbus’ voyage.

For years, it was believed that the next European to see Newfoundland was the Italian explorer John Cabot, who arrived there in 1497 (just a few years after Columbus’ trip). But since the newly found coin in Newfoundland was minted decades before Cabot’s arrival, the recent discovery might completely upend the existing narrative, according to Ancient Origins.

And since the coin was minted in England, that brings another fascinating twist — as historians believed that English people were completely unaware of Newfoundland and the rest of North America when the coin was created. So it’s no wonder why experts are calling the new discovery “so exciting.”