Meet Garrett Morgan, The Black Inventor Who Saved Lives With His Creations

Garrett Augustus Morgan didn't get his due until after his death in 1963 — despite inventing the modern traffic light and an early version of the gas mask. 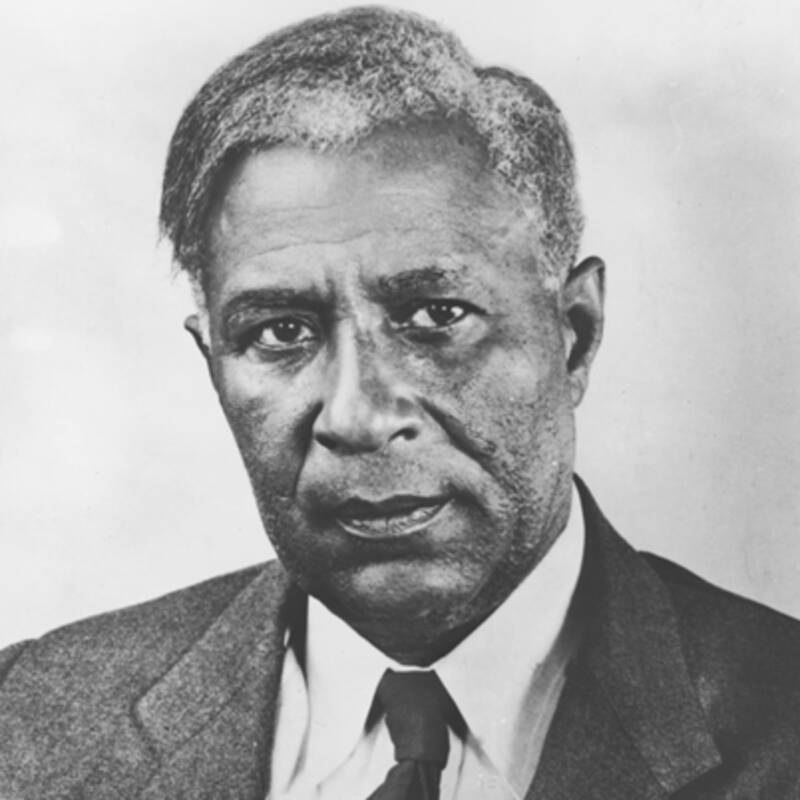 The life of a Black inventor in the Jim Crow era wasn’t easy, but Garrett Morgan shouldered past societal prejudices to pioneer inventions in the early 20th century, many of which we use to this day.

We can thank Morgan for the creation of protective hoods used by firefighters and miners, gas masks used by U.S. soldiers, and traffic lights. Few were mindful enough to thank him at the time, though — in fact, he often lost white customers once they learned of his race.

Morgan’s early years were tumultuous, but you could see from a young age, he was determined to make something of himself. Born in Kentucky in 1877, Morgan was the middle child in a family of seven, and pushed his way through many obstacles to chart his own course.

After finishing elementary school, he left home in search of work in Ohio, taking on a job as a handyman, using his paychecks to further his education by hiring tutors.

Ohio’s factories intrigued Morgan. He began working at one that produced sewing machines and soon pinpointed a way to improve them. Morgan patented his new sewing machine. And in 1907, he opened his own sewing machine repair business.

Morgan saw opportunities for improvement everywhere. His sewing machines sometimes scorched fabric because of the needle’s speed, so he tested out different chemical mixtures to prevent it from happening further.

After noticing that the solution also worked to straighten wool fibers, he tested it out on dog hair, and then his own, leading to an entirely new business, the G.A. Morgan Hair Refining Company, which sold hair cream to Black customers.

Garrett Morgan And The Traffic Signal

Garrett Morgan’s keen mind and strong work ethic gave him financial security. He become the first Black man in Cleveland to own a car and, being the inventor that he was, created a new clutch to improve its functionality. Once out on the road, he spotted a need for another invention, one that we benefit from to this day.

During this time roads had signs that indicated when drivers should stop, and when they should go, but Morgan saw a need for something more advanced and set to work on developing traffic lights. An accident in the early 1920s sent him back to the drawing board, and he worked in the addition of a yellow light in-between green and red, allowing drivers enough warning that a stop was coming up. 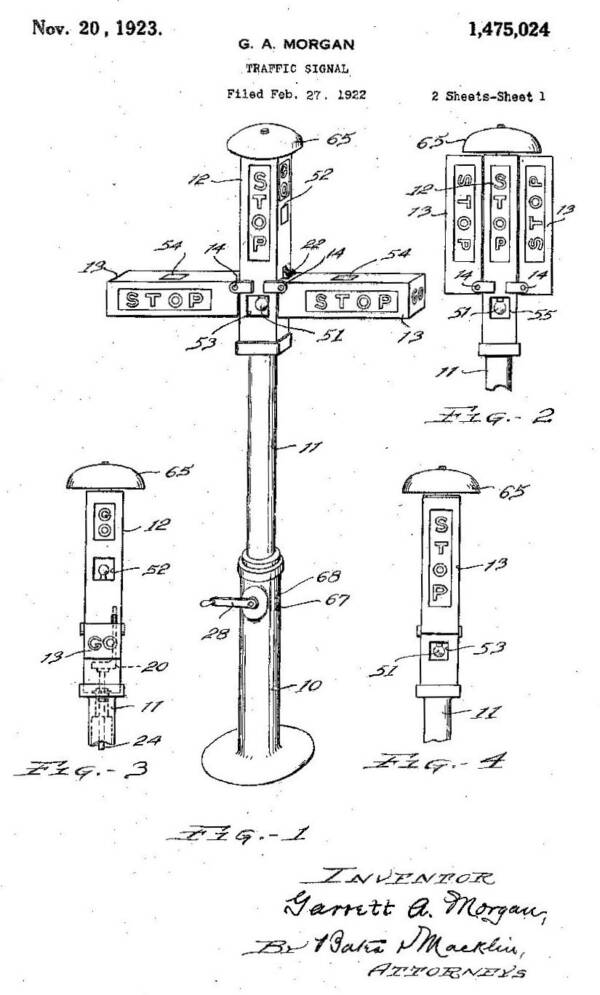 U.S. Patent OfficeMorgan’s diagrams for his traffic signal, which he patented in 1923.

In 1923, Morgan patented his new traffic signal, catching the interest of General Electric, who offered a nice sum to buy his idea. Morgan donated walked away with $40,000 which he used to buy land for his family, and to donate to Black colleges.

Sewing machines launched Garrett Morgan’s career as an inventor and also, somewhat tragically, inspired his greatest invention yet to come.

In 1911, after a fire in the Triangle Shirtwaist Factory killed 150 garment workers, Morgan wanted to help. He knew that in a fire the cleanest air could be found at ground level, so he created a hood with dangling hoses that allowed the wearer to pull in healthier air.

“As I understand it, he took inspiration from elephants at the circus,” says Garrett Morgan’s grandaughter, Sandra Morgan. “It was boiling hot, and he saw the elephants stick their trunks out of the tent to get fresh air.” 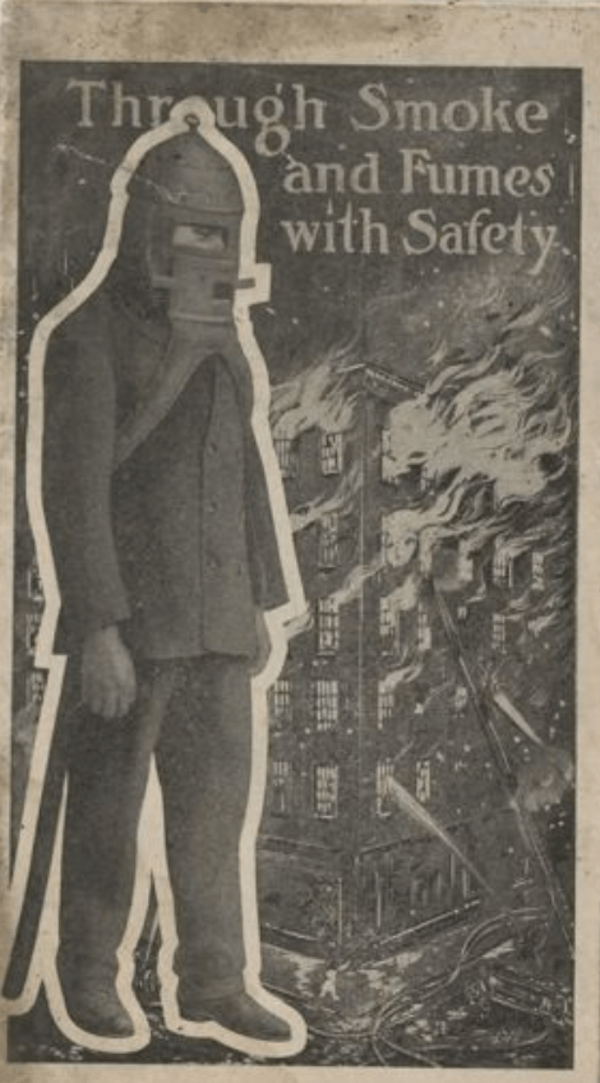 Western Reserve Historical SocietyA 1914 advertisement promised that the safety hood would protect wearers “through smoke and fumes with safety.”

Morgan patented the safety hood in 1914, traveling the country selling his invention to firefighters. Over 500 cities purchased the gas masks but he found it much harder to sell his inventions in the segregated South.

Undeterred, Morgan hired a white actor to play the role of the inventor. While the actor played his role, Morgan would hide his identity inside one of his own safety hoods, walking into a tent filled with smoke that they’d set up to demonstrate how the hoods worked. This proved to be a successful ruse.

In 1916 Garrett Morgan’s safety hood became a front-page news story. A hidden pocket of natural gas exploded in one of Cleveland’s waterworks tunnels causing deadly smoke to trap workers within. Rescue parties rushed in to save the workers, but more than half of them died from inhalation.

The Cleveland Police called Garrett Morgan and the inventor grabbed as many safety hoods as he could carry, rushing to the scene of the tragedy. Aided by his brother Frank, the two men entered the tunnel and were able to save two men, and recover the bodies of several more. 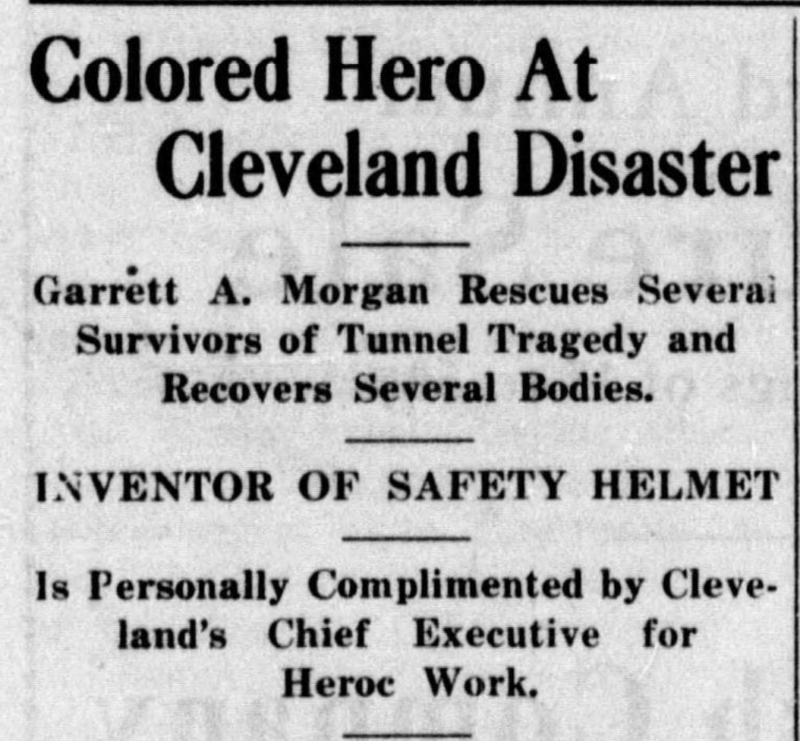 The next day, front-page stories in the New York Times and other major newspapers left Morgan out. “The foreman and others were given a big cash bonus, medals—they were recognized in the paper,” said Sandra Morgan. “My grandfather was not.”

Fed up, Garrett wrote to Cleveland’s mayor. “I am not a well-educated man,” the letter read, “however, I have a Ph.D. from the school of hard knocks and cruel treatment.”

The press finally acknowledged Morgan’s heroic actions, but the publicity backfired. Many of Morgan’s customers who were unaware of his race prior to the newspaper stories began to boycott his inventions.

Barriers For Black Inventors In The Jim Crow Era

Throughout his life Morgan created so much, and asked for so little in return. While he was paid for his inventions, the racism of the times did its worst to shield his efforts in ignorant obscurity. Nevertheless, Morgan seemed to rise above it all by inventing things to help others, and by humanitarian efforts for his community.

He joined the NAACP and created the Cleveland Call, a Black newspaper. He also opened a country club for Black people and supported Black colleges.

Sadly, like many other creatives, Garrett Morgan didn’t truly receive the recognition he deserved until after his death in 1963.

Garrett Morgan was only one of many Black inventors who changed America. Learn more about Black inventors and then read about Madam C.J. Walker, the entrepreneur who became one of the first Black millionaires.