An African American entrepreneur, activist, and philanthropist, Madam C.J. Walker made a fortune in the early 20th century thanks to her hair care line for Black women.

Madam C.J. Walker was one of the wealthiest women in America during the early 20th century — but she didn’t always have good fortune.

In a true rags-to-riches story, Walker went from being a single mother who washed clothes to becoming a successful entrepreneur. 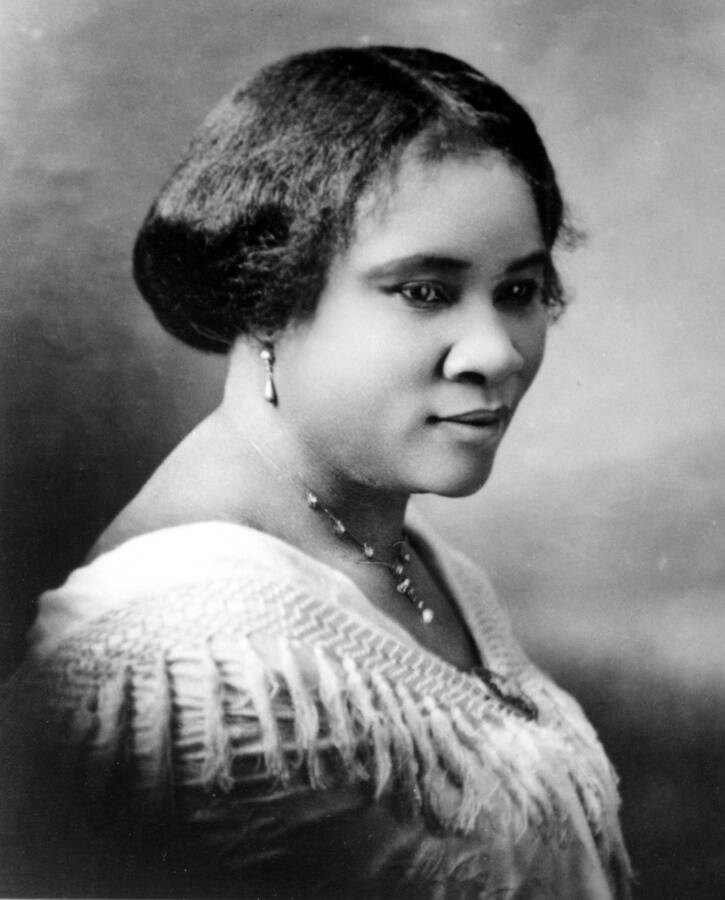 This is the remarkable true story of Madam C.J. Walker, who has been described as “the first Black woman millionaire in America.”

Before she became a wealthy businesswoman, Madam C.J. Walker was born Sarah Breedlove on December 23, 1867, in Delta, Louisiana. Her parents, Owen and Minerva Anderson Breedlove, were former slaves who became sharecroppers after the Civil War. 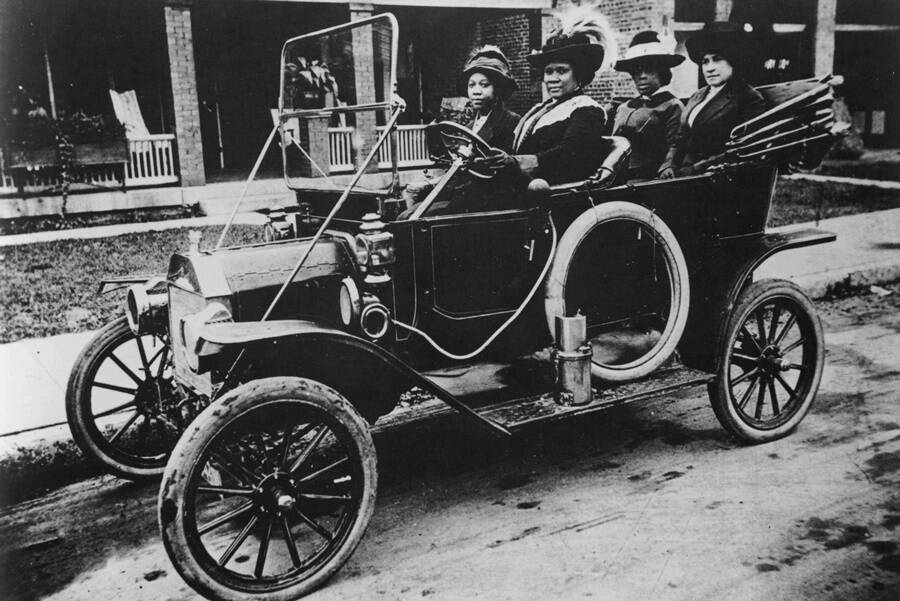 Smith Collection/Gado/Getty ImagesMadam C.J. Walker made her fortune by creating a hair care line that was specifically geared toward African American women.

As one of six children, Breedlove’s birth was significant. Unlike her parents and her siblings who had been enslaved, she was the first in her immediate family to be born a free Black person.

However, economic and racial upheavals in the aftermath of the war meant the freeborn child grew up in a world of racial unrest.

A group of white vigilantes called the “Knights of the White Camelia” terrorized the Black residents of Louisiana to support white control of the government and to uphold white supremacy. 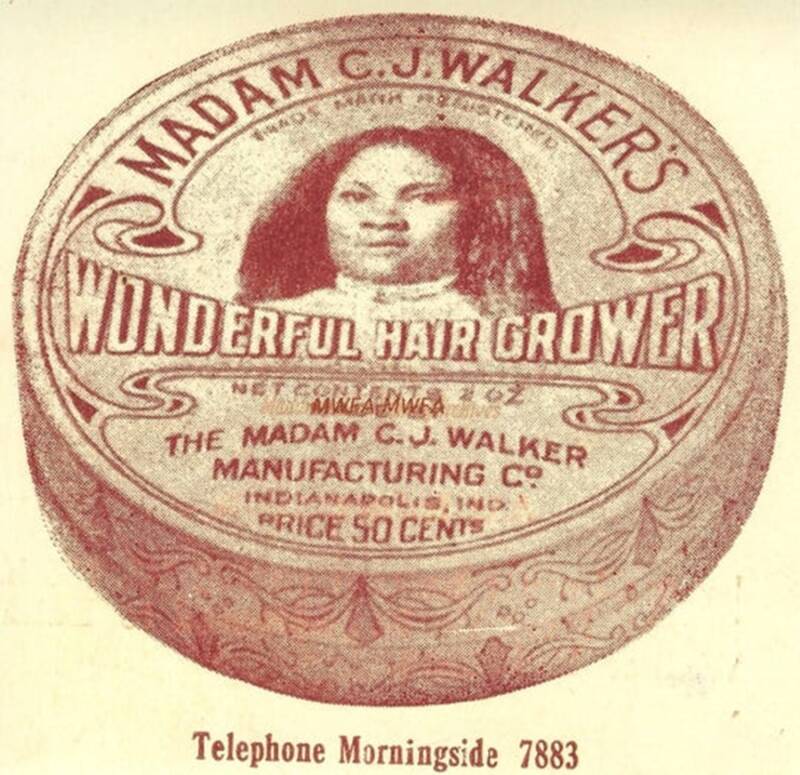 Walker’s parents tried to shield their children from the violence around them and, for the most part, succeeded. According to childhood friend Celeste Hawkins, the future Madam C.J. Walker was an “open-faced good gal.” The two often enjoyed neighborhood picnics and fish fry events as children.

Sadly, by the time Walker turned seven, both of her parents had died. She was forced to move in with her sister and her abusive brother-in-law. After some time working in the cotton fields, young Walker married Moses McWilliams, partly as a way to escape the abuse at her sister’s home. She was only 14 at the time.

In 1887, Walker found herself widowed with a two-year-old and no money. Desperate, the young mother packed her bags and took her daughter, Lelia, to St. Louis, Missouri, where her brothers were.

The Making Of Madam C.J. Walker 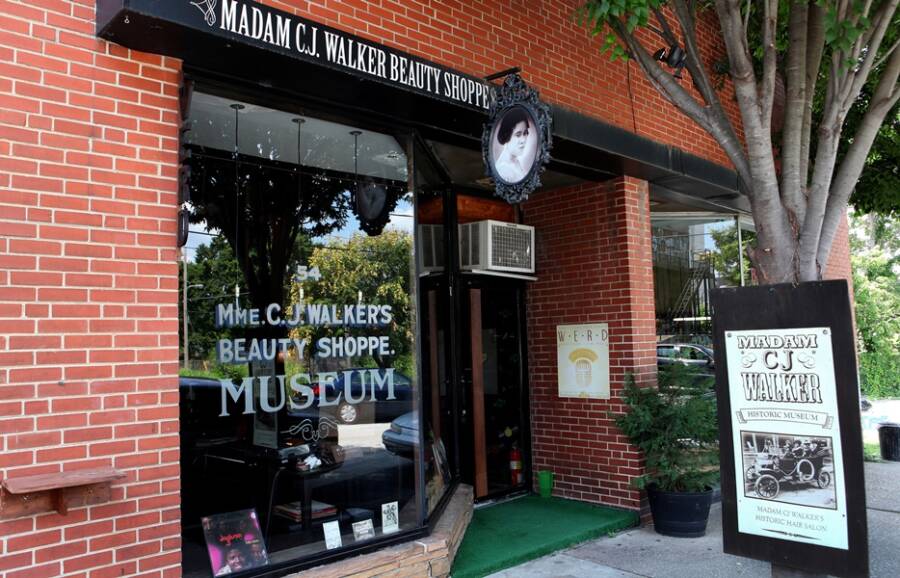 In St. Louis, things were slightly better. The future Madam C.J. Walker found work as a laundress and cook. She also joined the African Methodist Episcopal Church, which boasted an influential congregation.

The struggling mother then met her second husband, John Davis, but their marriage fell apart due to his alleged abuse. On top of that, she felt enormous pressure being the main breadwinner in her family. Nevertheless, she continued to work hard to try to give her daughter a better life.

“I did washing for families in St. Louis, and saved enough… to put my little girl in a school in Knoxville, Tennessee,” she said years later.

As she worked long hours, Walker began to notice that she was experiencing hair loss. Her work as a laundress probably contributed to this problem, since she was often surrounded by harsh lye soap and hot steam.

On top of that, she may not have been able to wash her hair as frequently as she would’ve liked. During the early 1900s, many poor Americans did not have indoor plumbing, which made bathing a luxury.

It wasn’t until 1904 that her life would take a dramatic turn. Walker began using a product called “The Great Wonderful Hair Grower,” which was created by another Black female entrepreneur, Annie Turbo Malone. Impressed with the formula and eager to learn more about it, she soon became one of Malone’s sales agents.

After Walker gained enough know-how to create hair-care products, she decided to develop her own line.

So a year later, the budding entrepreneur moved to Denver. It was there where she met her third husband, Charles Joseph Walker, or C.J. Walker. After marrying him, she took his last name and adopted the nickname Madam C.J. Walker. And her new chapter was about to begin. 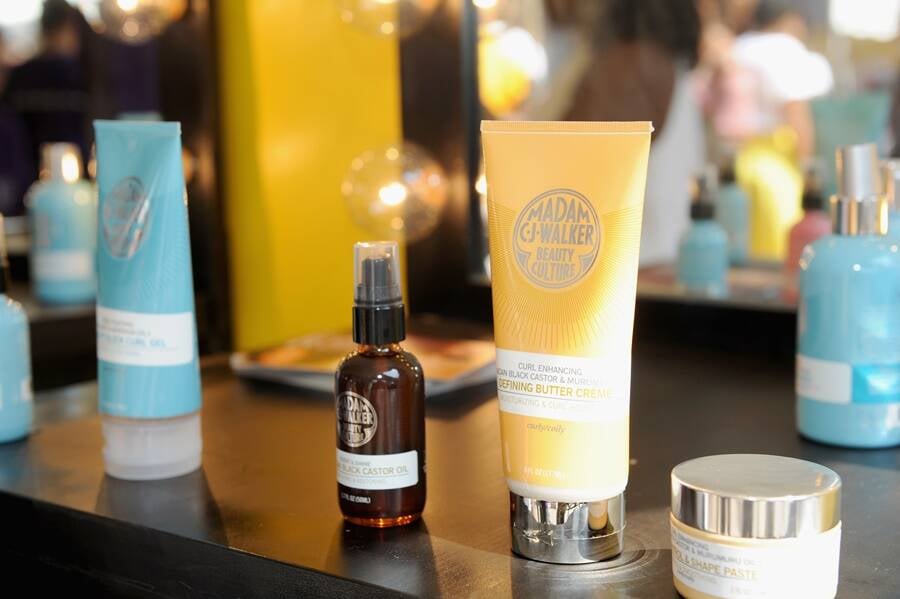 She sold her products door-to-door, teaching Black women how to style and care for their locks. Before long, Walker began a mail-order operation, which gradually expanded into a true empire.

After she divorced her third husband, Walker moved to Indianapolis, Indiana in 1910, where she built a factory for her Walker Manufacturing Company. She also established a salon and a beauty school to train her sales agents.

Along with investing in her brand, she also invested in her Black workforce. She ultimately employed about 40,000 African American employees. 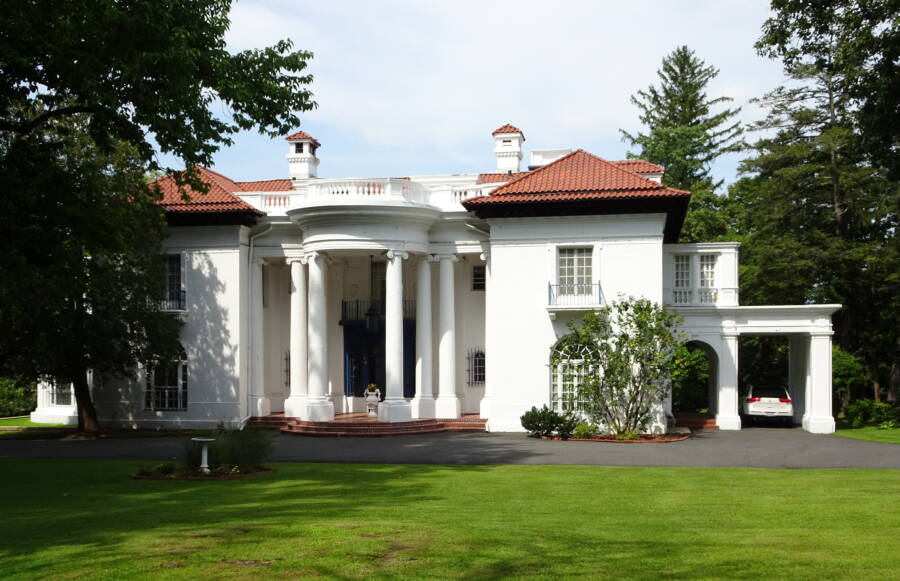 Madam C.J. Walker soon earned a reputation as one of the country’s few successful female entrepreneurs of the early 20th century. But as her wealth increased, so did her generosity and philanthropy.

When she pledged $1,000 to fund a new YMCA center within the city’s Black community, the donation became a symbol of Black excellence, especially at a time when such wealth for an African American was unheard of.

However, not all Black people were supportive of her work at first. Booker T. Washington was one notable figure who initially ignored her success.

When Washington tried to deny her a chance to speak at the prestigious National Negro Business League convention in 1912, Madam C.J. Walker responded with aplomb:

The following year, Washington invited Walker as one of the convention’s keynote speakers.

The Weight Of Her Legacy Today 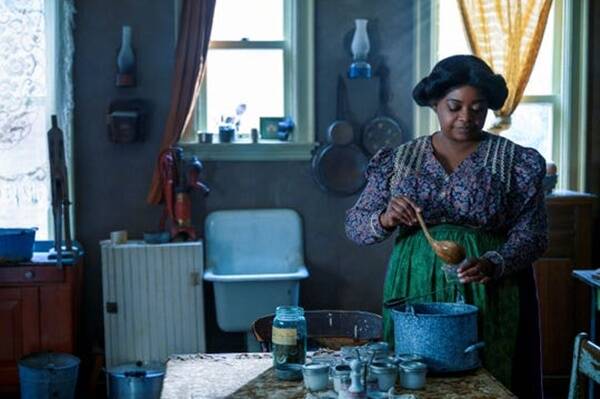 NetflixIn Netflix’s Self Made, Madam C.J. Walker is played by actress Octavia Spencer.

Madam C.J. Walker was well known for her philanthropic and political outreach. She covered tuition for six African American students at the elite Tuskegee Institute and she was active in the anti-lynching movement.

In 1917, the entrepreneur held the Walker Hair Culturists Union of America convention in Philadelphia, which drew 200 agents and became one of the first national gatherings of American women in business.

Just prior to dying of kidney failure at the age of 51 in 1919, Walker revised her will, bequeathing two-thirds of her company’s future net profits to charity as well as $100,000 to various orphanages, individuals, and educational institutions for youths.

Madam C.J. Walker’s incredible life story of resilience, ambition, and generosity are carried on by her great-great-granddaughter A’Leila Bundles, who continues to honor her ancestor’s legacy.

Her life story was adapted onto the small screen in Netflix’s four-part miniseries Self Made. Starring Academy Award-winning actress Octavia Spencer, the series was originally released on March 20, 2020.

It’s no surprise why Walker has gone down in history as an enormously successful entrepreneur when all the odds were stacked against her. But whenever she was asked about the secret to her success, she’d say:

“There is no royal flower-strewn path to success, and if there is, I have not found it, for whatever success I have attained has been the result of much hard work and many sleepless nights. I got my start by giving myself a start. So don’t sit down and wait for the opportunities to come. You have to get up and make them for yourselves!”

Now that you’ve learned about Madam C.J. Walker’s remarkable life, take a look at the seven Black billionaires in modern-day America. Then, meet important Black inventors who were almost written out of history.