From Jay-Z to Oprah Winfrey, these Black billionaires all overcame incredible odds to get to where they are today. 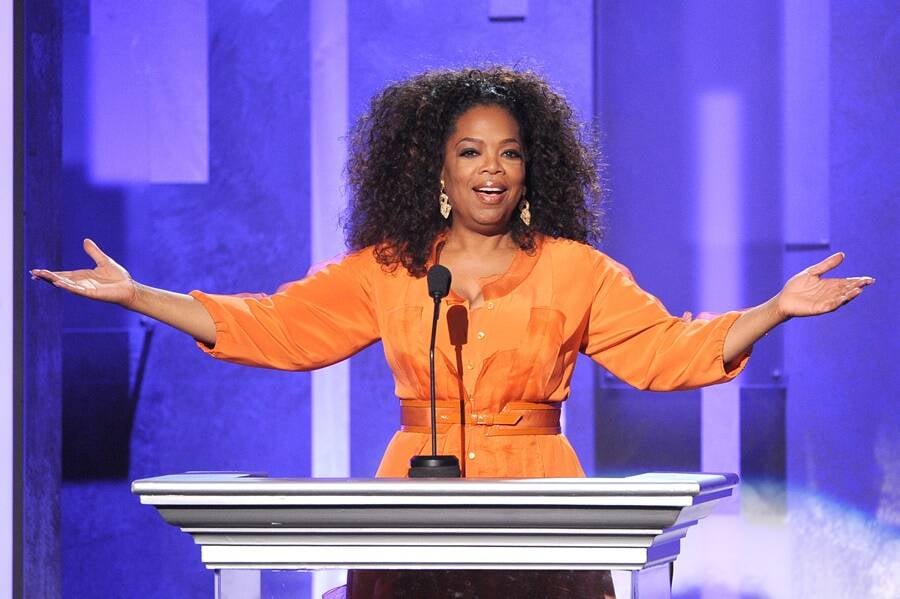 Kevin Winter/Getty Images for NAACP Image AwardsMedia mogul Oprah Winfrey is one of six Black billionaires out of the 615 total billionaires in America.

After Forbes released their annual Billionaires List in 2020, a revelation emerged: Out of the 615 billionaires in America, just seven of them are African American. Only one of those six Black billionaires is a woman.

It’s nearly impossible to become a billionaire in America to start with, but it’s especially difficult if you’re Black. One out of three billionaires in the United States aren’t self-made, but instead inherited it from generations of passed down wealth. Just a century ago, most Black people weren’t even allowed to own significant amounts of property, much less start a successful business.

In the early 20th century, Black people were often able to get rich only by sheer chance. Perhaps the most famous example is Sarah Rector, who became a millionaire at age 12. As a descendent of slaves owned by Native Americans, the land she was granted was found to contain copious amounts of oil. At one point, she was so wealthy that she was legally declared white.

Other than winning the proverbial lottery, the only other way a Black person could get rich back then was if he or she happened to be an expert on a niche product in the business world. For instance, Madam C.J. Walker became enormously wealthy thanks to her signature hair products, which addressed the widespread issue of hair loss.

Even today, many Black entrepreneurs feel shut out from the traditional business world, which forces them to look for other ways to make money. This is especially clear in the three comma club.

Among the seven African Americans who made the elite list, five of them achieved their wealth through sports and entertainment, reinforcing the oft held notion that Black Americans have found relatively less road blocks to success in these fields. However, it’s also worth noting that the two richest Black billionaires in the U.S. work in tech and investments.

It’s also important to acknowledge that the lack of Black billionaires is not unique to America. According to 2019 estimates, there are about 2,153 billionaires in the world — and only 13 of them are Black. The richest Black man in the world is Nigerian businessman Aliko Dangote, the man who founded Dangote Cement. His net worth is currently estimated at $7.7 billion.

Let’s take a look at America’s handful of Black billionaires and their remarkable journeys to financial success. 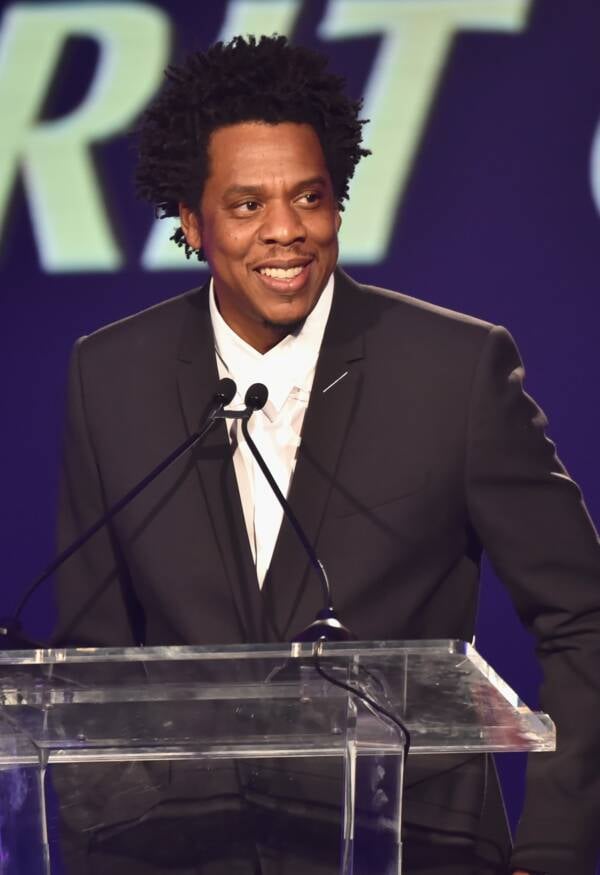 Kevin Mazur/Getty Images for City of HopeForbes estimated Jay-Z’s net worth at $1 billion.

Dubbed “hip-hop’s first billionaire” by Forbes, Jay-Z, whose given name is Shawn Carter, is estimated to have a net worth of $1 billion.

Jay-Z’s claim to fame first came through music, but his journey to get there wasn’t easy. He grew up in the Marcy Houses, a public housing complex in Brooklyn’s Bedford-Stuyvesant neighborhood, infamous for its subpar conditions and violent environment.

References to his rough upbringing in the projects permeate through his songs, and explicit mentions to his Marcy roots are found in “Murda Marcyville,” “Where I’m From,” and “Marcy Me,” to name a few.

Jay-Z didn’t shift from his street hustles to his music career until he was 26 years old, when he released his 1996 debut album Reasonable Doubt. But that late start to his hip-hop career ended up being an advantage.

The billionaire came a long way from his upbringing in Brooklyn’s Marcy Houses.

His distinct voice and lightning-quick spits attracted fans, but it wasn’t until he released his 1998 album Vol.2… Hard Knock Life that he became a superstar, winning his first Grammy Award for Best Rap Album.

Since then, he has amassed 14 studio albums and 22 Grammys, putting out hit records with top artists like Eminem, Bono, his wife Beyoncé, and Kanye West, another rapper who is one of the few Black billionaires in America.

Thanks to his business savvy, Jay-Z has made over $500 million in pretax earnings. After his Grammy win, he started his Rocawear clothing line, one of his first business ventures outside of music. 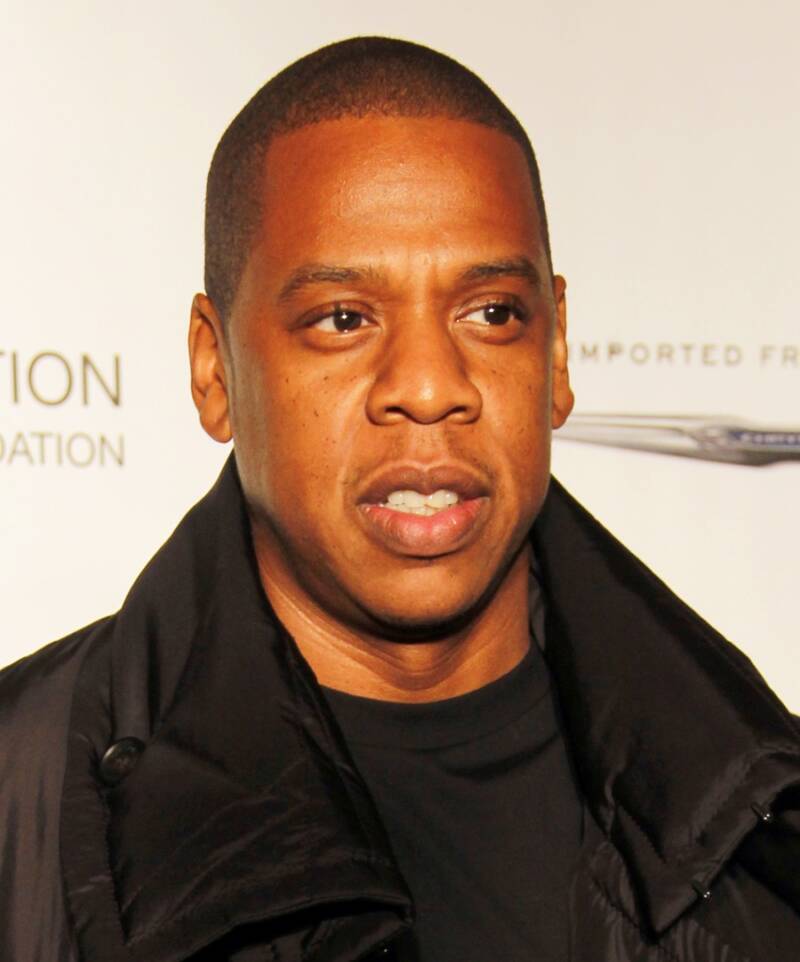 Wikimedia CommonsMuch of Jay-Z’s philanthropy is carried out through the Shawn Carter Foundation, headed by his mother, Gloria.

He has since built an impressive portfolio parlaying into several business ventures, including entertainment labels, an upscale sports club, and a music-streaming service. He also has a stake in Uber and co-owns the cognac D’Ussé.

“It’s bigger than hip-hop,” said music producer Kasseem “Swizz Beatz” Dean of Jay-Z’s success as both a Black musician and businessman. “It’s the blueprint for our culture. A guy that looks like us, sounds like us, loves us, made it to something that we always felt that was above us.”