By the time she turned 18, Sarah Rector's net worth was estimated at over $1 million — about $28 million today. And it all came from undesirable land that the federal government gave her.

In 1913, 11-year-old Sarah Rector became the richest Black girl in America, almost by accident. She had been born into poverty as a member of the Muscogee Nation in Oklahoma in 1902, and received, as did every member of the Nation, a plot of undesirable land in the territory when it was made a state in 1907.

But unbeknownst to anyone else at the time, Sarah’s land had a wealth of oil sitting just below the surface. Eventually, it netted her upwards of $8,000 per day in today’s currency. And, perhaps most remarkably for the time, Sarah Rector was able to keep just about all her money. 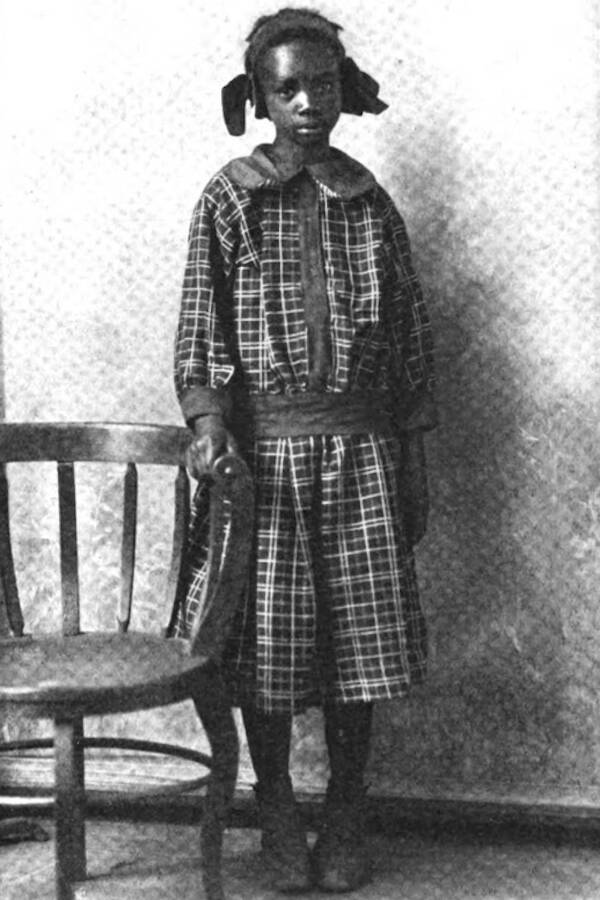 By the time she moved to Kansas City in her late teens, Sarah Rector’s net worth was estimated to be greater than $1 million — over $28 million today — spread between oil fields, 2,000 acres of farmland in Oklahoma, and investments in numerous businesses in Kansas City.

Her story spread throughout the national news, with both Black and white papers dubbing her “The Richest Negro Girl in the World.”

Sarah Rector Was Descended From Enslaved People In The Muscogee Nation 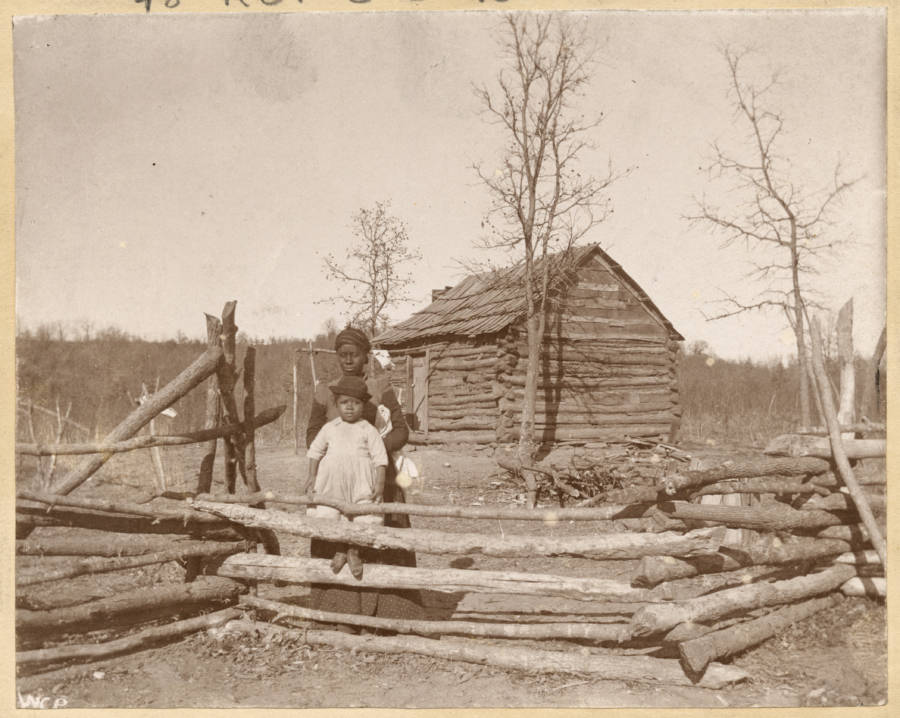 National ArchivesA typical cabin for Creek Freedmen on Muscogee (Creek) Nation land in Oklahoma, similar to where Sarah Rector would have been born.

Sarah Rector was born in 1902 in what is today Taft, Oklahoma. Back then, it was known as Twine, Indian Territory, since Oklahoma had not yet been incorporated as a state. The town belonged to the Muscogee (Creek) Nation, and was one of several all-Black towns set up specifically for descendants of Africans enslaved by the Nation prior to the Civil War.

Mollie McQueen, Sarah’s paternal great-great-grandmother, was enslaved by Creek Chief Opothleyahola in Alabama. When his people were forced west of the Mississippi by the U.S. government, the chief took his enslaved workers with him.

When the Indian territory where Rector was born became Oklahoma in 1907, the federal government granted each member of the Creek Nation a land allotment, including descendants of people enslaved by the Nation like four-year-old Sarah Rector.

Like most other dealings the government had with Indigenous Americans, it was not entirely honest. The land allotments were usually rocky and unsuitable for farming, while the more arable lands were sold to white settlers. Sarah’s land, totaling 160 acres, was valued at a mere $556.50, roughly $15,000 today.

Moreover, Sarah’s parents, Joseph and Rose, were also forced to pay a land tax of $30 per year on their daughter’s property. This was a burden that became so great that Joseph attempted to sell Sarah’s land, but was blocked from doing so by state law, which forbade the sale of lands belonging to minors.

Ironically, this government prohibition proved to be the family’s greatest blessing.

How Sarah Rector Struck It Rich In The Oil Industry 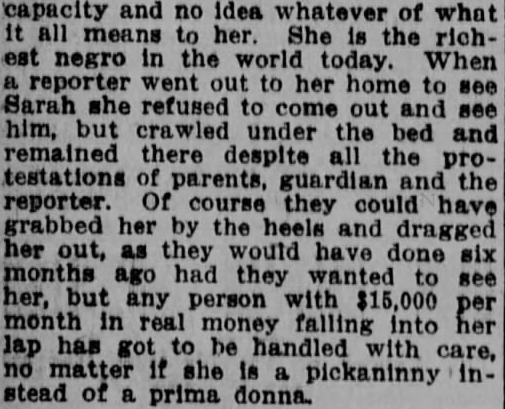 The Wichita BeaconNewspaper articles about Sarah Rector spread throughout America and were filled with the casual racism of the era.

Since he could not sell the land, Joseph Rector decided to lease it out to a Pittsburgh oil company. At the turn of the 20th century, the Indian Territory was the country’s biggest oil producer. After Oklahoma earned statehood in 1907, the new state continued to draw drillers to the area hoping to get lucky.

Then, in the fall of 1913, an independent driller struck liquid gold on Sarah Rector’s land, bringing the family royalties of $300 per day, about $8,000 today. Some estimates place Sarah Rector’s net worth at the time at $1 million, or about $28 million today. One newspaper dubbed her “the richest negro in the world.”

Under the laws of the time, black parents were not automatically given guardianship of their own children. They had to petition a court to obtain it or otherwise request a white guardian. Sarah’s parents had selected a white guardian for her – Thomas Jefferson Porter.

According to historian Tonya Bolden in her biography Searching for Sarah Rector: The Richest Black Girl in America, Jefferson “had been the family’s benefactor for years and long before there was any probability of them every having money.”

Although Joseph Rector had selected Porter as Sarah’s guardian before oil was discovered on her land, newspapers soon picked up the story that the Rector family was still living in relative poverty while Sarah’s white guardian was making a killing off her oil. 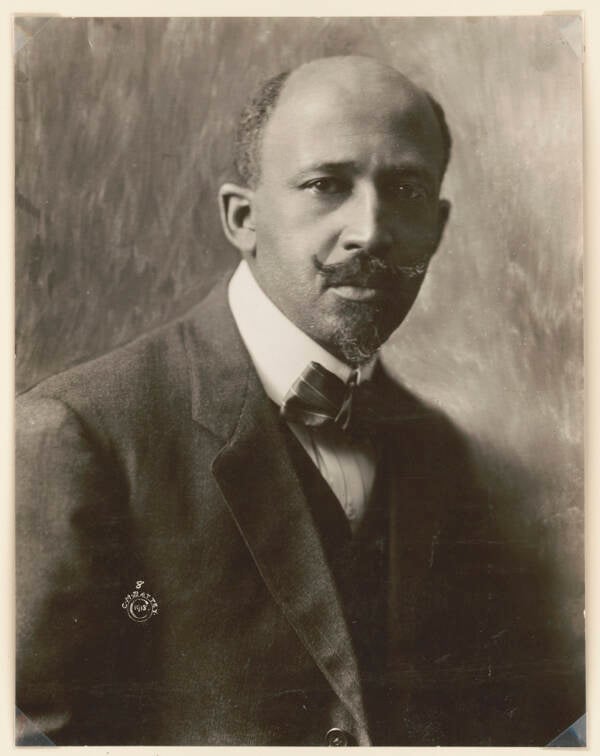 Library of CongressW.E.B. Du Bois, who got involved with Sarah Rector’s case when he heard rumors her money was being mismanaged by a white man.

Soon, the NAACP and W.E.B. Du Bois himself got involved, hoping to verify this story and rectify any injustice done to Sarah. Du Bois is said to have written directly to the county judge who oversaw Rector’s affairs for more information.

But instead of hearing that Porter was taking advantage of Sarah in the manner described, Du Bois was reassured.

Muscogee Judge Leahy wrote back and confirmed that Porter received less than two percent of Sarah’s total income, that the Rectors lived in a new, fully-furnished five-room cottage, and that Sarah and her sister were set to attend a boarding school run by Booker T. Washington.

Sarah Rector was fortunate in that her guardian did not take advantage of her wealth and that the local law protected her (many other black children wound up being scammed out of their wealth or far worse).

The Muskogee Cimeter, a black Oklahoma newspaper declared, “It takes an awful big man to give the Negro a square deal and Muskogee’s judge is such a man.”

Her Later Life And Marriage In Kansas City 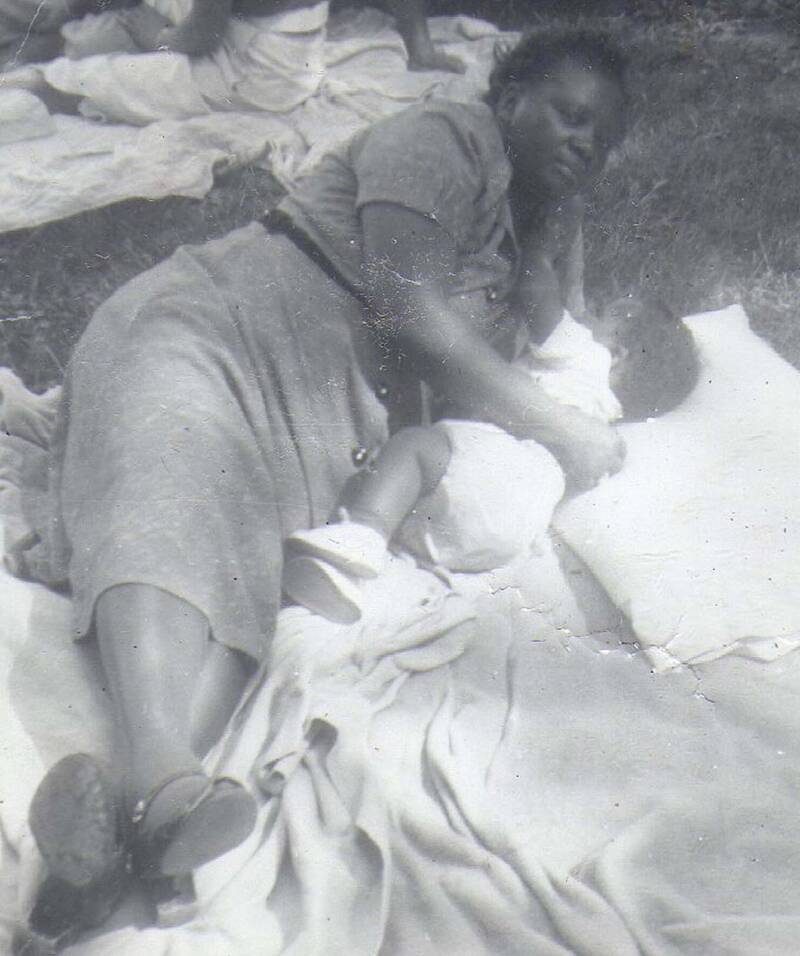 Rector Family PhotographSarah Rector moved to Kansas City in 1917, where she finished high school and stayed for the rest of her life.

With all the attention surrounding her wealth, eventually Sarah Rector attracted the attention of another type of man: one who did not see black or white so much as green. The 12-year-old was soon receiving marriage proposals from suitors as far away as Germany.

Of course, people never stopped trying to take advantage of Rector’s fortune. When a change to Oklahoma law raised the legal age from 18 to 21, a local white man attempted to make himself the young millionaire’s legal guardian. The courts again sided with Rector, ruling that since she had managed her property “with such astuteness” that she “needs no guardian.”

Sarah wound up marrying a former college football player she met in Kansas City. The couple reveled in their position as “local royalty,” driving fancy cars and hosting Joe Louis, Duke Ellington, and Count Basie in their mansion.

“There, the Rectors eventually moved into a home that was a far cry from that weather-whipped two-room cabin in which Sarah began life. This home-place was a stately stone house. It became known as the Rector Mansion,” Tonya Bolden said.

Sarah Rector was not immune from the Great Depression, however, which cost her most of her fortune and Sarah Rector’s net worth at the time of her death is a matter of debate and speculation. She died in 1967 at age 65 and was buried in Taft.

The Rector Mansion in Kansas City still stands though, and her descendants hope to buy it back from the city and turn it into a museum about her life.

After learning about Sarah Rector, read about Mansa Musa, who may have been the richest person ever. Then check out the 10 richest people of all time.