Scientists have done the "impossible" and bred Russian sturgeon and American paddlefish to create a bizarre-looking hybrid. 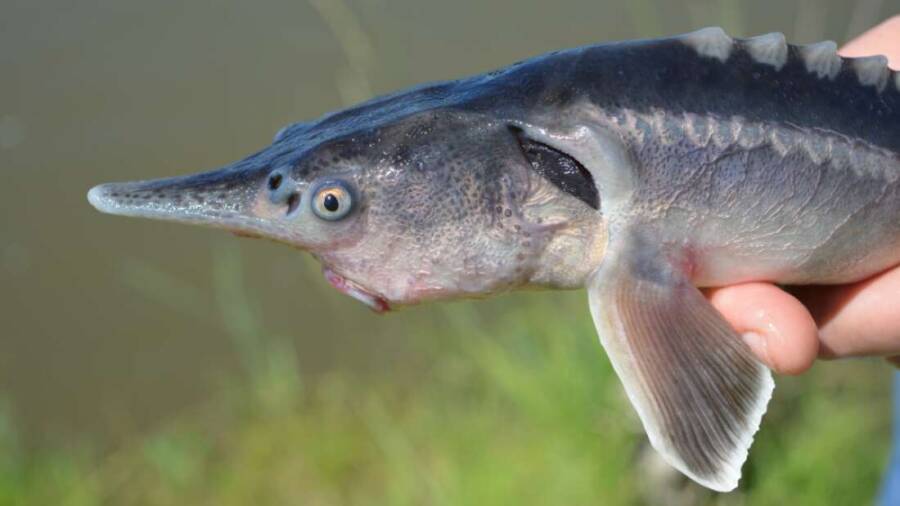 Research Institute for Fisheries and AquacultureThe hundred or so hybrids now in captivity display varying ratios of features from both their paddlefish and sturgeon parents.

With a little help from Hungarian scientists, the seemingly impossible just occurred — the birth of long-nosed, spiky-finned hybrids of Russian sturgeons and American paddlefish. Though the results were accidental, about 100 of these so-called “sturddlefish” are now in captivity.

According to LiveScience, the Research Institute for Fisheries and Aquaculture in Hungary scientists didn’t intend to birth this entirely new species. After all, 184 million years of evolution on separate continents made it seem clear that these two kinds of fish were sexually incompatible.

After placing sperm from an American paddlefish near eggs from a Russian sturgeon, however, they were proven wrong. According to ScienceAlert, the eggs reproduced asexually through gynogesis, a process that requires the presence of sperm but not the actual introduction of its DNA.

Published in the Genes journal, the findings reveal utter shock at DNA being transferred after all. The two endangered fish species now find themselves with a new cousin, despite the intentions of those overseeing the experiment. Life, as they say, finds a way. 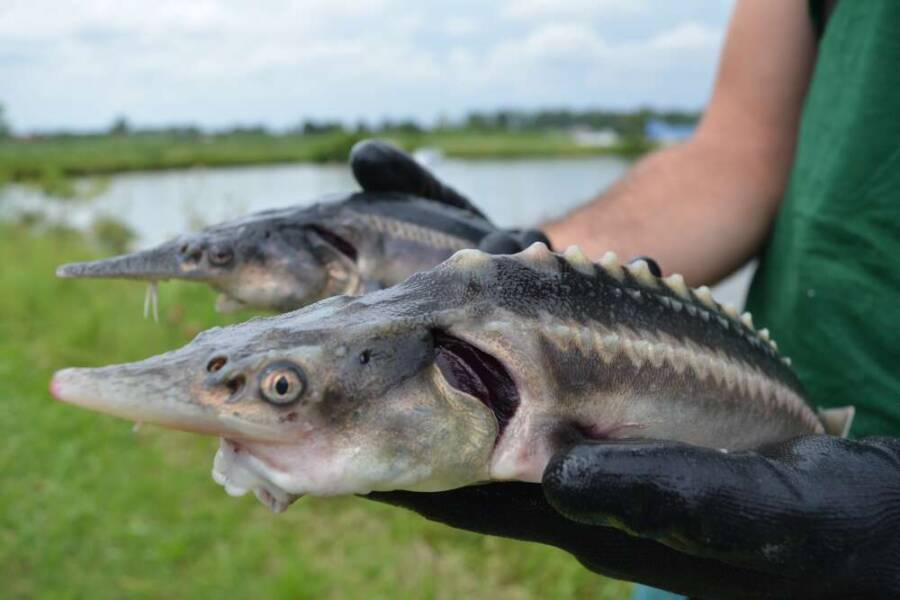 According to IFL Science, the goal was to confirm whether or not introducing asexual reproduction into these fish species could help protect their dwindling populations. Both animals are endangered, with populations plummeting rapidly due to pollution, overfishing, and habitat loss.

Hybridization was the last thing on their minds, as scientists were well aware that the two species are further apart on the evolutionary tree than humans and mice. The result was rather surprising, to say the least.

“We never wanted to play around with hybridization,” said Attila Mozsár, a senior research fellow at the institute.

Made up from the gametes of seven individual fish, the hybrids exhibit varying ratios of features from both species. The offspring are aesthetically perplexing, with some partly resembling their father and others their mother. They have sturgeon fins and snouts, but paddlefish mouths and appetites.

“I did a double-take when I saw it,” Solomon David, aquatic ecologist at Nicholls State University in Louisiana, told The New York Times. “I just didn’t believe it. I thought, hybridization between sturgeon and paddlefish? There’s no way.” 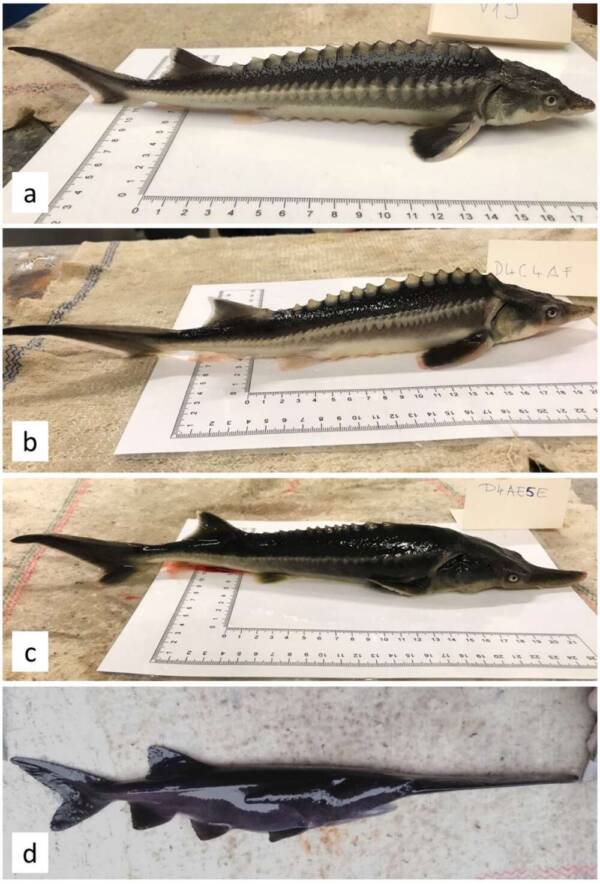 Research Institute for Fisheries and AquacultureA Russian sturgeon (A), sturddlefish hybrids (B, C), and an American paddlefish (D).

Both the sturgeon and the paddlefish are among the largest and longest-living fish species in existence, with their prehistoric divergence from the evolutionary tree marking them as living fossils. The last time they shared a common ancestor was when dinosaurs roamed across the American continent.

Russian sturgeons typically inhabit the riverbeds, seafloor, and lakes in eastern Europe and the Middle East. They don’t have a presence in the United States, not even as an introduced species. American paddlefish, meanwhile, use their long snouts to dig for food in American rivers.

“These phenomena could lead to a higher similarity, compatibility, and flexibility among the sturgeon genomes and allow the hybridization between Russian sturgeon and American paddlefish despite the large geographical, physiological, and morphological distances,” the study argued.

As such, the success of this hybridization is quite the scientific achievement. Previous efforts between similarly distant families of animals have failed completely. The new sturddlefish individuals being held in captivity have survival rates beyond 30 days that range from 62 to 74 percent.

The researchers said that there’s currently no intention of creating any more sturddlefish. Nonetheless, continuing to study how the two species that birthed them reproduce is certainly on the docket with a focus on finding out how best to protect them from extinction.

With the International Union for the Conservation of Nature confirming earlier this year that sturgeon are “more critically endangered than any other group of species” — they hopefully will.

After learning about the hybrid fish species accidentally bred in a Hungarian lab shocking the scientific community, read about the Japanese government plan to create human-rodent hybrids for organ harvesting. Then, learn about scientists creating a human-animal hybrid in a lab.