The flash flood of ash comes on the heels of a fire that scorched 119,000 acres of mountain land. 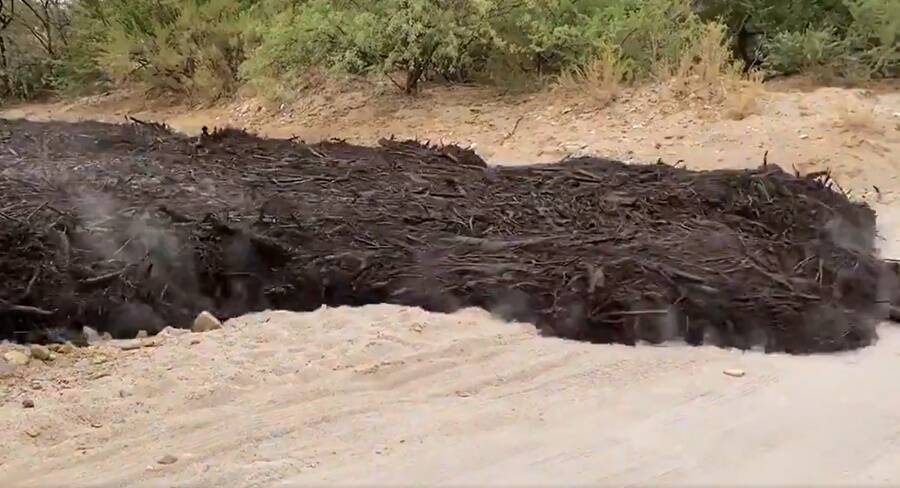 Official Pima County/TwitterA flash flood of ash and debris barreled through the roads in Pima County catching officials off guard.

Between the pandemic, the Australian wildfires, and the arrival of Asian giant hornets to the U.S., it is starting to feel as if we’re living in a true doomsday scenario.

At least, that’s likely the sentiment felt by officials in Pima County, Arizona when they witnessed a mass of steaming black sludge rip through their local landscape.

A video posted to the official Twitter account for the Pima County government showed what looked like a black avalanche from the depths of hell. The mesmerizing video was accompanied by the rhetorical, yet fitting, question: “Who had this on their 2020 hellscape bingo card?”

Who had this on their 2020 hellscape bingo card? pic.twitter.com/fUNvIVS7aw

Although the oozing black sludge may look like a nightmare, it was actually a fairly common natural phenomenon. Scientists call it a “flash flood” of forest debris that formed when the soil could not properly absorb falling rain water. This often occurs following a wildfire.

According to the U.S. Geological Survey (USGS), charred ground following a fire loses its ability to absorb water — even low levels of it. Instead, the rainwater accumulates and mixes with earthy materials including ash from the fire, mud, and vegetation.

According to Pima County officials, this northern Tucson flood was the result of five hours of 0.83 inches of rain accumulating at the top of the Cañada watershed in the Santa Catalina Mountains.

This flood comes in the wake of the Bighorn Fire, which has destroyed more than 119,000 acres of land in the west end of the Santa Catalina Mountains north of Tucson since June 5, 2020.

Local authorities have warned residents of these flash floods in letters distributed after the fire.

Still, the sight of an indiscernible body of pitch-blackness barreling straight down the road would frighten anyone. For instance, county regional flood control hydrologist Lynn Orchard described the phenomenon as being “like oil or tar.” She admitted that it was indeed “scary.”

What’s worse, the amount of rainfall that followed the Bighorn Fire in the area isn’t even considered a high amount by any means, especially not during the monsoon season.

“It’s a good, solid rainstorm but not a 100-year event,” Orchard said. “From a monsoon perspective… it was a pretty small rainstorm, run of the mill.” This means that residents could be bracing themselves for more and larger flash floods to come over the summer. 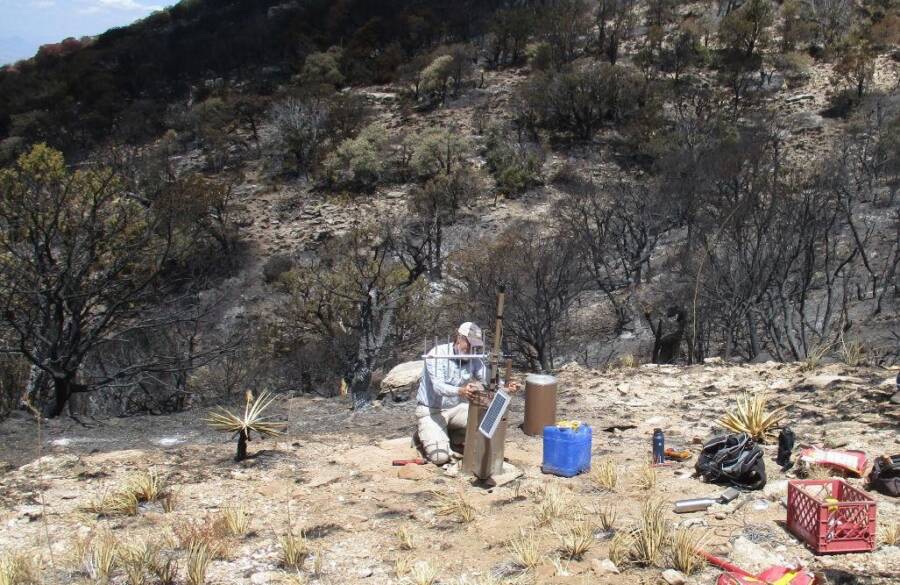 Flash floods can destabilize paths and roads, and may also have a negative impact on the local groundwater supply and wildlife. This is because nitrate compounds found in ash can seep into the groundwater and contaminate it. Elevated nitrates and ammonium levels can also have averse effects on fish and aquatic invertebrates.

Meanwhile, authorities have redirected their focus to ensure that more residents outside of the flood plain will be notified of the danger of flash floods. Even if the flood doesn’t tear through their communities, it might cut off their access to other communities affected by the floods.

“Those 431 letters went to what we identified as residences that needed to be notified, that were close enough that homes could be at risk, if there were a debris flow,” said Joe Cuffari, another flood control district hydrologist.

Let’s hope it does not come to that.

Next, marvel at 21 pictures of an Arizona desert snowstorm. Then, read about one man’s efforts to revive the Brazilian rainforest.