By studying the amount of nitrogen isotopes in giant sloths' fur, scientists determined that these fearsome beasts were omnivores and likely scavenged South America for meat. 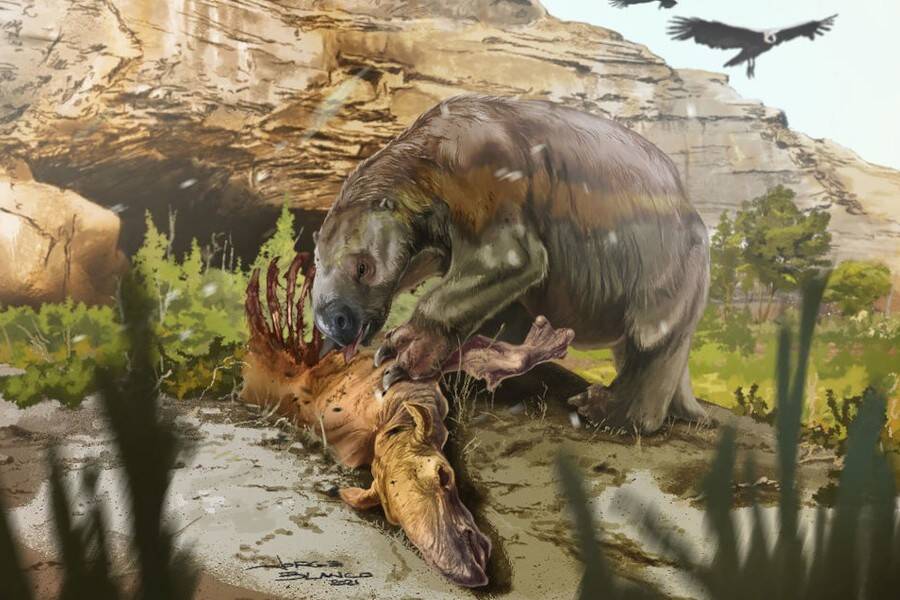 Today’s sloths are small and slow-moving. They are obligate herbivores and stick primarily to eating leaves and fruit, although some have been known to ingest the occasional bird egg when they can get it. But their ancient ancestors were veritable giants — and, according to a new study, actively ate meat.

“Whether they were sporadic scavengers or opportunistic consumers of animal protein can’t be determined from our research,” said lead study author Julia Tejada, an American Museum of Natural History research associate and postdoctoral researcher at the University of Montpellier.

“But we now have strong evidence contradicting the long-standing presumption that all sloths were obligate herbivores.”

To determine what ancient ground sloths ate, researchers analyzed the amount of nitrogen isotopes found in their fur. They searched for an isotope called nitrogen-15, which indicates where an animal sat on the food chain — the more it has, the more meat it likely ate.

Though researchers found that some sloths, like North America’s Nothrotheriops shastensis, were, indeed, strictly herbivores, they also uncovered a surprising omnivore. One species of ground sloth found in Patagonia, Mylodon darwinii, also called Darwin’s ground sloth, had enough nitrogen-15 in its fur to suggest it ate both plants and meat.

This giant ground sloth — discovered by Charles Darwin in 1832 and later named for him — weighed between 2,200 and 4,400 pounds and could grow up to 13 feet long. It lived in South America between 1.8 million and 10,000 years ago during the Pleistocene era.

“[The results] clearly indicate that Mylodon was not an obligate herbivore, but instead was an omnivore showing consumption of animal proteins in proportions comparable to the American marten and other mixed feeders,” Tejada and her co-authors explained in a study published in Scientific Reports. 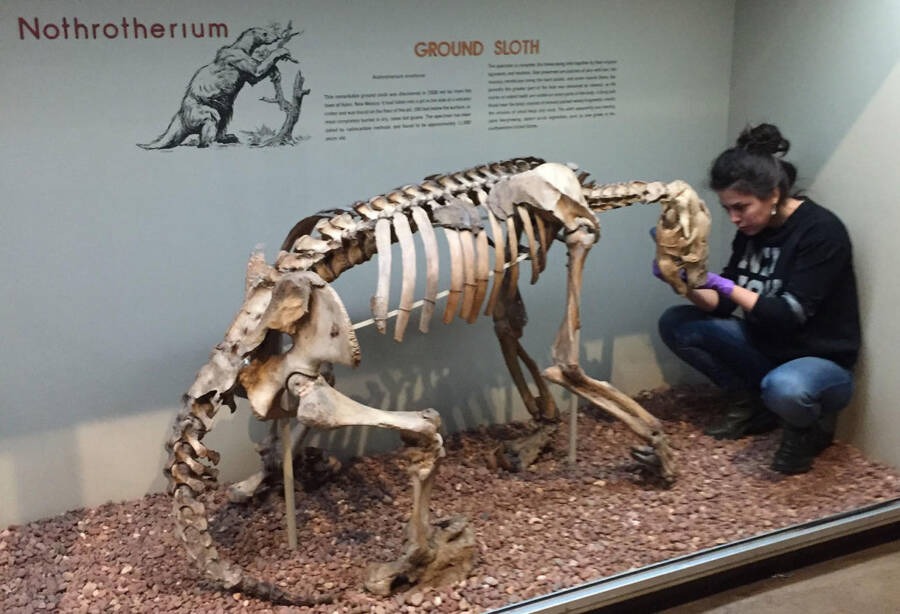 The research team suspects that M. darwinii was more of a scavenger than an outright predator. A lack of bones in the sloth’s feces suggests that it picked at carcasses killed by other animals or perhaps got its animal protein from eating eggs.

Though the new findings are surprising, they also answer several long-held questions about how these ancient giant ground sloths survived.

For example, M. darwinii had small teeth — teeth that seemed far too small for a thriving herbivore — and a small stomach. Though these features might not make sense for a strict herbivore, they would aid an omnivore who consumed easily digestible and high-energy food like meat.

What’s more, scientists have long suspected that there simply wasn’t enough vegetation for all the herbivores that lived in South America at the same time as the giant ground sloth.

Thus, it makes sense that the sloth could eat both meat and plants. Indeed, its varied diet would have helped it survive despite scarce resources. The researchers also posit that it may have even begun to eat meat in order to survive a depletion of resources.

Then again, the discovery that the giant sloth did eat meat also raises new questions. If sloths were omnivores, then what other “vegetarian” animals ate meat too? For Tejada and others, the most recent discovery means that scientists should reexamine what they know about the ancient ecosystem.

“These results, providing the first direct evidence of omnivory in an ancient sloth species, demands reevaluation of the entire ecological structure of ancient mammalian communities in South America,” Tejada said, “as sloths represented a major component of these ecosystems across the past 34 million years.”

Researchers hope to learn more about their feeding habits and shed light on how giant sloths once lived. Certainly, there’s much more to learn about these mysterious, jungle-roaming giants.