The Voynich Manuscript, The World’s Most Mysterious Book

For centuries, the Voynich manuscript has confounded the minds of everyone who has tried to decipher its intricately printed and illustrated pages.

Not a single word of the infamous Voynich manuscript has been understood in modern history. Named after the man to whom it was sold in 1912, Wilfrid Voynich, the fifteenth-century text contains enigmatic undertones of alchemy and an unidentified language intertwined with whimsical, primitive scientific illustrations.

For decades, historians, linguists, and code breakers alike have diligently worked on deciphering the symbols contained within the Voynich manuscript’s age-old pages.

Still proving incomprehensible, the manuscript remains one of the world’s top unsolved mysteries. 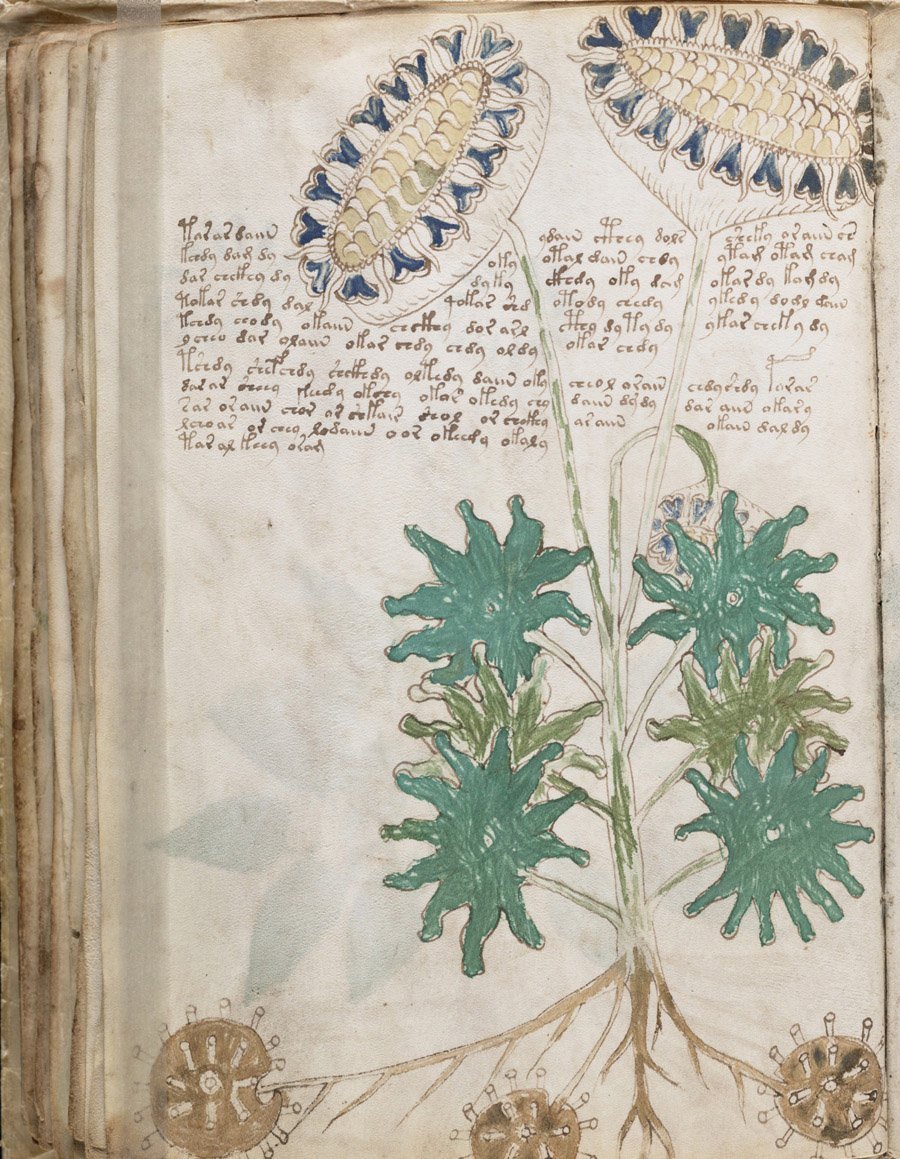 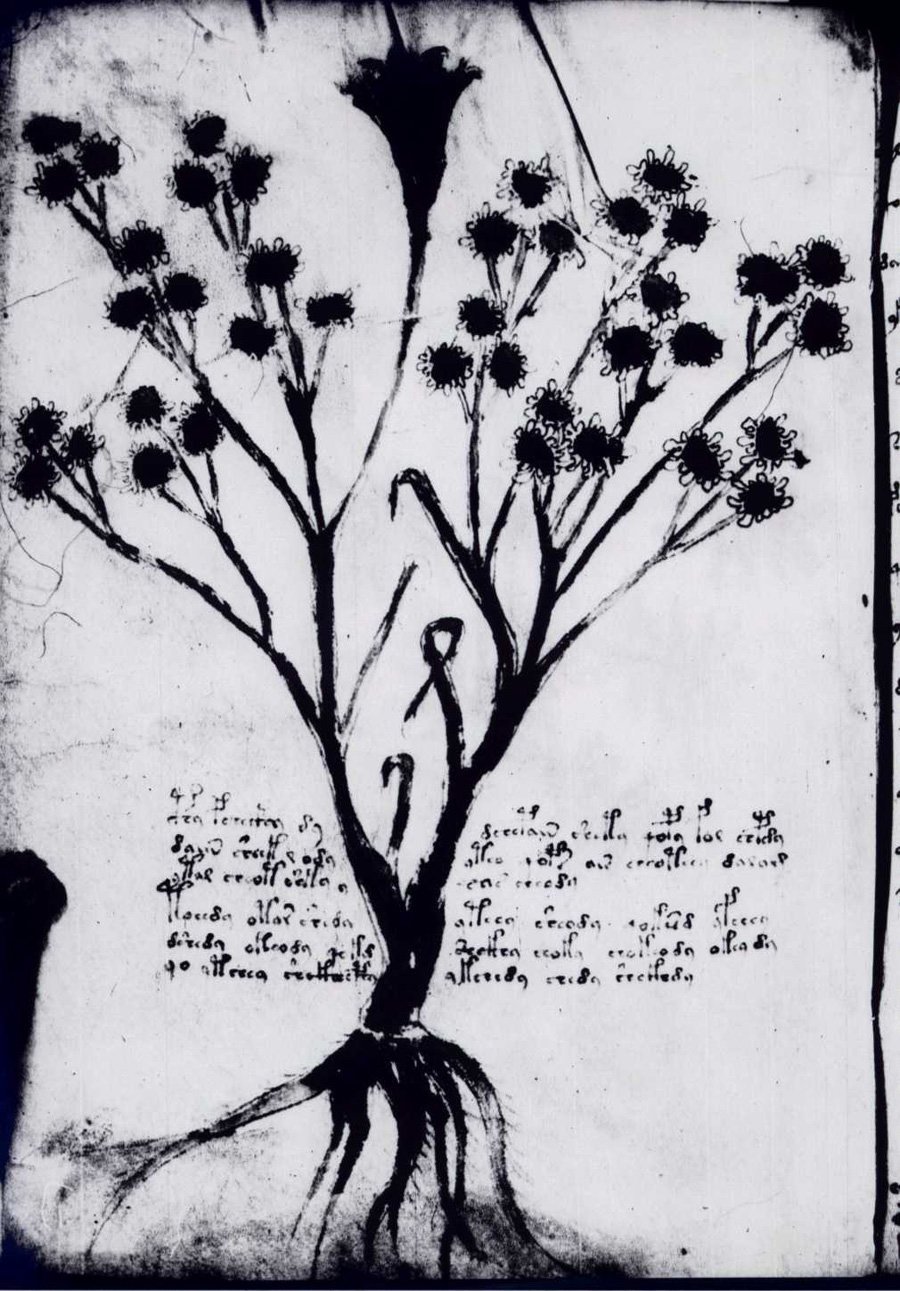 As an antique book dealer, Voynich acquired the mysterious book from the Italian Jesuits of Villa Mondragone, who needed to sell a portion of their impressive manuscript collection in order to afford to restore part of their college.

With his purchase, he also received a letter detailing some of the text’s prior owners – all of whom lived in the early seventeenth century – so he knew the book had to have been written before then.

Given the information in the letter, Voynich thought the author could have been English friar Roger Bacon. He stood by this theory, which would have made his purchase even more valuable, since Bacon stood at the center of European intellectualism.

This idea would later be discarded, as Bacon was dead at the time the manuscript is now said to have been written. Some even believe Voynich could have created the book himself, with skills acquired from collecting antique books. 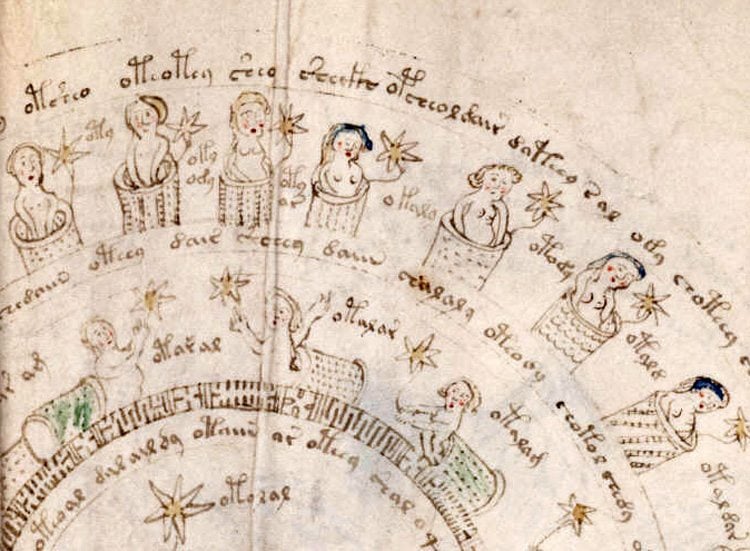 Penned with ink on parchment, the strange alphabet used to write the Voynich Manuscript is completely unidentified and bears few similarities to other alphabets. What is known, however, is that it contains between 23-40 characters.

There are six sections of the manuscript: botanical, astrological, medical, biological, cosmological, pharmaceutical, and stars. (Which is simply 23 pages of plain text.) Some of the pages are folios, which fold out and have markings on either side. Depending on how you count the pages, there are roughly 240 of them, not accounting for those that appear to be missing.

Even a solution to the riddle of the never-before-seen language fails to present itself, the illustrations in the Voynich manuscript are of interest all on their own. From these drawings, experts have deduced that the book may be of a medicinal or botanical nature, as it features depictions of plants and flowers that are strikingly familiar but not yet recognized as modern species.

Along with amusing pictures of unclothed women, frolicking and bathing in odd little receptacles, one can only imagine what might tie all of these images together. 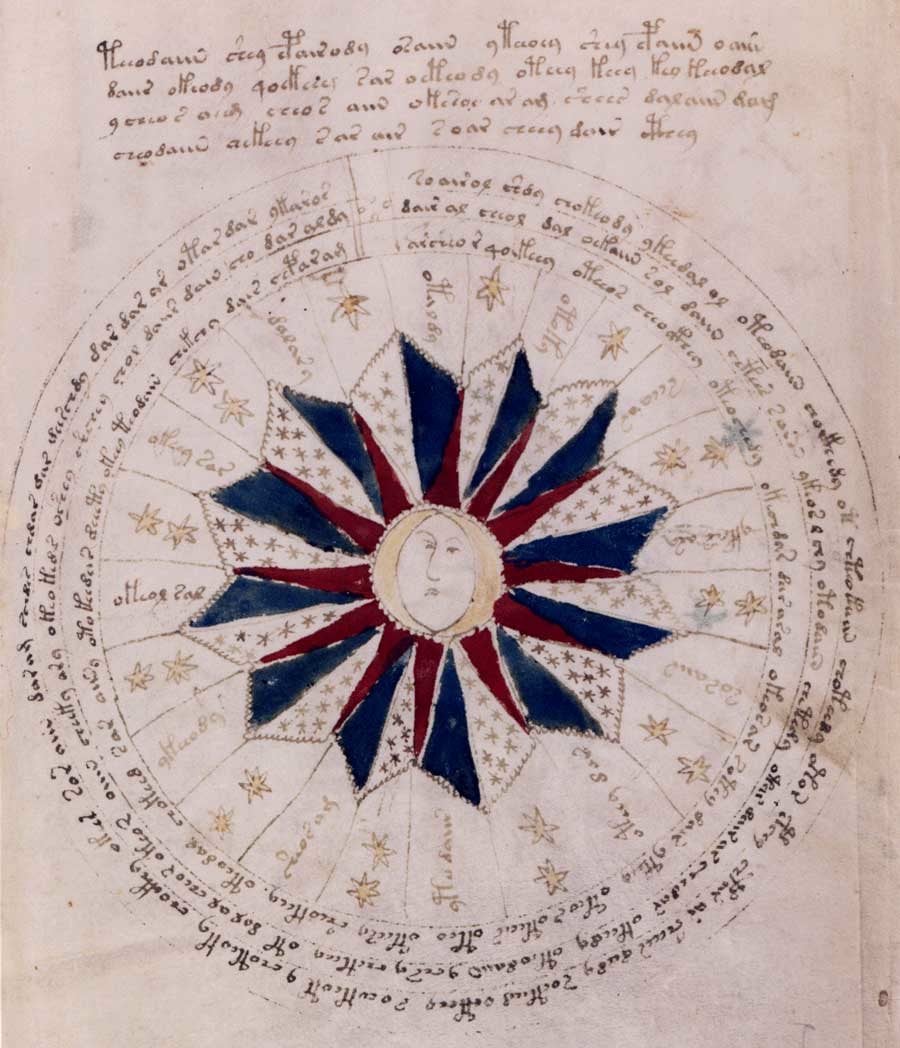 Throughout the centuries, the Voynich manuscript has drawn as much interest as it has criticism. Responding to those who have cried hoax, Dr. Marcello Montemurro and Dr. Damian Zanette suggest that there are complex patterns, along with similar organization and structure that occur in other known languages. In short, they believe this is not just gibberish; someone -or a series of someones- knew what they were writing.

Alternatively, computer scientist Gordon Rugg proposes that the glyphs in the Voynich Manuscript could have been composed using a simple grid, such as a Cardan grille, in some form of stenography. If ever there was a call for internet crowd-sourcing, this would be it. There are thousands of people across the world looking at, theorizing, discussing, and of course, dispelling the legitimacy of this relic on a daily basis. 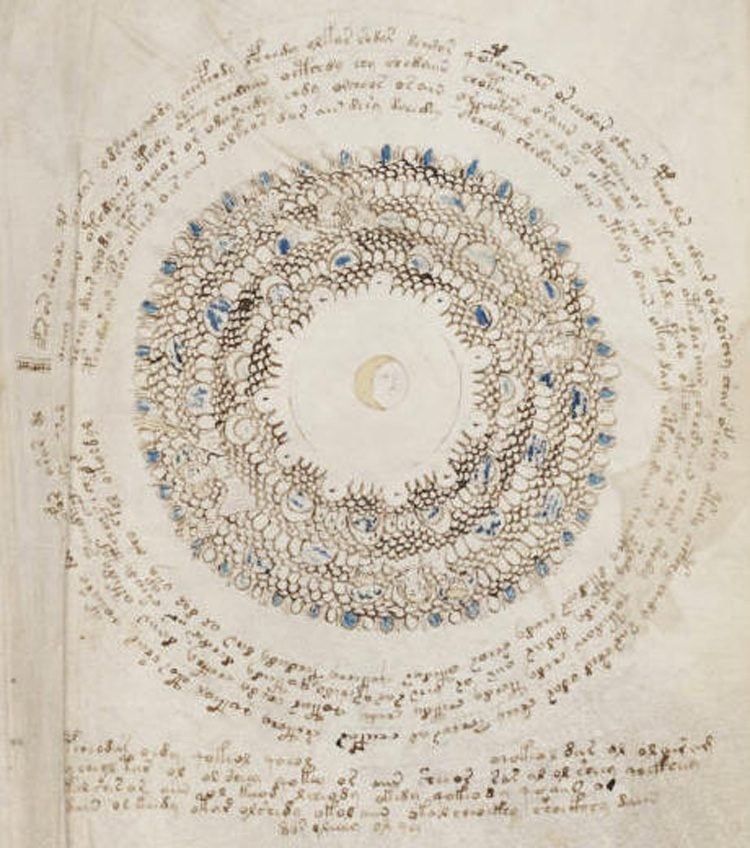 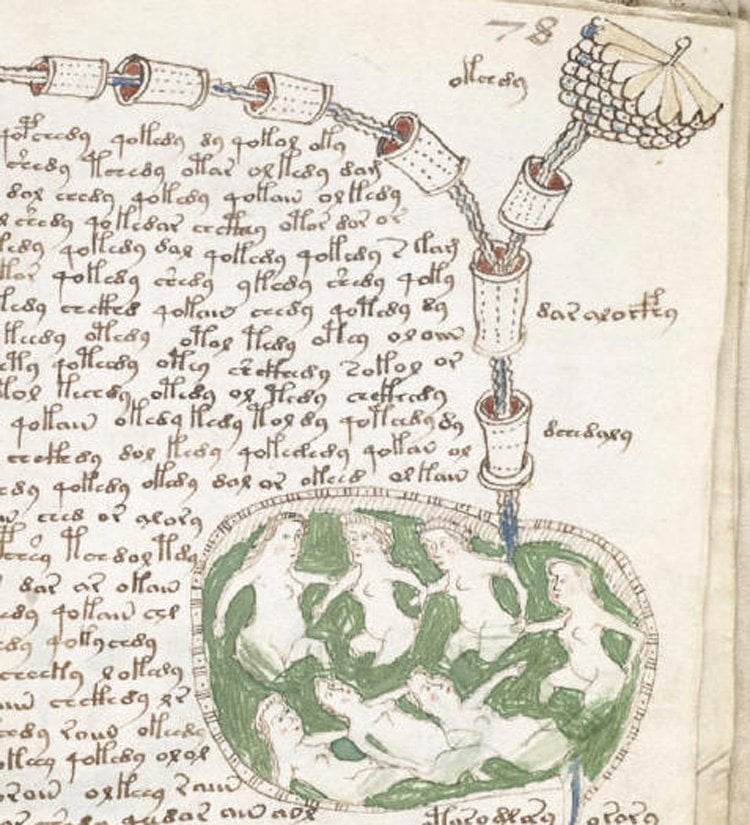 We may never gain insight into the true origins or author(s) of this fantastically fawned and fought over piece of history, but given that several of our best and brightest scientists have gone to their graves still turning over the bits and pieces of this cryptogram, If you’ve got deciphering on the brain, the Voynich manuscript can be found in the Yale University Beinecke Rare Book and Manuscript Library.

Enjoy this article about the Voynich manuscript? Then check out our other articles on amazing facts and the greatest mysteries of human history.