In 323 B.C.E., Alexander the Great died of an unknown illness — and his body showed no signs of decomposition for six days.

Alexander the Great’s death in 323 B.C.E. has puzzled historians for millennia. The ancient Greeks were baffled by the mighty king’s excruciating demise. They also marveled at the fact that his body took nearly a week to decompose, concluding that he must have been a deity as a result. But recent theories might hold answers more rooted in reality.

With an empire stretching from the Balkans in Europe to modern-day Pakistan in South Asia, Alexander the Great was one of the most renowned figures in history. He was poised to conquer even more land before falling mysteriously ill at age 32 — and dying in Babylon after 12 days of pain.

But did Alexander the Great really die on the day that he was declared dead? Back in ancient times, doctors relied solely on physical movement and the presence of breath to determine if a person was alive. The Macedonian king showed neither of those signs, but his body took six days to decay.

Since then, historians have theorized that Alexander the Great’s cause of death may have been an illness like typhoid or malaria, a deadly bout of alcohol poisoning, or even assassination by one of his enemies. But new research may have provided the most compelling theory to date.

The Incredible Rise Of Alexander The Great 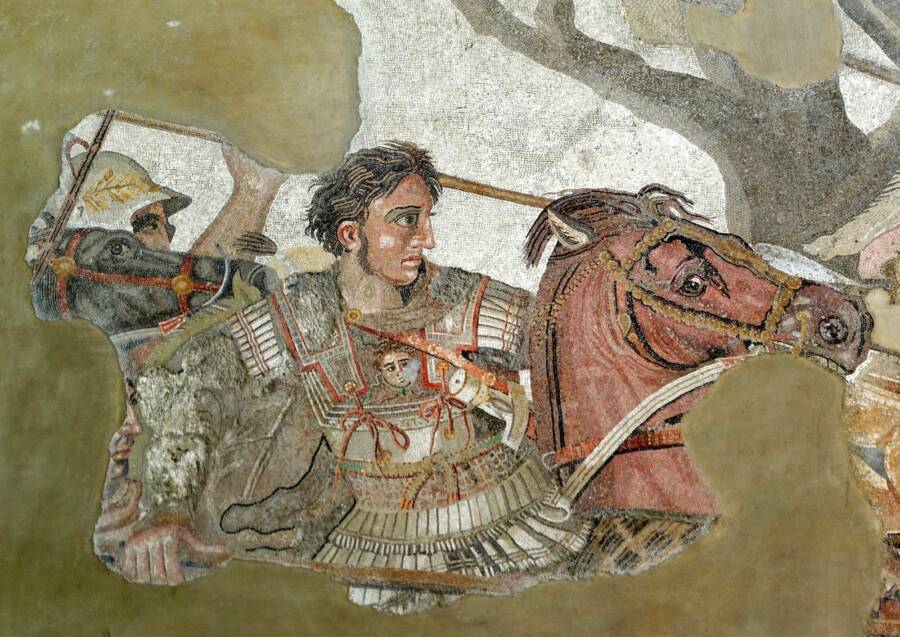 Wikimedia CommonsAlexander the Great conquered so many lands that his followers believed he was a god on Earth.

According to Biography, Alexander the Great was born in July 356 B.C.E. He spent his early life in Pella, a city in the ancient Greek kingdom of Macedonia. His father was King Philip II of Macedon and his mother was the indomitable Queen Olympias. Though he grew up in the royal court, Alexander resented that his father was constantly gone, fighting in faraway battles.

One year after completing his studies in 340 B.C.E., Alexander became a soldier. Soon afterward, he led the Companion Cavalry to help defeat Theban and Athenian armies alongside his father in 338 B.C.E. But father and son did not fight together for very long. Soon after King Philip II successfully united every Greek state except for Sparta, he ousted Queen Olympias to marry Cleopatra Eurydice — and Alexander was absolutely furious.

Alexander briefly escaped with his mother before returning for his sister’s wedding in 336 B.C.E. At some point during those celebrations, King Philip II was murdered by another Macedonian noble. To ensure that 19-year-old Alexander would take his father’s place on the throne, Olympias drove her former husband’s new wife to suicide and killed the couple’s daughter. Meanwhile, Alexander the Great was proclaimed the feudal king.

Later that year, Alexander gained control of the military, which included 3,000 cavalries and 30,000 infantries. And by the time he was 20, he had fully seized the Macedonian throne. He promptly killed some of his biggest rivals in ancient Greece and quelled local rebellions for independence.

By 334 B.C.E., Alexander had begun his march toward Asia. Though he encountered resistance in numerous cities in modern-day Turkey, his army consistently emerged victorious. He then took on Phoenician cities like Marathus and Aradus in modern-day Syria. After taking over Gaza and entering Egypt, he founded the city of Alexandria, according to History.

Meanwhile, Alexander also focused on his long-held dream of conquering the Persian Empire, which happened after a battle against King Darius III in 331 B.C.E. Now, he was not only the king of Macedonia but also the king of Persia. This, along with other key battles, helped establish Alexander’s empire as one of the largest in ancient history. But it wasn’t to last.

The Excruciating Death Of Alexander The Great 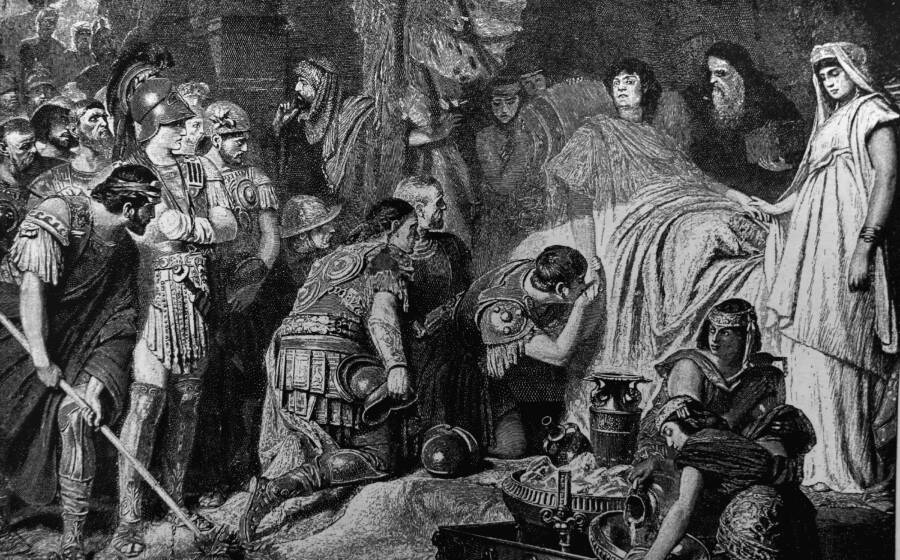 Photo 12/Universal Images Group/Getty ImagesMany ancient Greeks were baffled as to how Alexander the Great died.

Alexander the Great’s death in June 323 B.C.E. was a truly agonizing affair sparked by a mysterious and intensely painful illness. But just before the 32-year-old fell sick, his mortality was the last thing on his mind.

After arriving in Babylon in modern-day Iraq, Alexander spent a night drinking with a naval officer named Nearchus. According to Smithsonian magazine, Alexander kept the party going the next day with Medius of Larissa.

Then, Alexander suddenly came down with a fever. He also began suffering severe pain in his back, making him feel like he was being stabbed with a spear. Though the Macedonian king continued to drink wine, he could not quench his thirst. Before long, he could no longer move or speak.

Alexander’s illness lasted an excruciating 12 days until he was declared dead, much to the devastation and dismay of his followers. But amidst their grief, they noticed something strange: His body showed no signs of decomposing.

“His body, although it lay without special care in places that were moist and stifling, showed no sign of such destructive influence, but remained pure and fresh,” wrote Plutarch, a Greek philosopher and biographer who chronicled Alexander the Great’s death centuries after it happened.

In fact, Alexander’s body didn’t show signs of decay until six days after he was officially declared dead. At the time, many of his loyalists believed that this was a sign that he was a god. But as it turns out, there may have been a far more disturbing reason behind this strange phenomenon.

How Did Alexander The Great Die? 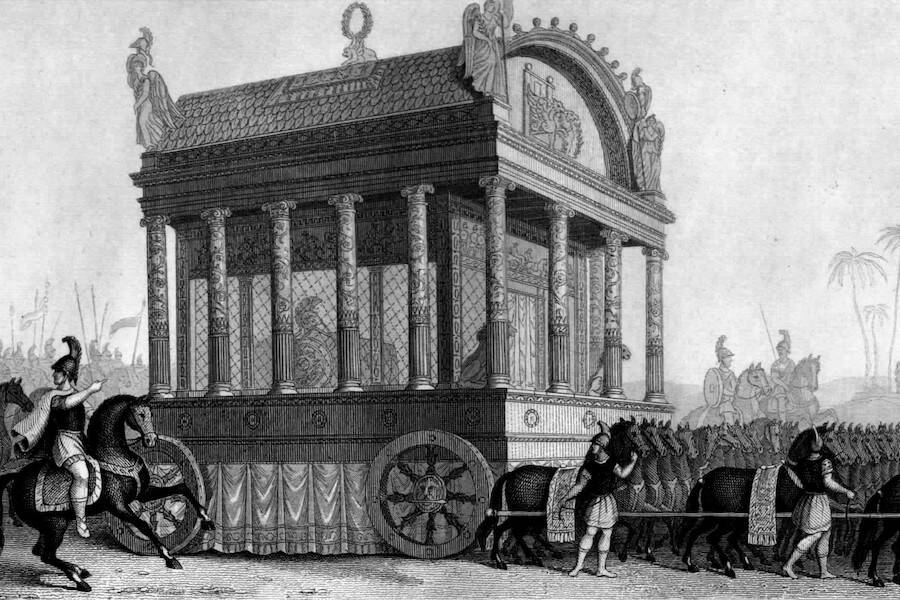 For millennia, medical experts and historians have contemplated how Alexander the Great died. Since the young and healthy royal had fallen ill so suddenly, some suspected that he may have been secretly poisoned by one of his enemies, perhaps while he was out drinking with his friends.

But considering how much he drank before he became sick, others believed that he had succumbed to alcohol poisoning. Yet others have suggested typhoid or malaria, which would’ve been widespread during ancient times. But one theory put forward in 2018 may be the most convincing yet.

According to History, Dr. Katherine Hall, a senior lecturer at the Dunedin School of Medicine at the University of Otago in New Zealand, believes that he died from an autoimmune disorder called Guillain-Barré Syndrome.

This condition could have paralyzed him and made his breathing less visible to ancient doctors — who wouldn’t have known to check for a pulse. If he was indeed afflicted with this illness, Alexander the Great could have been falsely declared dead up to six days before he actually died.

According to Hall, this neurological disorder would explain the Macedonian king’s symptoms — fever, severe pain, ascending paralysis, and the ability to remain in control of his own mind despite being so gravely ill. Chillingly, it would also explain why the king wasn’t decomposing for days — if he was indeed still alive in the days leading up to his “actual” demise.

So how did Alexander the Great come down with this disease, if he indeed had it? Hall posits that he contracted the illness thanks to an infection of Campylobacter pylori, which was a common bacterium of the era.

“I wanted to stimulate new debate and discussion and possibly rewrite the history books by arguing Alexander’s real death was six days later than previously accepted,” Hall said in a statement. “His death may be the most famous case of pseudothanatos, or false diagnosis of death, ever recorded.”

Though we may never know exactly how Alexander the Great died, this new theory certainly makes a compelling case. While there’s no doubt that the Macedonian ruler suffered in the days leading up to his death, it’s eerie to think that it may have been even more agonizing than once thought.

After reading about Alexander the Great’s baffling death, dive into the mystery of what happened to the Macedonian king’s tomb. Then, take a look at some more unusual deaths from history.