Drew Peterson: The Chicago Cop Who Killed His Third Wife — And Whose Fourth Wife Went Missing

When Drew Peterson's ex-wife Kathleen Savio turned up dead in 2004, it was ruled an accident — then his fourth wife Stacy Peterson vanished three years later.

For years, Kathleen Savio told anyone who would listen that her ex-husband, Drew Peterson, might hurt her. Tragically, when she turned up dead in a bathtub in 2004, her death was ruled an accident. But then Peterson’s new wife, Stacy, disappeared — and that changed everything.

Suddenly, renewed attention was given to Savio’s marriage and to the statements she’d made to friends, family, and even the police. This consequently brought renewed scrutiny upon Drew Peterson, a former police officer in Bolingbrook, Illinois who had three additional failed marriages.

Eventually, investigators ruled that Savio’s death hadn’t been accidental after all. In 2012, Drew Peterson was finally convicted of Savio’s murder. And that’s just the tip of the iceberg when it comes to his grisly crimes.

So who was Drew Peterson, the ex-cop who was a danger to every woman who married him? 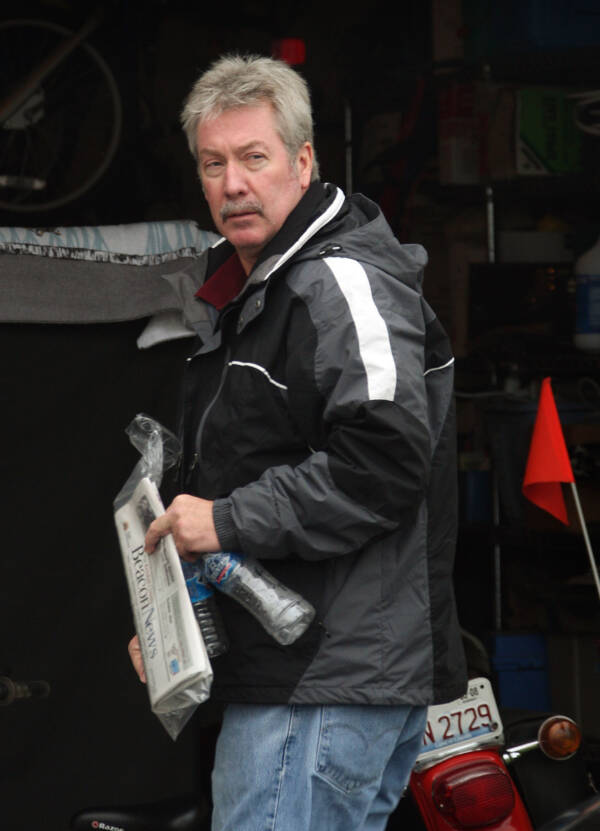 Scott Olson/Getty ImagesDrew Peterson in 2007, shortly after the death of his third wife, Kathleen Savio, was ruled a homicide.

Born on Jan. 5, 1954, Drew Walter Peterson lived the first part of his life on the straight and narrow. According to Biography, he joined the military after graduating high school in 1972, married his high school girlfriend, Carol Hamilton, and in 1977, joined the police force in Bolingbrook, Illinois.

But although Drew and Hamilton were married for six years, all was not well in their relationship. Hamilton later told the Chicago Tribune that Drew had never been abusive or controlling toward her but he had cheated on her while she was pregnant with one of their two sons.

“I thought he always had respect for me, but I guess when you stray in a relationship, you don’t have respect for the person that you were doing that to,” she said.

Drew and Hamilton divorced in 1980, and Drew quickly rebounded with 20-year-old Kyle Piry, to whom he was briefly engaged. Piry later told TODAY that her ex-fiancée was not abusive toward her either, but that he could be controlling. He always wanted to know where she was going and who she was seeing, and he sometimes followed her.

Next, in 1982, Drew Peterson married Vicki Connolly. Unlike Hamilton and Piry, however, Connolly claims that Peterson was violent toward her during the course of their nine-and-a-half-year marriage.

Once, Connolly said, according to InTouch Weekly, “He put me up against the wall in the garage and grabbed me by the throat.” Another time, “He told me he would kill me and make it look like an accident.”

As their marriage soured, Peterson went on a blind date with an accountant named Kathleen Savio. Six months later, Peterson divorced Connolly and proposed to Savio, who accepted. They married in 1992, had two sons, and co-owned a tavern.

But their marriage had its problems. Savio’s sisters suspected that Peterson physically abused her and, in 2001, Savio found a note in their mailbox alleging that her husband had started an affair with a 17-year-old. They subsequently separated, and two years later, Peterson married the woman he’d been cheating with, Stacy Peterson.

All the while, as their divorce proceedings turned ugly, Kathleen Savio begin to fear for her life.

The Tragic Death Of Kathleen Savio 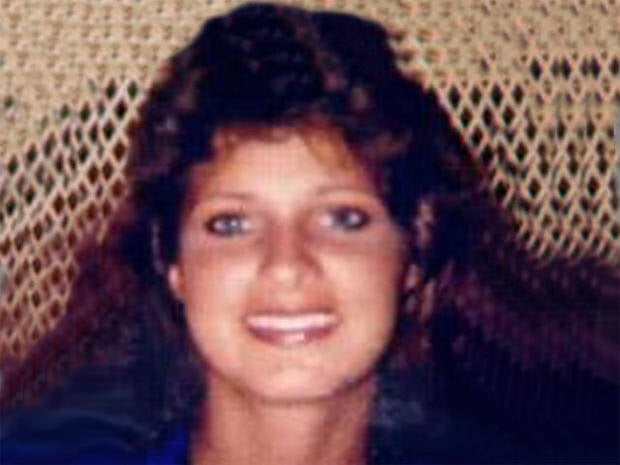 Savio Family PhotoKathleen Savio’s death was initially ruled an accident, but Drew Peterson was later found guilty of murdering her.

As their marriage had ended, Drew Peterson and Kathleen Savio’s divorce turned bitter. Savio reportedly wanted to fight for what she believed she was owed for 11 years of marriage.

But as Peterson and Savio clashed over custody agreements and splitting the revenue from their bar, Savio began to worry that her ex would hurt her. “He’s gonna kill me and it’s gonna look like an accident,” Savio allegedly told her sister, Sue Doman.

On March 11, 2002, Savio filed for an emergency order of protection against her husband. According to Chicago Magazine, Peterson had threatened her on the phone and run after her. “[Drew] wants me dead,” she wrote in the report, which was later dropped. “[A]nd if he has to he will burn the house down just to shut me up.”

About four months later, on July 5, Savio alleged that Peterson had come to her home and threatened her. “He asked her if she was afraid and she told him she was,” the police report about the incident stated, per Chicago Magazine. “She finally told him to go or do what he came for, kill her. He said, OK, where do you want it. She told him in the head. He took out his knife but then said he could not hurt her.”

The report also noted, however, that Peterson claimed that they’d merely talked and that Savio had tried to seduce him. In the end, nothing came out of it.

That November, Savio also wrote to the assistant state’s attorney. She described a number of altercations with Peterson and wrote, “He knows how to manipulate the system, and his next step is to take my children away. Or kill me instead … I haven’t received help from the Police here in Bolingbrook, and [am] asking for your help now. Before it’s to late [sic] … Please return my call, or write with answers to my questions.”

Then, on March 1, 2004, Kathleen Savio was found dead in her bathtub with a one-inch cut on the back of her head. Though the tub was dry, her hair was wet. A subsequent coroner’s jury determined that Savio had died from accidental drowning.

In any case, the ex-husband that she had so feared had an alibi. His new wife, Stacy, claimed that he had been with her. And the story of Kathleen Savio’s death might have ended there — except that Stacy Peterson went missing in 2007.

The Disappearance Of Stacy Peterson 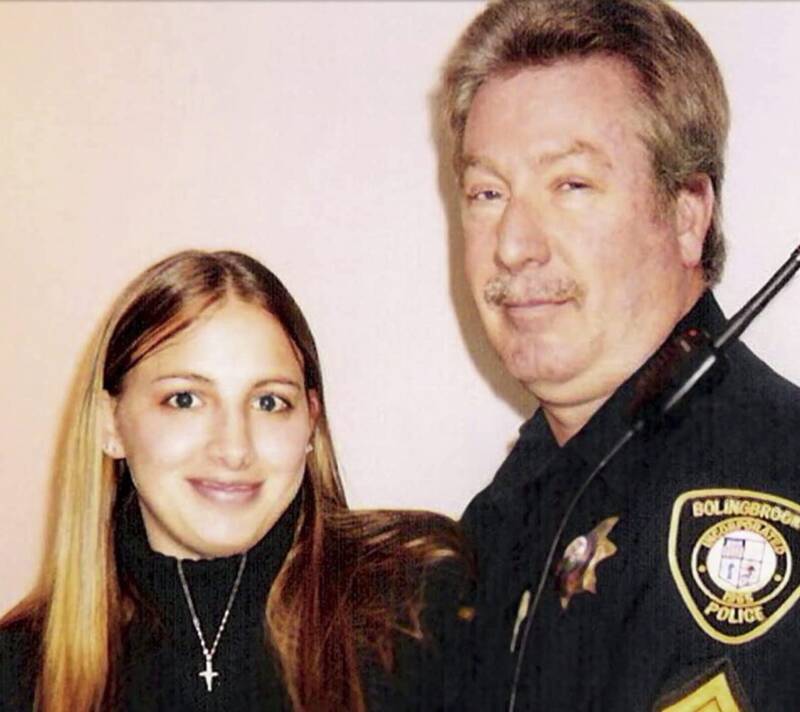 On Oct. 28, 2007, Stacy Ann Peterson disappeared. Drew Peterson claimed that he’d woken up at 11 a.m. that day and she was simply gone. He later said that he’d spoken to her at 9 p.m. that night and that she’d told him she was leaving him. “I believe she’s with someone else,” Peterson told the Chicago Tribune, “but I believe she’s safe.”

Her disappearance, however, rang alarm bells for investigators working his ex wife’s case. “There are some unusual circumstances in the 2004 case,” Illinois State’s Attorney James Glasgow told reporters on Oct. 31, 2007, noting that his office was taking another look at Savio’s death.

“I’m convinced she was the victim of a murder,” former New York City chief medical examiner Michael Baden told the Associated Press after examining Savio’s body. He determined that Savio had been killed after a struggle and then placed in the bathtub. “‘Who done it’ is up to the police to resolve.”

To the chagrin of the victims’ families, Drew Peterson seemed to relish the media attention. Seemingly unconcerned about his wife’s whereabouts, he quipped on the Today Show in February 2008, “I’m not trying to be funny here, but Stacy Peterson would ask me for a divorce … on a regular basis, and it was based on her menstrual cycle.”

He also struck up a new relationship, this time with Christina Raines. According to Raines, who left him in 2009, Drew talked about how he could easily “snap” someone’s neck.

But in 2009, Drew Peterson stopped laughing. On May 7, he was arrested and indicted for Kathleen Savio’s murder. Three years later, he was found guilty. At his sentencing in February 2013, Peterson shouted, “I did not kill Kathleen!” Her sister, Susan Doman, shouted back, “Yes you did! You liar!”

Drew Peterson was then sentenced to 38 years in prison.

Where Is Drew Peterson Now? 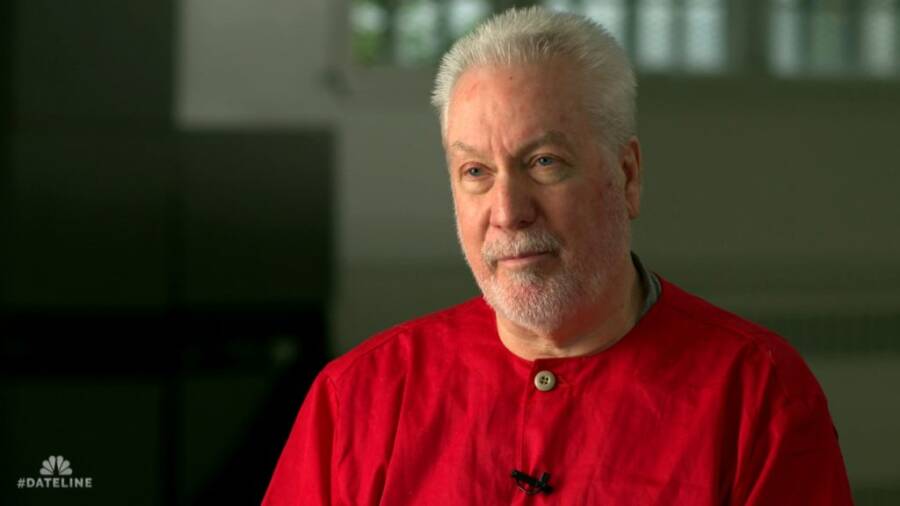 NBC/YouTubeDrew Peterson during a 2021 interview with Dateline.

Even behind bars, Drew Peterson has had an eventful couple of years. He fought against his conviction and tried to have the prosecuting attorney in his case, James Glasgow, killed.

“So how long before you think your uncle can take care of business?” Peterson asked a fellow inmate who recorded their conversation. When the informant replied that the hit would be done by Christmas, Peterson responded: “It’d be a nice Christmas present.”

As a result, he was sentenced to an additional 40 years behind bars.

Peterson has continued to maintain his innocence in the death of Kathleen Savio and the disappearance of Stacy Peterson. In November 2021, he sat down for an interview with Dateline and insisted that he hadn’t hurt either woman.

When Morales asked Drew what kind of husband he’d been he responded, “I was a loving husband, okay? I was, what can I say? I was a good husband, a good provider.”

That doesn’t change the fact that one of Drew Peterson’s wives is dead and another is missing. Though Stacy Peterson hasn’t been seen since 2008, her family maintains hope that her remains will be found.

“This is not a 9-to-5 (job) to me,” her sister Cassandra Cales told the Chicago Tribute after urging police to search a local canal. “This is, like, 24 hours a day. I don’t not think about my sister.”

As of 2022, though, Stacy Peterson remains missing. And Drew Peterson, if he knows anything about her disappearance, isn’t talking.

After reading about Drew Peterson, discover the true story behind Michael Peterson and the HBO drama “The Staircase” or see how Charlie Brandt killed his mom when he was 13 — and then grew up to murder his wife.