No one could believe that mild-mannered Charlie Brandt had mutilated his wife and niece until they discovered his grisly past. 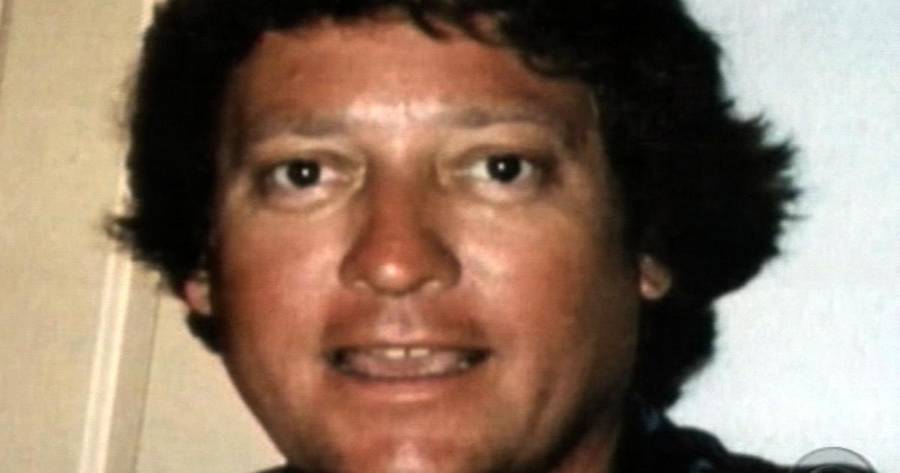 Charlie Brandt always seemed like a normal guy — until one bloody night in September 2004.

At the time, Hurricane Ivan was barreling toward the Florida Keys, where the 47-year-old Brandt lived with his wife, Teri (46). They evacuated their home on Big Pine Key on September 2 to stay with their niece, 37-year-old Michelle Jones, in Orlando.

Michelle was close to Teri, her maternal aunt, and was excited to welcome her and her husband as houseguests. Michelle was likewise close with her mother, Mary Lou, with whom she spoke on the phone almost every day.

When Michelle stopped answering her phone after the night of September 13, Mary Lou grew concerned and asked Michelle’s friend, Debbie Knight, to go to the house and check on things. When Knight arrived, the front door was locked and there was no answer, so she made her way to the garage.

“There was a garage door with almost all glass. So you could see in,” Knight recalled. “I was in shock.”

There inside the garage, Charlie Brandt was hanging from the rafters. But Charlie Brandt’s death was just one of the horrible deaths that had happened inside that house.

When authorities arrived at the house, they found a scene that looked like something out of a slasher movie.

Charlie Brandt had hung himself with a bedsheet. Teri’s body was on the couch inside, been stabbed seven times in the chest. Michelle’s body was in her bedroom. She had been decapitated, her head placed next to her body, and someone had removed her heart.

“It was just a nice home,” lead investigator Rob Hemmert recalled. “All of those nice decorations and the aroma of her home was masked by death. The smell of death.”

Yet, with all this bloodshed, there were no signs of a struggle or forced entry and the house was locked from the inside. Thus, with two people killed and one having killed himself, authorities quickly determined that Charlie Brandt had killed his wife and niece before committing suicide.

But no one seemed to expect anything like this from Charlie Brandt. Mary Lou said of her brother-in-law whom she’d known for 17 years, “When they described what had happened to Michelle, it was even beyond description.”

Likewise, Lisa Emmons, one of Michelle’s best friends, couldn’t believe it. “He was just very quiet and reserved,” she said of Charlie. “He would just sit back and observe. Michelle and I used to call him eccentric.”

Not only did everyone find Charlie Brandt nice and agreeable, they all felt like he and Teri had the perfect marriage. The inseparable pair did everything together, fishing and boating near their home, traveling, and so on.

No one had any explanation for Charlie Brandt’s behavior.

Then, his older sister came forward. Angela Brandt was two years older than Charlie and she harbored a dark secret from their Indiana childhood that no one knew about until she told her story. In an interrogation with Rob Hemmert, Angela cried before steeling her nerves and telling her story:

Meanwhile, Angela and Charlie’s pregnant mom, Ilse, was drawing a bath and their dad, Herbert, was shaving. Then, Angela heard loud noises, so loud that she thought they were firecrackers.

“Then I heard my father yell, ‘Charlie don’t.’ or ‘Charlie stop.’ And my mom was just screaming. The last thing I heard my mom say was, ‘Angela call the police.'”

Charlie, 13 at the time, then came into Angela’s room holding a gun. He aimed the gun at her and pulled the trigger, but all they heard was a click. The gun was out of bullets.

Charlie and Angela then began to fight and he started to strangle his sister, which was when she noticed the glazed look in his eyes. That terrifying look disappeared after a moment, and Charlie, as if emerging from a trance, asked, “What am I doing?”

What he had just done was walk into parents’ bathroom, shoot his father once in the back and then shoot his mother several times, leaving him wounded and killing her.

At the hospital in Fort Wayne just after the incident, Herbert said he had no idea why his son would do this.

At the time he shot his parents, Charlie Brandt seemed like a normal kid. He did well in school and showed no signs of underlying psychological stress.

The courts — which couldn’t charge him with any criminal offense, given his age — ordered that he undergo many psychiatric evaluations and even spend more than a year in a psychiatric hospital (before his father secured his release). But none of the psychiatrists ever found any mental illness or any explanation at all as to why he’d shot his family.

The records were sealed because of Charlie’s young age and Herbert told his other children to keep things quiet and moved the family to Florida. They buried the incident and put it behind them.

Anyone who knew the secret never told and Charlie seemed fine afterward. But it seems he had been harboring dark urges all along.

After he killed his wife and niece in 2004, authorities investigated Charlie’s house on Big Pine Key. Inside, they found a medical poster displaying the female anatomy. There were also medical books and anatomy books, as well as a newspaper clipping that showed a human heart — all of which recalled some of the ways in which Charlie had mutilated Michelle’s body.

Searches of his internet history revealed websites focused on necrophilia and violence against women. They also found lots of Victoria’s Secret catalogues, which proved especially troubling after they learned that “Victoria’s Secret” is the nickname Charlie had given to Michelle.

“Knowing what he did to Michelle and then finding those things,” Hemmert said. “It all started to make sense.” Investigators believe that Charlie had become infatuated with Michelle and that his desires had taken a murderous turn.

Hemmert, for one, believes that Charlie Brandt had always had these kinds of deadly desires and that he was probably a serial killer — it’s just that his other crimes never came to light.

For example, authorities believe that he may have been responsible for at least two other murders, including one in 1989 and 1995. Both murders involved mutilations of women in a similar method to Michelle’s murder.