Chesty Puller has received the most medals of any Marine. He earned every one of them. 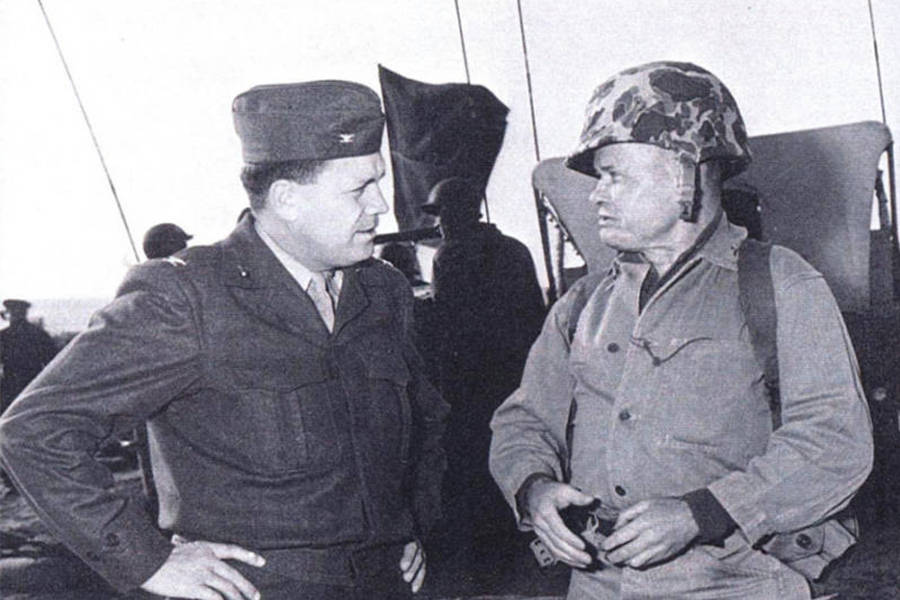 Ask any member of the U.S. Marine Corps about the toughest Marine in history, and 10 out of 10 of them will say “Chesty Puller.”

Lt. Gen. Lewis “Chesty” Puller served in the Marines for 30 years, beginning as an enlisted man and rising to one of the highest ranks in the military. Along the way, Puller became the most decorated Marine in the history of the Corps. For valor in combat, he earned five Navy Crosses, the nation’s second-highest military honor. No one else has earned that many Navy Crosses.

Lewis Puller’s military pedigree was apparent from the day he was born in West Point, Virginia, in 1898. His grandfather was a veteran who fought for the Confederacy during the U.S. Civil War. Gen. George S. Patton was his second cousin. Puller idolized Robert E. Lee and Thomas J. “Stonewall” Jackson, two military leaders who won battle after battle despite the odds against them. 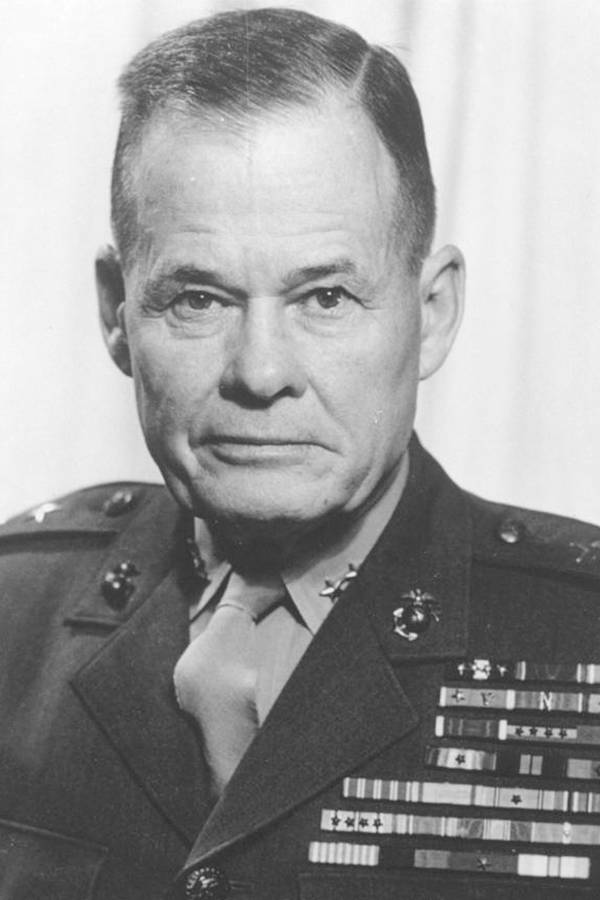 Puller began his military career at the Virginia Military Institute in Lexington in 1917, but he dropped out because he wanted to see action in World War I. Instead of being sent to the front lines, Puller ended up training recruits. He graduated from Officer Training School in 1919 and earned a commission as a second lieutenant. That wasn’t good enough for Puller, either, because the troop drawdown after World War I meant he saw no combat action.

Chesty Puller then did something remarkable. He dropped out of the Corps and re-enlisted as a private so that he would be shipped out. He received his assignment in Haiti to train a force of men defending American interests there against Caco rebels. After five years, Puller again earned his rank of second lieutenant.

In 1926, Puller was sent to Nicaragua, where his unit fought rebels trying to overthrow the government. The campaign marked the beginning of his legend, and his ferocious pursuit of more numerous enemies earned him his first Navy Cross.

He won his second Navy Cross just six years later. Puller and his unit, numbering 40 men, were once again fighting off rebels and bandits in the jungles of Nicaragua when they were ambushed by pro-rebel forces. Help was 100 miles away, and the men were in the middle of a 10-day patrol of outlying areas.

The rebels numbered 150, and they held the high ground to the right and left. Chesty Puller wasn’t worried — he knew his forces were better equipped. He ordered his men to charge the high ground to the right, and when they succeeded in taking the stronger position, he then used his leverage to overtake the rebel encampment to the left. Only two men in Puller’s unit died during that action.

Action During World War II And The Korean War

After stints in China, Chesty Puller returned to the United States to command the 1st Battalion, 7th Marine Regiment. His unit reinforced American positions at Guadalcanal in 1942 in the Pacific Theater. It was there that Puller earned a third Navy Cross in what was perhaps his most heroic effort. 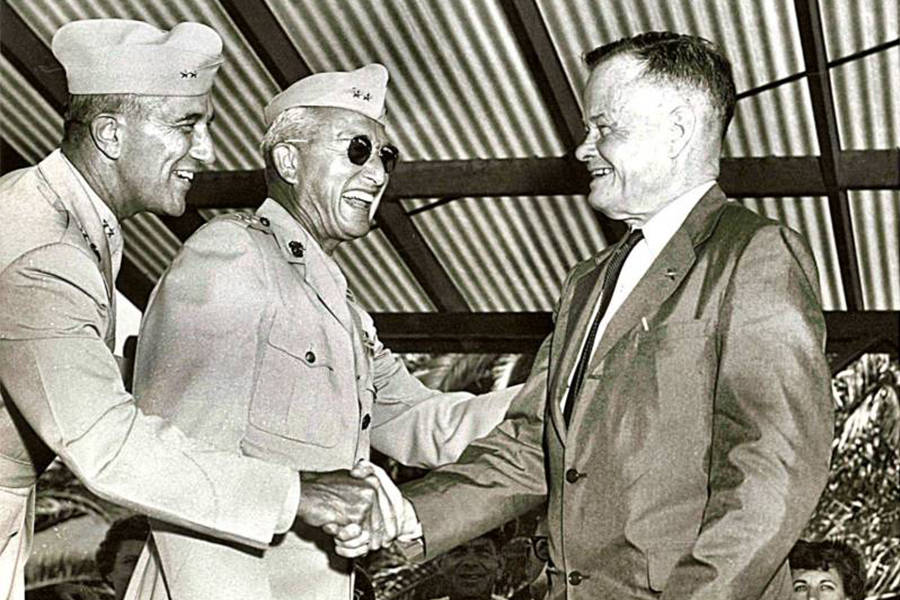 A lieutenant colonel at the time, Puller held a line about a mile long while coming under withering fire from Japanese forces. He remained calm under pressure while coordinating the attack.

At one point, a superior officer ordered Puller’s men to retreat. He disobeyed a direct order, aware that complying would leave another unit of men completely defenseless. Instead, Puller regrouped with a unit of Navy ships offshore at Guadalcanal to coordinate artillery strikes that would protect the Marines on the ground.

Puller’s line withstood six assaults by Japanese forces overnight on Oct. 24, 1942. His men were in unfamiliar territory and surrounded by dense, thick jungle. At one juncture, Puller commanded 600 men against a Japanese force of 4,000. His forces held until reinforcements finally landed the next morning. Even though another unit came in to relieve Puller’s regiment at dawn, he stayed in command until noon to help coordinate the next wave of Marines.

Chesty Puller earned his fourth Navy Cross in 1943 in Papua New Guinea. There, he not only delivered orders to keep up the attack on Japanese positions but also took command of the assault when his superiors felt Marine commanders were not being aggressive enough. Puller regrouped the troops and braved machine-gun fire as he personally led several companies on the front lines. The Marines held their position thanks to Puller’s command.

The official citation for his service in Papua New Guinea reads, “His forceful leadership and gallant fighting spirit under the most hazardous conditions were contributing factors in the defeat of the enemy during this campaign.”

The fifth and final Navy Cross was awarded after the legendary Marine defended supply routes in Korea in 1950. In sub-zero temperatures, Puller commanded his men against much larger enemy forces on three separate occasions. Chesty Puller’s no-nonsense attitude shone through.

Lewis Puller said, “We are the most fortunate of men. There was a time when a professional soldier had to wait twenty-five years or so before he ever got into a war. We only had to wait five years for this one. For all that time we have been sitting on our fat behinds drawing our pay. Now we are going to earn it.”

His unit most certainly earned their pay in Korea. Again, Puller and his men came under heavy machine-gun fire. Despite the long odds, the Marines held out and kept the supply lines open. 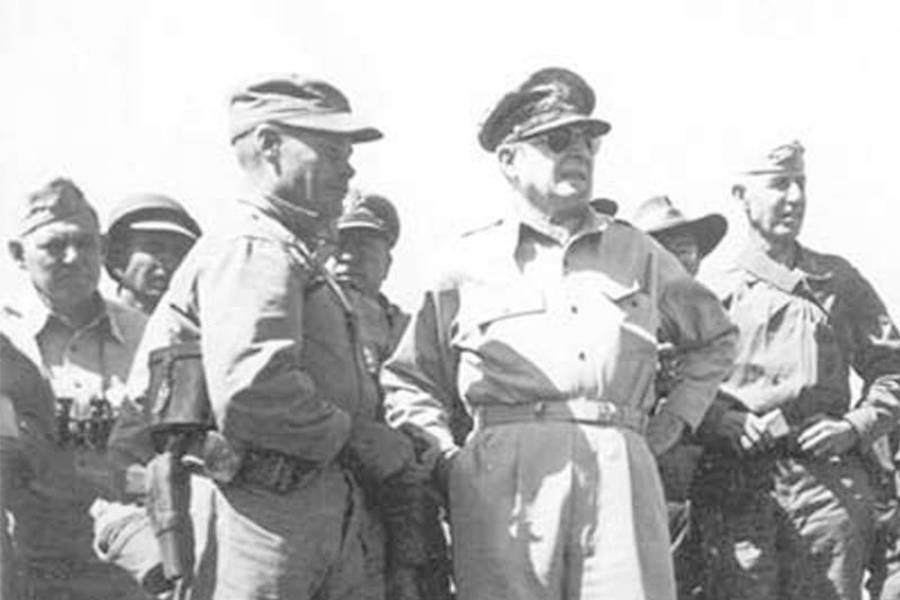 Puller’s legendary tactics earned him the respect of Marines everywhere. His most famous quote embodies his philosophy on the battlefield: “Hit hard, hit fast, hit often.”

Lewis Puller died in 1971 at the age of 73. His spirit lives on in every member of the Corps who goes through basic training.

Marines try to live up to Chesty Puller’s reputation as a Marine’s Marine. Puller made sure every member of his unit was taken care of, no matter what. He talked the talk, but he also walked the walk when it came to the best chances of survival for men under his command.

Twice, senior officers of the Marine Corps tried to have the Congressional Medal of Honor bestowed upon Puller. Unfortunately, both attempts failed.

Perhaps someday, Chesty Puller’s family will get to see him receive the nation’s highest military honor.

After learning about Chesty Puller, check out the story of John Rabe and the Nazis who defended China from the Japanese. Then, read about how Calvin Graham became World War II’s youngest decorated veteran.