Was Hitler Jewish? Inside The Curious Conspiracy Theory

Ever since the end of World War II, allegations of Adolf Hitler's Jewish ancestry via his paternal grandfather have been the subject of intense debate. Here's what the actual evidence says. 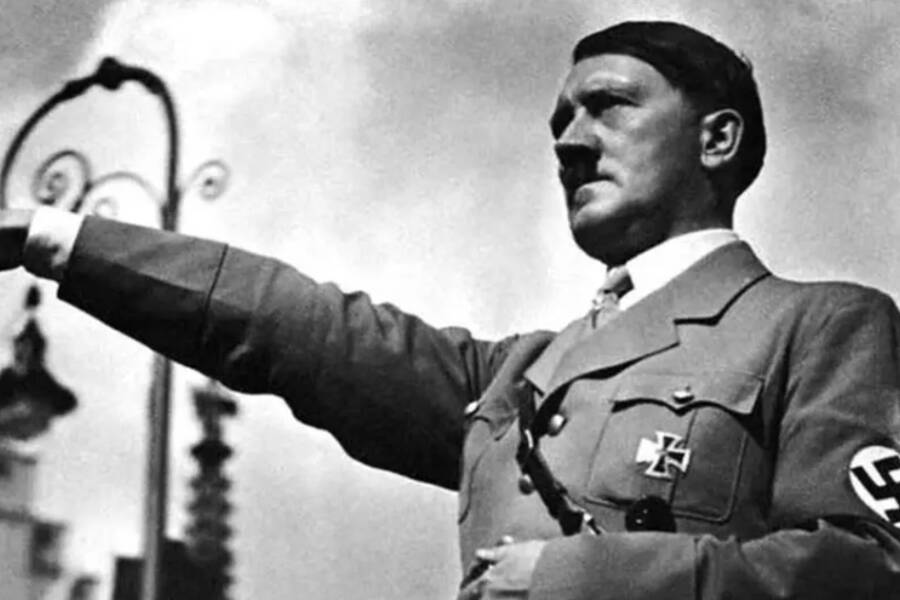 As the dictator of Nazi Germany, Adolf Hitler led a murderous regime that massacred millions in Europe, including some six million Jews. As such, it came as a shock when Hitler’s own lawyer, Hans Frank, claimed before his execution in 1946 that the Nazi leader was secretly part Jewish.

Historians have since battled to uncover the truth. Was Hitler actually Jewish? Or was Frank’s claim a last-gasp attempt at notoriety before he died? Let’s take a look at the peculiar conspiracy theory. 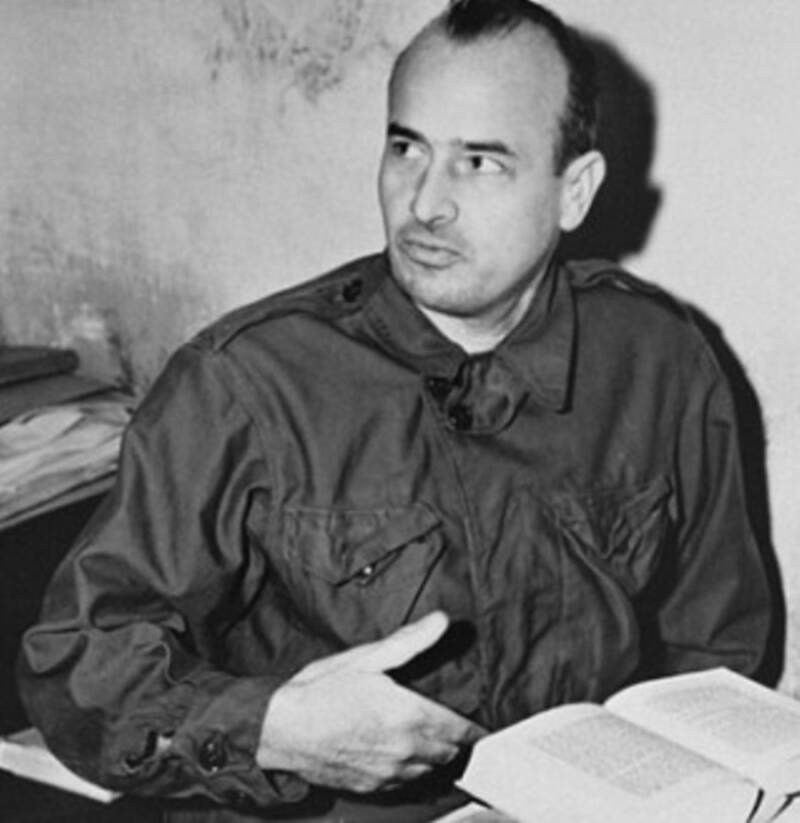 As Hitler’s personal lawyer and the governor-general of Poland during World War II, Hans Frank was executed during the Nuremberg trials in 1946. Seven years later in 1953, his memoir was posthumously published.

The book, titled Im Angesicht des Galgens (In The Face Of The Gallows), contained a bombshell. Frank suggested that Adolf Hitler — who had orchestrated the genocide of millions of Jews — was part Jewish.

Frank claimed that he’d looked into Hitler’s ancestry upon the Nazi leader’s own request in 1930. According to Frank, Hitler’s half-nephew had found evidence of his Jewish lineage — and was threatening to use it as blackmail.

In his memoir, Frank wrote that Hitler’s paternal grandmother, Maria Anna Schicklgruber, was once employed as a cook by a Jewish family in Graz, Austria. During this time, Schicklgruber became pregnant by an unknown man and gave birth to Hitler’s father, Alois Schicklgruber, in 1837. Alois was registered as an “illegitimate child” with no dad when he was born.

Hitler would later insist that Johann Georg Hiedler — the man who married Schicklgruber in 1842 — was his paternal grandfather. Hiedler died in 1857, so he clearly wasn’t able to fully back up this claim for the Third Reich. Although Nazi Germany apparently accepted the story, many modern historians have debated whether it was actually true.

To this day, the true identity of Hitler’s paternal grandfather remains unknown. So amidst the ongoing mystery, Frank suggested that Alois’s father was the 19-year-old son of Schicklgruber’s employer, Frankenberger Sr.

Frank alleged that letters between Schicklgruber and Frankenberger Sr. corroborated this theory, as Frankenberger had sent money to Schicklgruber for child support. Frank suggested this as evidence that Hitler’s paternal grandfather was indeed Jewish — making Hitler a quarter Jewish.

A Closer Look At A Controversial Claim 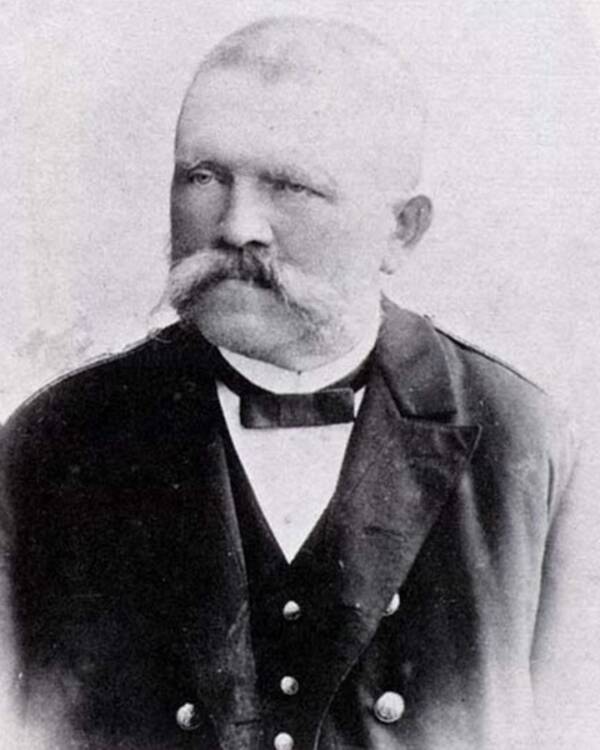 Wikimedia CommonsHitler’s father Alois was rumored to have had a Jewish father.

First off, it should be noted that according to traditional Jewish law, a person’s Jewish status is passed down through the mother.

Since Hitler’s alleged ancestry would’ve only been passed down through his father, that would’ve meant that a ritual of conversion would’ve been required for him to be considered Jewish, according to tradition. (That said, it should also be noted that not all Jewish groups follow this custom, especially the more liberal movements that emerged in the 1980s.)

But in Nazi Germany, the leaders came up with their own anti-Semitic definition of a Vierteljude, or “Quarter Jew.” And this was someone who simply had one Jewish grandparent. So according to Hitler’s own rules, he would indeed be considered a quarter Jewish — if Frank’s claim was true.

However, during the 1950s, a German author named Nikolaus von Preradovich punched a hole in Frank’s claim. Preradovich said that he found that “there were no Jews in Graz before 1856.” And this was crucial to Frank’s claim about Hitler’s heritage. But it did not stop the rumors from swirling. 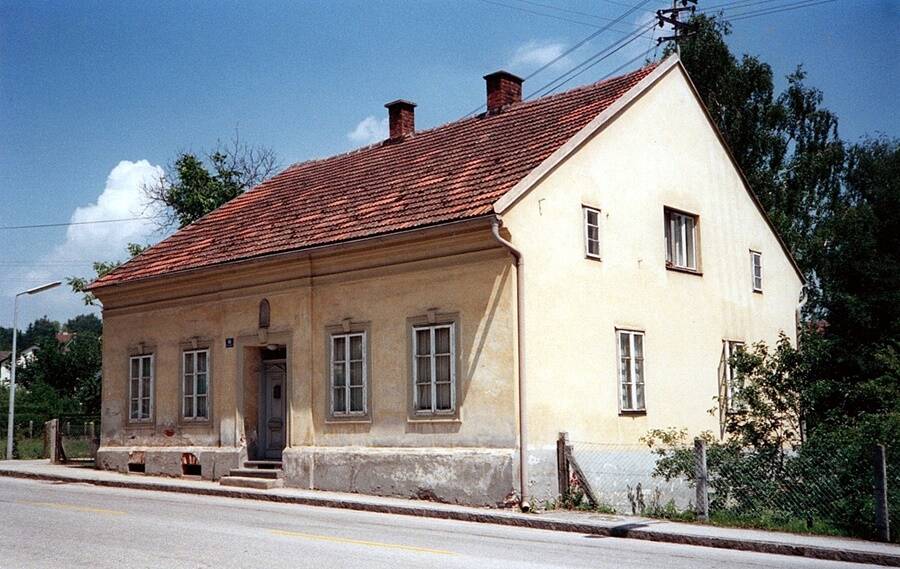 In the study, published in the Journal of European Studies, Sax wrote that he had found evidence from Austrian archives that there was in fact a Jewish community in Graz before 1850, contrary to Preradovich’s claim.

According to Sax’s paper, Emanuel Mendel Baumgarten, one of the first Jewish individuals elected to the Vienna municipal council in 1861, had petitioned the governor of Styria — the Austrian province where Graz is located — to lift the restrictions on Jewish people living in the area.

In his 1884 book The Jews in Styria: a historical sketch, Baumgarten stated that he and several Jewish colleagues met with the governor in 1856. A letter to mayors in Styria, which was cited in Sax’s paper, noted, “Jews are staying in local districts for a long time and are taking up residence for a long time.”

Shortly after the meeting, an official register of Jews in Graz was apparently launched. Based on this evidence, Sax concluded that the official acknowledgment of the Jewish community in Graz in 1856 had been the result of an increasing Jewish presence in the city. As such, Sax argued, Jewish people had likely already been living there before 1856.

Sax also presented evidence that Preradovich was a Nazi sympathizer — which would’ve motivated him to debunk the theory that Hitler was Jewish.

The Truth About Hitler’s Heritage 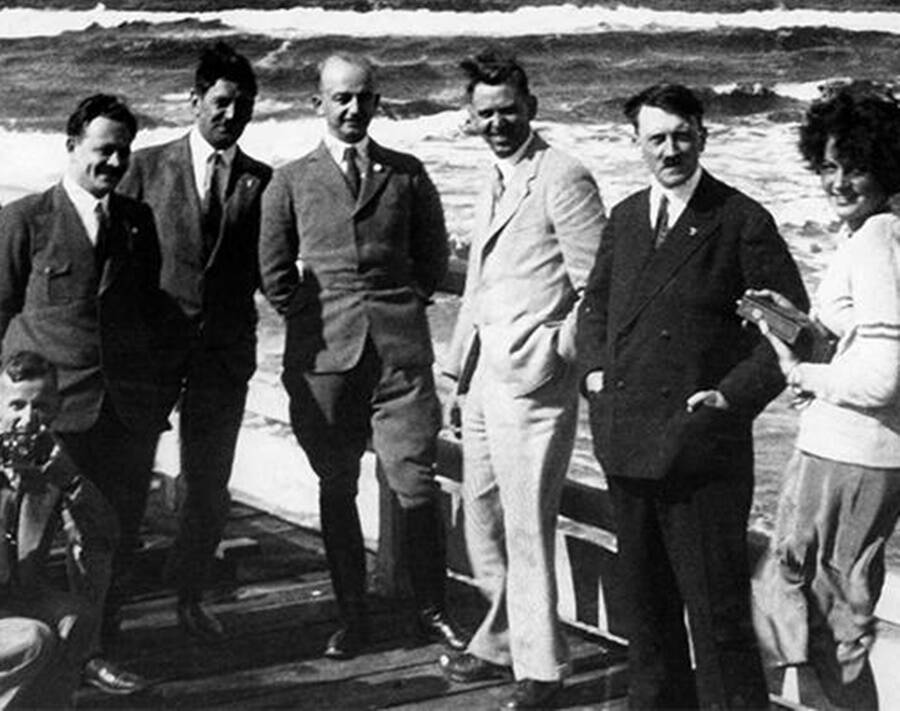 Ullstein Bild Dtl./Getty ImagesHitler with his family members, who have been the subject of numerous conspiracy theories.

If Adolf Hitler had Jewish ancestry, then how could we reconcile that with the fact that he was responsible for the Holocaust? Sax believes that Hitler’s alleged lineage might actually help explain his anti-Semitism.

“I argue that one factor driving his anti-Semitism was his intense need to prove that [he’s] not Jewish,” Sax said in an interview.

But the conspiracy theory that Hitler was Jewish has been dismissed by many historians. And even this most recent study has been met with skepticism. Historian Sir Richard Evans, the author of The Third Reich Trilogy, challenged Sax’s study on what it actually proved.

“Even if there were Jews living in Graz in the 1830s, at the time when Adolf Hitler’s father, Alois, was born, this does not prove anything at all about the identity of Hitler’s paternal grandfather,” Evans said, also pointing out that Frank’s memoir has been found to be “notoriously unreliable.”

Additionally, Frank had had a falling out with Hitler and he was facing a death sentence for his collaboration with the Nazis. So perhaps he felt like he had nothing to lose by publishing a wild claim.

Furthermore, Evans said there is no contemporary evidence that Hitler’s grandmother was ever in Graz, nor any evidence that a Frankenberger family was living there during that time period. Evans notes that there was a Frankenreiter family who resided there, but they were not Jewish.

The historian Ian Kershaw also pointed out in his 1998 book Hitler 1889-1936: Hubris that the figure who was allegedly Hitler’s father — the son of the Frankenreiter family — would have been just 10 years old when Alois was born. So clearly, the history of that family doesn’t hold the answer. 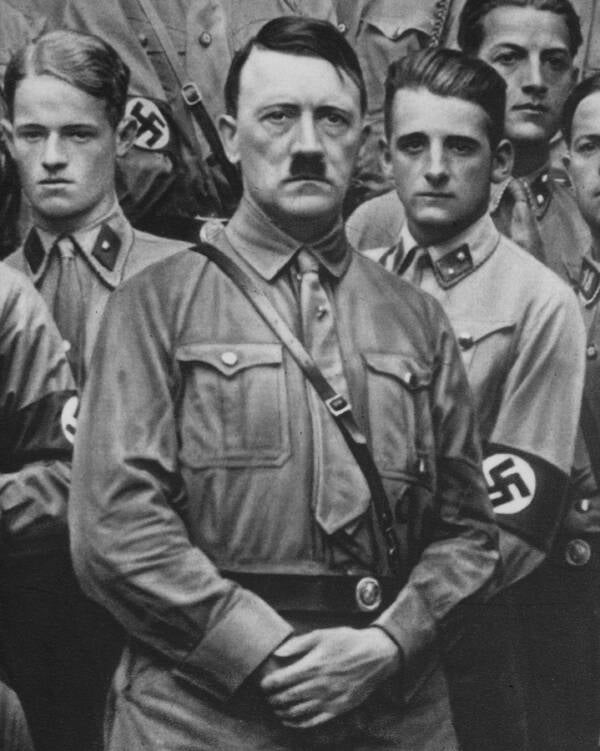 In short, it appears that there is no definitive evidence that Adolf Hitler was Jewish. But considering his disturbing legacy, it’s easy to see how such a conspiracy theory could fester over the decades.

“Hitler’s grandmother [from his father’s side] was not married, and thus, considering his destructive role and hideous actions, rumors and claims like that are almost natural,” said Havi Dreifuss, a historian of the Holocaust in Eastern Europe at Tel Aviv University.

Evans added, “Some people have found his deep and murderous anti-Semitism hard to explain unless there were personal motives behind it.”

Indeed, the possibility of Hitler having Jewish ancestry may serve as some sort of rationale — no matter how distorted — for people who are trying to find logic in the unfathomable atrocities that he perpetrated.

But sometimes there is no rhyme or reason behind such things.

After learning about the theory that Adolf Hitler was Jewish, learn the truth about Hitler’s alleged children. Then, read the story of Alice Frank Stock, the Jewish woman who was once Hitler’s neighbor.