Five Interesting (If Not Brutal) Death Rituals Around The World 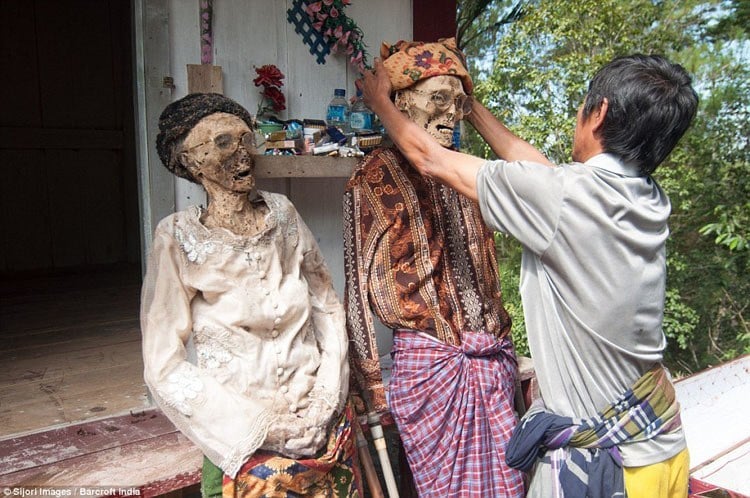 In the United States, group recognition of death is typically a somber — and formulaic — affair: we wear black, head to the funeral, and watch as life slowly returns to earth or ash. This particular ritual is not one shared around the world, though, as evidenced in the following practices. WARNING: This post contains some graphic images. 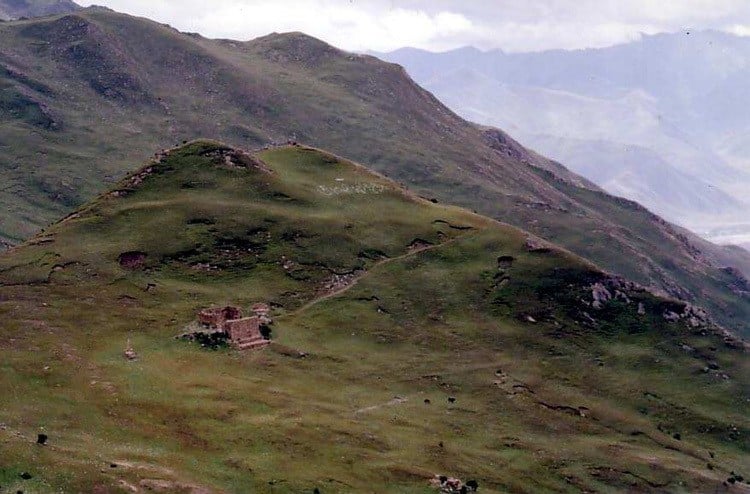 In Tibet, sky burial is a relatively common way to dispose of the corpses of the less-affluent. In the ritual, the deceased is dismembered and left for scavengers, specifically vultures. The ritual often takes place on hilltops, like the one in the Yerpa Valley, pictured above. 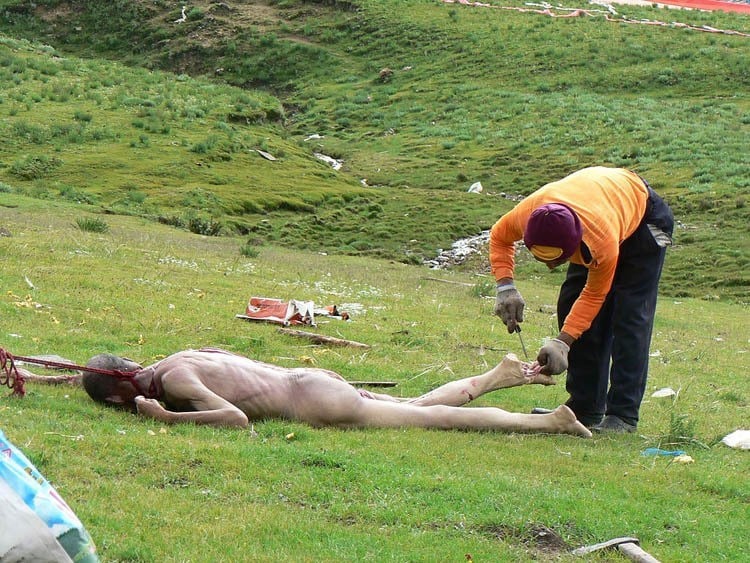 Preparing the corpse for sky burial is a deeply spiritual task that requires incredible precision. The deceased is left untouched for three days following death, while monks chant prayers around the body. After the third day the body is cleansed, wrapped in white cloth, and placed into the fetal position.

Before sunrise the following morning, the monks lead a procession to the sky burial site, chanting along the way so as to guide the soul to its sacred destination. Upon arrival the body breakers take over, quickly chopping the corpse into several pieces. The breakers break the bones into dust which is mixed with roasted barley flour to ensure their consumption by the Dakini, the Tibetan equivalent of angels. 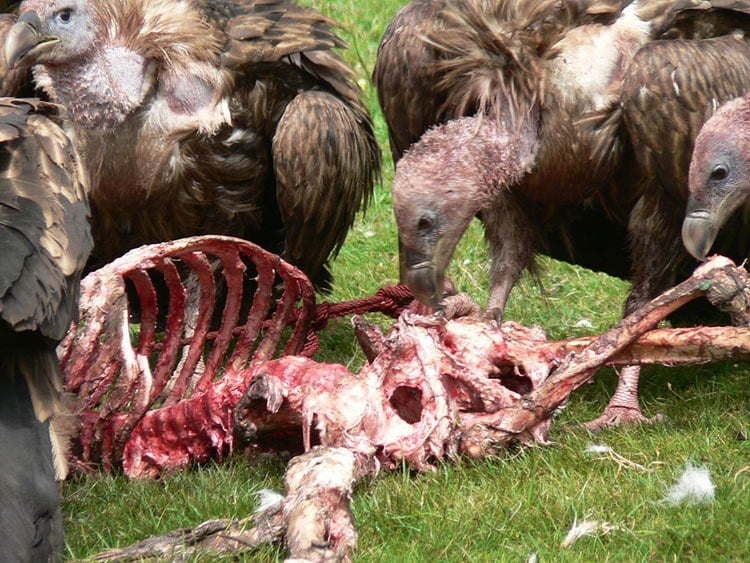 Upon consuming the body, the Dakini — usually vultures — transport the deceased souls into the heavens, where they await reincarnation. “This donation of human flesh to the vultures is considered virtuous because it saves the lives of small animals that the vultures might otherwise capture for food. Sakyamuni, one of the Buddhas, demonstrated this virtue. To save a pigeon, he once fed a hawk with his own flesh.” states Travel China Guide.