The 9 Weirdest Mushroom And Fungi Species In The World 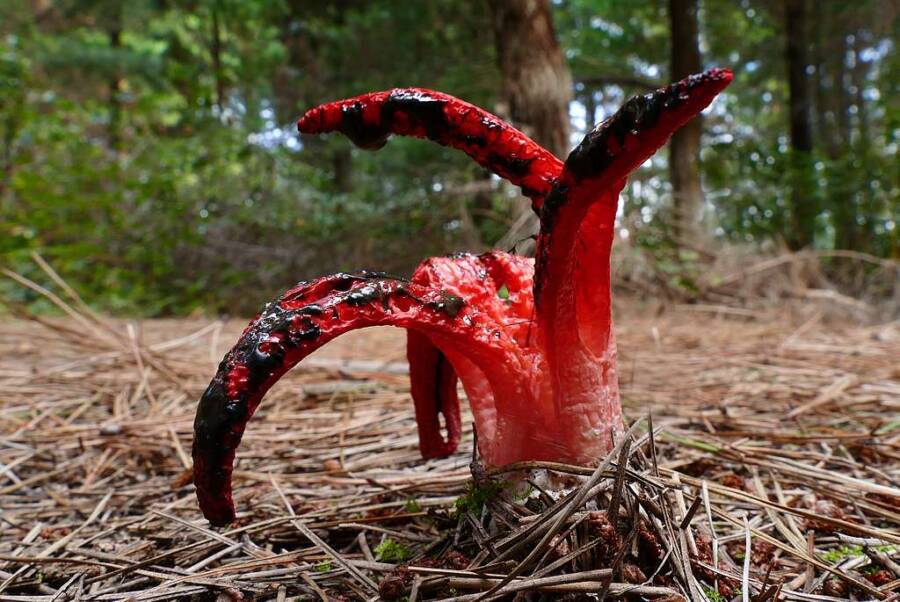 The red, starfish-like “fingers” that adorn this weird mushroom commonly number from four to eight and burst forth from a small, light-colored ball of mushroom flesh commonly compared to an egg. 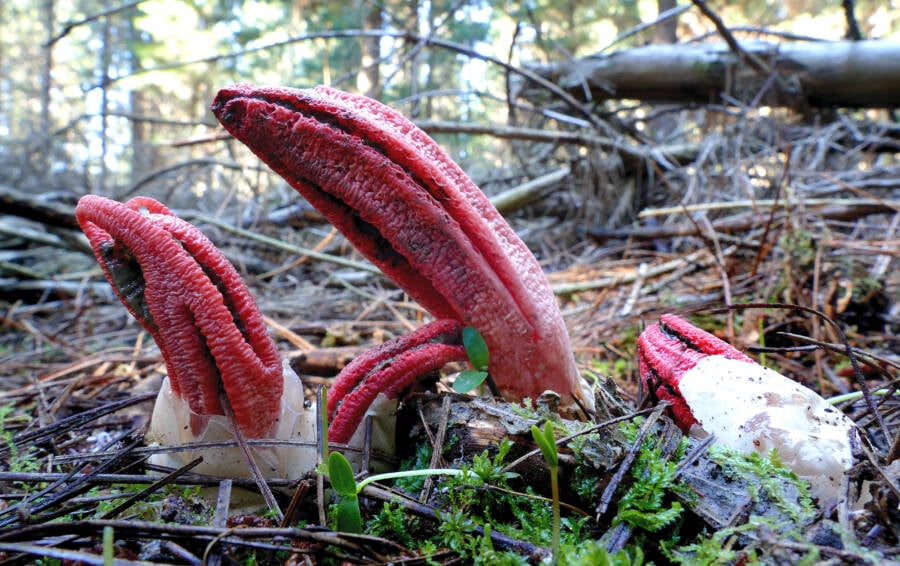 The grotesque-looking fingers are coated in a smelly slime that attracts insects that land on the mushrooms and then spread the weird mushroom’s spores when they fly off again. It seems that Devil’s Fingers are quite good at reproducing as they reached the United Kingdom by way of Australian weapons.

Indeed, though Devil’s Fingers were first recorded in Britain, it is believed that they originated in Australia or New Zealand and reached Europe by way of some spores that might have clung to munitions in transit. 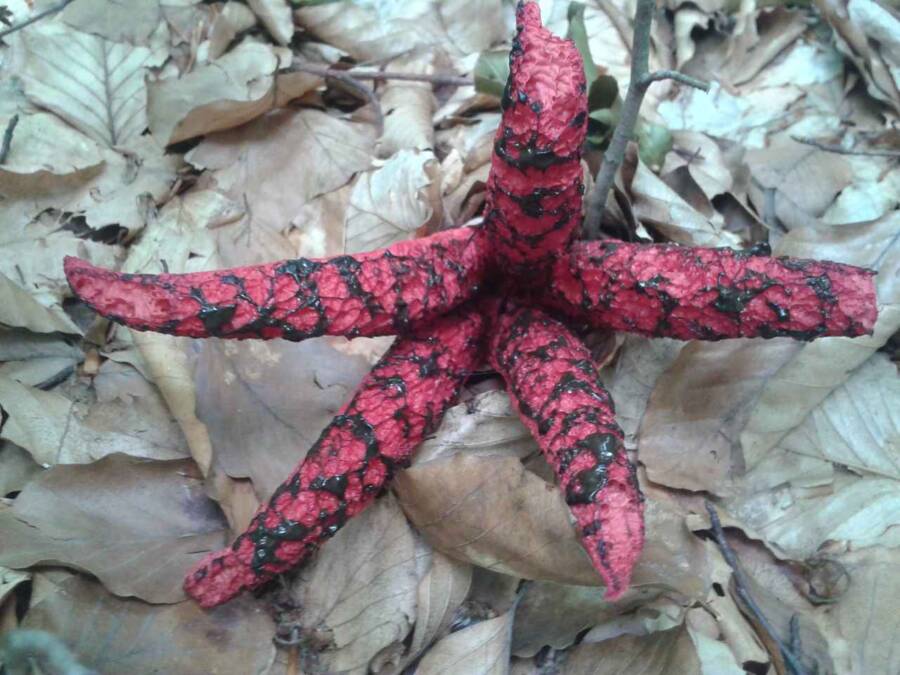 Wikimedia CommonsDevil’s Fingers is considered a rare sighting in the U.K. these days. 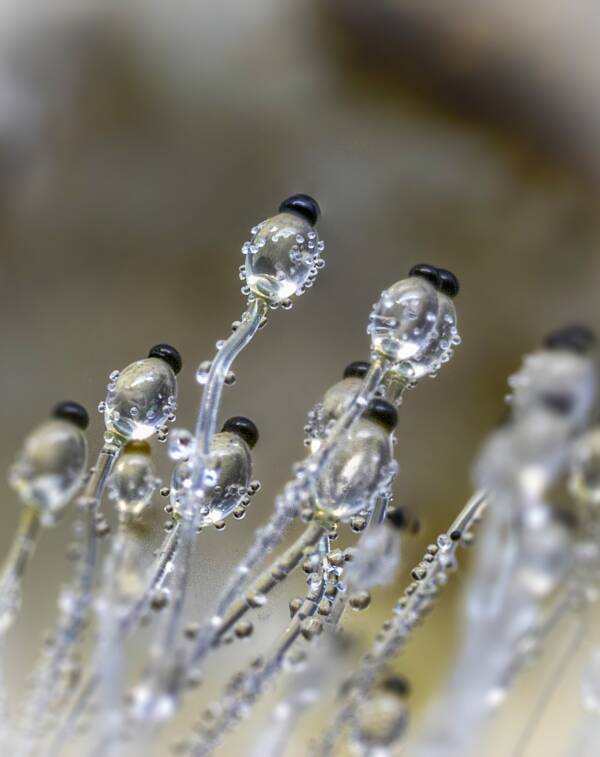 PixabayThis weird mushroom is lovingly referred to as the “dung cannon.”

The name of the Dung Cannon mushroom is a fairly straightforward, albeit weird, one. First, these strange mushrooms mainly originate in — and love to grow on — animal feces. Straightforward enough, sure. But here’s where it gets interesting: this fungus is actually the fastest living thing on the planet.

Just like a true cannon, this fungus launches spores faster than a bullet from a gun. The action is invisible to the naked eye, but the travel rate for a Dung Cannon spore is about 82 feet per second, though each ejaculation usually only travels about six feet. In terms of g-force, that’s over 180,000 g’s. For reference, normal humans can withstand no more than 9 g’s at a time — and only for a few seconds. 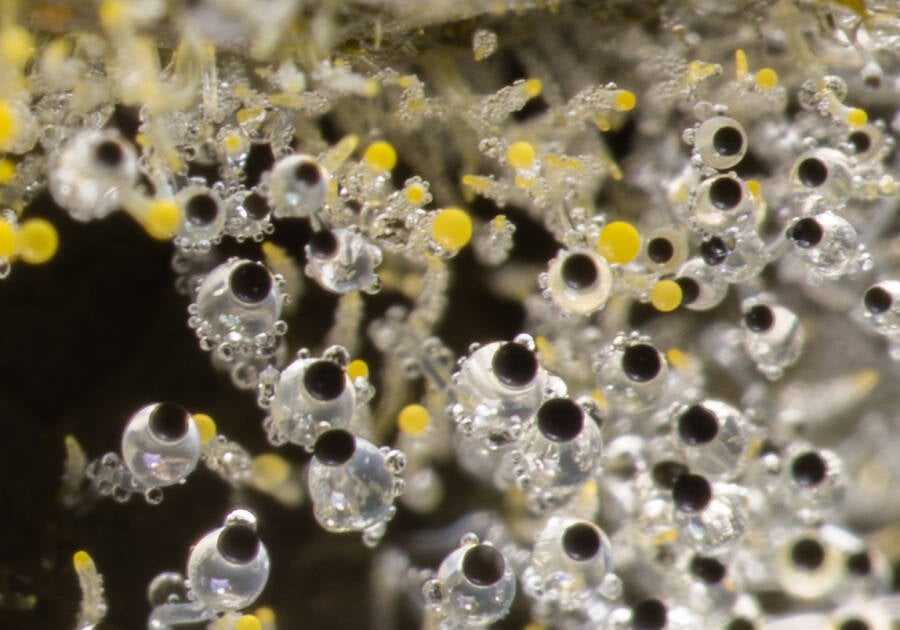 The spores are launched towards the brightest light in the immediate area, and then rain down on the surrounding vegetation where they adhere and grow.

As a result, they are often eaten by grazing animals and pass through their digestive tracts, starting their growth cycle over again but inside the animal feces this time.

Watch the Dung Cannon in action.

In addition to the name “Dung Cannon,” Pilobus crystallinus are sometimes also called “hat-throwers” and apparently were a huge nuisance to Victorian gardeners.

According to an 1881 article in The Proceedings of the Academy of Natural Sciences of Philadelphia, this strange mushroom left a layer of dust like “black pepper” on all the roses and proved to be an altogether “expensive annoyance.” 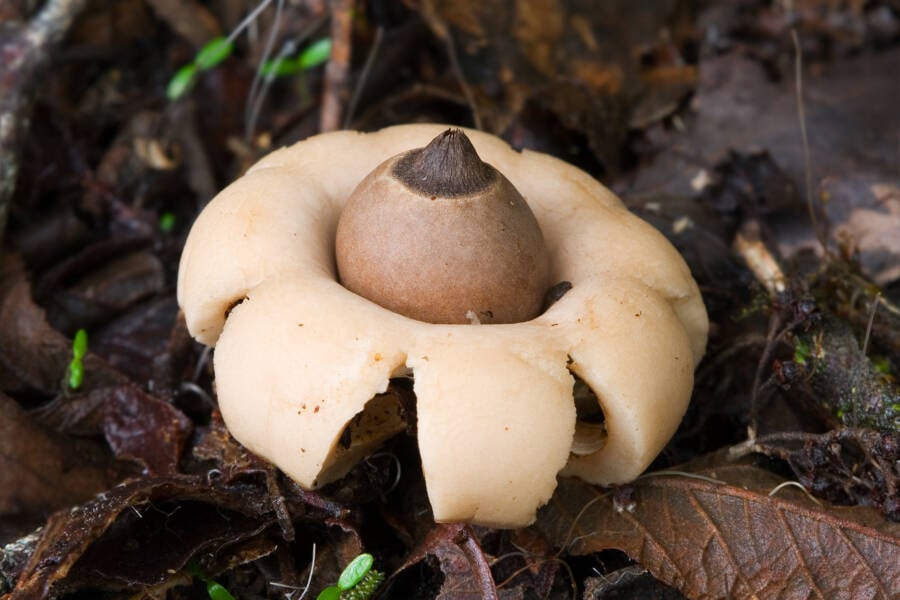 Wikimedia CommonsBehold, the Rounded Earthstar, a strange mushroom that looks like a baked good.

Though these mushrooms are quite common, they are bizarre-looking due to their uncanny resemblance to the classic peanut butter blossom cookie. However, unlike the delicious baked goods, the Rounded Earthstar is bitter and largely inedible.

Geastrum saccatum,, as it is known in the scientific community, is found globally, growing on rotten wood. In Brazil, its common name translates to “star of the land” for its distinctive star-like cap and skirt. 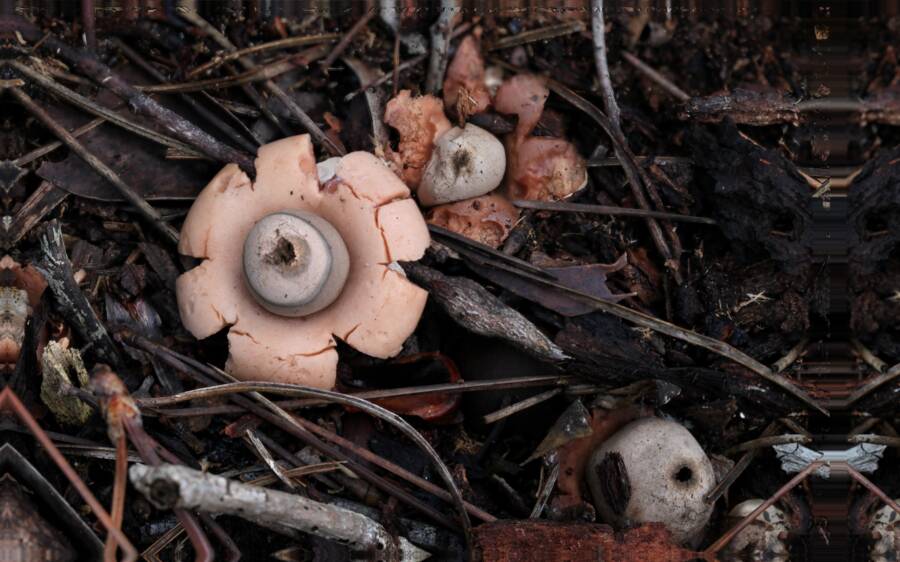 David Lochlin/Wikimedia CommonsThese mushrooms grow all over the world, though largely in North America.

The base arms of this mushroom often crack as they bend back to expose the hole that releases the spores. The rest of the body gradually turns a dark brown in color as the spores, which are rounded and have warts, mature. 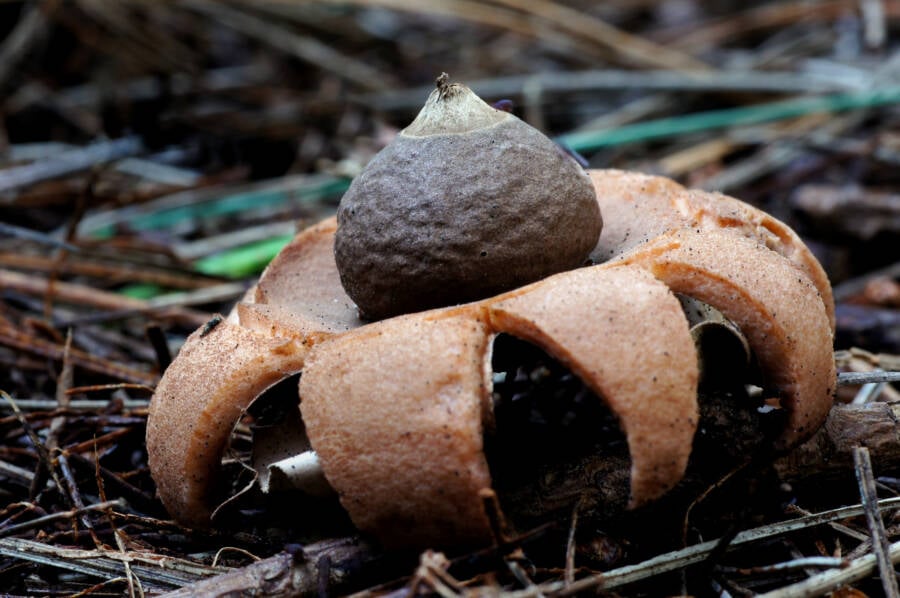 FlickrPretty though the Rounded Earthstar might be, it is not edible.

A small fungus, the Rounded Earthstar expands only up to five centimeters. From above, a cluster of tiny mushrooms appears like a bunch of flowers.