From boats that would survive an ice age to wooden swimming suits, these strange inventions are also the most delightful to look back on. 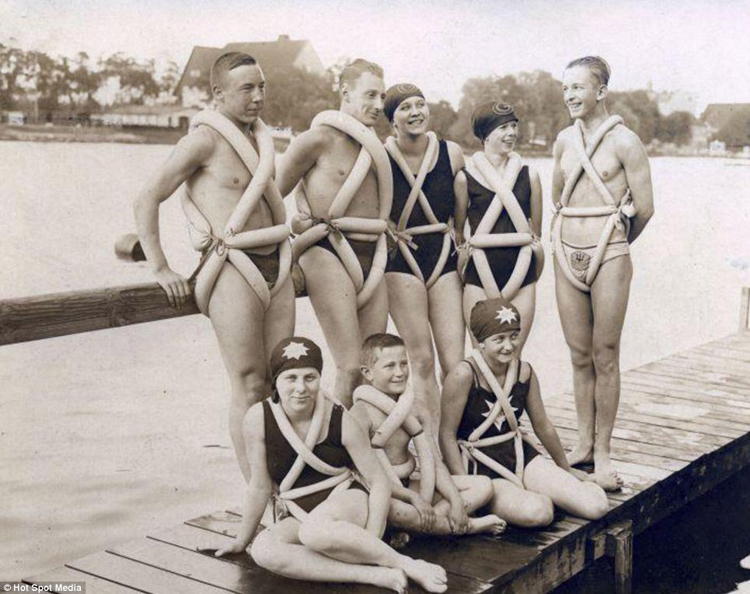 Invented in 1925 by Italian M. Goventosa de Udine, these swimming aids were made from bike tires and allowed the wearer to move at speeds of up to 93 mph. And while they’re a far cry from being fashionable—or even remotely comfortable—at least you could move faster than a running cheetah. Right? 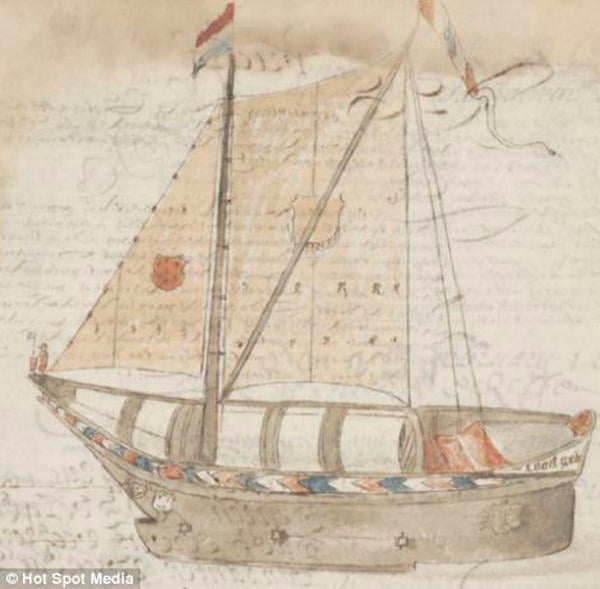 Irrationally afraid of an impending ice age? Live in Holland in the year 1600? Fear no more. This boat, which was designed in Holland, had (as the inventors believed) the capacity to transport goods over frozen rivers and lakes. 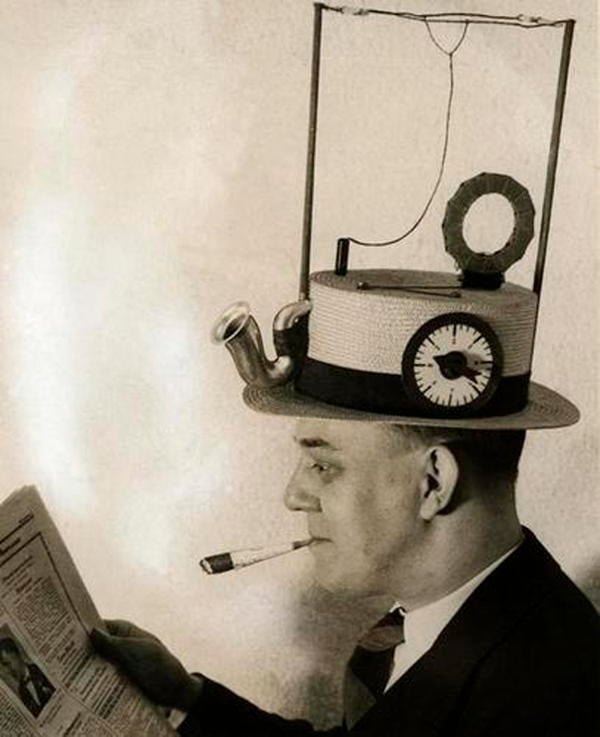 Invented by an American in 1931, this is a portable radio stored in a straw hat. It never did make waves. You might blame a massive depression; we blame the choice in material. 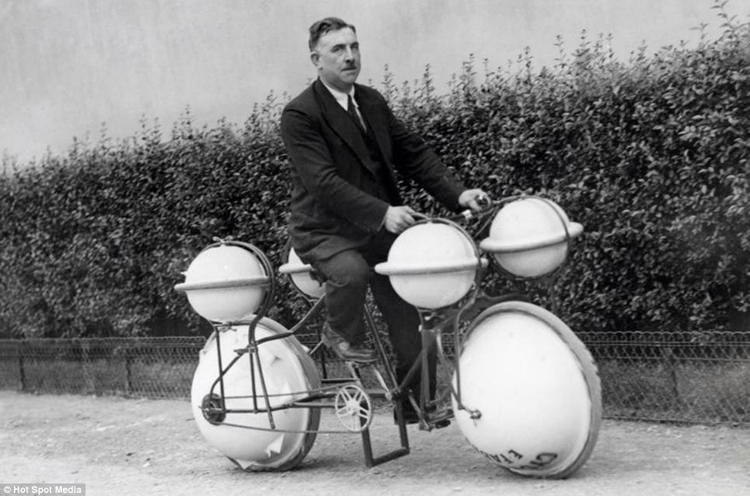 You like the ocean, except for the whole “having to abandon your bike to enter it” bit? The Cyclomer is just for you. Inveneted in Paris in 1932, the bike worked on land and sea, and could carry a load of up to 120 pounds. 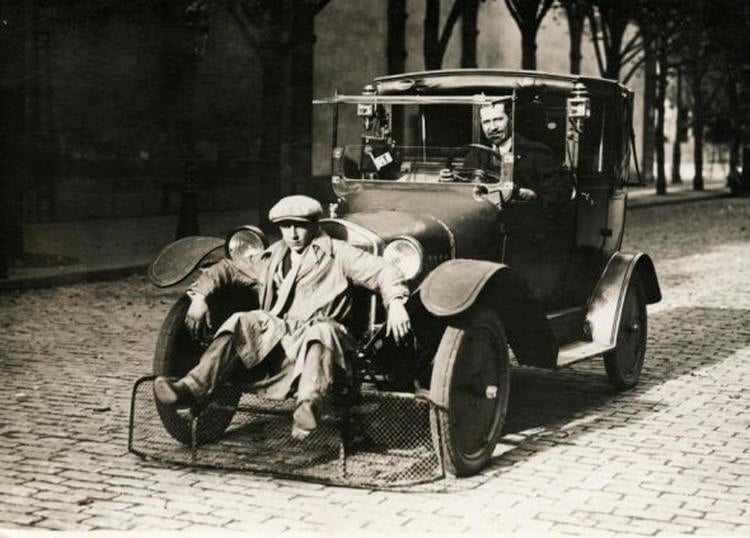 Is this car the mark of benevolent innovation? The 1934-invented car featured a shovel in front to prevent casualties on the hectic Parisian streets. The shovel would catch—instead of maim—stray pedestrians. 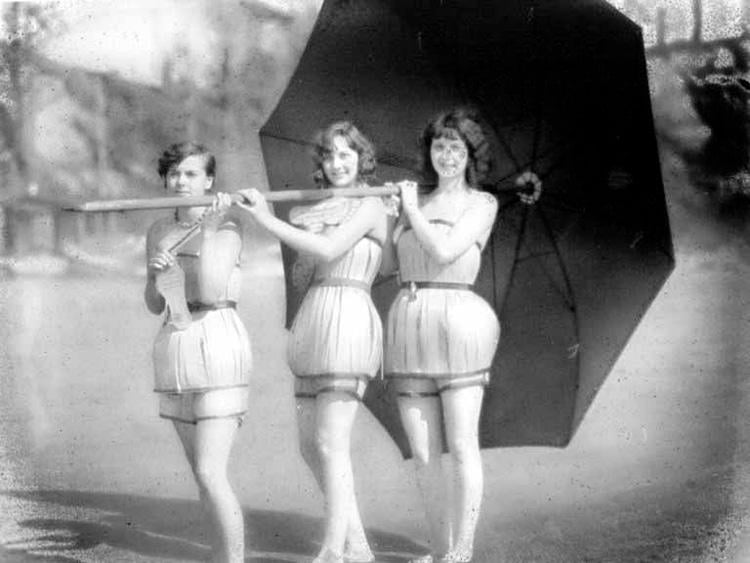 Invented in Washington in 1929 and much like the tire swimming aids, these barrel-like wooden bathing suits were created to make swimming easier. They were also adopted as a (not so flattering) fashion statement.

Weird Inventions: A Piano For The Bed-Ridden 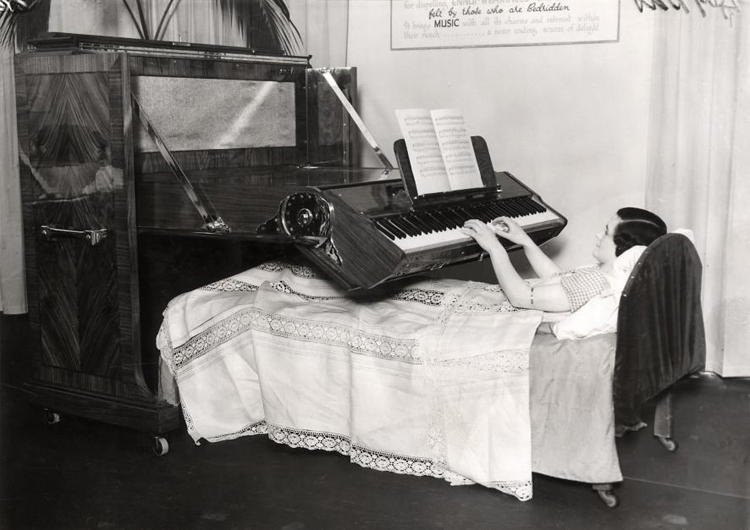 Perhaps a bit more effective than the French shovel car, this 1935 British invention sought to bring aid to those in need rather than catch them in it. Though this invention never really took off and always remained in prototype stage, it was designed to enable the ill, disabled and bed-ridden to play the piano. 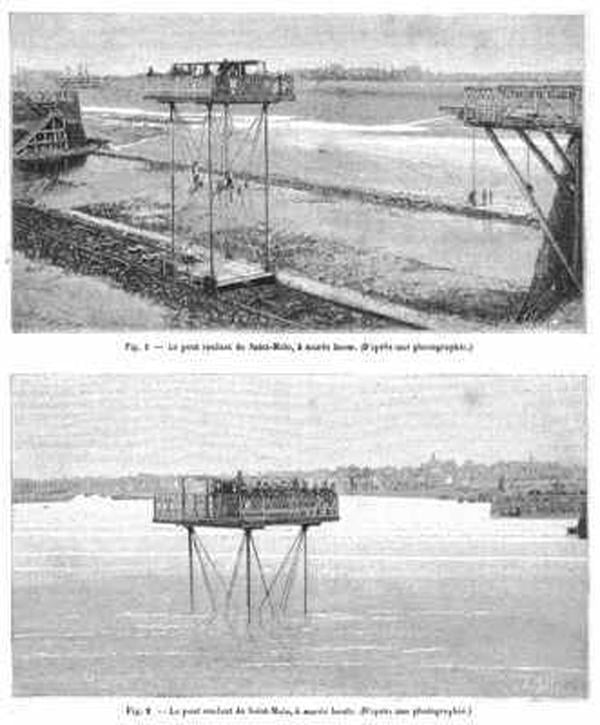 The Rolling Bridge was a British invention that emerged during the Victorian era—a time when the impractical and unnatural was truly en vogue. The invention served as an alternative to the traditional bridge, and enabled the user to move across the water on a rolling platform that was attached to rails. It didn’t remain in use for very long due to, you guessed it, impracticality.

Invented by Buck Weimer for a US underwear manufacturer, “Shreddies” claim to neutralize the smell of farts. To filter flatulence’s deleterious effects, the underwear’s air-tight fabric is sealed with elastic around the waistband and legs. If you want to buy a pair (or perhaps a pair for your stinky significant other), you can visit the online store: myshreddies.com 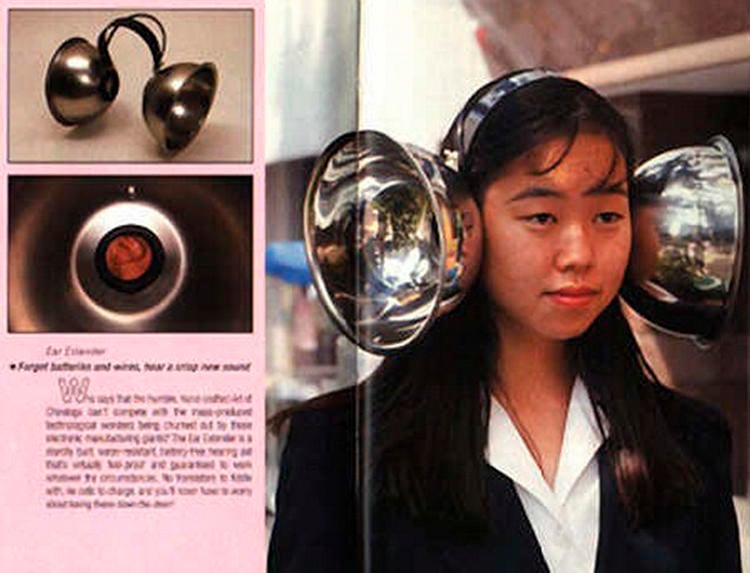 Invented in Japan, this aesthetically-challenged device is said to enhance the range of hearing for the wearer. 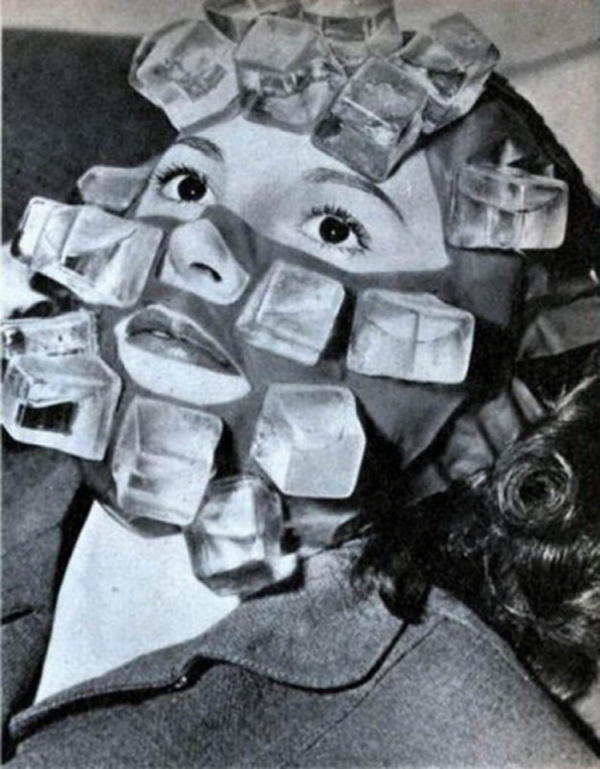 Made up of ice cubes to cool the face, this mask was said to help poor souls of the world handle their hangovers. It was coined by Max Factor in the USA in 1947 The best way to deal with them, though, is not through masks or ice—but just to, you know, drink less.

After seeing some of the weirdest inventions in history, read up on the most incredible Leonardo da Vinci inventions.