Listen To 9 Of The Most Haunting Sounds Ever Recorded

From a deep sea "bloop" to a mysterious hum that only a small portion of the world's population can hear, these are some of the eeriest noises known to man.

Hearing is one of the most important senses a human or animal has. Sounds can warn of approaching danger or help members of the same species communicate with one another. They can also incite various emotions. And the weirdest noises may even haunt those who hear them forevermore.

In a horror film, for instance, the right sound can evoke a sense of dread or fear without anything terrifying happening on-screen. But spooky noises aren’t a commodity reserved for Hollywood. A twig breaking in the woods at night, a bump in the dark, an eerie old song — all of these sounds can put us on the edges of our seats.

Other noises, however, have even caused humans to experience physical symptoms. The mysterious “Hum” heard around the world, for example, has caused people to become fatigued and anxious. And the strange illness known as Havana Syndrome is thought to be brought on by a certain sound.

And yet other sounds remind us of a specific time or emotion in a way that nothing else can. Below are nine of the weirdest noises throughout history. Some are sorrowful and some are mysterious, others are disturbing or whimsical, but each of them is truly haunting.

The Last Song Of The Kauai O’o 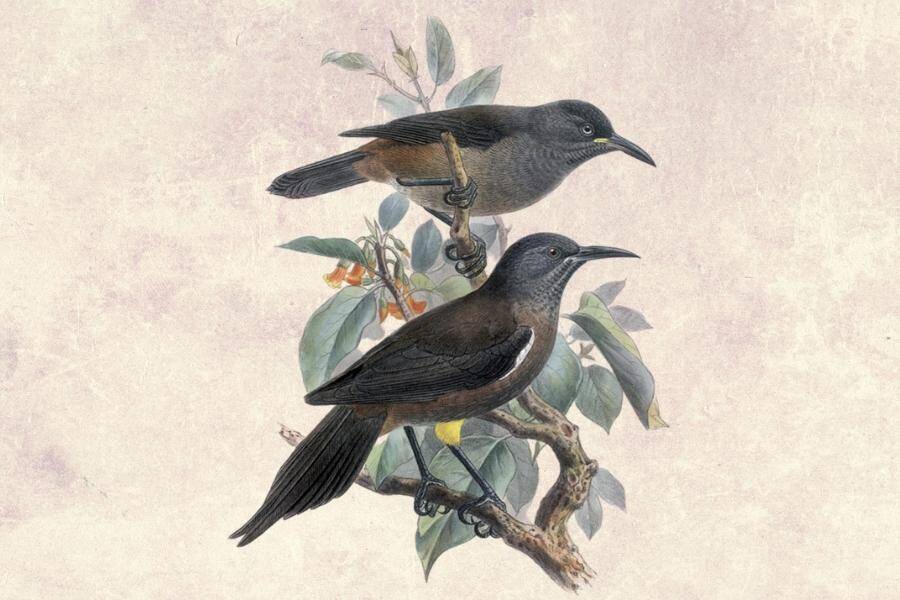 In 1983, conservationist John Sincock captured the mating call of the last remaining Kauai O’o, a now-extinct honey-eating songbird that was native to Hawaii’s Kauai island.

Per the British Library, the bird in the recording was the last known Kauai O’o in existence, the male of a mating pair calling out to a partner who had died a year prior during Hurricane Iwa.

The species was officially declared extinct in 2000 after years of large-scale habitat loss, the introduction of non-native species to Hawaii’s “Garden Island,” and the spread of mosquito-borne diseases.

In fact, conservationists and ornithologists have noted a substantial decline in almost all of Kauai’s honeycreeper species of birds — and they estimate that even more extinctions will come in the near future.

According to Engadget, the particularly haunting version of the Kauai O’o’s song uploaded to YouTube by Robert Davis was a version that he remixed, adding an eerie echo that created a feeling one commenter described as “lonely and mournful like it knows it’s the last of its kind.”

“This is basically the animal equivalent of the final human left screaming to God, asking why he put him through this much misery,” another wrote.

In a way, the recording has become something of a digital memorial for the lost bird, its final call echoing like a ghost across the internet.