Since 1970, up to 30 young women have gone missing along a stretch of Interstate 45 between Houston and Galveston known as the Texas Killing Fields — and police believe some of them could be the victims of a single unknown serial killer. 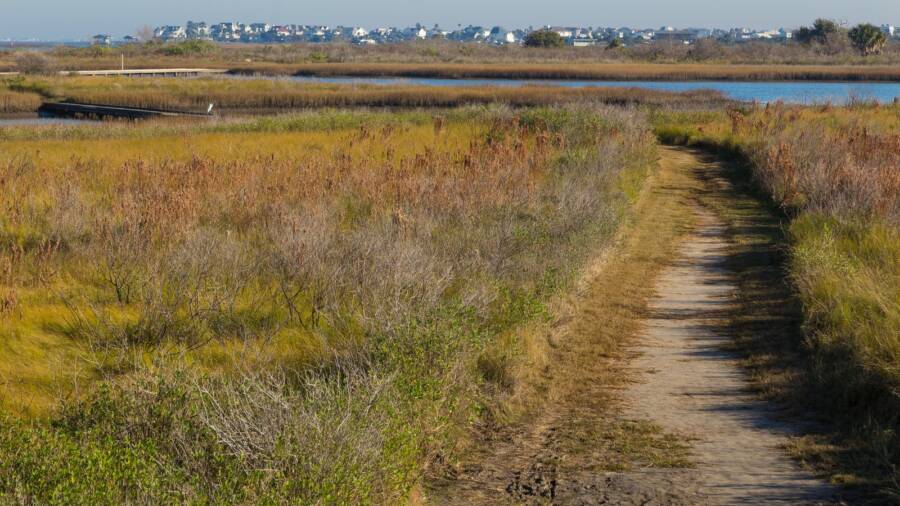 TwitterBetween 1984 and 1991, the bodies of four young women turned up in the Texas Killing Fields. Their killer has never been caught.

In League City, Texas, between Houston and Galveston, there is a 25-acre field, a desolate, swampy stretch of land with little more decorating its landscape than old oil rigs and scarcely-tread dirt roads. To most people, it would be nothing more than an empty field, but to locals, the area is known as the Texas Killing Fields.

Between 1984 and 1991, the bodies of four women were found in the field under eerily similar circumstances. To some investigators, this suggests they were all left there by the same killer.

What’s more, since the 1970s, up to 30 women have vanished from the 50-mile stretch of Interstate 45 near the Killing Fields. Some have been discovered brutally murdered, while others were never seen again.

Now, the Netflix docuseries Crime Scene: The Texas Killing Fields is delving into the mystery surrounding the area — and bringing renewed attention to the decades worth of cold cases.

The Four Bodies That Launched An FBI Investigation

Before they were known as the Texas Killing Fields, the 25 acres in League City, Texas were regarded as nothing more than an abandoned oil field where people dumped their trash. Just off Interstate 45, along the Gulf Coast, the area was a desolate and uninteresting place.

That changed in 1984, six months after a 25-year-old bartender named Heide Fye went missing. According to the Houston Chronicle, Fye left her parents’ house on Oct. 7, 1983, looking to hitch a ride to Houston to visit her boyfriend.

Tragically, Fye never made it to Houston. Instead, her remains were found in the abandoned oil field on Calder Road in April 1984. She’d never even made it out of League City. 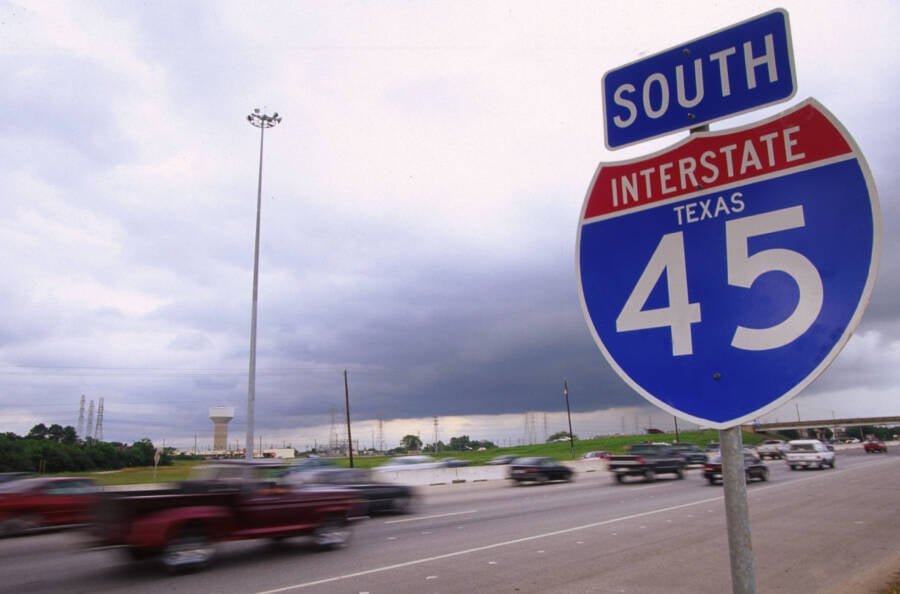 Paul Howell/Liaison/Getty ImagesInterstate 45 passes right by the Killing Fields, meaning a murderer could easily slip back into traffic and disappear completely.

In September 1984, not long after Fye’s body was found, another girl went missing. Her name was Laura Lynn Miller. She was 16, and she disappeared after using a payphone at a nearby convenience store — the very same phone Fye was seen using before she vanished.

The community searched high and low for Miller, but there were no clues about what happened to her. Then, in February 1986, four boys riding their dirt bikes near the oil field smelled something terrible. Upon investigation, they discovered it was a decomposing human body.

Police quickly arrived on the scene, but they couldn’t identify the body, so they started referring to the victim as Jane Doe. They started searching for additional clues and stumbled across yet another set of human remains — and these belonged to Laura Miller.

Then, in 1991, horseback riders found a fourth body in the same field. Again, police were unable to identify the remains, so this victim became known as Janet Doe, the FBI reports.

The four murders were believed to be the work of a single killer, but there were no witnesses and no common link between the women. The FBI and local police couldn’t rule out the possibility of multiple murderers, either.

Moreover, the four bodies found between ’84 and ’91 only represented a fraction of the number of disappearances associated with the stretch of I-45 that quickly became known as “America’s Highway to Hell.” So, what about the others?

A String Of Disappearances Starting In The 1970s

“Three decades of loss and redemption along a busy highway, in our midst, where more than 100,000 commuters drive each workday,” wrote investigative journalist Kathryn Casey in her book Deliver Us: Three Decades of Murder and Redemption in the Infamous I-45/Texas Killing Fields.

Casey, a true crime and mystery writer, moved to the Houston area in 1981 and found herself in a region with a dark secret: young women and girls were going missing at an alarming rate, and nobody seemed to be doing anything about it.

Her book examines 19 local murder cases, stretching back from 1971 up through the 1990s.

“There were other murders I didn’t put in the book because I couldn’t find enough information about them,” she told the Houston Chronicle. “I had to limit it because the sad truth is there are a lot of girls being killed out there, and a lot of boys, too.” 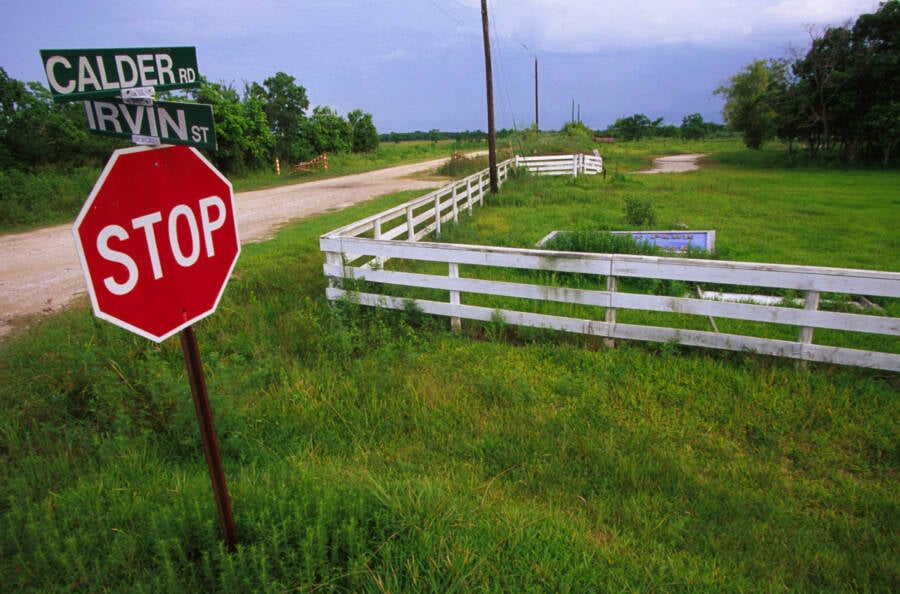 The first disappearance came in the summer of 1971. 13-year-old Colette Wilson was waiting for her mother Claire to pick her up after band practice. According to ABC News Australia, Claire was only six minutes late — but in that short amount of time, Colette Wilson vanished.

“The police weren’t worried,” Claire later told Casey. “They said she was probably taking drugs or something, that she’d run away. We knew Colette. We knew that wasn’t true. But they wouldn’t listen to us.”

Five months later, a hiker found Colette’s skeleton near a water reservoir. She was identified by her father, a dentist who recognized his own handiwork.

Ten other girls shared similar fates in the 1970s, all in the Houston-Galveston region. Nearly all were found in or near water, many with their hands and feet bound and naked from the waist down.

Bell, while serving a life sentence, reportedly told several people including district attorneys that he was responsible for the murders of 11 girls in Galveston — and that his first victim was Colette Wilson. He called the girls, “the 11 who went to Heaven.”

He died in prison, a prime suspect, but he was ultimately never charged.

Before he died, Bell claimed that he was the victim of a brainwashing program that forced him to kill. Casey, who interviewed Bell in prison, described him as “a cross between Anthony Hopkins in Silence of the Lambs and Jack Nicholson in One Flew Over the Cuckoo’s Nest… very frightening and very dangerous.”

Unfortunately, Bell’s arrest was far from the end of the killings, as only five years later, the first of four bodies turned up in the Texas Killing Fields.

And although the area around I-45 developed significantly in the late ’80s and ’90s, the murders didn’t stop. Over the course of five months in 1997, a new terror stalked the region: William Lewis Reece.

In May 1997, 19-year-old Sandra Sapaugh, pregnant with her third child, threw herself out of a truck speeding down Interstate 45. A woman in the car behind her pulled over and took Sapaugh to a nearby hospital.

Sapaugh tried to recall the events of that night, but her memory was foggy. She had been at a gas station, her tire had been slashed, and there had been a man. He offered to help, but then he brandished a knife and forced Sapaugh into his truck. 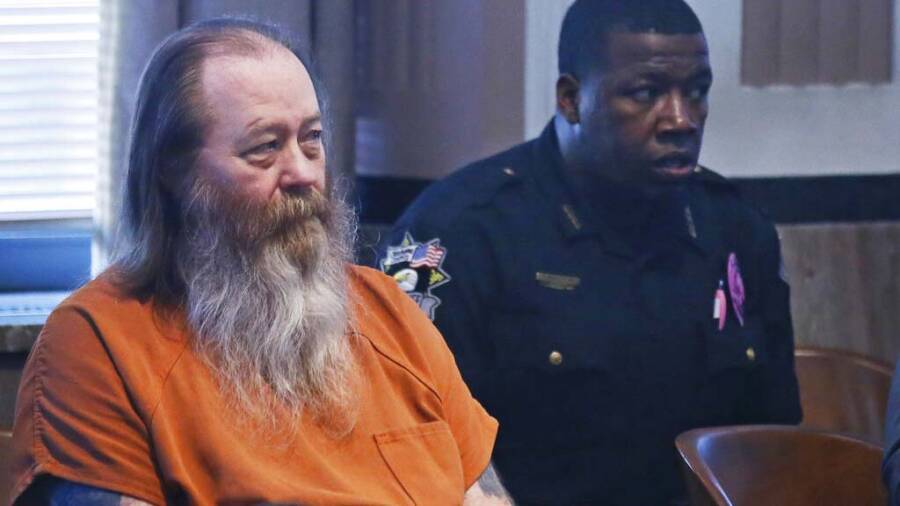 She could remember the events, but not the details. She couldn’t even identify who the man was — until several months later when police tried to stir her memory with hypnosis. Then, Sapaugh was able to recall the truck’s license plate number.

The truck belonged to a man named Bill Reece, a convicted rapist who had left his home in Oklahoma to start anew in southern Texas.

Authorities immediately arrested Reece and charged him with kidnapping. He was given a sentence of 60 years in prison, but he insisted at the time that the situation was a misunderstanding.

18 years later, however, in 2015, police made a discovery that revealed Reece for what he truly was. His DNA was matched to the murder of 19-year-old newlywed Tiffany Johnston, who had been found dead in Oklahoma in 1997.

Extradited back to Oklahoma, Reece was found guilty of Johnston’s murder and faced lethal injection. In a desperate attempt, Reece tried to bargain with authorities: the whole truth in exchange for his life.

Reece confessed to authorities that in the summer of 1997, he murdered three girls in the area surrounding the Texas Killing Fields.

The first was a 12-year-old girl named Laura Smither, who was out for her morning jog when Reece kidnapped and killed her. Later that year, he murdered a 20-year-old psychology student named Kelli Ann Cox and a 17-year-old girl named Jessica Cain. He even provided police with the locations where he had buried Cain and Cox.

Unfortunately for Reece, his bargain with authorities to drop the death sentence failed.

He did manage to avoid it for some time, however, as he was once again extradited, this time to Texas, and sentenced to life in prison in July 2022.

It’s always possible that he might once again be sent to Oklahoma, though, and if he is, he will likely be executed.

The Current State Of The Texas Killing Fields Investigation

Presently, there’s a lot about these cases that remains unresolved. While police and the FBI were able to identify at least some of the people responsible for the murders that took place near the Texas Killing Fields, the question of who killed those four girls between 1983 and 1991 is no closer to being answered today than it was at the time.

Thankfully, however, not all questions have gone unanswered.

In 2019, Jane and Janet Doe were finally identified — over 30 years after their deaths — as Audrey Lee Cook and Donna Gonsoulin Prudhomme, respectively. 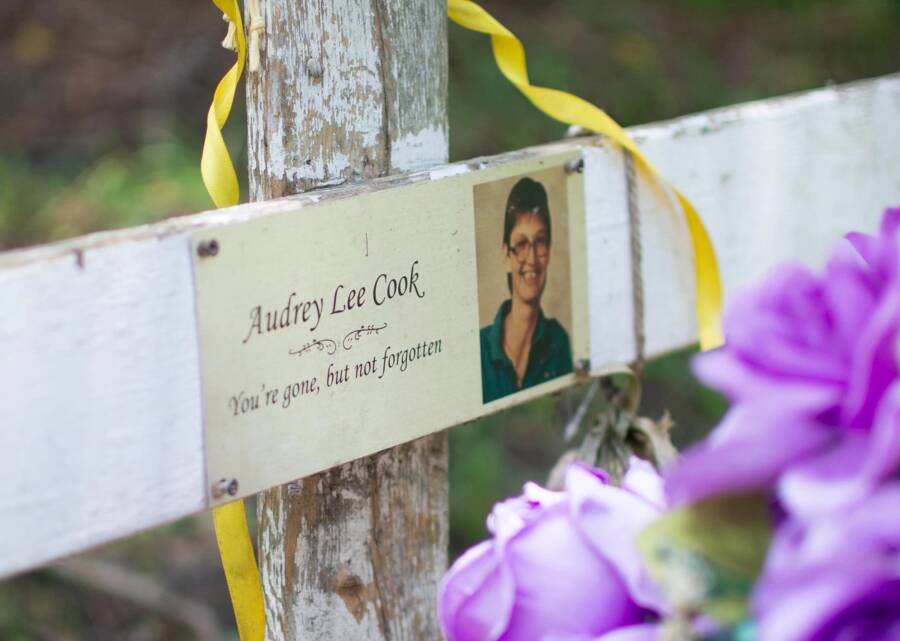 FBIA cross erected in the memory of Audrey Lee Cook after her body was identified decades after her murder.

Cook was a mechanic working in the area of Houston, and she was last seen alive in December 1985. Prudhomme was a young mother of two who had just left her abusive husband and was down on her luck. The last time her family heard from her was in 1989.

There are, of course, suspects in the cases, but no one has ever been officially linked to the murders. And as the years pass, it only gets more difficult to find answers.

“With that much time going by, people lose their memories,” said Special Agent Richard Rennison, who has investigated the Texas Killing Fields for over a decade. “People pass away. People just simply forget. It’s hard to remember significant details from that long ago.”

But Rennison hasn’t given up on the investigation yet. “It may be labeled a cold case, but that doesn’t mean it’s sitting on a shelf and isn’t being worked,” he said. “It’s being worked actively at the FBI and actively at the League City Police Department… Anything anyone in the public knows, no matter how small they think it is, we really want them to come forward, because it may be very significant to us.”

While the Texas Killing Fields are among the most notorious in the country, there are other areas with equally dark and dangerous histories. Learn more about the five biggest killing fields in America. Or, read about the Oklahoma Girl Scout murders that remain unsolved to this day.