Weighing in at several tons and reaching up to 32 feet long, the "White Rock Spinosaurid" was probably the largest land predator Europe has ever known. 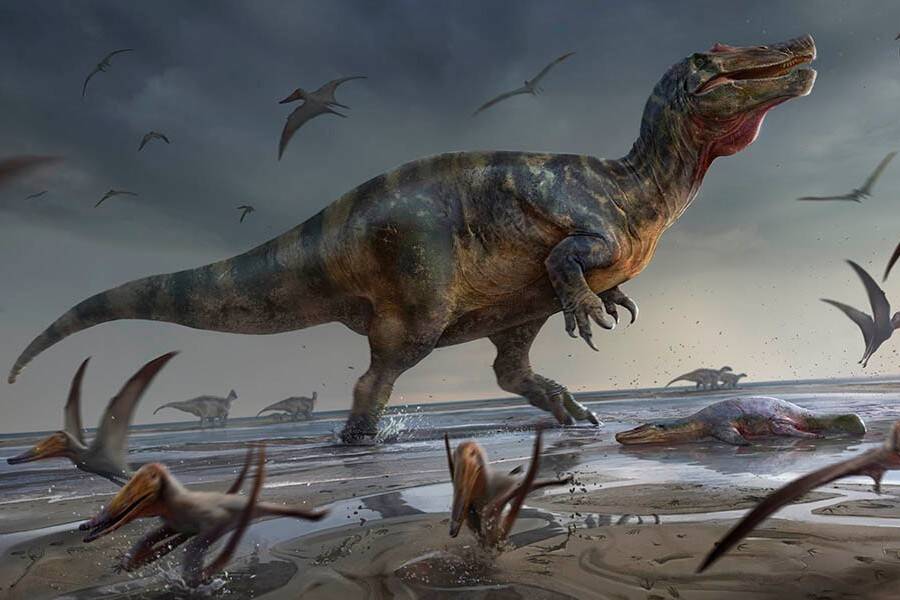 Anthony HutchingsThe “White Rock Spinosaurid,” yet to receive a formal scientific name, ranked among the most fearsome hunters of its era.

English researchers have just unearthed an entirely new species of dinosaur predator from the Isle of Wight. Temporarily called the “White Rock Spinosaurid” after the geological layer from which it was unearthed, it reached 32 feet in length and lived 125 million years ago. What’s more, paleontologists believe it was the largest predator ever to walk Europe.

Experts were able to deduce roughly when the creature lived and died by noting its final resting place, a rock face named the Vectis Formation. According to the Natural History Museum, this geological site has long preserved the beginning of a period of rising sea levels — when the spinosaurid likely stalked the area’s lagoons.

The fossils dug from this formation on the southwestern coast included both pelvic and tail vertebrae. These are now being preserved at the Dinosaur Isle Museum in Sandown while researchers debate the dinosaur’s formal scientific name. Nearly as long as a city bus, the White Rock Spinosaurid was an undeniable killer.

“This was a huge animal, exceeding 10 meters (32.8 feet) in length and probably several tons in weight,” said Chris Barker, lead researcher. “Judging from some of the dimensions, it appears to represent one of the largest predatory dinosaurs ever found in Europe — maybe even the biggest yet known.” 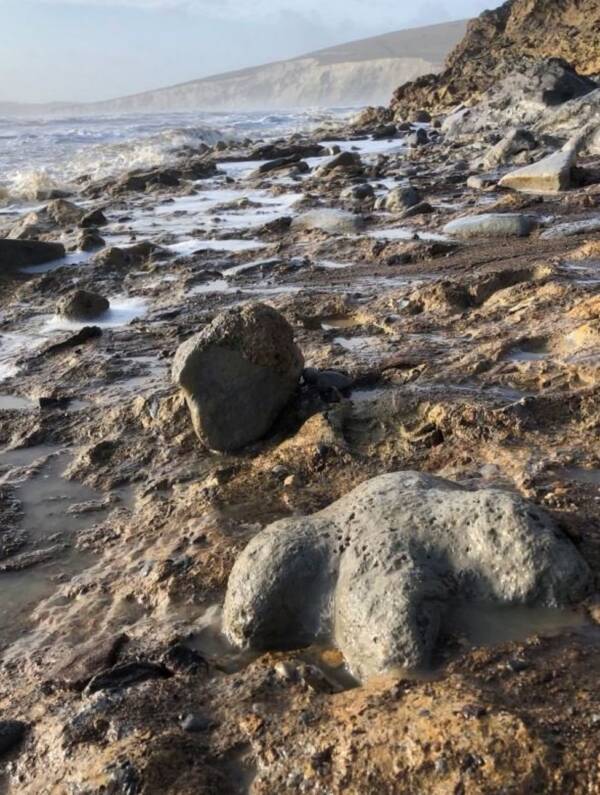 Jeremy LockwoodThe fossilized remains were found in the Vectis Formation on the Isle of Wight’s southwestern coast.

For co-author and University of Portsmouth PhD student Jeremy Lockwood, the discovery was bittersweet. While proud of the endeavor, he clarified that most of the fossils were unearthed by Nick Chase — who died recently. Lockwood described him as “one of Britain’s most skilled dinosaur hunters.”

“I was searching for the remains of this dinosaur with Nick and found a lump of pelvis with tunnels bored into it, each about the size of my index finger,” said Lockwood. “We think they were caused by bone eating larvae of a type of scavenging beetle.”

“It’s an interesting thought that this giant killer wound up becoming a meal for a host of insects.”

The find came on the heels of two other previously-unknown spinosaurid dinosaurs being unearthed from the Isle of Wight in 2021. For co-author Darren Naish who was involved in at least one of those discoveries last year, this find strongly supports one of his theories.

“This new animal bolsters our previous argument — published last year — that spinosaurid dinosaurs originated and diversified in western Europe before becoming more widespread,” he said. “Because it’s only known from fragments at the moment, we haven’t given it a formal scientific name. We hope that additional remains will turn up in time.” 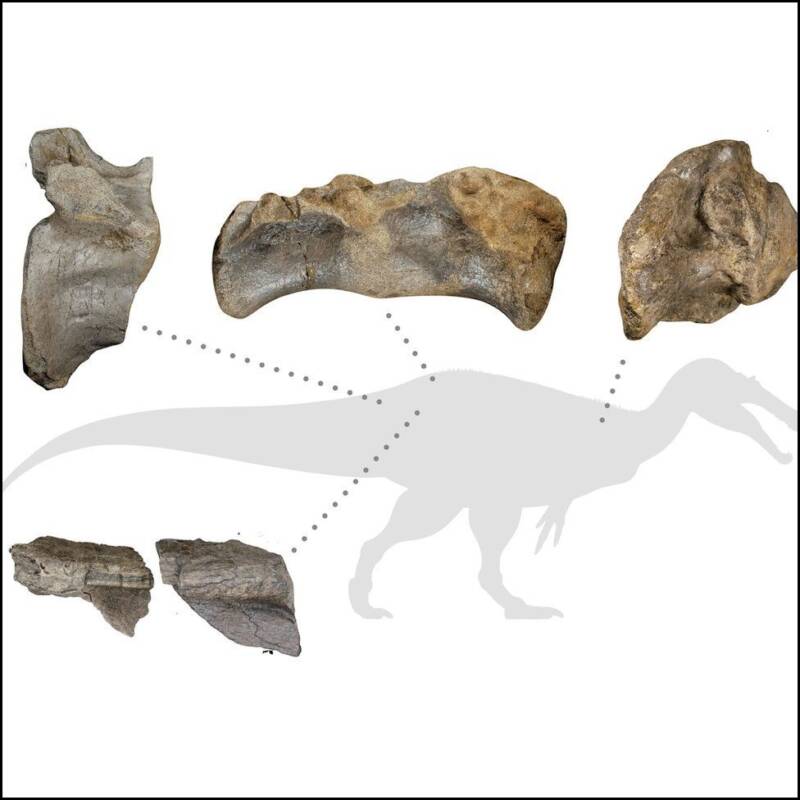 Chris BarkerResearchers found remains that included both tail and pelvic vertebrae, confirming the dinosaur was up to 32.8 feet long.

While certainly remarkable, this particular species wasn’t quite as long as the biggest spinosaurid in the fossil record, the Spinosaurus. That creature dwarfed even the Tyrannosaurus rex and was likely capable of swimming — thereby wreaking havoc on sea and land-based prey alike.

While Naish believes that spinosaurid dinosaurs first emerged on the European continent before spreading across the globe, dinosaurs as a whole ultimately perished during the Cretaceous-Tertiary extinction event 66 million years ago. This was only confirmed when experts found a layer of iridium in the soil in the 1980s.

As for the crocodile-faced White Rock Spinosaurid, the particular specimen drew its last breath near the Isle of Wight’s Compton Chine millions of years before an asteroid struck Mexico’s Yucatán Peninsula.

The research team is currently focused on learning more about the dinosaur’s biological particulars. Barker and his peers are now generating several thin sections of the fossilized fragments in order to study the animal’s microscopic properties inside the bone — which could confirm the creature’s age and growth rate.

“It’s a shame it’s only known from a small amount of material, but these are enough to show it was an immense creature,” said Barker.

After reading about Europe’s largest land predator unearthed on the Isle of Wight, learn about the Quetzalcoatlus, the largest flying dinosaur ever found. Then, check out 33 photos from the Isle of Wight Festival 1970.