In just one year between 1979 and 1980, "Freeway Strangler" William George Bonin murdered at least 21 victims, though some suspect he killed over a dozen more. 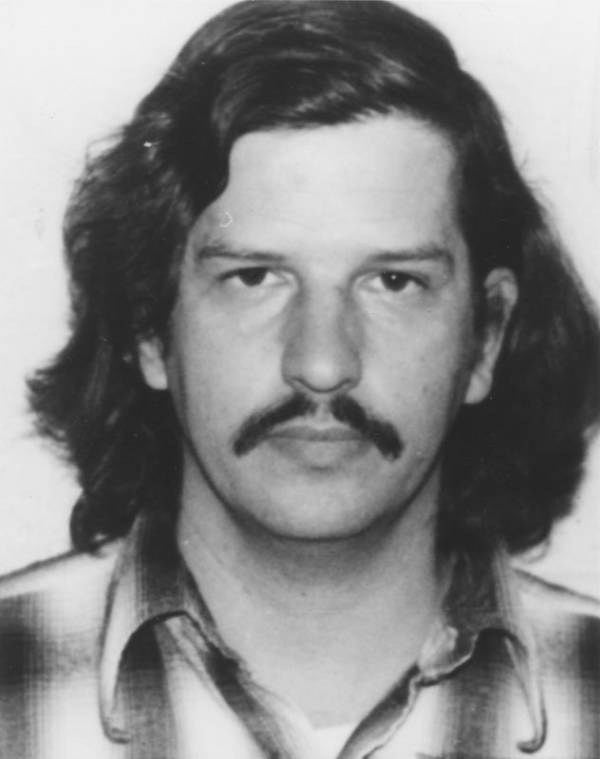 In 1979, dozens of murdered teenage boys were uncovered on California’s sprawling freeways, with one victim as young as twelve. As police discovered the bodies of the victims, their corpses showed signs of violent sexual assault with the trademark of the serial killer being death by strangulation and stabbing.

His name was William Bonin and he officially murdered 14 teenage boys and unofficially killed up to 21, though some say the real total is 36 or even higher.

Unlike most serial killers of the era, this one had accomplices. These accomplices helped the “Freeway Killer” repeatedly commit murder in Los Angeles County and Orange County. From an icepick to a tire iron to a jack handle, the murderer used a variety of weapons for the murders.

Some victims managed to escape from Bonin’s clutches and recounted their terrifying experiences:

“I told him that I didn’t need to go any farther, and the car drifted to the side of the busy freeway and stopped. Suddenly, without a word, he took out a piece of cord, lunged across and wrapped it around my neck. I thought, ‘This is it – I’m dead.'”

This particular victim escaped after he kicked Bonin in the groin and ran out of the car, flagging down a police cruiser as Bonin sped away. 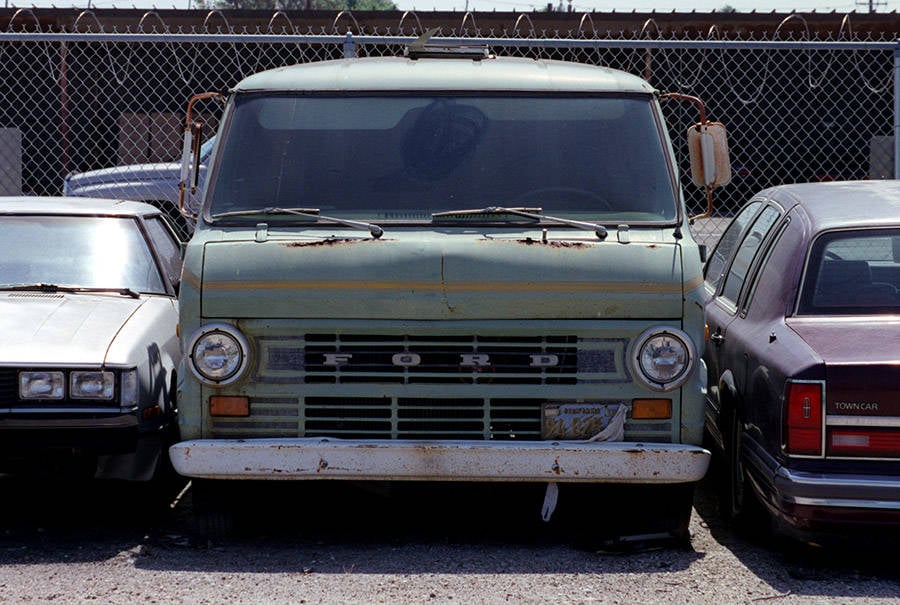 Los Angeles Times/Getty ImagesThe Ford van that William Bonin used in the course of his murders.

“He had set the gun on his left-hand side but he already locked the door on the right, so I couldn’t get out without reaching around and grabbing the door. So I knew that by the time that I did, he could easily grab the gun and shoot me… He started taking off his clothes and told me to take off mine… He was raping me in the front seat of the car and he had a t-shirt around my neck with a tire iron through the sleeves. And he was twisting it, trying to strangle me.”

In this rare case, Bonin unexpectedly let the fourteen-year-old David go free after the rape.

William Bonin himself was the product of a dysfunctional family and child molestation. Born William George Bonin in Connecticut on January 8, 1947, he was the middle child of three brothers. He grew up with an alcoholic father and absentee mother and was primarily raised by his grandfather, who was a convicted child molester.

He ran away from home at the age of eight and in his early adolescence, he was sent to a juvenile detention center for stealing license plates. During his time in the detention center, Bonin was allegedly sexually assaulted by older teenage boys.

In 1965, Bonin enlisted in the U.S. Airforce and served during the Vietnam war as a helicopter gunner. During his enlistment, he assaulted two soldiers under his command. After the war’s end, William Bonin married, divorced, and relocated to California.

At the age of twenty-two, he was arrested for sexually assaulting five boys in the South Bay area in 1969 and spent over five years in prison. After his release, he sexually assaulted the aforementioned fourteen-year-old David McVicker in 1975. Bonin was immediately shipped back to prison for an additional four years.

The Vicious String Of Murders Committed By The Freeway Killer 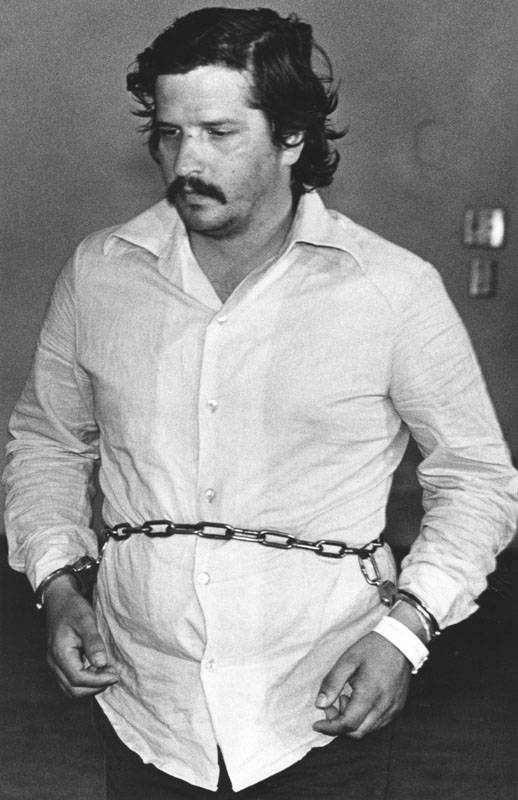 William Bonin was once again released from prison in 1979 and vowed to never get caught again. This tragically resulted in an escalation of the violence, as Bonin began to murder his teenage victims. However, Bonin didn’t commit these murders alone as he had four accomplices: Vernon Butts, Gregory Miley, James Munro, and William Pugh.

His first murder victim was Marcus Grabs, a 17-year-old German exchange student. He was last seen hitchhiking along the Pacific Coast Highway on August 5. 1979. His naked body was found a few days later in Malibu Canyon, stabbed nearly 80 times with a nylon rope around his neck.

On August 27, the mutilated body of Donald Hyden, a 15-year-old from Hollywood, was discovered in a dumpster. His throat had been slashed, and he had been strangled and raped. The same fate met seventeen-year-old David Murillo, who disappeared on September 9 while he was on his way to the movies. Three days later, his body was found, sodomized and mutilated. 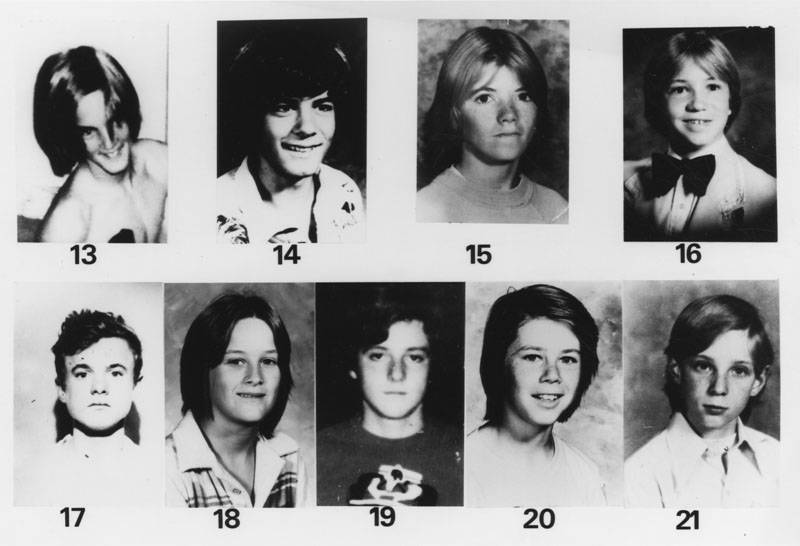 A number of the dead, like James McCabe, were just kids. Twelve-year-old McCabe was waiting for a bus to take him to Disneyland in March 1980, when he was snatched, bludgeoned, strangled, and tossed in the trash. The majority of Bonin’s victims had been sexually assaulted and were strangled with their own T-shirts, with the killer using a metal bar to tighten it around their necks.

William Bonin’s body count continued to rise until police found one of his accomplices—William Pugh, who confessed to allegedly only witnessing the murders. Following his statements, the police quickly placed Bonin under surveillance.

William Bonin Gets Caught In The Act And Faces Justice 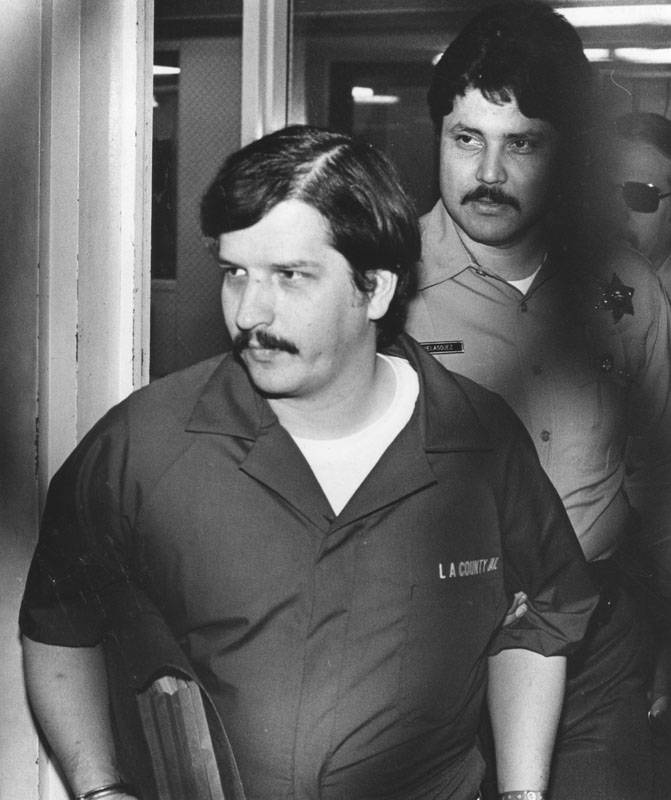 On June 11, 1980, William Bonin set out in his van, stopping to talk to five young men along the way. Finally, one young man accepted a ride. Police caught Bonin in the act of sodomizing the 15-year-old victim. They found a length of white nylon cord, several knives, and a thick scrapbook of clips about the “Freeway Killer” in his van.

He went to trial on November 4, 1981, and was sentenced to death. Bonin subsequently made history as the first person to die by lethal injection in California.

On his final day, Bonin spent this time with his friends and in the late afternoon, he was escorted into the death watch cell. For his last meal, William Bonin requested two large pepperoni and sausage pizzas, three pints of coffee ice cream, and three six-packs of regular Coca-Cola. During the evening, Bonin was visited by the warden and the Catholic chaplain.

His last words were:

“That I feel the death penalty is not an answer to the problems at hand. That I feel it sends the wrong message to the youth of the country. Young people act as they see other people acting instead of as people tell them to act. And I would suggest that when a person has a thought of doing anything serious against the law, that before they did, that they should go to a quiet place and think about it seriously.”

As for the accomplices of the Freeway Killer, two of them died, with Vernon Butts hanging himself while awaiting trial and Gregory Miley succumbing to injuries from an attack in prison. For taking part in one of William Bonin’s killings, James Munro is currently serving 15-years to life for second-degree murder. However, William Pugh was sentenced to six years for voluntary manslaughter and was freed from prison after serving only four.

After learning about the grisly crimes of William Bonin, the Freeway Killer of California, learn how Aileen Wuornos became history’s most terrifying female serial killer. Then meet Pedro Rodrigues Filho, the real-life “Dexter” — serial killer of other criminals.