Meet Irma Grese, “The Beautiful Beast” And One Of The Nazis’ Most Feared Guards

How Irma Grese went from being a troubled teen to becoming one of the most sadistic guards to ever work inside a Nazi concentration camp.

From the deranged Dr. Josef Mengele to the cruel propaganda minister Joseph Goebbels, the names of Adolf Hitler’s Nazi henchmen — and henchwomen — have become synonymous with evil.

And of all the savage figures to emerge from Nazi Germany, one of the most beastly is that of Irma Grese. Labeled “the most notorious of the female Nazi war criminals” by the Jewish Virtual Library, Irma Grese committed crimes that were especially brutal even among her Nazi compatriots. 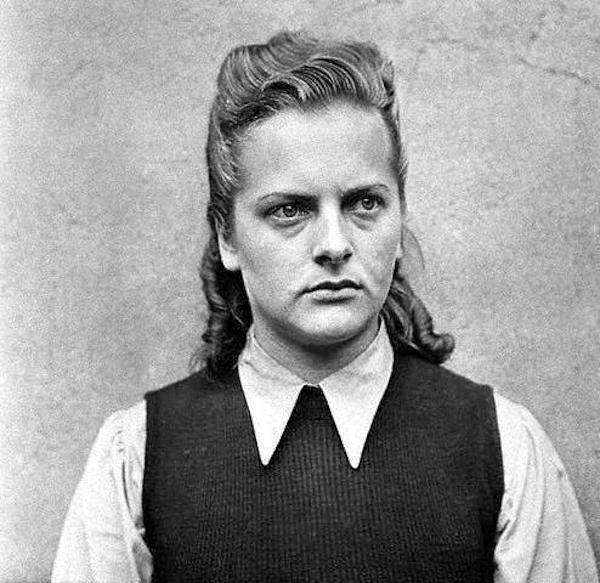 Born in the fall of 1923, Irma Grese was one of the five children. According to trial transcripts, 13 years after Grese’s birth, her mother committed suicide upon discovering that her husband was cheating on her with a local pub owner’s daughter.

Throughout her childhood, there were more problems for Grese, including some in school. One of Grese’s sisters, Helene, testified that Grese was bullied badly and lacked the courage to stand up for herself. Unable to tolerate the torment of school, Grese dropped out when she was just a young teen.

To earn money, Grese worked on a farm, then in a shop. Like many Germans, she was bewitched by Hitler and at 19, the dropout found herself employment as a guard at the Ravensbruck concentration camp for female prisoners.

One year later, in 1943, Grese was transferred to Auschwitz, the biggest and most infamous of the Nazi death camps. A loyal, dedicated, and obedient Nazi member, Grese then rapidly ascended to the rank of senior SS supervisor — the second highest rank that could be bestowed upon females in the SS. 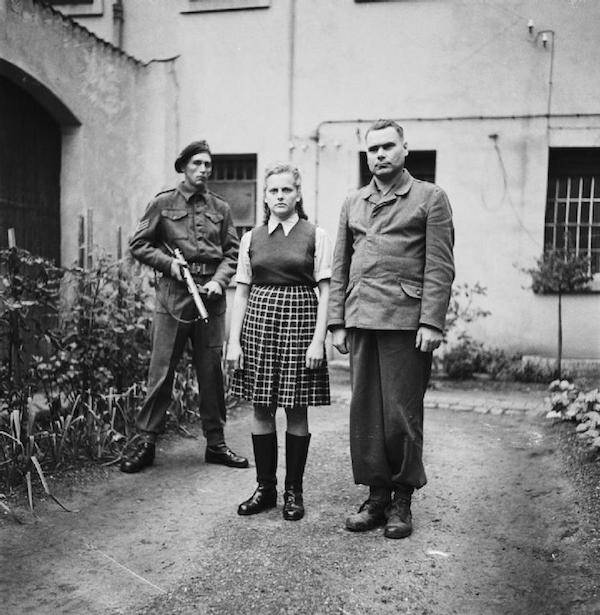 Wikimedia CommonsIrma Grese stands in the courtyard of the prison in Celle, Germany, where she was held for war crimes. August 1945.

With so much authority, Irma Grese could unleash a torrent of lethal sadism upon her prisoners. Though it’s hard to verify the details of Grese’s abuses — and scholars, like Wendy Lower, point out that a lot what has been written about female Nazis is clouded by sexism and stereotypes — there is little doubt that Grese deserves her nickname, “the Hyena of Auschwitz.”

In her memoir Five Chimneys, Auschwitz survivor Olga Lengyel writes that Grese had many affairs with other Nazis, including Mengele. When it came time to select women for the gas chamber, Lengyel noted that Irma Grese would purposely pick out the beautiful female prisoners due to jealousy and spite.

According to professor Wendy A. Sarti’s research, Grese had a sick fondness for striking women on their breasts and for forcing Jewish girls to be her lookout as she raped inmates. As if this wasn’t enough, Sarti reports that Grese would sick her dog on prisoners, whip them constantly, and kick them with her hobnailed jackboots until there was blood.

Lastly, the Jewish Virtual Library wrote that Grese had lampshades made from the skin of three dead prisoners. 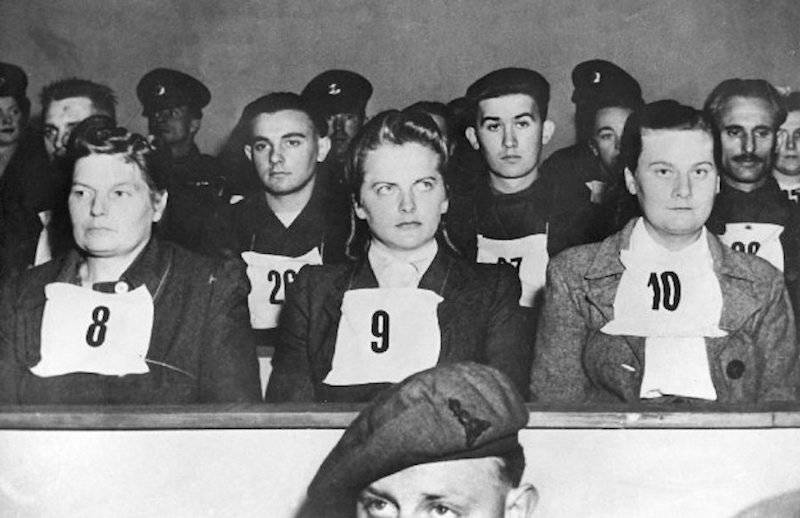 But as the Allies loosened the Nazis stranglehold on Europe, Grese went from destroying people’s lives to trying to save her own.

In the spring of 1945, the British arrested Grese, and, along with 45 other Nazis, Grese found herself accused of war crimes. Grese pleaded not guilty, but the testimony of witnesses and survivors of Grese’s mania got her convicted and sentenced to death.

On December 13, 1945, Irma Grese was hanged. At just 22 years old, Grese has the distinction of being the youngest woman hanged under British law during the 20th century.

After this look at Irma Grese, read up on Ilse Koch, “the bitch of Buchenwald.” Then, see some of the most powerful Holocaust photos ever taken.