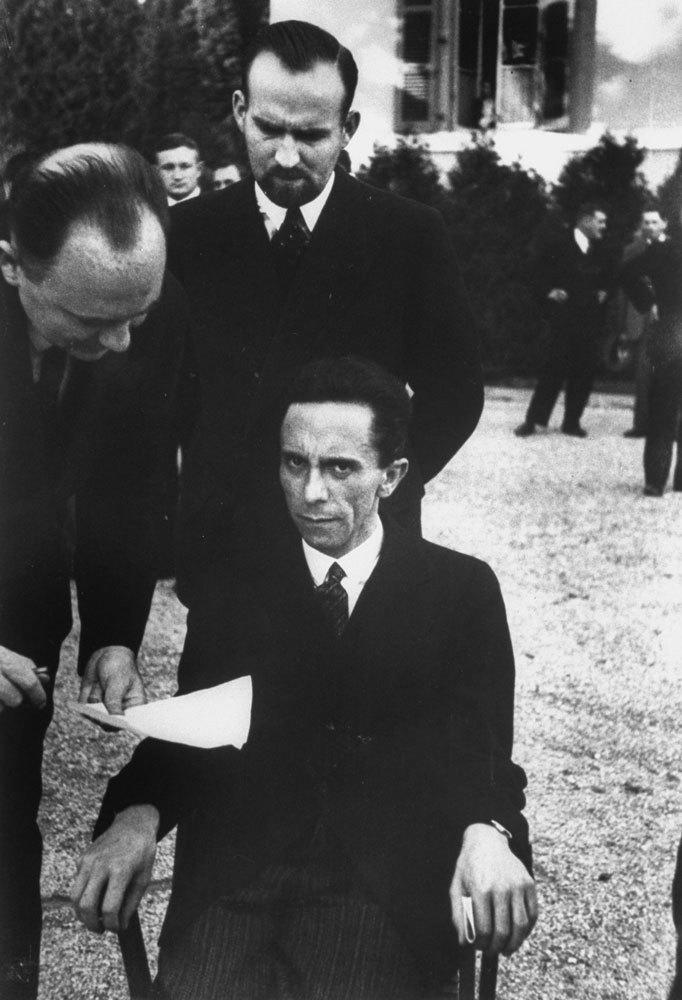 In September 1933, LIFE photographer Alfred Eisenstaedt traveled to Geneva, Switzerland to document a League of Nations conference, where Nazi propaganda minister Joseph Goebbels was present. There, Eisenstaedt–a German-born Jew–captured one of the most intimate, chilling portraits of any high-ranking Nazi.

Eisenstaedt had already snapped a few “personable” shots before Goebbels learned he was Jewish. This photograph reveals the sudden shift in Goebbels’ demeanor.

Years later, in Eisenstaedt on Eisenstaedt: A Self-Portrait, the then-87-year-old photographer spoke on this day in detail:

“I found him sitting alone at a folding table on the lawn of the hotel. I photographed him from a distance without him being aware of it. As documentary reportage, the picture may have some value: it suggests his aloofness. Later I found him at the same table surrounded by aides and bodyguards. Goebbels seemed so small, while his bodyguards were huge.

I walked up close and photographed Goebbels. It was horrible. He looked up at me with an expression full of hate. The result, however, was a much stronger photograph. There is no substitute for close personal contact and involvement with a subject, no matter how unpleasant it may be… He looked at me with hateful eyes and waited for me to wither. But I didn’t wither. If I have a camera in my hand, I don’t know fear.”

For more stunning Nazi-era photography, check out the shocking photo of Adolf Hitler that he tried to ban and what everyday life looked like in Nazi Germany.