How William Masters and Virginia Johnson Became ‘Masters Of Sex’

The controversial sex-research team pioneered the field of human sexuality and introduced ideas that are still widely used today. 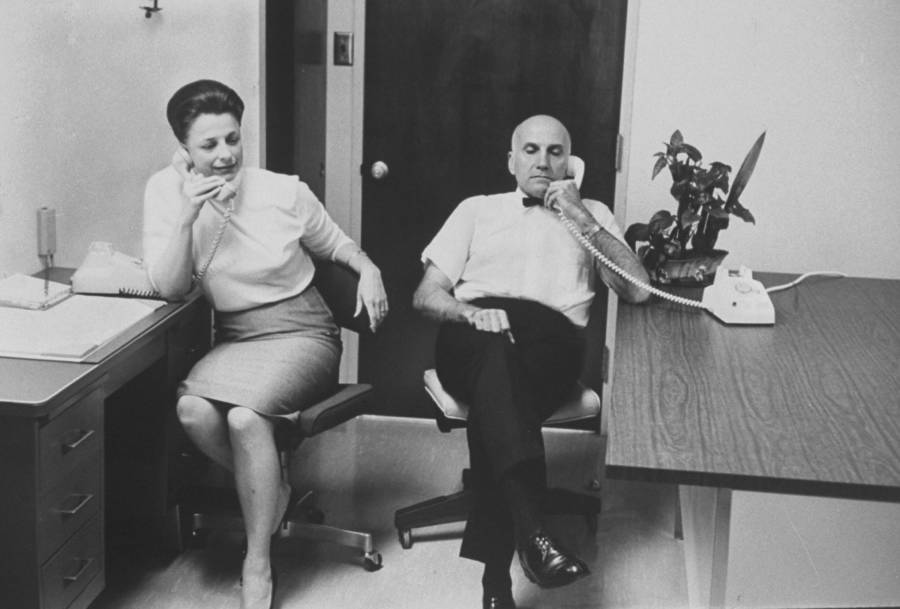 William Masters and Virginia Johnson were the first researchers to “bring science to the bedroom;” before their experiments in the 1950s, sex had never really been addressed from a purely medical standpoint. During his anatomy studies, Masters came to the realization that although studies had been done of the reproductive habits of rabbits and apes, no similar study had been done on humans. Masters thought identifying the reactions of the human body to the act of sex could be his key to a Nobel prize.

William Masters had an OB-GYN practice in St. Louis and was an expert in infertility; he believed deeper research into the act of sex itself could provide useful insight to help struggling couples.  At first, the only subjects available for the doctor to observe in flagrante were the city’s prostitutes (he managed to skirt any legal troubles with the help of the police chief, whom Masters had assisted with his difficulties in conceiving a child). Soon he was recruiting volunteers that he could monitor more closely in his own clinic.

The second half of the famous pair, Virginia Johnson, was recruited to the team after she applied for an assistant position in the medical faculty of Washington University in St. Louis where Masters worked. She got her first induction to the strange world of sex research when she opened one of the notorious “closed doors” in the facility and walked in on a couple having sex with paper bags over their heads and electrodes covering their bodies. Johnson was able to provide a woman’s perspective to Masters’s research and she soon proved an invaluable asset to his project.

The couple became subjects of their own research after Masters rather un-romantically suggested to Johnson that engaging in intercourse themselves would allow them to study”superficial vasocongestive skin response to increasing sexual tensions.” They continued their first-hand experiments throughout the 1960s although Masters was actually already married. It wasn’t until Johnson began an affair with another one of their subjects that Masters decided to divorce his wife and propose to his partner.

Far from being spurred by anything as mundane as jealousy, Masters realized marriage was the surest way to ensure his research with Johnson could continue indefinitely (or at least until he received his Nobel prize). While it might be easy to assume constant exposure to sex had caused the couple to be swept up by all-consuming passion that tied them together, Masters once admitted that their clinical observations were actually “the damnedest least sexy thing you could imagine.”

The Fall Of Masters And Johnson

Although their 1966 publication “Human Sexual Response” caused a national sensation and catapulted them both to stardom, William Masters and Virginia Johnson proved more of a fad than an enduring legend. Their research was shocking at the time for being the first of its kind, but the book itself was written in dull, clinical language, and it was more the open discussion of sex (in particular women’s response to sex) as science that seized the public’s attention. 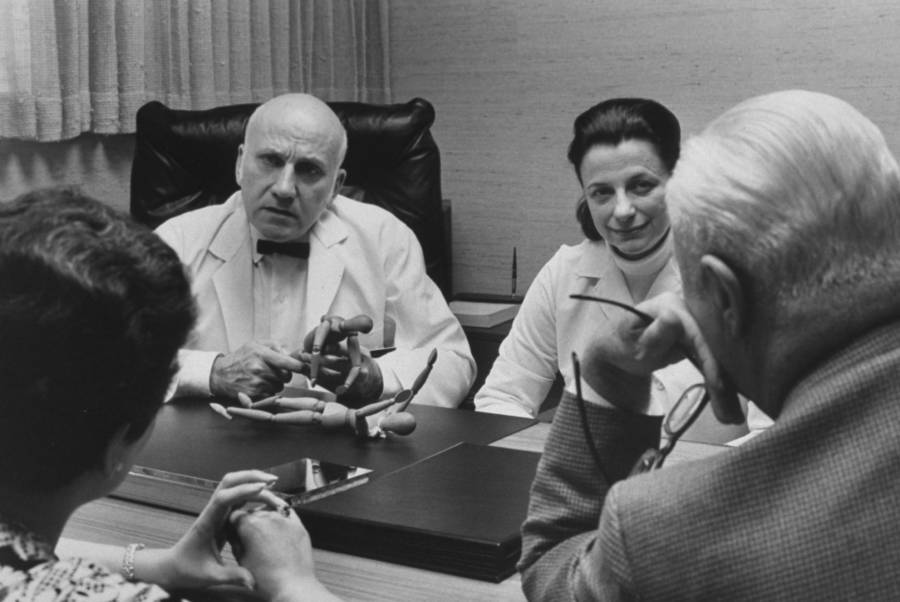 Years later, their 1979 publication “Homosexuality in Perspective” provoked yet more controversy, yet this time almost entirely negative. In it, Masters claimed that homosexuality was a choice that could be cured by “conversion treatment.” Although Johnson had initially disagreed with his partner on the subject, he eventually bowled over her objections and went forward with the publication.

The idea of a “cure” for homosexuality has been widely condemned by the scientific community today, and Masters and Johnson’s original support for the theory has cast some doubt over the rest of their research.

The scandalous team of William Masters and Virginia Johnson divorced after twenty-one years of marriage in 1992; although Masters remarried, his name would forever be linked with that of his former research partner.

Next, read about the research done by Margaret Howe Lovatt, who explored her sexuality with a dolphin. Then, check out the book once used to diagnose sexual deviancy in the 19th century.