Scientists Have Figured Out What Will Happen When The Sun Dies

The sun only has a finite amount of energy, and when it's gone, it's going out in a blaze of glory. 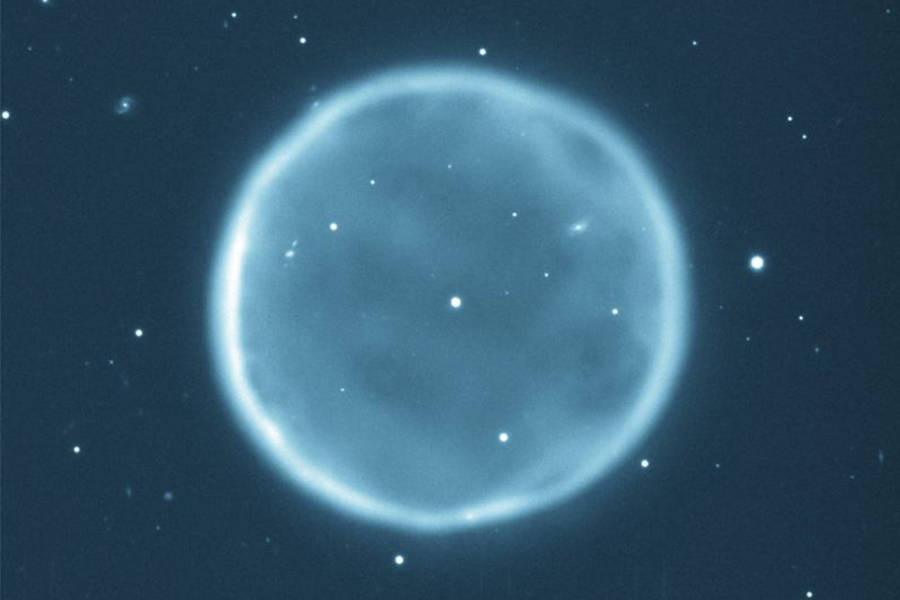 Yahoo NewsThe sun, when it dies, will create a planetary nebula like this one, according to scientists.

For ages, insightful scientists and curious laypeople alike have been hypothesizing what will happen when the sun inevitably dies. Now, a team from the Universty of Manchester believes they’ve finally figured it out.

The sun is a star, one of the largest (though tiny in comparison to some) in the known universe. As with all stars, the sun only has a finite amount of energy, and eventually, it will use up all that power. That time, scientists universally agree, will come in about 10 billion years.

According to the new study, quite a lot.

As the sun burns up the last of its hydrogen, it’ll turn from the sun as we know it into a red giant. Then, it will start to grow, during which it will inevitably destroy Earth (the good news is, there won’t be any humans on it, as it will have become uninhabitable eons before that).

Once the red giant reaches about 250 times its current size, it’ll explode, leaving behind a glowing ring of interstellar gas and dust known as a planetary nebula. According to the team of scientists, this is how about 90 percent of stars die; scientists just weren’t sure if our sun would have enough mass to do so. Apparently, it does.

After the sun ejects the planetary nebula, it’ll hover in space, and be visible for about 10,000 years.

“When a star dies it ejects a mass of gas and dust – known as its envelope – into space,” Professor Albert Zijslra, from the University of Manchester said. “The envelope can be as much as half the star’s mass. This reveals the star’s core, which by this point in the star’s life is running out of fuel, eventually turning off and before finally dying.”

“It is only then the hot core makes the ejected envelope shine brightly for around 10,000 years – a brief period in astronomy,” he continued. “This is what makes the planetary nebula visible. Some are so bright that they can be seen from extremely large distances measuring tens of millions of light years, where the star itself would have been much too faint to see.”

While the discovery itself is a breakthrough in science, the methods that the team used to make it are also revolutionary.

Using a supercomputer, the team created a data model that predicts the life cycle of stars. The data resulted in a model that shows just how much gas and interstellar dust, stars eject into the world when they die and what it could look like.

Next, check out what happens to astronauts bodies after a year in space. Then, read about how NASA is sending sperm to space to find out if babies can effectively be made up there.