The Curious Case Of Michael Malloy – “Rasputin Of The Bronx”

Michael Malloy was a down-on-his-luck drunk during the Great Depression when he was targeted for murder as part of a life insurance scam. The only problem was, he wouldn't die. 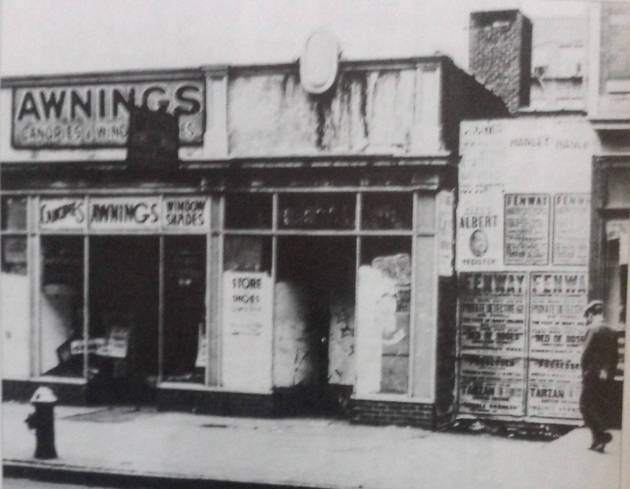 Wikimedia commons.Tony Marino’s speakeasy, where the “Murder Trust” hatched their plan to kill Mike “the Durable” Malloy. It did not go as planned.

Michael Malloy was like a lot of down-on-their-luck, unemployed men in New York City during the Great Depression. Apart from doing the occasional odd job, they drowned their sorrows at local speakeasies with the occasional unsavory characters.

Malloy had been unremarkable in life, but that would change in death when he became the world’s most stubborn murder victim. He would survive five murder attempts, which posthumously earned him the various nicknames: “Iron Mike,” Mike “the Durable” Malloy, and the “Rasputin of the Bronx.”

Michael Malloy was a regular at Tony Marino’s bar, where he’d drink until he passed out. Marino, 27, would be lucky to get money from customers for his bootlegged whiskey. Tabs were opened, but few were paid.

One afternoon in July 1932, Malloy was drinking as usual, and Marino and his two friends – Francis Pasqua and Daniel Kriesberg – got an idea to make some quick cash: take out a life insurance policy on Malloy and help him drink himself to death.

Michael Malloy’s background was unknown, with no friends or family to speak of. Even his age was unknown. He was certainly someone who would not be missed – and whose identity could easily be forged.

Marino had already pulled a similar con a year earlier when he killed a homeless woman and collected on her $2,000 life insurance policy.

The ever-drunk Malloy seemed like an even easier target, and soon a “Murder Trust” (as the newspapers would later call them) was formed between Marino, Kreisberg, Pasqua, bartender Red Murphy, and petty criminals John McNally, Edward “Tin Ear” Smith, “Tough Tony” Bastone and Joseph Maglione. 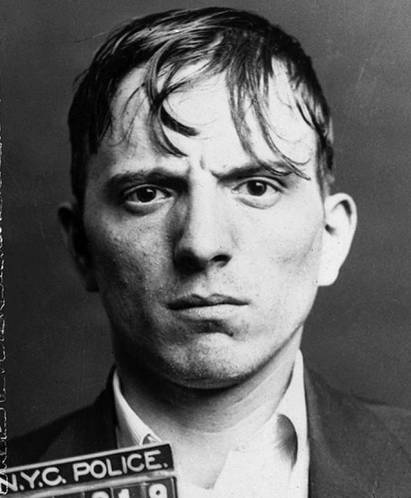 Wikimedia commons.Tony Marino convinced homeless woman Mabel Carson to make him the sole beneficiary of her life insurance. He then murdered her.

Murphy’s job would be to identify the deceased Malloy as his next of kin, “Nicholas Mellory,” a fictitious person with three life insurance policies each offering double indemnity. If the plan was successful, each member of the “Trust” would receive a share of the $3,576 (about $65,000 today).

Conning Malloy into signing three insurance policies was easy enough. All Marino had to do was offer a delighted Malloy a free limitless bar tab, and he did what was asked. With signed insurance policies, killing Malloy now seemed nothing more than a formality.

Malloy was in a pretty bad state to begin with, so Marino hoped that by repeatedly filling his glass, Malloy would drink himself to death. But after three days of drinking, Malloy was still breathing.

So Marino spiked his drinks. Some sources say he used antifreeze, then turpentine and, finally, horse liniment with rat poison. Others say he gave Malloy shots of wood alcohol, which is methanol crudely distilled from wood. Wood alcohol is so strong that even just a small amount could cause blindness.

Marino waited until Malloy was drunk from shots of whiskey before making the switch to shots of pure, 100 percent wood alcohol. Malloy didn’t notice and happily swallowed it night after night.

One night Malloy fell to the floor unconscious. But to the would-be murderers’ dismay, he did not expire. Instead, he began to snore. When he awoke hours later, he asked for more. 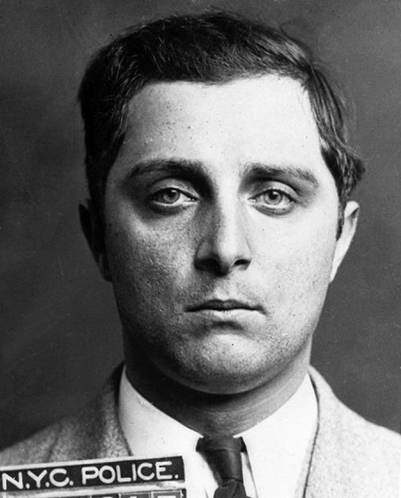 It was undertaker Frank Pasqua’s idea to take an insurance policy out on Malloy.

The “Murder Trust” decided to poison his food as well. Malloy was given oysters that had been marinating in denatured alcohol (methylated spirits) for a couple of days. One by one he scarfed them down between shots of wood alcohol. The “Murder Trust” waited patiently for Malloy to keel over. But he didn’t. He just belched and carried on drinking.

Marino upped the ante. He let an open tin of sardines’ rot for a few days, then prepared a sandwich for Malloy seasoned with broken glass, carpet tacks, and finely ground shavings from the sardine tin. Malloy ate the sandwich none-the-wiser and asked for another.

The gang was getting desperate. With the insurance premiums, the cost of whiskey and the various industrial alcohols, killing Malloy was becoming an expensive enterprise.

By this time it was winter, so they took an inebriated Malloy to snow-covered Crotona Park about half a mile from Marino’s speakeasy. They dumped him on a park bench, ripped open his clothes, and drenched him with five gallons of water. But to Marino’s surprise, he found Malloy in the basement of his speakeasy the next day complaining of a chill.

There had now been four attempts on Michael Malloy’s life. And none of them had brought him even close to the brink of death. It was decided more brutal measures were required.

The “Trust” enlisted cab driver Hershey Green to run Malloy down. In the dead of night, a drunken Malloy was placed in the middle of the road. But as the car barreled towards him, he managed to come to his senses even in his inebriated state and jump out of the way. After two dodges, the taxi struck him, and then backed over him. They left Malloy for dead after a passerby startled them.

A week later, Murphy posed as “Nicholas Mellory’s” brother and called morgues and hospitals in the hope of hearing of Malloy’s passing. But there was no sign of him. Nor had newspapers made any mention of a man run down in the street. A few days later Malloy limped into his favorite speakeasy to see his friends and get his free quota of alcohol. Apart from a fractured skull and broken shoulder, he was in good spirits.

With February’s insurance premium due, they considered hiring a professional hitman, but that was too expensive. They tried running another drunk down to cash in their insurance policies. But he survived too.

The Death Of Michael Malloy 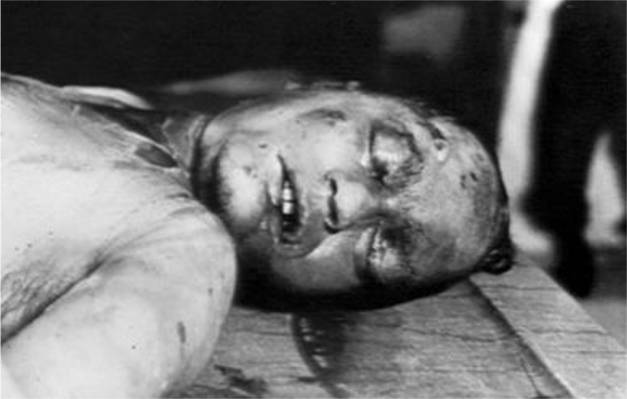 Malloy’s body was exhumed and an autopsy was undertaken after Prudential Insurance became suspicious of the “Murder Trust’s” fraudulent insurance scheme.

In a tenement room, they put one end of a rubber tube from a gas light into his mouth, wrapped a towel tightly around his face, and then poisoned him with carbon monoxide.

A crooked doctor friend of Pasqua’s forged a death certificate in the name of Nicholas Mellory.

They only received an $800 payout from Metropolitan Life Insurance, and then everything began to fall apart for the “Murder Trust” when they tried to collect the insurance money from Prudential Life Insurance.

To legitimize the claim, Prudential’s insurance agents asked to see the body. But when Pasqua said the body was already buried, the insurance company called the authorities. On May 1933, Malloy’s body was exhumed. The phony death certificate said he had died from lobar pneumonia, but the subsequent autopsy proved otherwise.

Green, who was not happy with his cut, started talking. Police discovered that a homeless woman had died in Marino’s speakeasy under suspicious circumstances and that Marino was the sole beneficiary of her life insurance.

Then on a separate matter, “Tough Tony” Bastone was shot dead, and Joseph Maglione was charged with his murder.

Before long there was enough evidence to arrest the remaining “Murder Trust.” Frank Pasqua, Tony Marino, Daniel Kriesberg, and Joseph Murphy appeared at the Bronx County Court House. First, they tried to plead insanity, but when that didn’t work they tried to implicate each other in the murder. Finally, they accused Bastone of Malloy’s murder.

It didn’t work. In June and July 1934 Pasqua, Marino, Kriesberg, and Murphy were executed in “Old Sparky,” the electric chair at Sing Sing prison. Harry Green was the only member of the “Murder Trust” to escape execution and was instead sent to prison.

Michael Malloy was not only known for being the most stubborn murder victim. His murder case was also one of the first to be investigated by the New York City Medical Examiner’s Office.

Next, find out if your country has a drinking problem. Then read about Belle Gunness – the infamous Black Widow Killer.