One year after being discovered, the Tapanuli orangutan is already on the brink of extinction. 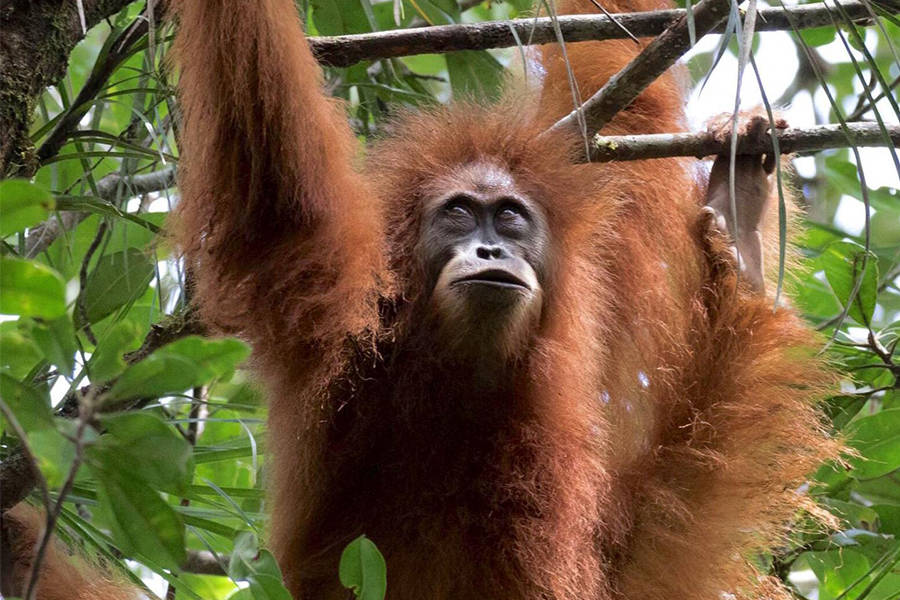 The Tapanuli orangutan, discovered just last year in the forests of Sumatra in Indonesia is on the brink of extinction, and a new study claims that China is in part responsible.

A new study, published in the journal Current Biology claims that China-backed road construction and deforestation is threatening the already-fragile habitat of the Tapanuli orangutan – one of the rarest creatures on the planet.

“The Tapanuli orangutan is only the seventh species of Great Ape known to be alive today – and it’s one of our closest relatives,” explained William Laurance, Director of the Centre for Tropical Environmental and Sustainability Science and the research team leader on the study. “It was only described scientifically as a new species late last year. Losing it would be like watching the disappearance of the Humpback Whale or the Bald Eagle – iconic species that we all care about.”

The research team leader explained to All That’s Interesting the importance of conservation efforts on behalf of these animals and the dangers of encroaching on their habitat.

Laurance does not believe there are any Tapanuli orangutans in captivity, and there are fewer than 800 of these orangutans left in the wild today, in an area less than one-tenth the size of Sydney, Australia. That small area is now being threatened by the deforestation and road construction making its way through the Sumatran jungles.

“They disappear from areas with roads due to big increases in human pressures such as poaching, deforestation, illegal logging, and illegal mining,” Laurance said. “There are very few areas left in Sumatra, or Indonesia for that matter, that don’t have a lot of roads. Many roads are created illegally by loggers and miners.”

Laurance and his team also believe that China is responsible for the low numbers of this species.

“I hate to make generalizations, but the Chinese are currently the most predatory developers on the planet,” Laurance said. “I say that based on nearly 40 years of working in developing nations across the Asia-Pacific, Africa, and Latin America, where Chinese developers are extremely active now.”

The study – as well as a related article written by Laurance – points out the specific building plans that are putting the orangutans at risk, and attempts to impress upon the public the risks associated with them.

“In many ways, I think the Tapanuli Orangutan is a tragic icon of China’s alarmingly aggressive development schemes,” he said. “China’s “Belt and Road Initiative” will construct massive roads, railroads, dams, ports, and other infrastructure projects across large expanses of Asia, Africa, Europe and the Pacific region. We’ve been warning for the last several years about this program and its incredible risks and costs for the environment. It also has very large social and economic risks.”

So far, conservation efforts are few and far between. Laurance and his team hope that spreading the word about the Tapanuli orangutan can help give the cause a clearer image of what could happen if China’s roadway efforts continue.

“The Tapanuli Orangutan puts a ‘face’ on the environmental costs we’ve been talking about,” Laurance explained. “It’s easier to see just what China’s policies are going to mean, in real terms.”

Next, check out some more of the rarest animals on earth. Then, read about how giraffes could be being driven to extinction as well.