Over the course of 40 years, Sarah Winchester had the so-called Winchester Mansion built in San Jose to her bizarre specifications — in order to appease the ghosts she thought were haunting her.

There was no plan – no official blueprints were drawn up, no architectural vision was created, and yet a once-unfinished house took shape on a sprawling lot in the heart of San Jose, California. Inside, staircases ascended through several levels before ending abruptly, doorways opened to blank walls, and corners rounded to dead ends.

The house was the brainchild of Sarah Winchester, heir by marriage to the Winchester firearms fortune, and since the project began in 1884 rumors have swirled about the construction, the inhabitants, and the seemingly endless maze that sits at 525 South Winchester Boulevard in San Jose.

The Origins Of The Winchester Mystery House 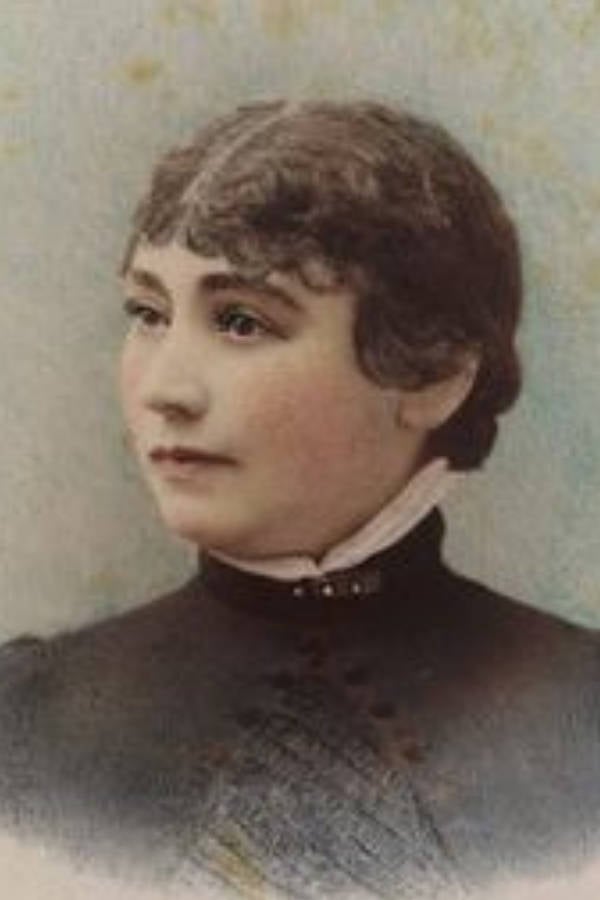 Today, the house is known as the Winchester Mystery House, but at the time of its construction, it was simply Sarah Winchester’s House.

Sarah Winchester was the widow of William Wirt Winchester, heir to the Winchester Repeating Arms Company.

Born around 1840, Sarah Winchester grew up in a world of privilege. She spoke four languages, attended the best schools around, married well, and eventually gave birth to a daughter, Annie. However, tragedy struck in her late twenties when Annie died, followed by the death of Sarah’s husband William more than a decade later.

Newly in possession of a massive fortune and struggling with the loss of her husband and daughter, she sought the advice of a medium. She hoped, perhaps, to get advice from the beyond as to how to spend her fortune or what to do with her life.

Though the exact specifics remain between Sarah Winchester and her medium, the story goes that the medium was able to channel dearly departed William, who advised Sarah to leave her home in New Haven, Connecticut, and head west to California. As far as what to do with her money, William answered that too; she was to use the fortune to build a home for the spirits of those who had fallen victim to Winchester rifles, lest she be haunted by them for the rest of her life. 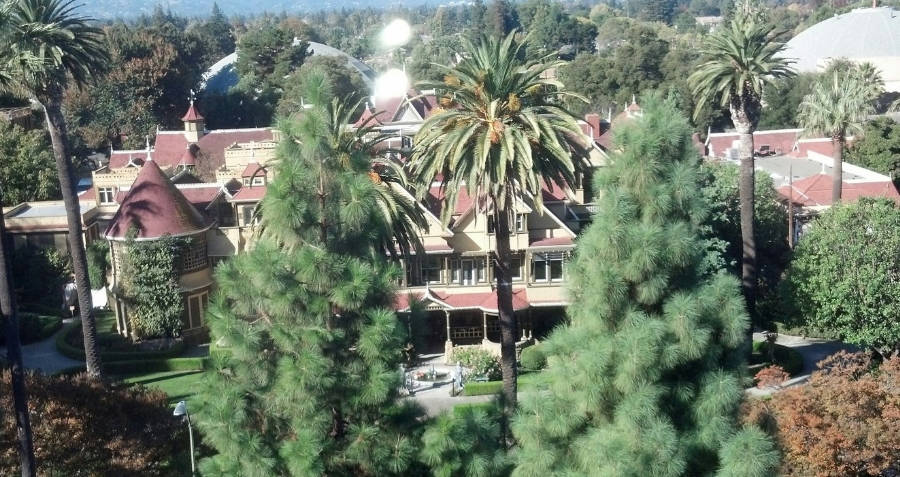 Wikimedia CommonsThe Winchester Mystery House as seen from a the southern side.

In 1884, Sarah Winchester purchased what would later become known as the Winchester Mystery House. At the time of the sale, the house was a small unfinished farmhouse, but that quickly changed.

Winchester hired carpenters to work around the clock, expanding the small house into a seven-story mansion. Due to the lack of a plan and the presence of an architect, the house was constructed haphazardly; rooms were added onto exterior walls resulting in windows overlooking other rooms. Multiple staircases would be added, all with different sized risers, giving each staircase a distorted look.

Stranger so was the fact that many of the alterations seemed pointless. Staircases would ascend several levels then end abruptly, doors would open to solid walls, and hallways would turn a corner and end in a dead-end.

Additionally, Winchester insisted that the home be built exclusively out of redwood – however, she didn’t like the look of the wood, so she insisted it be covered with a stain and a faux grain. By the time the house was completed, over 20,000 gallons of paint had been used to cover the wood.

By the turn of the century, Sarah Winchester had her ghost house: an oddly laid out mansion, with seven stories, 161 rooms, 47 fireplaces, 10,000 panes of glass, two basements, three elevators, and a mysterious fun-house-like interior. 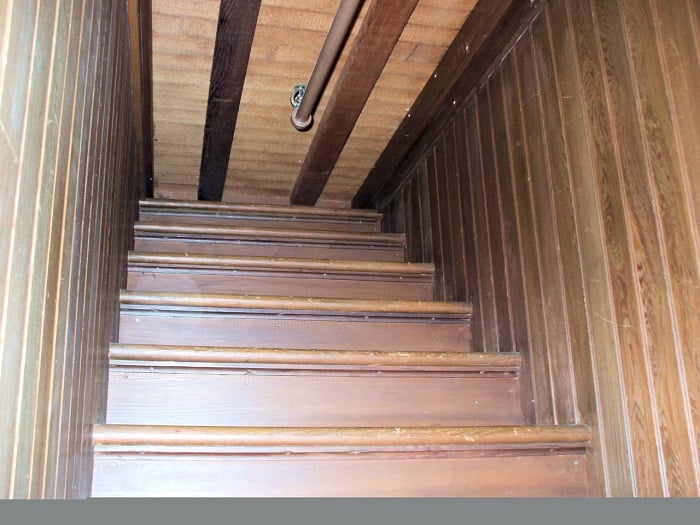 Public DomainOne of the staircases to nowhere in the Winchester mansion.

Anyone who set foot in the home could tell that no expense had been spared.

Gold and silver chandeliers hung from the ceilings above hand-inlaid parquet flooring. Dozens of artful stained-glass windows created by Tiffany & Co. dotted the walls, including some designed by Louis Comfort Tiffany himself. One window, in particular, was intended to create a prismatic rainbow effect on the floor when light flowed through it – of course, the window ended up on an interior wall, and thus the effect was never achieved.

Even more luxurious than the fixtures was the plumbing and electrical work. Rare for the time, the Winchester Mystery House boasted indoor plumbing, including coveted hot running water, and push-button gas lighting available throughout the home. Additionally, forced-air heating flowed throughout the house.

Unfortunately, in 1904, an earthquake struck San Jose, and the Winchester Mystery House sustained a hefty amount of damage. Thanks to the floating foundation (a foundation that equals the weight of the surrounding soil) the entire house was saved from collapse. The top three floors were ultimately removed, leaving the house with only four stories, as seen today.

A Haunted Legacy In The Famed San Jose Estate

Throughout the years-long construction of the Winchester Mystery House, Sarah Winchester would never confirm that she was building a haunted house. However, stories and rumors swirled throughout San Jose. 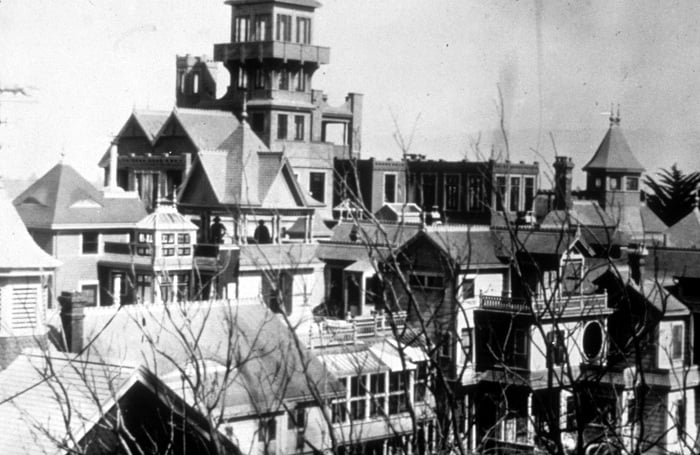 The Florida StandardThe Winchester Mystery House at the time Sarah Winchester resided there. Its seven stories are visible here.

Far after the construction was completed, Winchester continued to make efforts to appease the victims of the Winchester rifles.

Out of the 13 bathrooms in the home, only one was functional, in an effort to confuse any ghosts wishing to haunt a spigot. Furthermore, she would sleep in a different room every night in the Winchester house, and use secret passageways to get from room to room so that no spirits could follow her.

In the years Sarah Winchester lived in the house, the residents of San Jose whispered about its strange construction and even stranger inhabitant, but it was in the years after her death that the wild stories became even wilder.

After her death in September of 1922, Sarah Winchester left all of her belongings to her niece, Marion, who had served as her personal secretary later in life. However, the Winchester Mystery House was never mentioned in her will, adding to the mystery of the home.

After appraisers deemed the house worthless due to its strange design, damage from the earthquakes, and long-winded construction, Marion took everything in it and auctioned it off. The current owners of the house claim it took six weeks to empty the house of all furniture, though the report is uncorroborated.

After the house was emptied, a local investor purchased the home for a cool $135,000. Just five months after Sarah Winchester died, the Winchester Mystery House was opened to the public for tours. 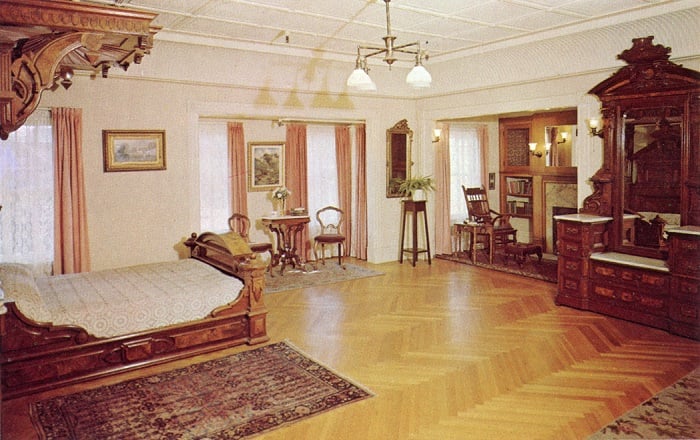 Wikimedia CommonsOne of the bedrooms Sarah Winchester slept in, decorated with period (but not original) furnishings.

Despite being fully emptied, re-furnished, and opened for business, the Winchester Mystery House continued to surprise.

While Sarah Winchester was alive, stories were told of a storage room in her home filled with over $25,000 (over $300,000 today) worth of undisplayed riches, including a Tiffany window designed by Winchester herself, featuring a spiderweb design.

In 2016, a secret attic was discovered, though there’s no proof it was the same secret storage room. Inside the attic were a pump organ, a Victorian-era couch, a dress form, a sewing machine, and various paintings.

A year later, rooms that were never opened to the public were put on display, including sections of the home that had remained unfinished at the time of her death. Even 95 years after her death, it seemed that Sarah Winchester’s house was still holding on to some secrets. 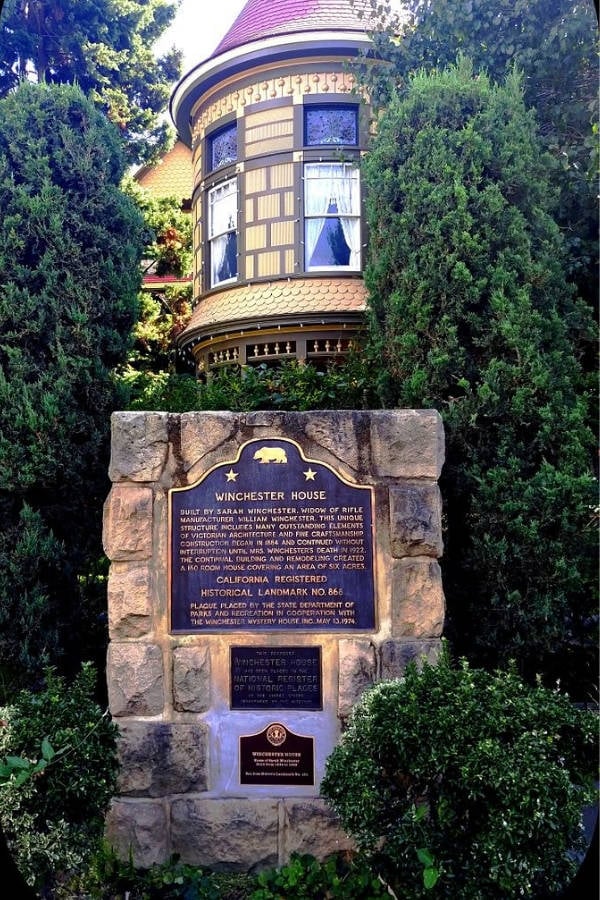 Wikimedia CommonsA plaque on the side of the Winchester Mystery House dedicating it as a historic landmark.

Secrets that fuel pop culture’s obsession with the house. In 2018, Helen Mirren starred in Winchester as Sarah Winchester herself. The story took the rumors about the hauntings in the house and ran with them, depicting a woman crazed by the ghosts of Winchester rifles. Filming for the movie took place at the actual Winchester Mystery House.

Additionally, the home has been the setting for numerous supernatural horror movies and novels, as its mere existence provides ample inspiration.

Since her death, little has been uncovered about Sarah Winchester and the reasoning behind her obsession with building the Winchester Mystery House. She gave no interviews, left behind no journals, and had no family willing to speak about her.

Occasionally, visitors to the Winchester mansion will report feeling the spirits that have long resided in the home, though, of course, paranormal investigations have turned up nothing. But, perhaps, there are still some spirits haunting the abode – maybe even Sarah Winchester herself. After all, she built the house for the restless dead, why not take advantage of it herself?

After learning about the Winchester house, check out another haunted California establishment, the Cecil Hotel. Then, read about the real Amityville Horror.