Though this fossil was found in Montana in 1988, no one realized its significance at the time, and it sat in a drawer at the Royal Ontario Museum in Canada for decades.

American Museum of Natural HistoryThe fossil is incredibly well-preserved, especially given that it’s made up of mostly soft tissue.

For decades, a tiny fossil sheathed in limestone sat forgotten in the Royal Ontario Museum in Canada. But paleontologists have just determined that it belongs to a 328-million-year-old ancestor of the octopus and vampire squid, a creature that floated through shallow bays long before dinosaurs roamed the earth.

In findings published in the journal Nature Communications, scientists described the creature as 4.7 inches long, with 10 limbs — instead of eight — and evidence of an ink sac. Classified as a vampyropod, this octopus ancestor is the oldest animal of its kind that’s ever been discovered.

“It’s very rare to see that kind of detail in a fossil because, of course, this is entirely soft tissue structures,” said Christopher Whalen, the lead author of the paper and a postdoctoral researcher with Yale University and the American Museum of Natural History.

The fossil was first found in Montana’s Bear Gulch limestone formation in 1988. The limestone sample containing the octopus sat unnoticed for decades, until Whalen spotted the arms while perusing the collection one day and decided to take a closer look.

“This is one of the reasons museum collections are important… when a new species, whether it’s living or extinct, is first discovered and collected, people don’t always recognize that it is a new species,” Whalen noted. 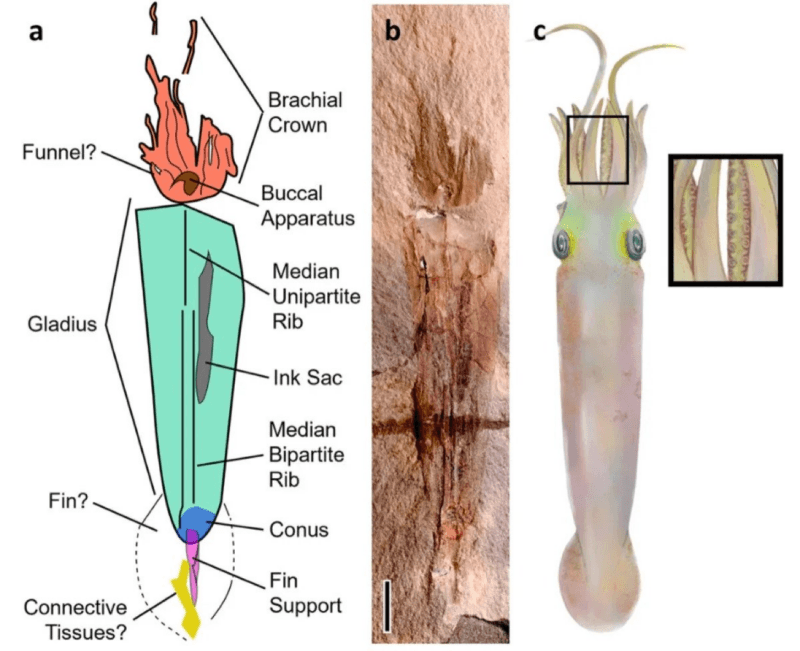 K. WhalenA diagram of the octopus fossil found in Montana.

Over 300 million years ago, the octopus ancestor — dubbed Syllipsimopodi bideni in a nod to President Joe Biden — likely lived in shallow, tropical ocean bays in Montana. Then, Montana was closer to the equator, with an environment similar to India’s Bay of Bengal today.

Interestingly, it had 10 legs and not eight like modern-day octopuses — though Syllipsimopodi bideni does appear to have had suckers on its appendages. Two of its arms may have been longer than the other eight.

“This is the first and only known vampyropod to possess 10 functional appendages,” Whalen said.

“All previously reported fossil vampyropods preserving the appendages only have eight arms, so this fossil is arguably the first confirmation of the idea that all cephalopods ancestrally possessed 10 arms.”

That means, he explained, that Syllipsimopodi bideni represents a previously unknown moment in vampyropod evolutionary history. The Montana sample predates the oldest known vampyropod fossil, which dates back some 240 million years, by 82 million years.

“The age makes the fossil very significant — it indicates that vampyropods are much older than was previously thought (at least 82 million years older),” Whalen explained. “It indicates that there is a long interval of time during which fossil vampyropods must have existed but have not yet been found.” 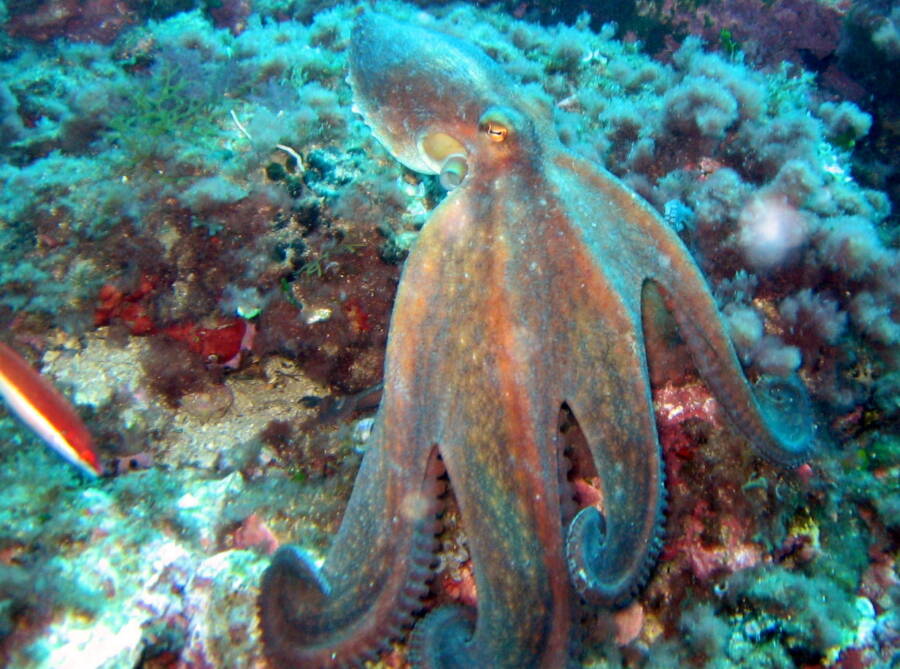 However, not everyone is convinced that this discovery is as important as it appears to be. Christian Klug, a paleontologist at the University of Zurich who was not involved in the study, suspects that the fossil is actually a known species of ancient cephalopods called Gordoniconus beargulchensis.

Whalen disagrees, however. He insists that the fossil’s measurements are enough to differentiate it as a new species.

But assuming that the fossil is the oldest octopus ancestor ever discovered, should President Joe Biden take offense at having his name used? Whalen says no.

The scientific name comes from the Greek words “syllípsimos,” an appendage capable of grasping or holding, and “pôdi,” or foot. Whalen and his team made the discovery around the time of Biden’s election, so they decided to name the new fossil after him in admiration of his scientific priorities.

“I was encouraged by the plans President Biden put forward to counter anthropogenic climate change, and his general sentiment that politicians should listen to scientists,” Whalen explained.

Biden is far from the only president to lend his name to a new discovery in recent years. Scientists named a moth and an amphibian after President Donald Trump, and have named spiders, fish, and parasites after President Barack Obama.

After reading about the ancient octopus ancestor discovered in Montana, learn about the blue-ringed octopus, one of the world’s deadliest creatures. Or, discover the story of the dumbo octopus, the adorable but hardy octopus that lives deep in the sea.