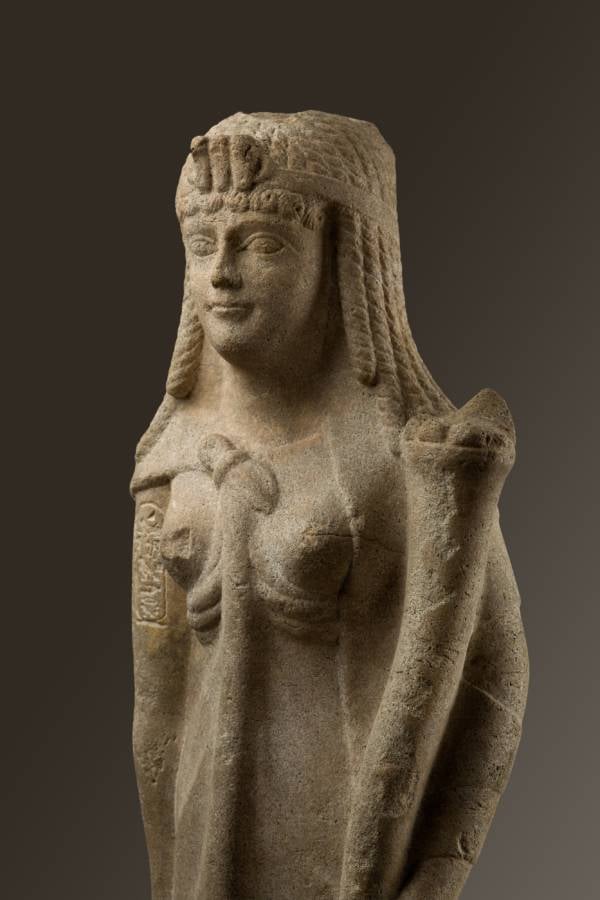 Cleopatra is among the most popular ancient Egyptian figures of all time. She is thus one of history’s most famous women warriors. She ruled Egypt as co-regent for nearly three decades, using her beauty and the power of seduction in her favor as she gained power during the first century B.C.

As one of the most famous female rulers in history, Cleopatra VII ruled over Egypt as the last part of a dynasty of Macedonian rulers. She first ascended to the throne with her younger brother Ptolemy XIII.

Her brother’s advisers eventually went against her and forced her to turn to the Roman military leader, Julius Caesar for help. He helped defeated Ptolemy XIII and gave the throne back to Cleopatra and her other younger brother Ptolemy XIV. 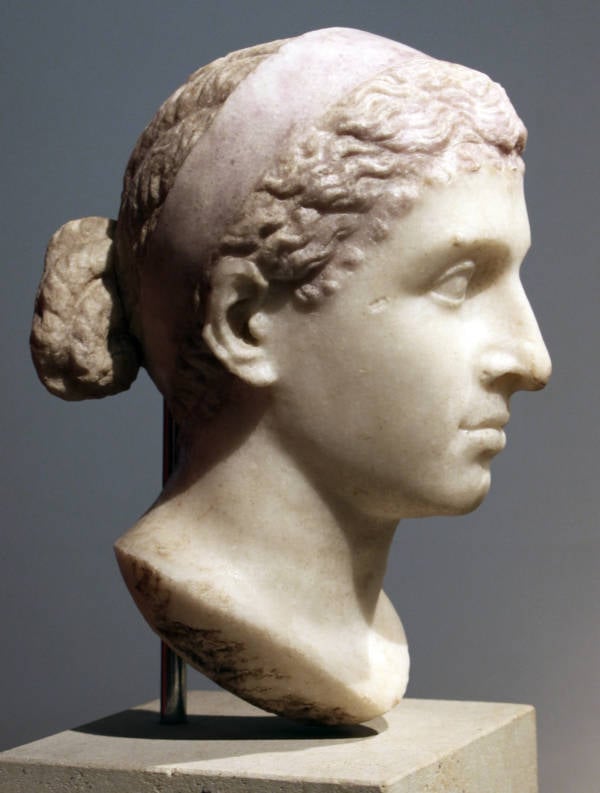 Cleopatra struck up a romance with Caesar and reportedly gave birth to his son, but Caesar never recognized the child. Her infant son, Caesarion was eventually named co-regent along with Cleopatra, further enabling her to hold onto power.

After Julius Caesar’s assassination, his ally Mark Antony summoned Cleopatra to the Sicilian city of Tarsus to explain her role in the crime. When she arrived in the city, she seduced Antony who then agreed to protect Egypt and support Cleopatra.

Antony left his family behind and followed Cleopatra to Egypt for a period of time and they eventually had three children together. In the meantime, Egypt continued to thrive and grow under Cleopatra’s rule. 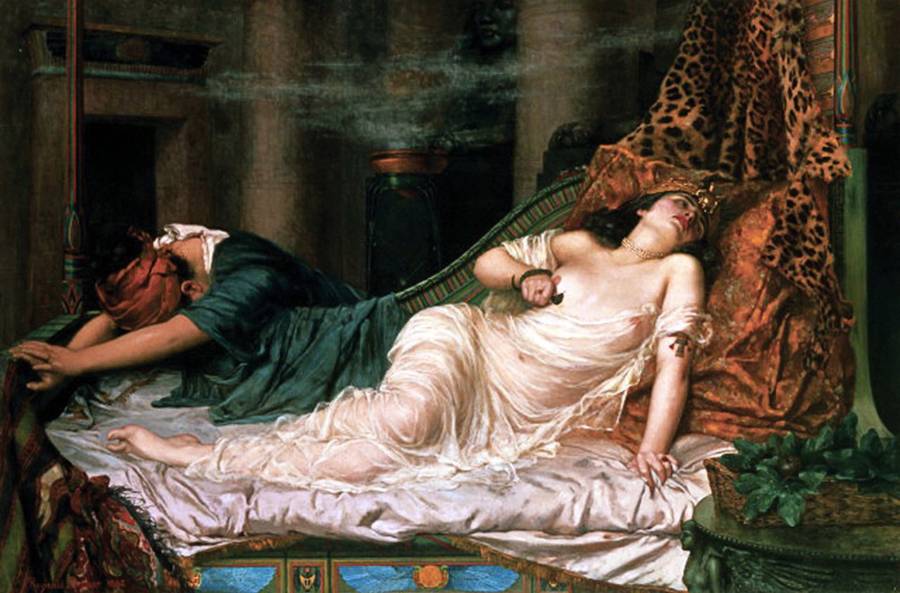 Wikimedia CommonsA piece of art depicting the death of Cleopatra.

After a period of unrest and political upheaval, Roman forces took down the forces of Cleopatra and Antony. Cleopatra escaped and Antony followed behind her, but word reached him that she had committed suicide so he did the same. Unfortunately right after he fell on his own sword, news arrived that the information had been false.

Eventually, Cleopatra did take her own life and at her request, was buried alongside Antony.