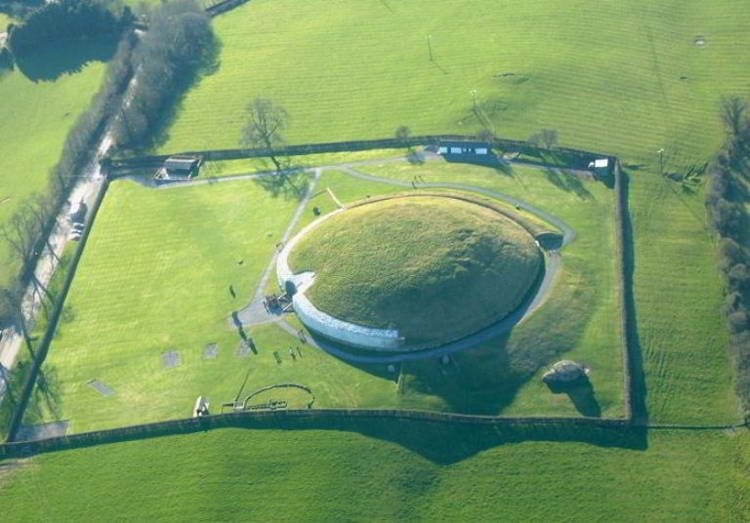 Newgrange is nestled in eastern Ireland, and many believe the structure to be a religious site with 5,000-year-old roots. While the edifice’s purpose is shrouded in mystery, many speculate that its functions were largely religious given the way the rising sun floods the interiors during the winter solstice. 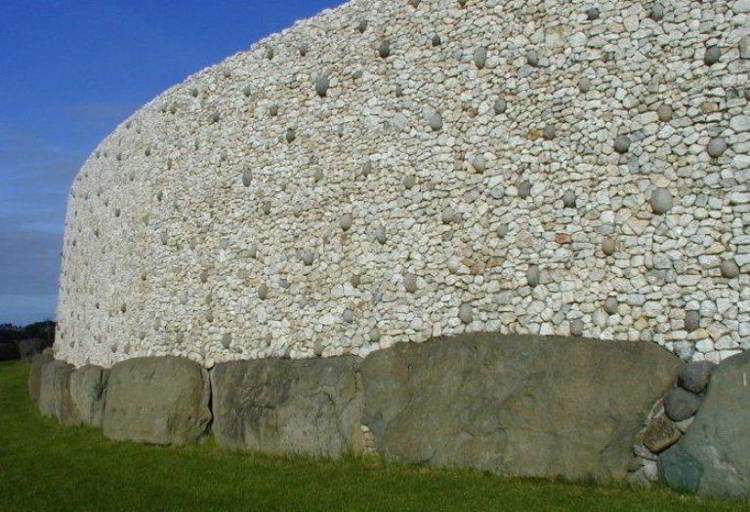 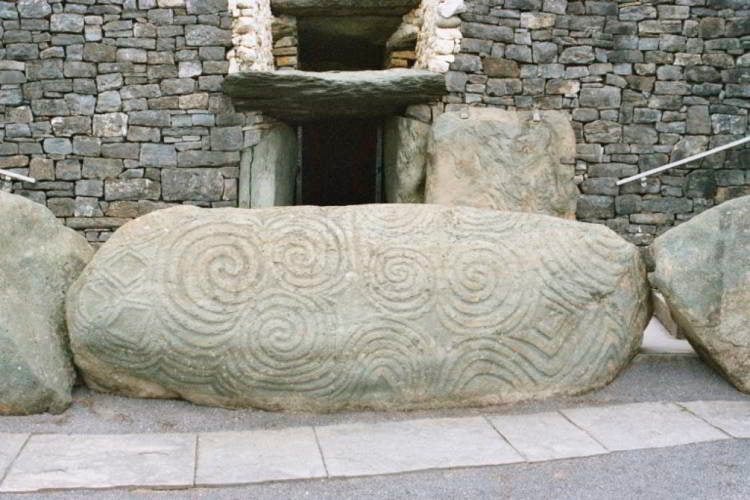 According to World Heritage Ireland, the historic mound’s diameter measures around 262 feet, and is surrounded by 97 stones. The most notable rock is the Entrance Stone, whose decorative elements immediately catch the eye.

The cairn’s flat top is estimated to weigh around 200,000 tons. Comprised of water-rolled stones from the River Boyne, and measuring nearly half a hectare of area, it’s quite an architectural feat for its time. Excavations showed that both white quartz and round granite boulders were used for the revetment wall on the cairn’s front side.

The cairn essentially covers one single tomb, which is comprised of a long, narrow passage and one cross-shaped chamber. This chamber is covered by a corbelled roof with overlapping layers of large rocks and a capstone 19 feet above the floor. After five millenniums, the roof is still waterproof.

Here, too, direct evidence of artistic prowess and ability has been found. The 52th stone surrounding the mound, as well as the Entrance Stone, are some of the finest sculpting found in European Neolithic art. The tri-spiral design within the chamber, itself, is world-renowned. 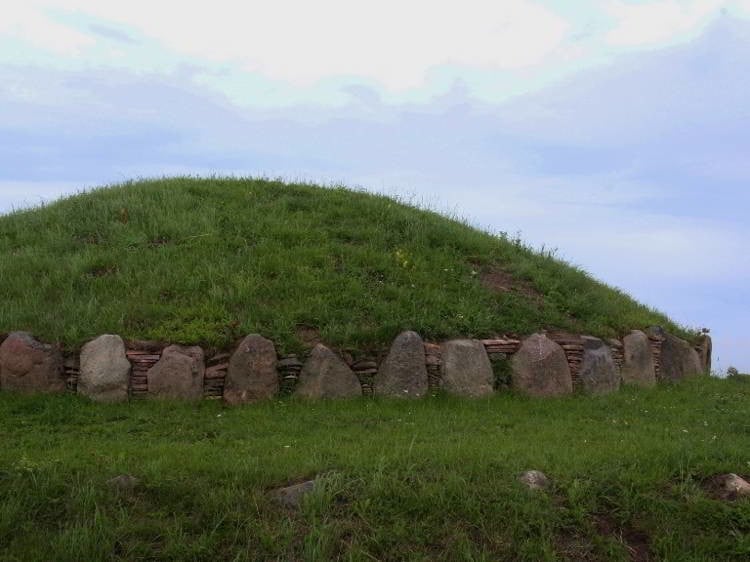 Dating back to 3,000 BCE, the difficult-to-pronounce Hulbjerg Jættestue is a burial spot in Denmark. Upon its discovery, 40 corpses were found inside, one of which showed early examples of dentistry. 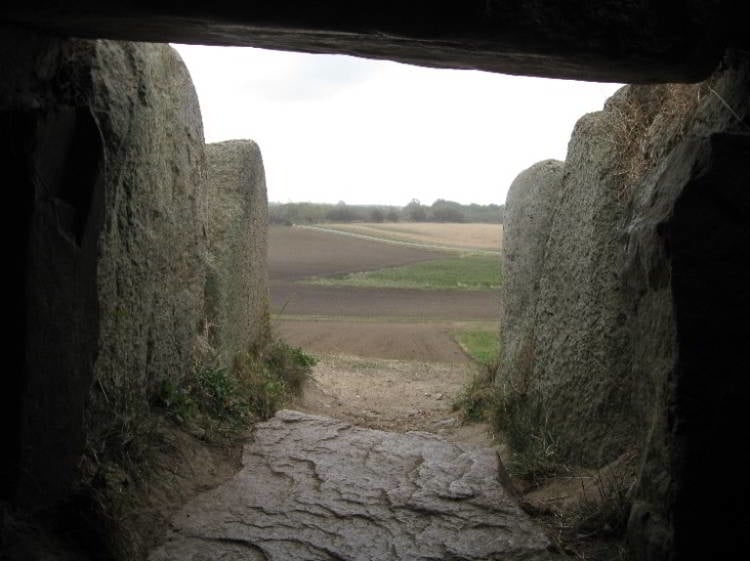 According to The Heritage Agency of Denmark, the Hulberjg passage grave’s dead were found to have been buried at different periods across the Neolithic Age. Most of them were children and adults from the early days of the Funnelbeaker Culture — which was at its height between 4,800 and 6,000 years ago.

Different piles were established for bones and skulls, with the latter showing clear signs of purposeful dentistry. Researchers believe this to be some of the world’s earliest evidence of the practice, with an uncovered flint drill likely used to reach and puncture abscesses during root canal operations.

One of the discovered skulls is permanently on display in Denmark’s Langeland Museum.

In addition to the skull and bones found within the burial chamber, researchers came upon numerous sharpened axes and chisels made of flint, as well as daggers and arrowheads, and decorated amber beads and ceramics. 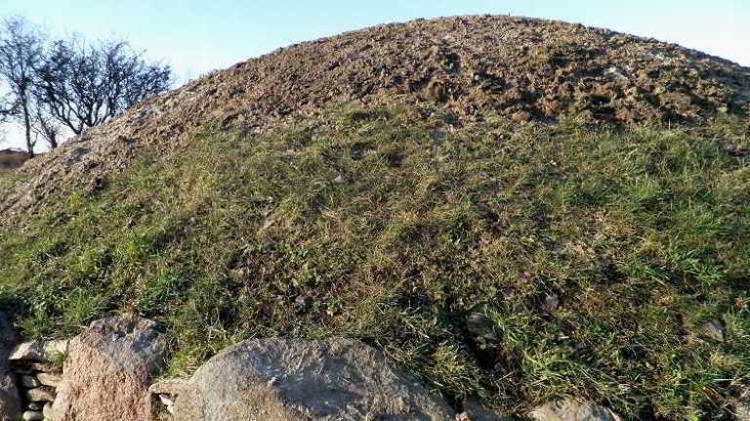 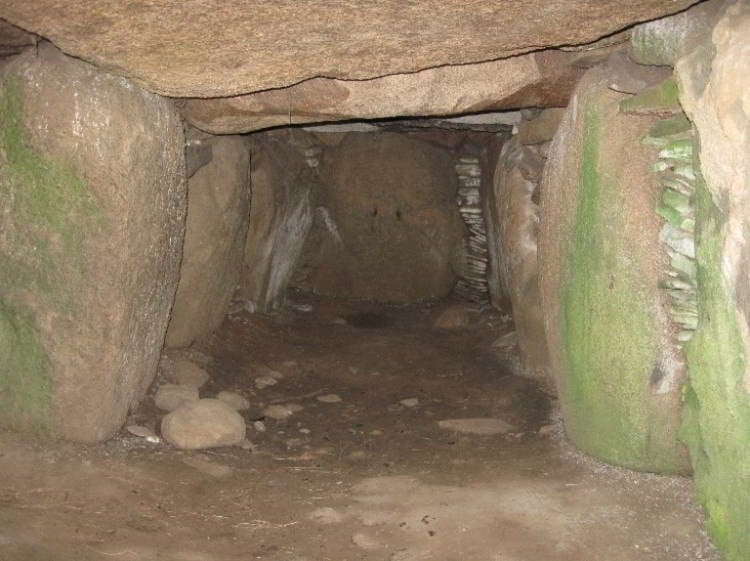