It Turns Out That The World’s Oldest Tortoise Is Gay, Sort Of

Jonathan is a male Seychelles giant tortoise that, at 186-years-old, is the oldest known tortoise alive today. 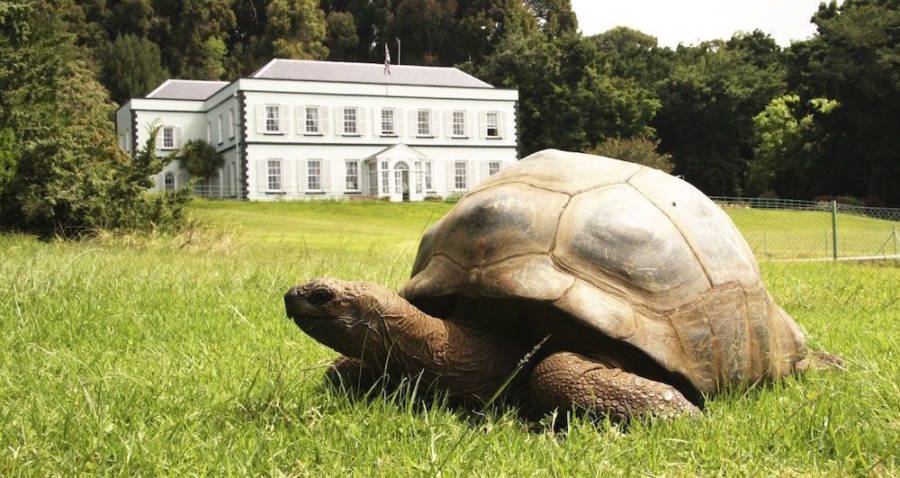 Meet Jonathan — a male Seychelles giant tortoise that, at 185-years-old, is the oldest known tortoise alive today. He hatched on an island in the Seychelles around 1832 and moved St. Helena in 1882, some 1,200 miles of the Southwest African coast.

About 26 years ago researchers decided to introduce Jonathan to a partner he could reproduce with they named Frederika.

Jonathan’s keepers had wondered for years why the pair, despite attempting to mate regularly, never produced any offspring.

Now they have their answer.

Experts have just discovered that Frederika, Jonathan’s mate for the last 26 years, is actually a male (a Frederick, if you will).

Screwing up the sex of a tortoise is actually quite easy to do, especially when it comes to the Seychelles giant tortoise, which is what Jonathan is. To determine sex, scientists must rely on extremely small differences in shell shape and size, short of a full-blown DNA test. 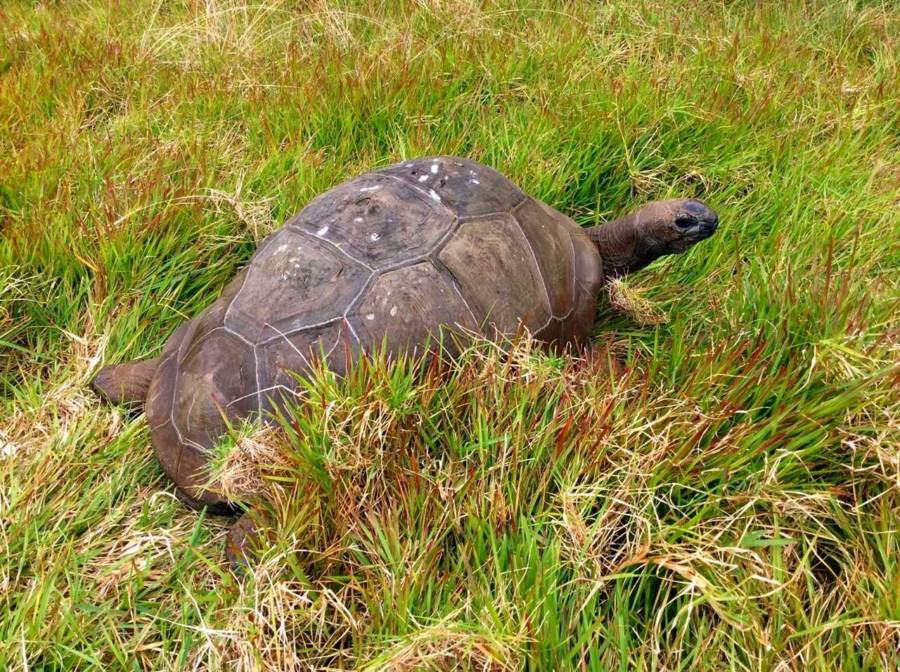 The mistake was discovered when experts examined a lesion on Frederika’s shell, only to look more closely to find that the she is actually a he. 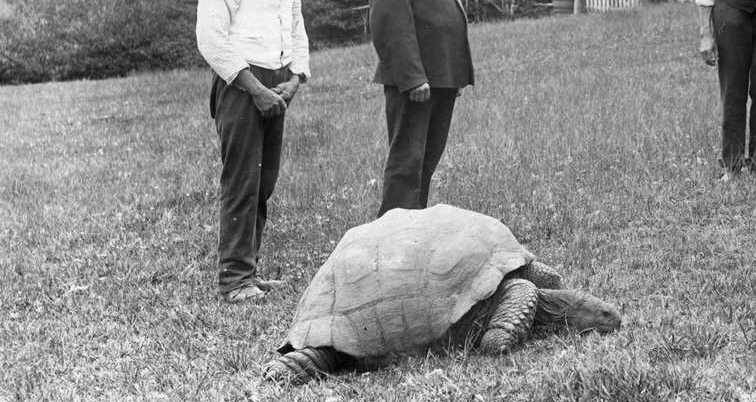 Jonathan was presented as a gift to the island of St. Helena, and has been kept on the grounds of the governor’s mansion to this day. It wasn’t until the 1930s that he even received his name.

Nevertheless, he quickly became an icon of the small island, posing with visiting heads of state, and even once with prisoners captured and sent to the island during the Boer War.

Jonathan even appears on the back of the five-pence coin in St. Helena. 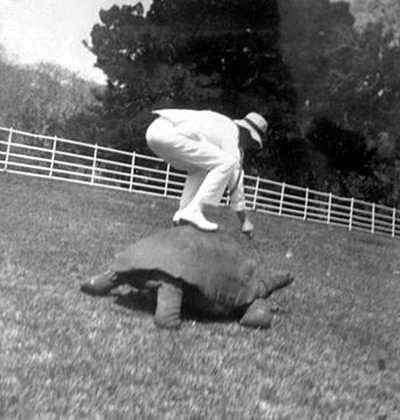 However, by 1990 Jonathan began getting irritable, knocking over benches and disrupting games taking place on the governor’s lawn. So in 1991, veterinarians decided that he needed a mate, Frederika.

For the next 26 years, Jonathan and Frederika ate and slept together, and regularly copulated on the governor’s lawn.

Now at 185 years old, Jonathan has cataracts on his eyes and has lost his sense of smell, but his hearing remains excellent and still enjoys his time with Frederick, and likely will until the end of his incredibly long life.

Next, read how the oldest wild bird in the world had a baby at age 66. Then, learn how this massive 400-year-old shark is the oldest-living vertebrate in the world.