Scientists Have Discovered The Truth About The Legendary Yeti

“It demonstrates that modern science can really try and tackle some of these mysteries and unsolved questions that we have.” 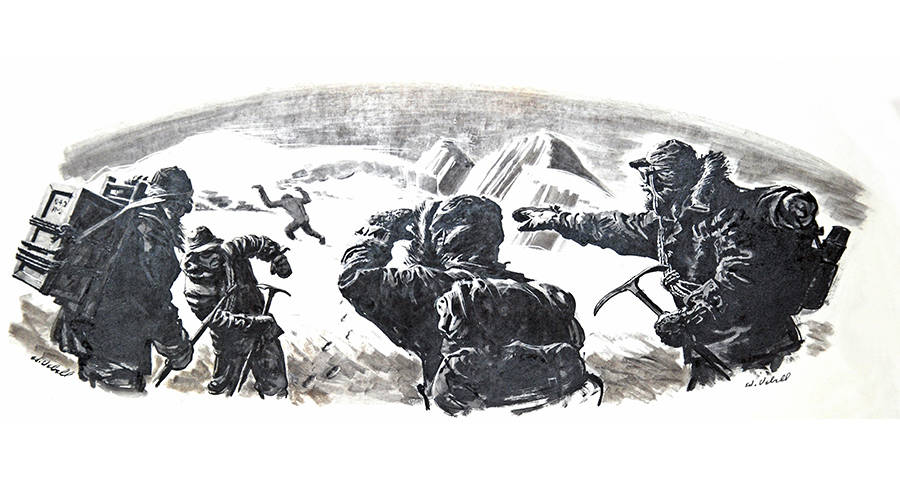 Ed Vebell/Getty ImagesA drawing of mountain climbers in the Himalayas spotting an Abominable Snowman or Yeti in the distance circa 1950 in Nepal.

Since the 1930s, when brave mountain climbers returned from their journeys to the Himalayas with stories of the “Abominable Snowman,” the Western world has been obsessed with the legend of the Yeti.

However recently, an international team of scientists have conducted DNA analysis of many artifacts purported to be body parts of the Yeti, and have determined that all of them actually belong to several species of bear native to the region, according to their paper published in the Proceedings of the Royal Society B scientific journal.

This team tested nine samples of teeth, bone, hair, and mummified skin attributed to the Yeti they collected from spiritual healers and monasteries deep in the Himalaya Mountains and the Tibetan Plateau.

From DNA analysis, they learned that all of these artifacts attributed to the Yeti were in fact body parts belonging to three species of bear native to the region: the Asian black bear, the Tibetan brown bear, and Himalayan brown bear.

“Of those nine samples, eight of them matched local bears that are found in the region today,” said Dr. Charlotte Lindqvist, who studies bear evolution at the University at Buffalo in New York and co-authored the study.

There was one exception – a stuffed “Yeti” at the Messner Mountain Museum in Italy that was created using the hair of a bear, and the teeth of a dog.

All the rest of the samples matched bears native to the region where they were found. 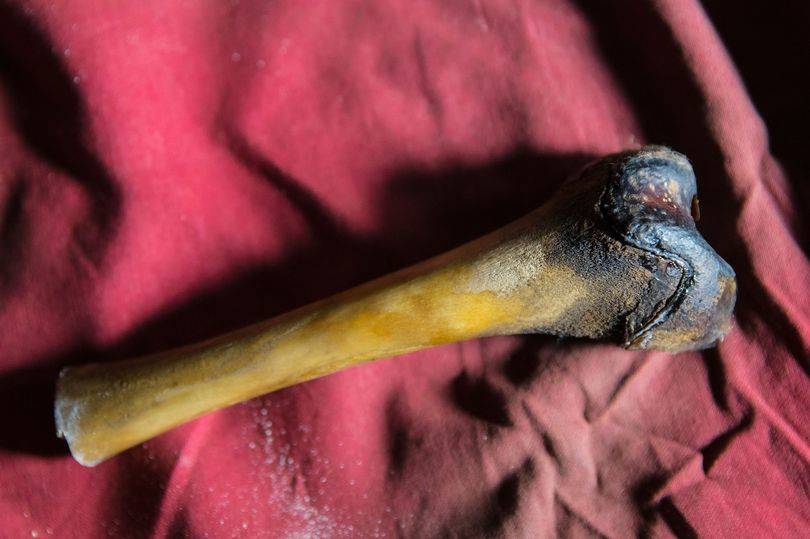 Icon Films Ltd.
A femur bone from the body of a purported Yeti found in a Tibetan cave. DNA revealed it is a brown bear bone.

“It demonstrates that modern science can really try and tackle some of these mysteries and unsolved questions that we have,” said Lindqvist.

The study also helped scientists better understand the lineage of the brown bear, as they collected numerous samples of Asian brown bears to compare to the samples.

The legend of the Yeti dates back thousands of years in the areas surrounding the Himalayan mountain range, with the Western name for the beast being derived from the Nepali words “ya,” meaning “rocky place,” and “te,” meaning “bear.”

The Yeti was a figure in the pre-Buddhist beliefs of many of the people who lived in these mountains, even being worshipped as a god of the hunt by some cultures in the region.

Tales of the Yeti first spread to the Western world during the early 20th century when European explorers in the Himalayas returned with stories of the mysterious beast. They also brought with them pictures of footprints attributed to the Yeti by local people.

These stories sparked great interest in the Western world, where the Yeti became a popular figure of urban legend and myth. It also become a major figure for cryptozoologists, people who aim to prove the existence of entities from the folklore record, known as “cryptids.” 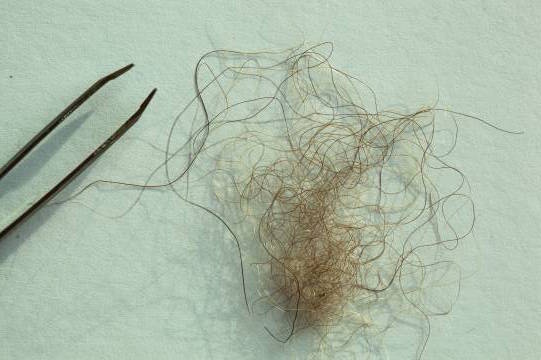 Icon Films Ltd.
Hair said to have come from a Yeti that a Jesuit priest spotted in the mountains in the 1950s. It was actually from a bear.

Lindqvist realizes that with this long lineage, it is unlikely that the evidence put forward by her team will debunk the existence of the Yeti in everyone’s eyes.

“Even if there is no proof for the existence of cryptids it is impossible to completely rule out that they live,” she said.

Furthermore, she acknowledged that “the Yeti is very important to the local culture and folklore” of the Himalayas.

“Perhaps the Western hype about the Yeti, we can put that to rest,” Lindqvist hopes.

However, she recognizes the unlikelihood of that occurrence.

“People love a mystery,” she said.

Next, read how archaeologists just discovered where Julius Caesar invaded Britain. Then, learn how evidence of the fabled “King Polar Bear” may have just been discovered in Alaska.