The Zibello transported wood during the war and sank in 1943. 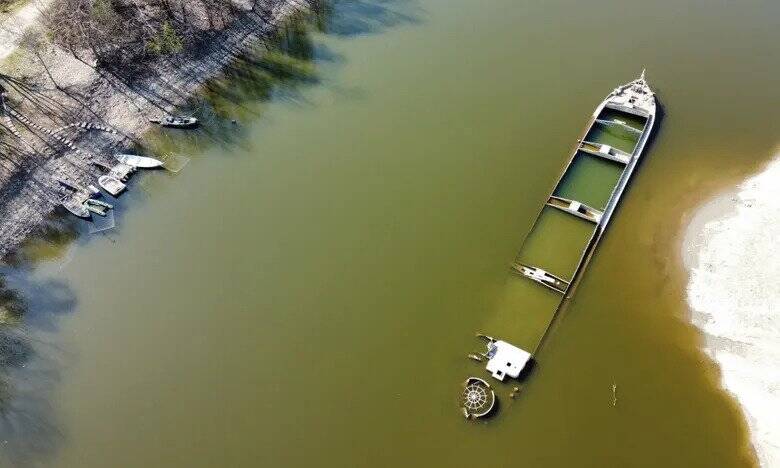 Alessio BoninThe drought exposed a barge that sank in 1943.

A terrible drought in Italy has revealed a relic lost by history — a barge that sank in Italy’s Po River during World War II.

“In recent years you could see the bow of the boat, so we knew it was there, but to see the vessel so exposed in March, when it was essentially still winter, was very dramatic,” Alessio Bonin, an amateur photographer who took pictures of the barge, told The Guardian.

Another passerby agreed. Raffaele Vezzali, a cyclist, stopped his bike ride along the river to peer at the ship. He told the Associated Press: “It’s the first time that we can see this barge.”

According to The Guardian, the barge, a WWII cargo ship called the Zibello, once traversed the Po River to transport wood between the Atlantic Ocean and Cremona in Lombardy. It sank in 1943 following a bombardment by American forces, where it’s been submerged ever since.

But a historic drought in Italy has dried up the river, revealing the barge — as well as a German tank and an ancient hamlet. The drought, the worst in 70 years, has also started ringing alarm bells for Italian officials, who warn that water levels have reached dangerously low levels. 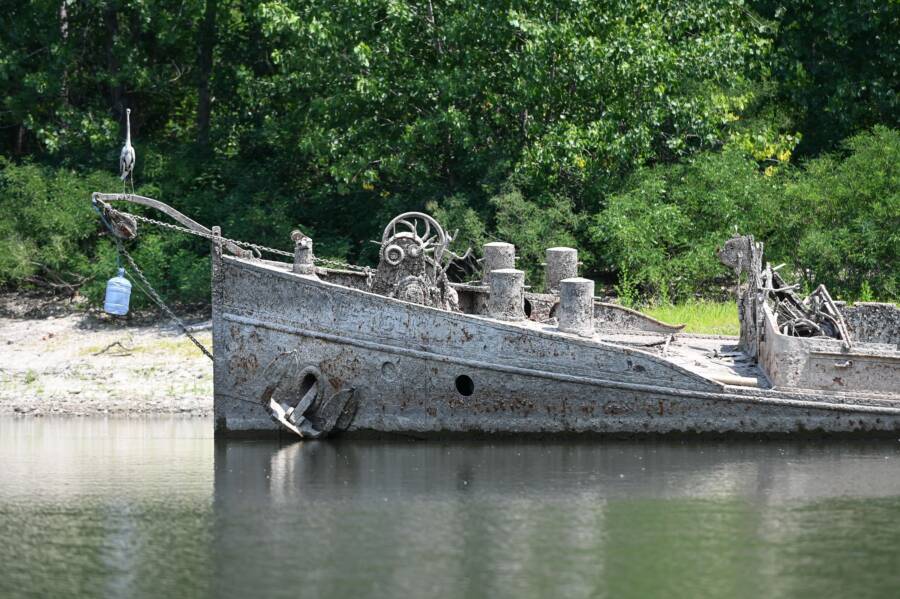 PIERO CRUCIATTI/AFP via Getty ImagesA heron stands on the bow of the barge, which sank during an American bombardment in 1943.

According to The Guardian, the river’s depth has sunk to almost nine feet beneath the “zero gauge,” which is far below normal levels. And it’s flowing into the sea at just a fifth of the average rate.

“This drought is unique in history due to the combination of two anomalies – the lack of rain, on top of the elevated temperature, which is directly linked to climate change,” Luca Mercalli, the president of the Italian Meteorological Society, told The Guardian.

She added: “The situation is only going to get worse as the next few months are forecast to be hot and dry.”

According to the Associated Press, it hasn’t rained in northern Italy for more than 100 days and the year’s snowfall is down 70 percent. Italian officials worry about what the lack of water could mean for residents’ drinking supply, farmers’ irrigation needs, and even hydroelectric power plants.

“With such high temperatures … with no rain, and it seems that there won’t be rain in the coming days, the situation is catastrophic,” Martina Codeluppi, a farmer who grows pumpkins, watermelons, wheat, and grapes, told the Associated Press.

She said she expected a “disastrous year” — which could also spell disaster for Italians across the country. The Associated Press reports that Po Valley farmers produce 40 percent of Italy’s food, including Parmesan cheese, wheat, tomatoes, rice, and grapes. 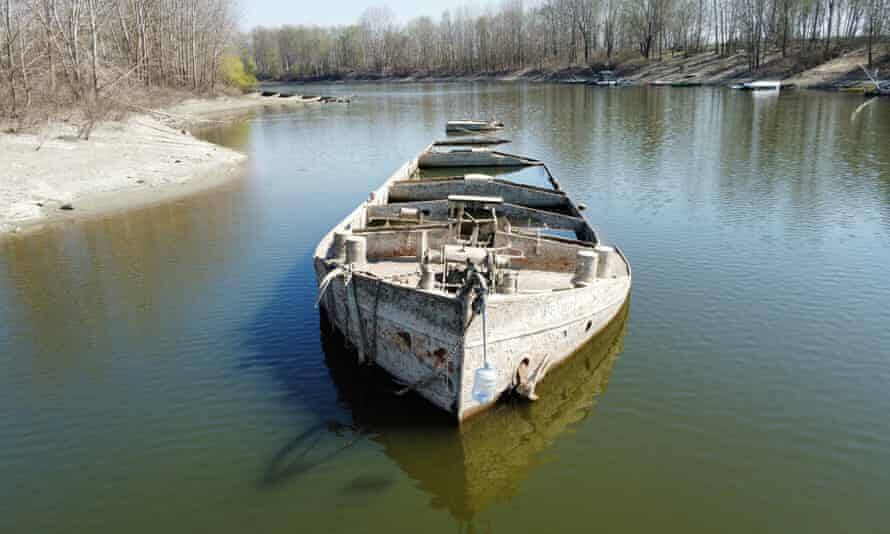 Alessio BoninThe bow of the barge, which an unprecedented drought has revealed.

Renzo Bergamini, the mayor of Gualtieri, similarly told The Guardian that the situation was becoming dire.

“Today we’re worrying about the lack of water, which doesn’t only serve farmers for irrigation but energy production and human nutrition,” he said, adding, “in this area we extract drinking water from aquifers in the Alps but in some areas it is also extracted from the Po and purified.”

As such, the sunken WWII barge in the Po River is more than a historical curiosity. It’s an alarm bell in Italy, warning that an unprecedented lack of rain in the region could herald an ecological disaster.

“I’ve never seen such a drought at this time of year,” Bonin, who photographed the barge, told The Guardian. “Our main worry used to be our river flooding, now we worry about it disappearing.”

After reading about the WWII barge revealed by drought in Italy, see how droughts across the world have uncovered other things, like the ancient Kemune Palace in Iraq and the ghost town of Rockport in Utah.