As the 1960s came to a close, many minority groups had begun to organize for political and cultural change, the LGBT community among them. Spurred by New York’s 1969 Stonewall riots, activists increasingly entered into peaceful protests — one of which was the 1971 march on Albany, New York, the first statewide march in America for gay rights.

Thankfully, photojournalist Diana Davies documented this otherwise little-publicized march (the entirety of which can be found in the New York Public Library’s Digital Collection, recently opened for public use). 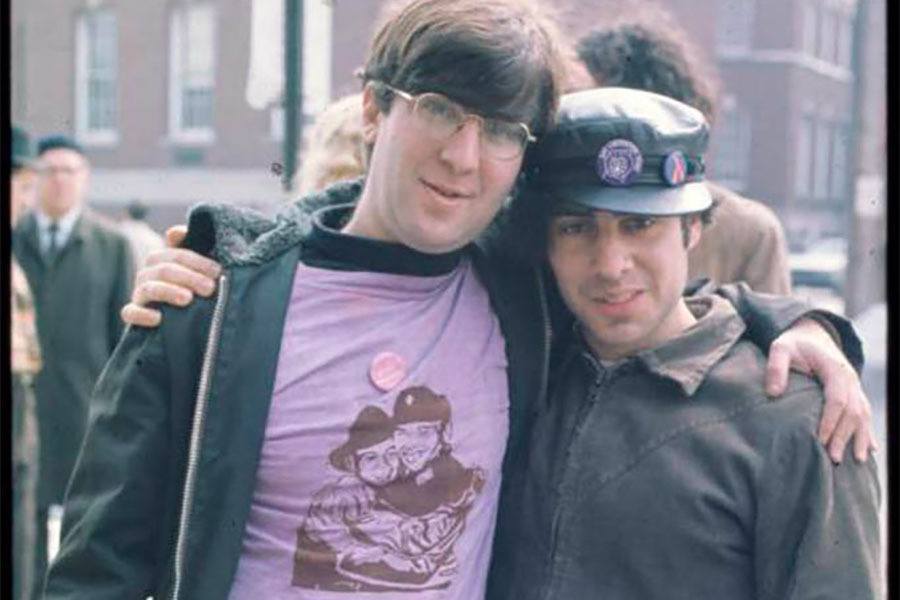 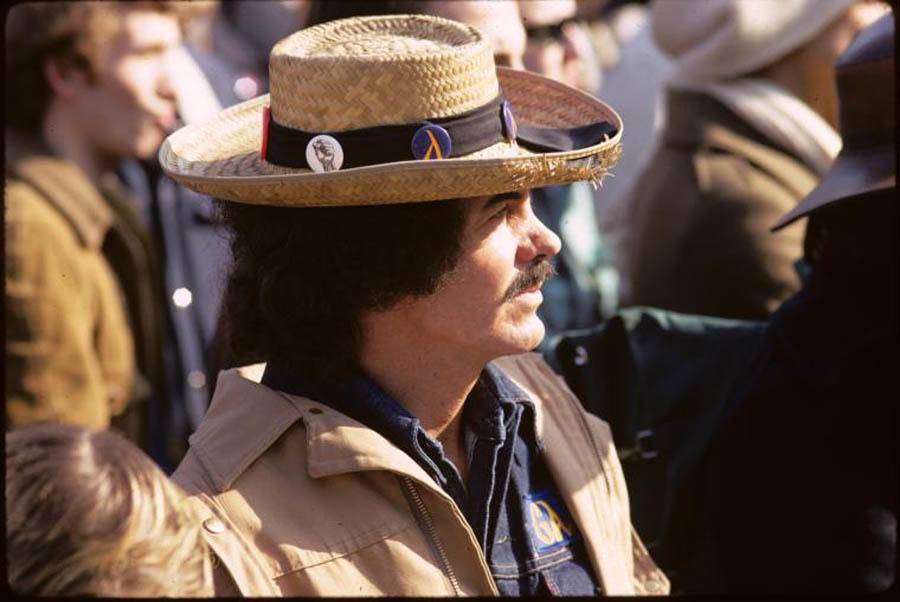 People traveled from all over New York to be a part of the historic march. 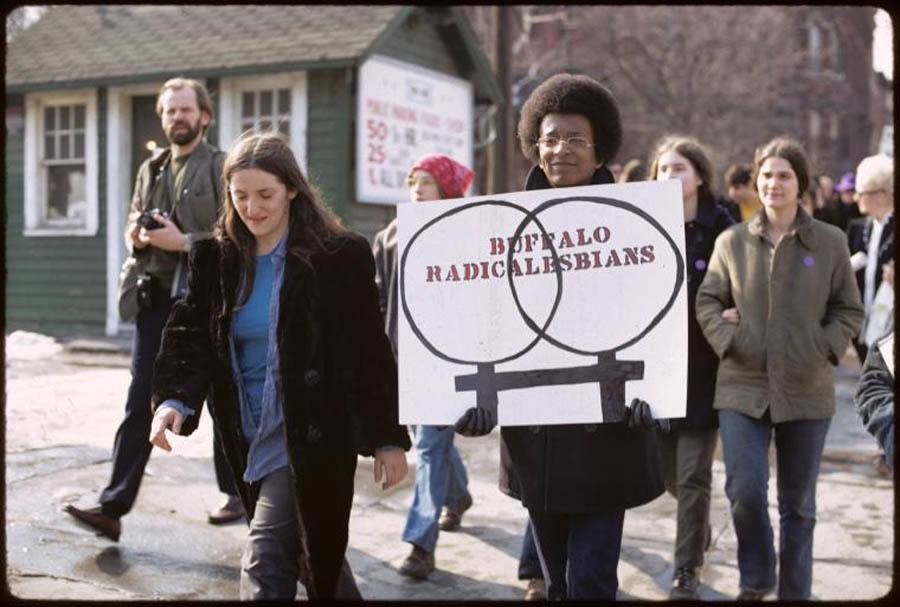 A lesbian group from Buffalo, New York attends the march. 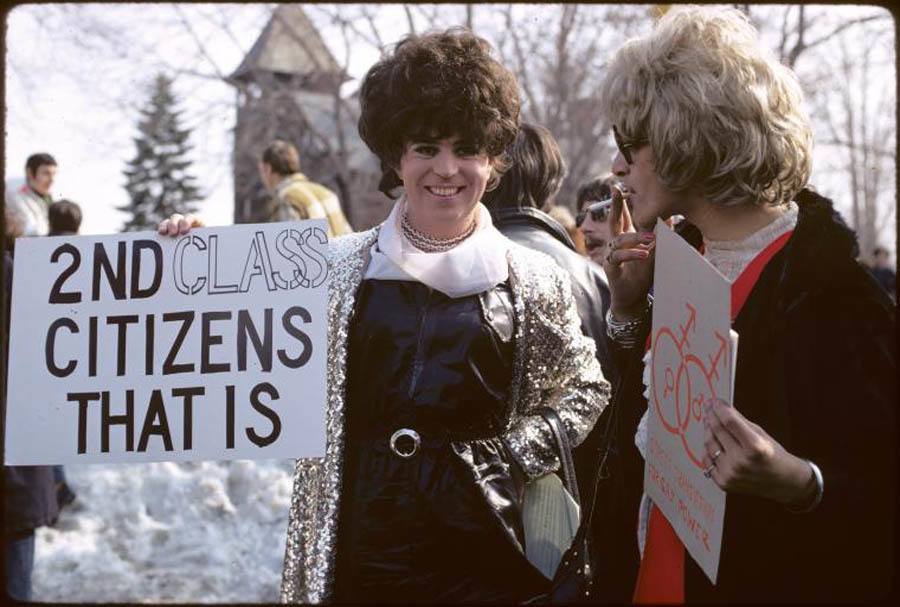 Other groups in attendance included the Gay Liberation Front, the Daughters of Bilitis, Gay People at Columbia, and STAR (Street Transvestites Action Revolutionaries). 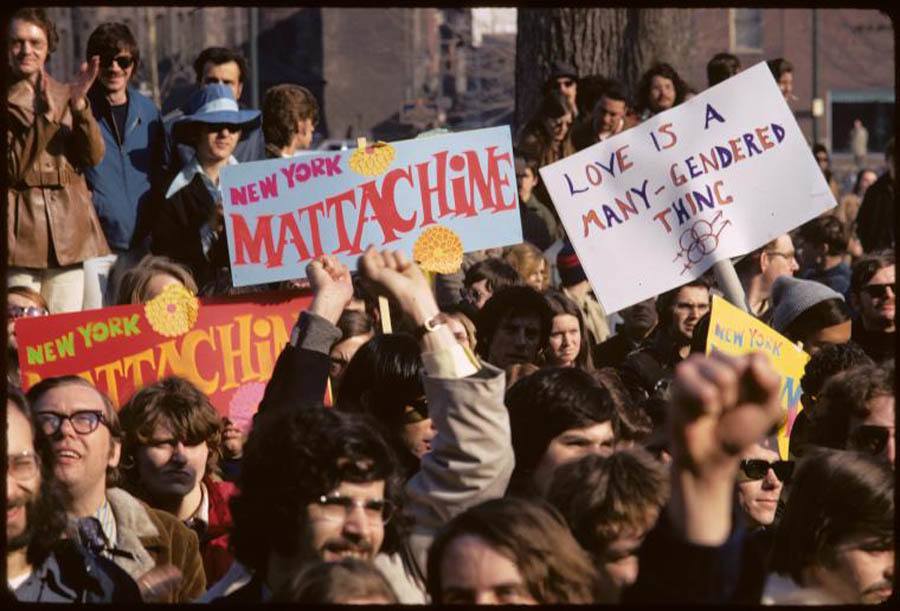 A demonstrator holds a sign which includes the word "Mattachine." The Mattachine Society was one of the earliest gay rights groups, formed in Los Angeles in 1950. 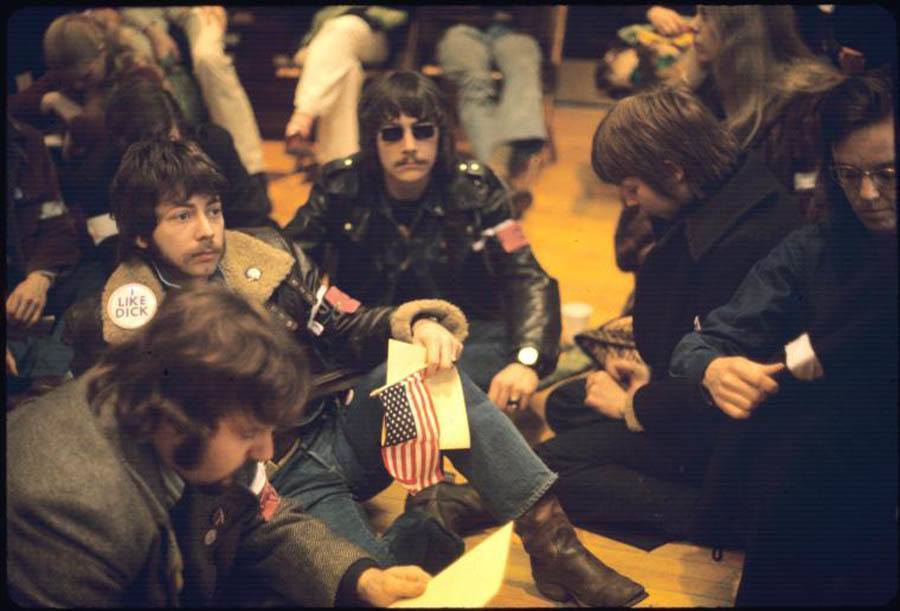 When not marching, demonstrators would congregate on the floor for a "sit-in." 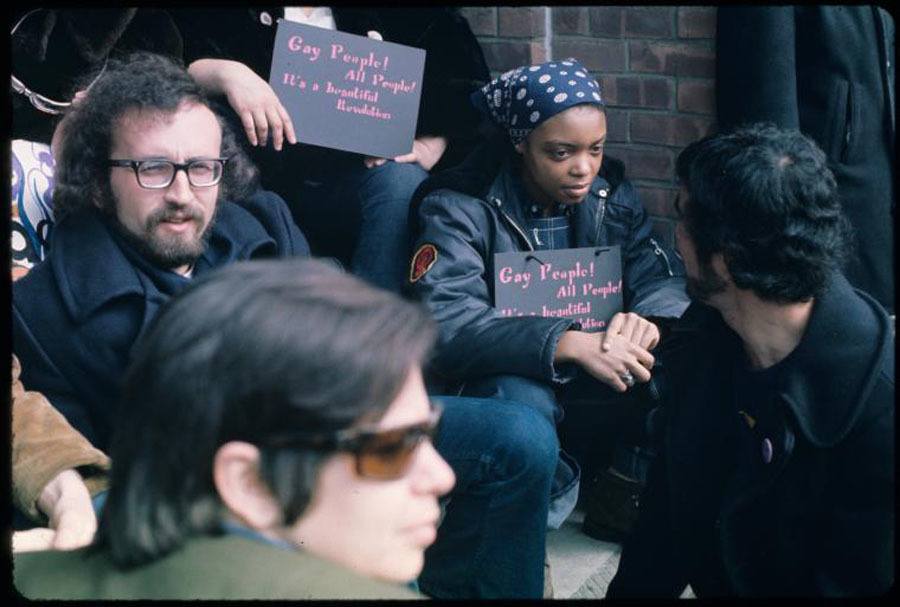 A Unitarian Church nearby hosted an open house prior to the event to bring people together, and even held a dance. 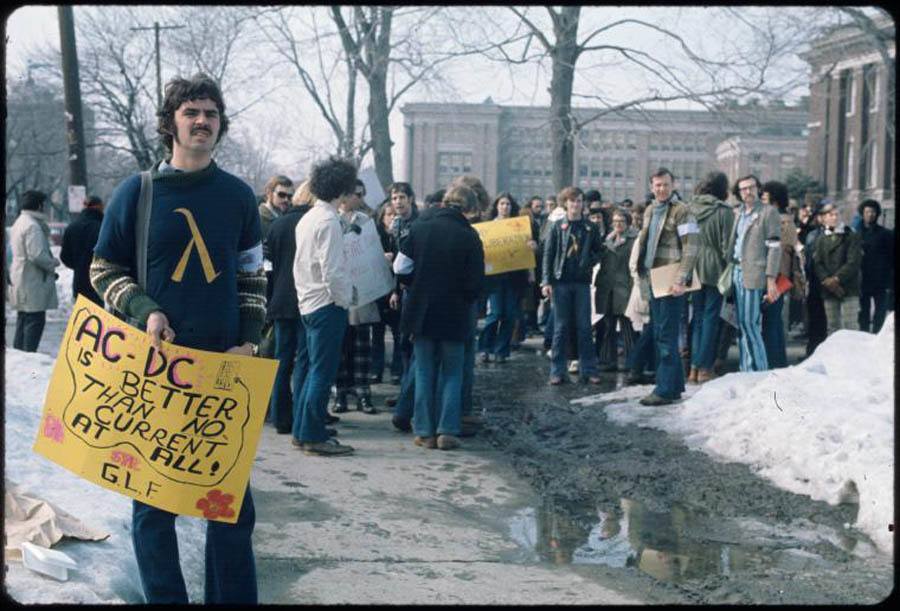 A snowy New York day clearly did not keep people away from participating in the event. 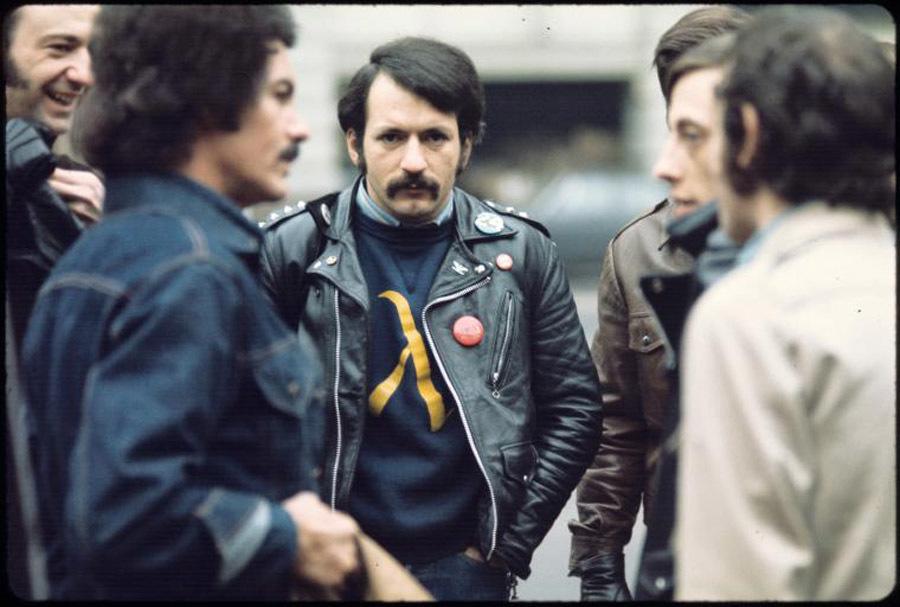 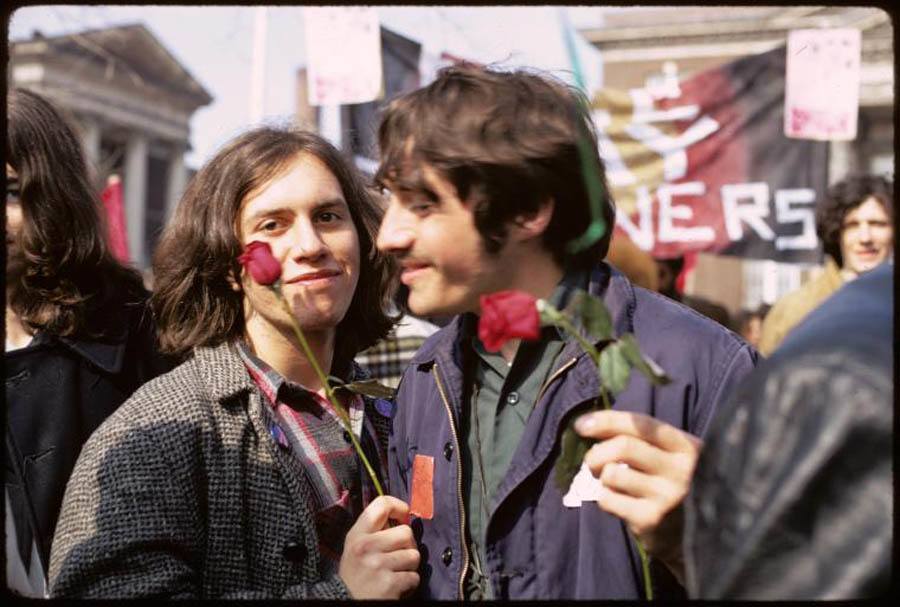 There could have been more demonstrators, though. A bus carrying marchers to the rally was turned away at a rest stop because it made heterosexuals "nervous." State police told the bus driver that for the safety of the passengers he should refrain from making any more stops. 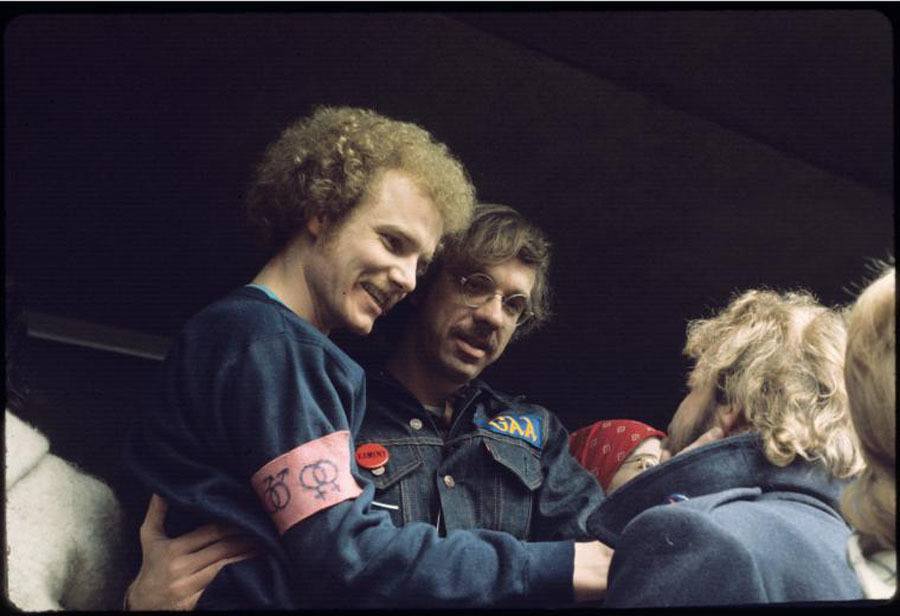 Those who made it faced a near constant threat of attacks: at the time there were reports that a sniper would target people on the route. 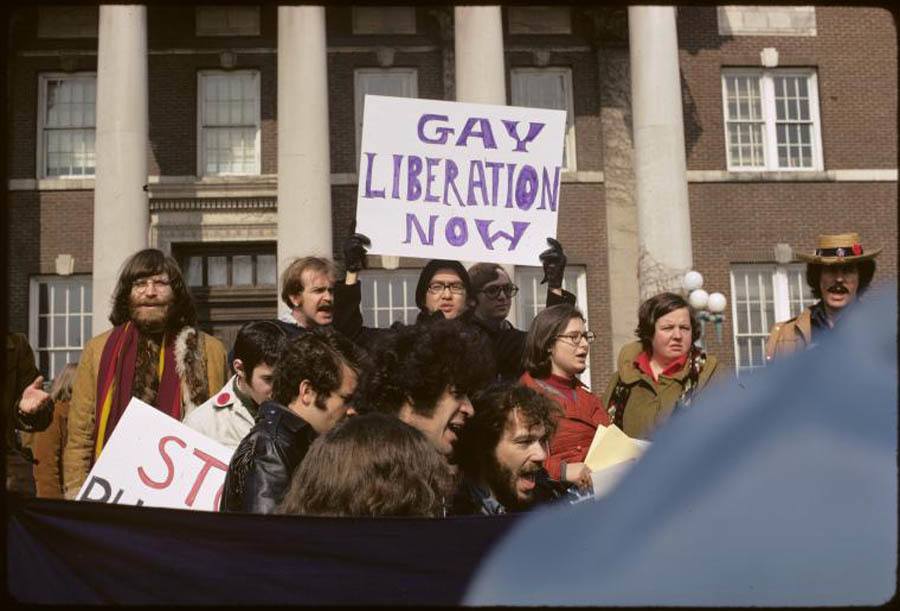 No sniper appeared, but demonstrators did face verbal harassment and had eggs and snowballs thrown at them. 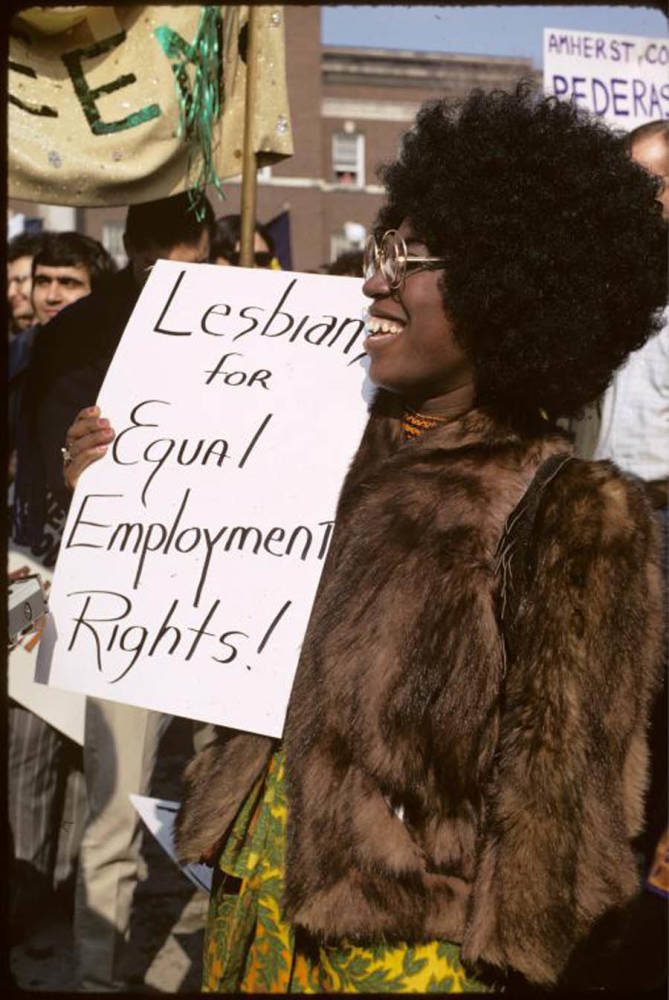 Demonstrators called for a number of changes, including the elimination of workplace discrimination by getting “sexual orientation” added to the Fair Employment Practices Act. 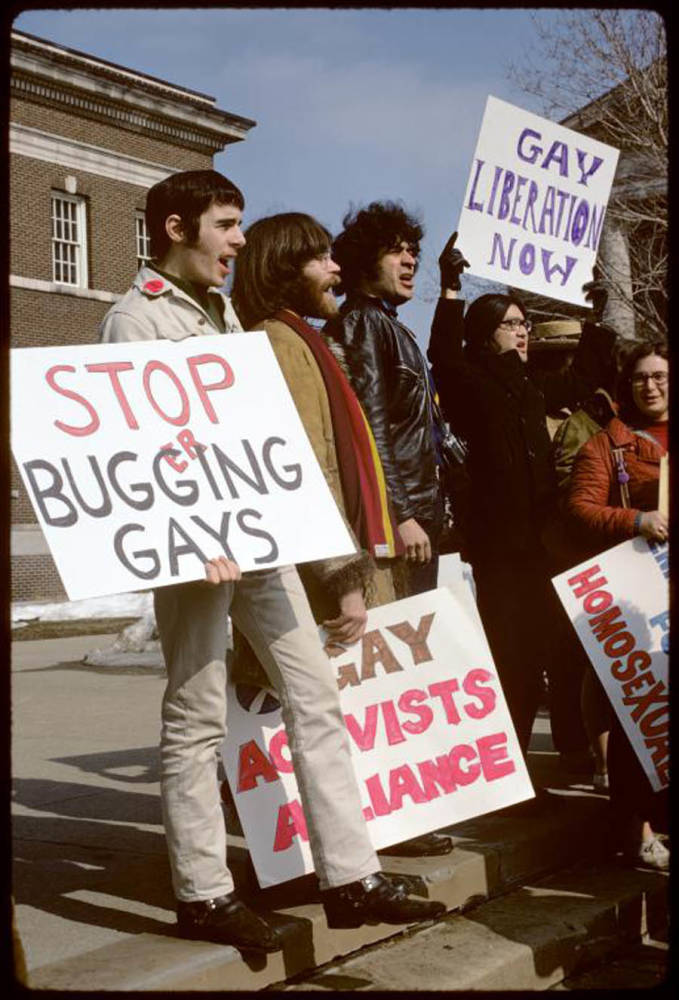 Repealing laws against cross-dressing was also a priority for demonstrators. 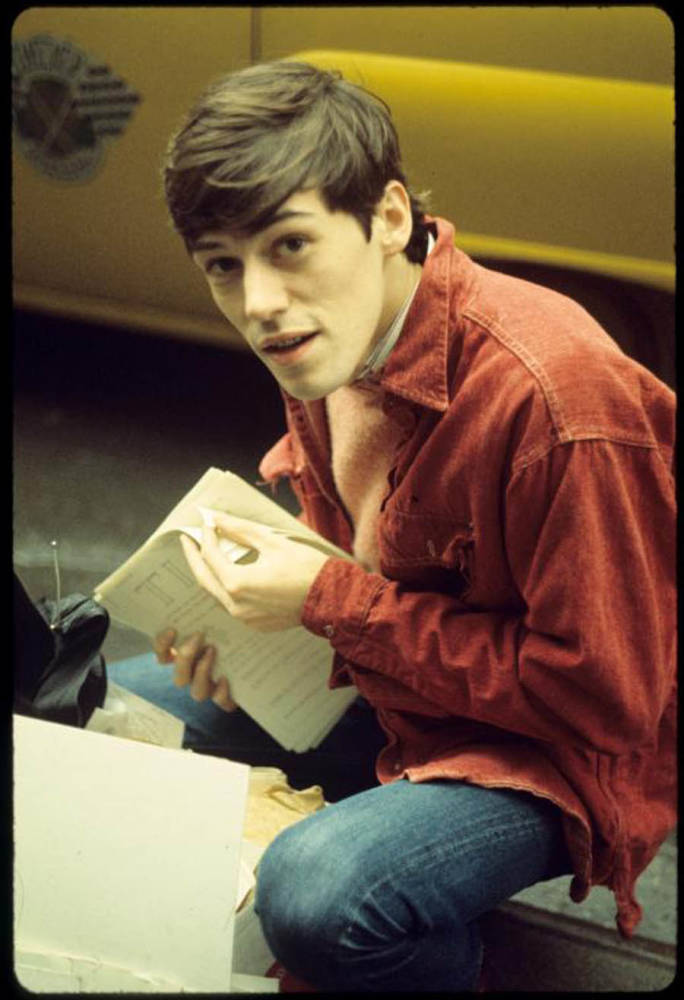 Demonstrators likewise hoped to repeal the state's solicitation and loitering laws in which gay men could get ensnared by simply walking down the street. 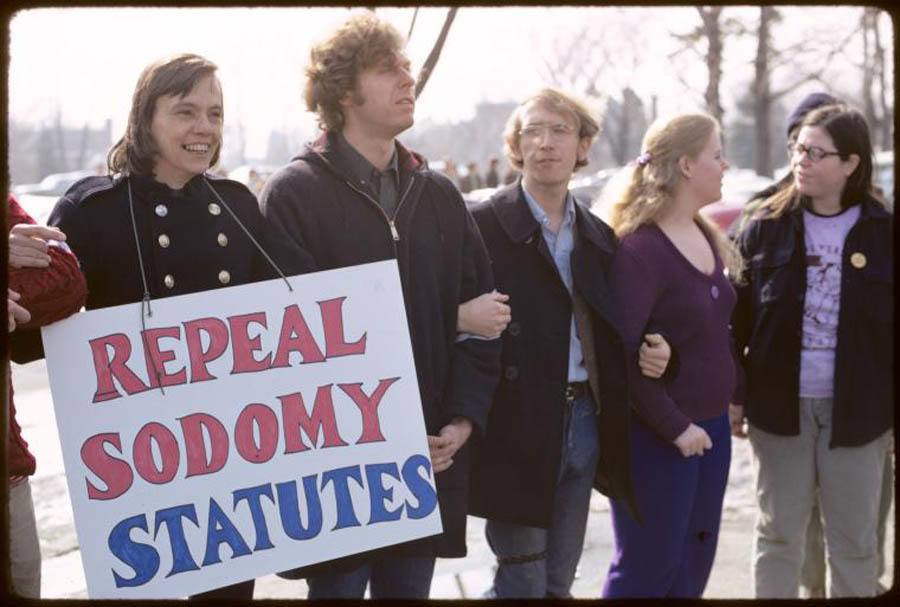 In this photo, demonstrators are holding a sign calling to change sodomy statutes, another legal mechanism which could potentially criminalize gay sex. 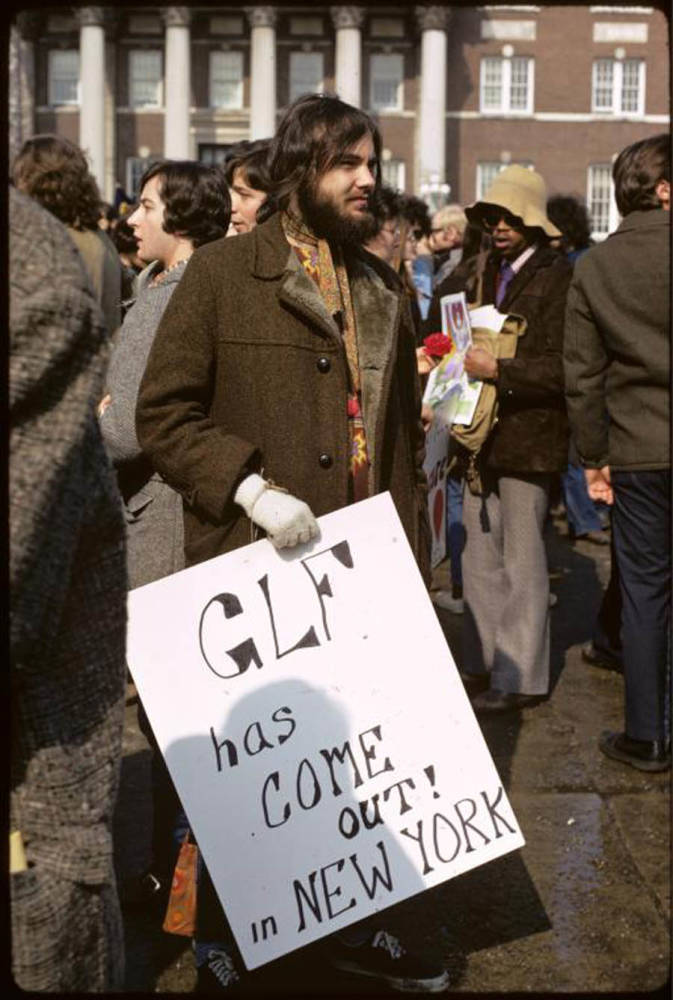 They also aimed to achieve inclusion in the Fair Housing Act. 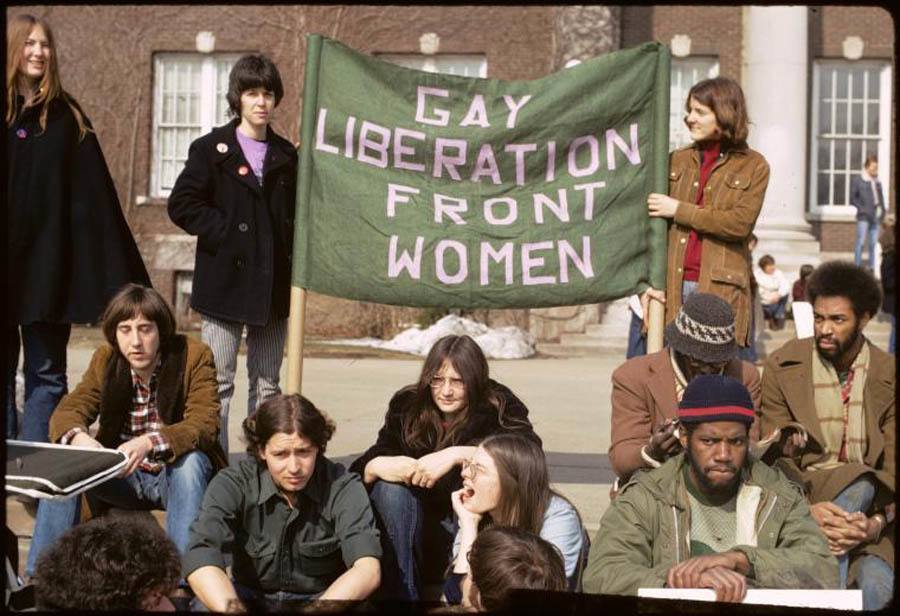 Embedded within sexual orientation was the question of gender and women’s liberation. 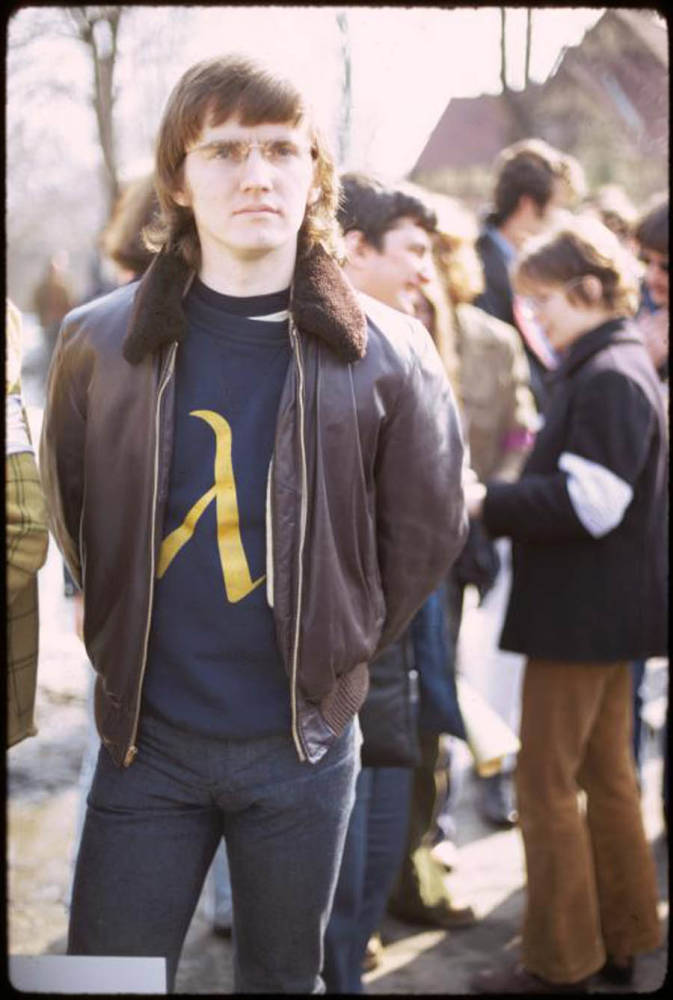 Pictured: Jim Owles. Owles was the founder and president of the Gay Activists Alliance from 1970-1971. In a speech at the rally, he said, "We're here to shake them up...to demand an immediate end to all oppressive laws against all gays and full and equal treatment and the same rights guaranteed to every minority." 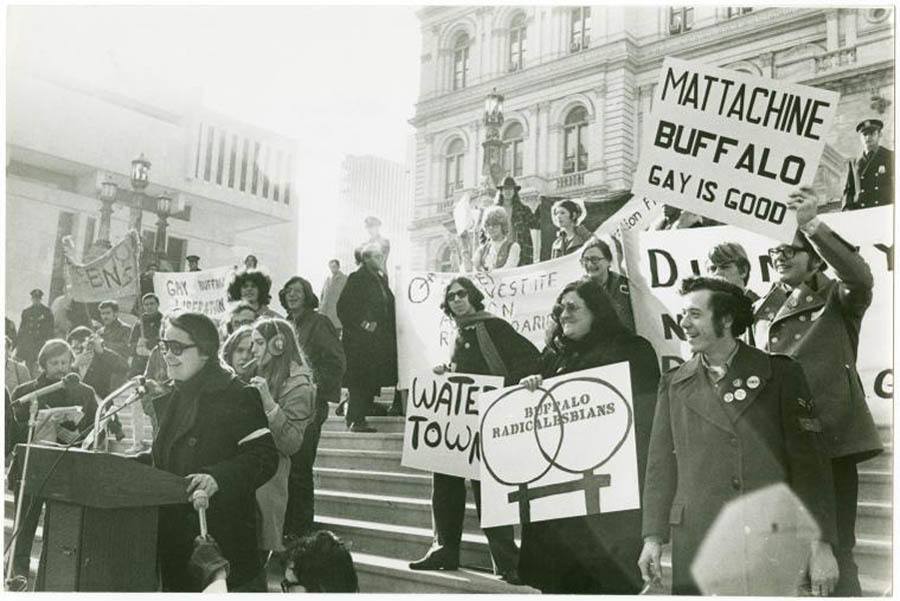 One of the speakers at the end of the march was Kate Millet, a bisexual author and feminist. She declared, "All we've ever known was shame. We were feeling proud and we liked ourselves and we were free, and we were beginning to show them that we meant to stay that way. And they've got to know that now." 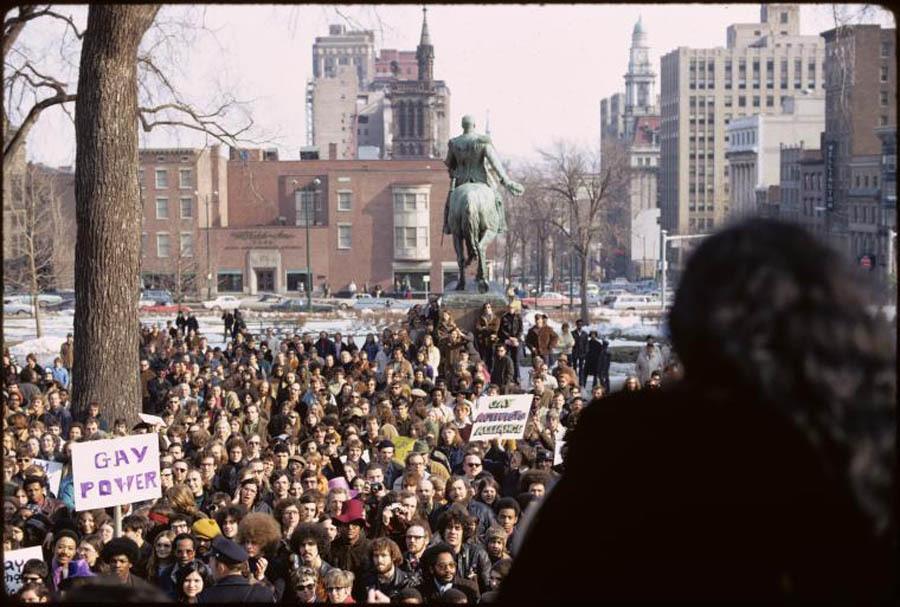 The rally concluded with group leaders and others making short speeches to clarify their cause. 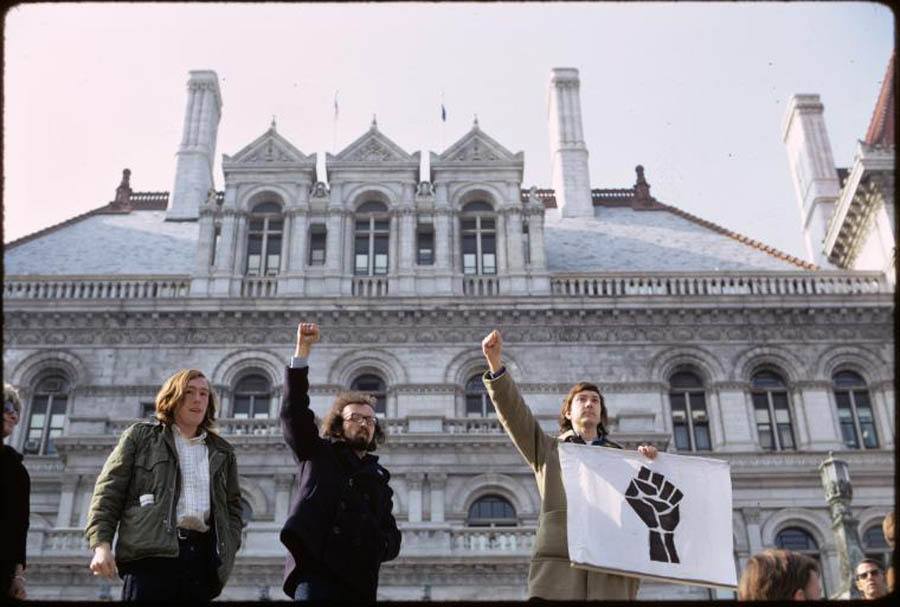 The march was a symbolic call-to-arms following the Stonewall riots, and it achieved some success. 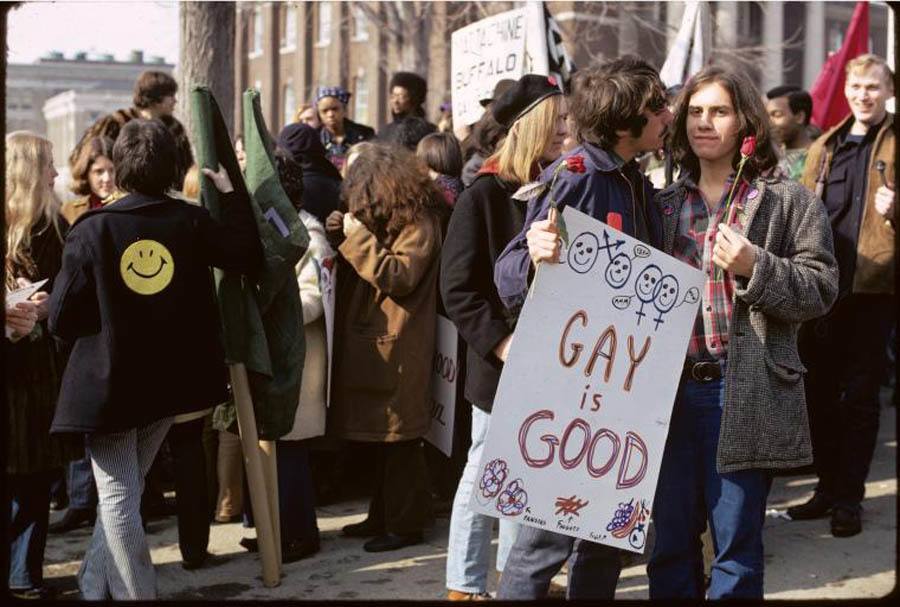 Later that year, the Gay and Lesbian Switchboard of New York was founded as a hotline for the LGBT community. Throughout the 1970s, it grew to field 20,000 calls per year. 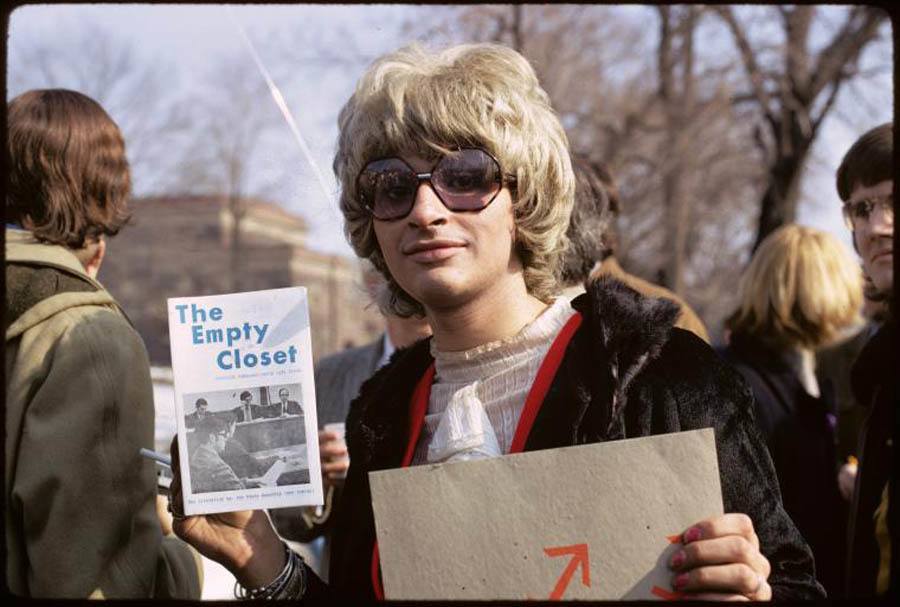 Within three months of the Stonewall riots, three different newspapers were being published that promoted gay rights. 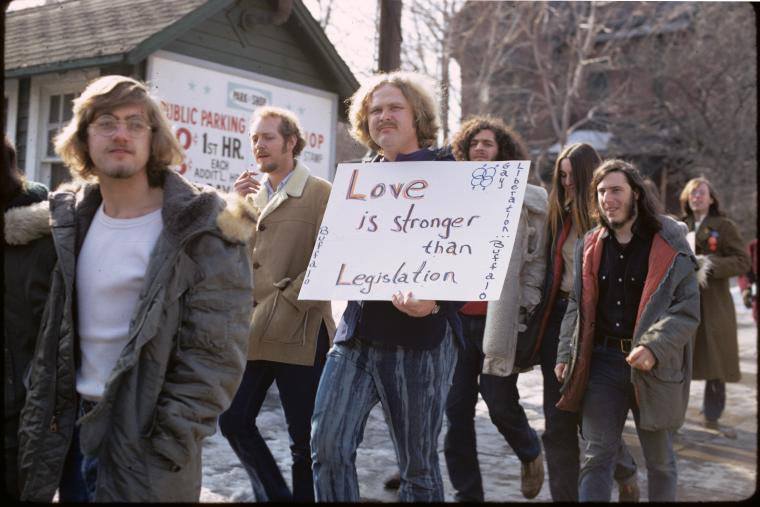 Two years after the Albany march, the American Psychiatric Association removed homosexuality from its list of mental disorders. 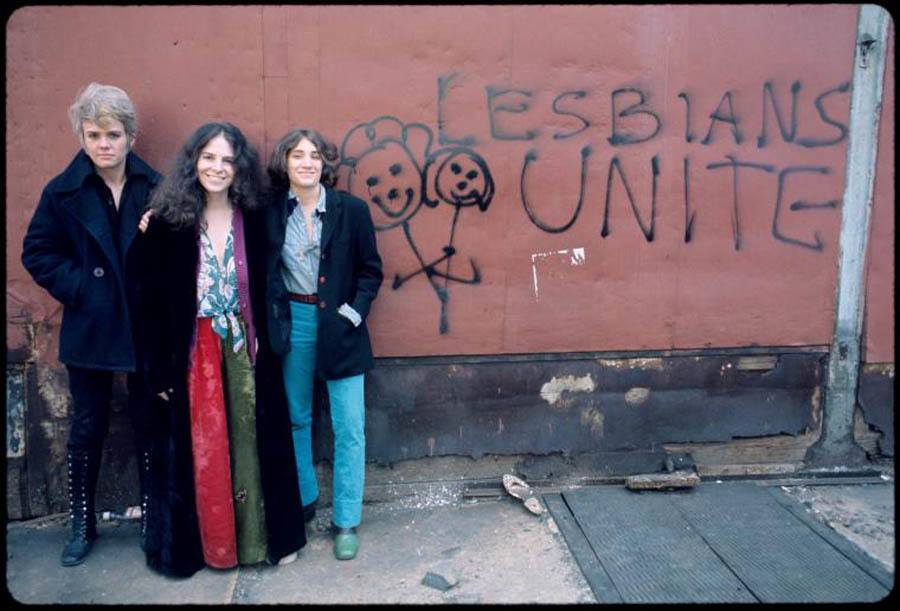 Footage of the Albany march appears in David Marshall’s 2009 film, Swimming With Lesbians. 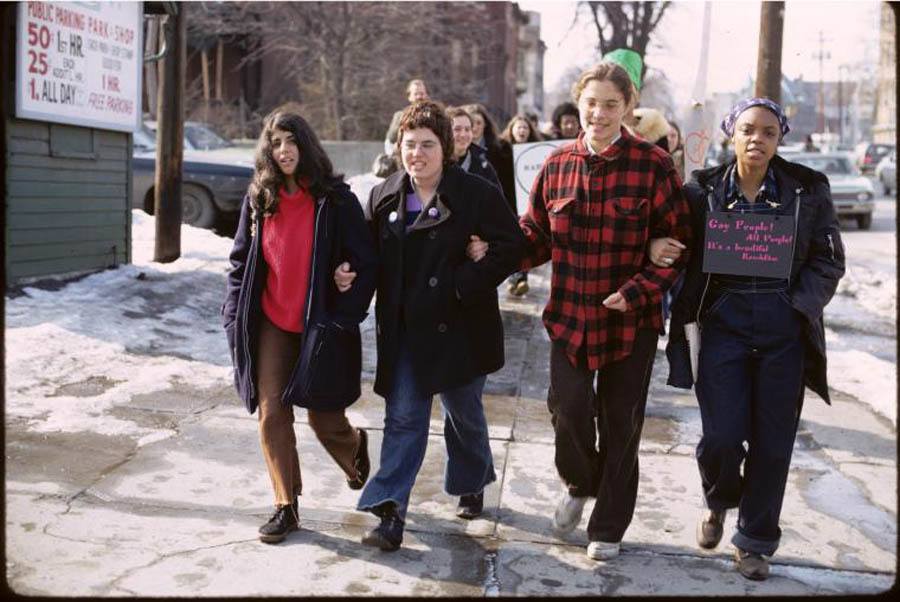 Today, gay pride events are generally held at the end of June each year in conjunction with the anniversary of the Stonewall riots on June 28th, 1969.

The fight against oppression still rages on today, though several landmark equality laws have been achieved.
Remove Ads