An amazing look at the world's most mindblowing 3D street art and graffiti. Sprawling over sidewalks, walls, and public spaces, artists use chalk or pastels to render pictures that use the mathematical continuation of perspective to give the illusion of three-dimensionality. Though the medium is widely regarded as a modern art, street art traces its origins back to the Renaissance.

The penchant for putting chalk to sidewalk was practiced widely by Italian vagabond artists.

Known as the Madonnari because of their copious reproductions of Madonna, the artists would travel between festivals, creating religious works from brick, charcoal, colored stones and chalk. Giving credence to the ‘starving artist’ stereotype, the Madonnari lived solely off the coins passers-by tossed at them for their skill.

This practice continued for centuries until the hardships of WW2 significantly reduced the numbers of the Madonnari. However, the art form was revitalized thanks to the International Street Painting Festival in Northern Italy, and the tradition has morphed and continued to date.

The pioneer of 3D street art, Kurt Wenner saw the artistic possibilities of combining the traditional street technique of the Madonnari, with his classical training in architecture and perspective. 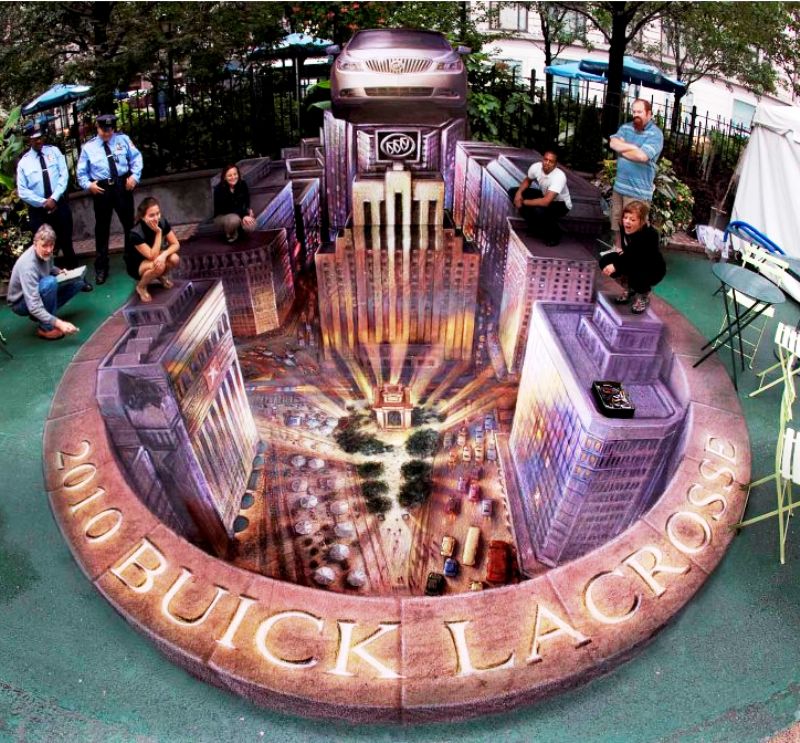 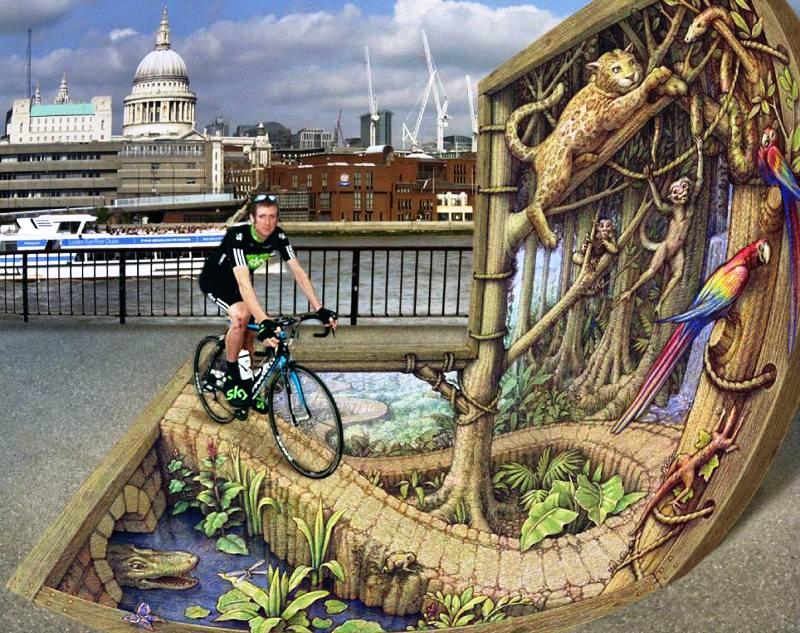 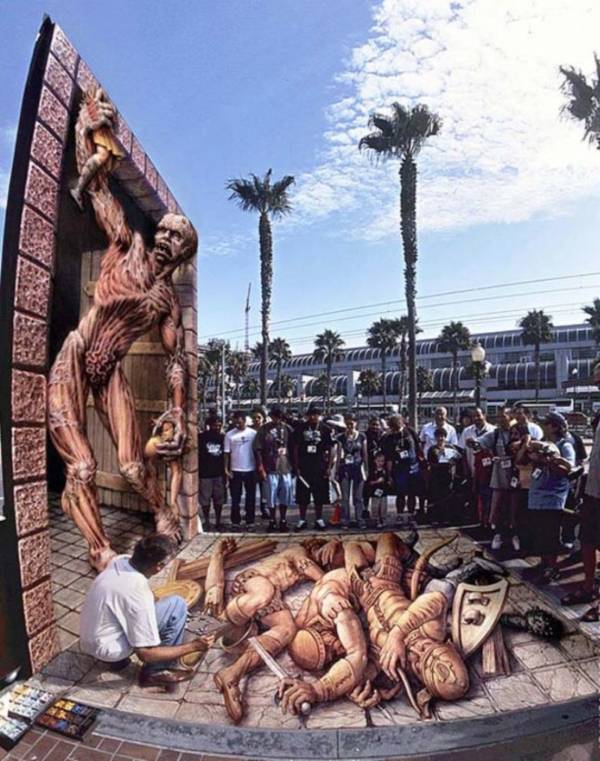 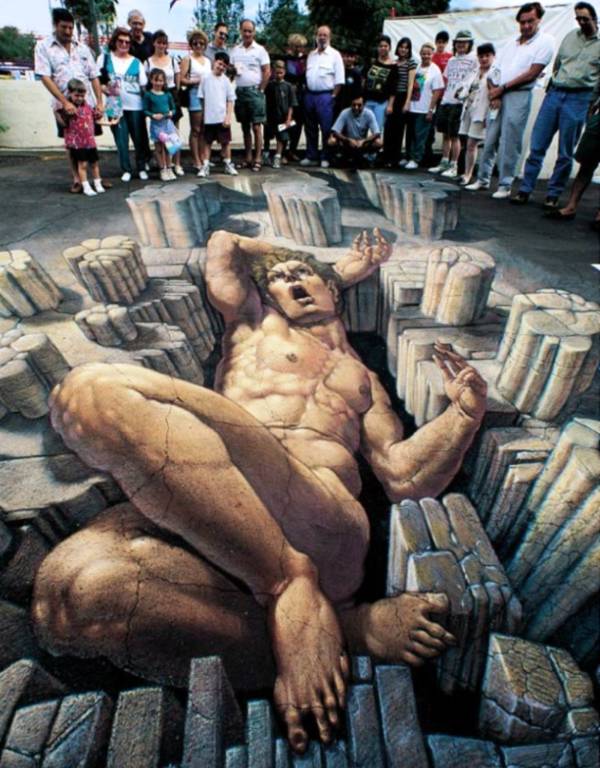 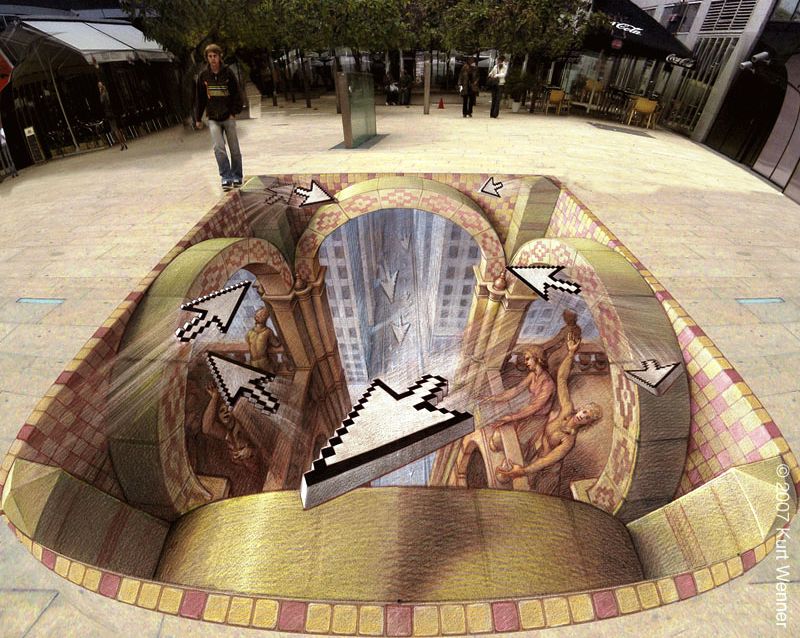 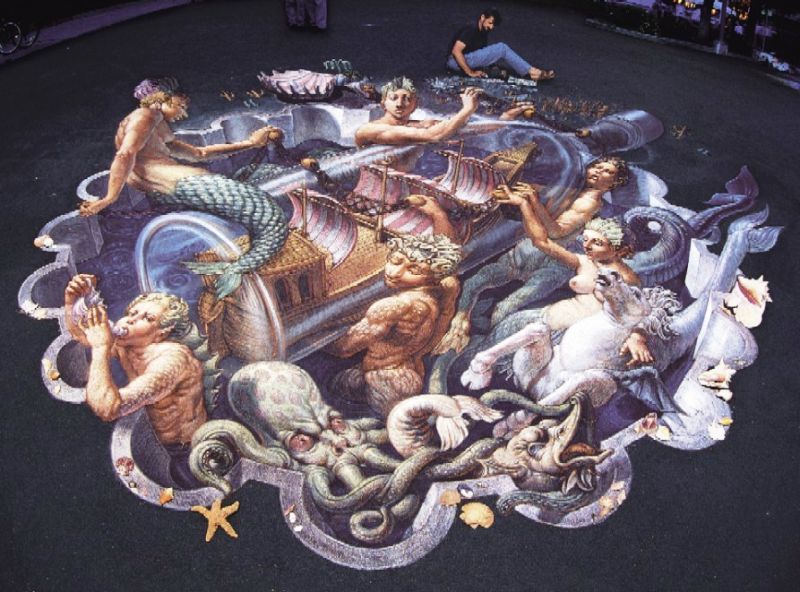 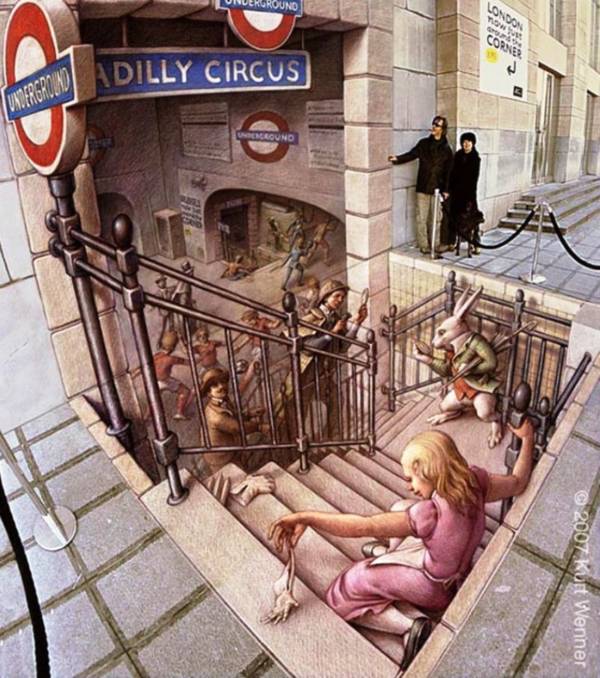 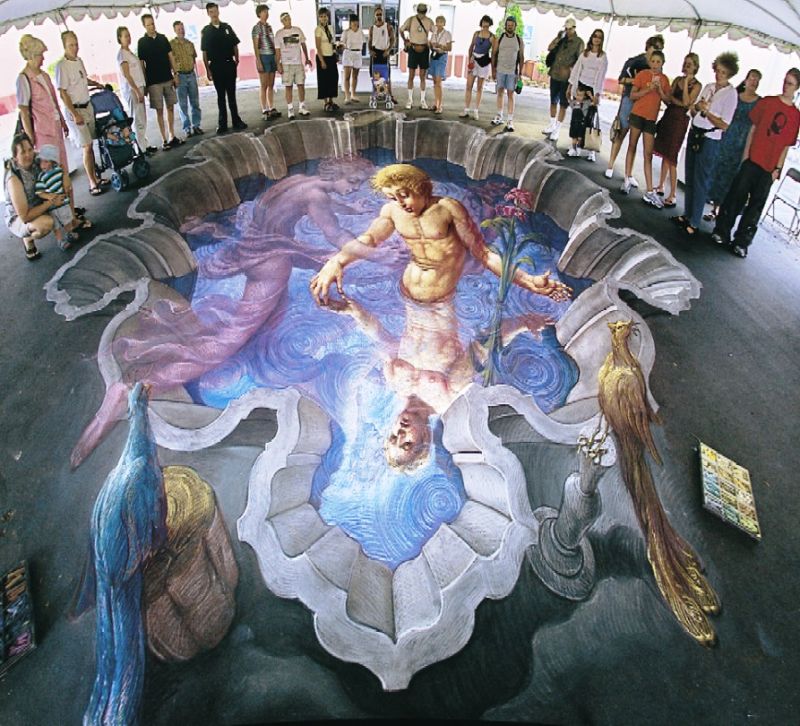 Born in Michigan, Wenner studied at the Art Centre College of Design and Rhode Island School of Design, and had a short stint at NASA before leaving to study art in Italy in 1982.

He first introduced the concept of 3D pavement art the Santa Barbara Museum of Art and founded the first street painting festival, The Old Mission Festival, in the US in 1980.

Wenner’s artwork always uses the language of classicism to tell a story. He developed 3D specifically to highlight the relevance of classical art in understanding modern art.

All of the current 3D street artists can trace their roots back to Wenner’s vision, though nowadays, most use computer programs or simplified geometry to create the illusions that Wenner was able to do free hand.

The staggering work of Wenner is wonderfully documented and collected in the recently released Asphalt Renaissance: The Pavement Art and 3-D Illusions of Kurt Wenner.

Edgar Müller is a 41-year-old German artist best known for his first giant work, turning the 270 square meter River Street in Canada into, naturally, a river ending in a huge waterfall. 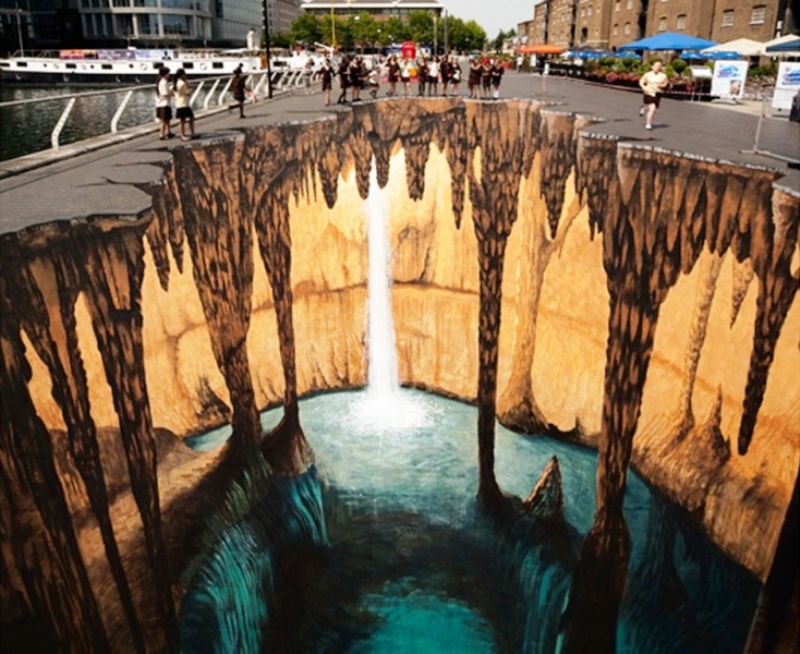 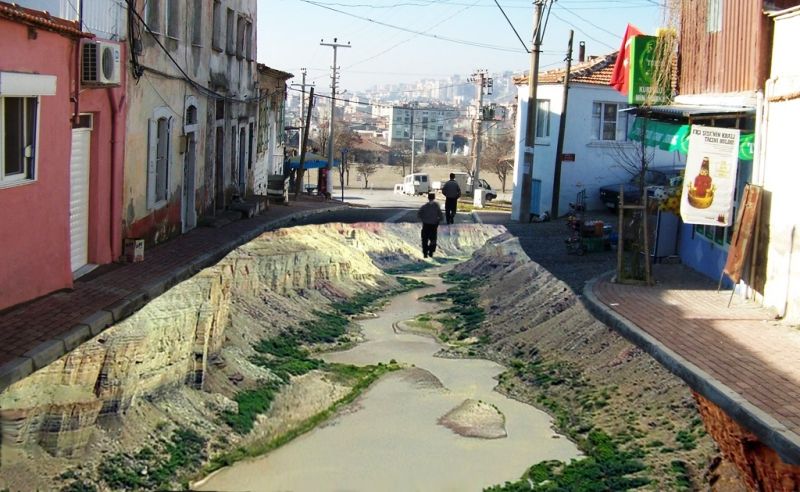 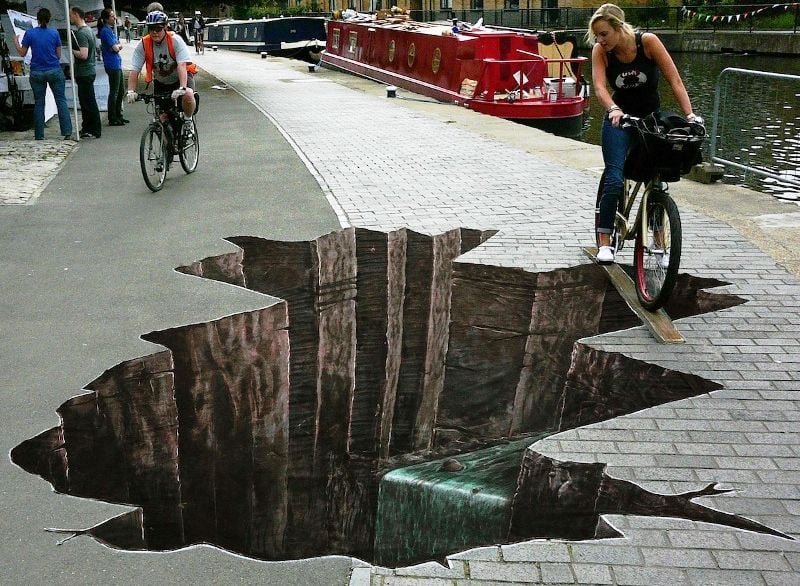 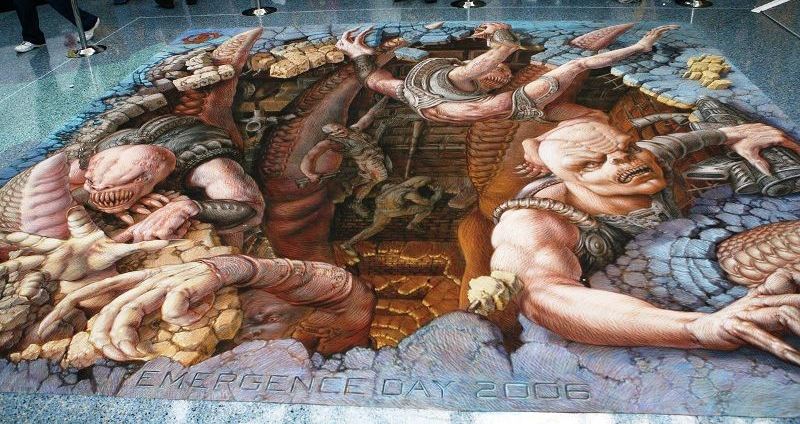 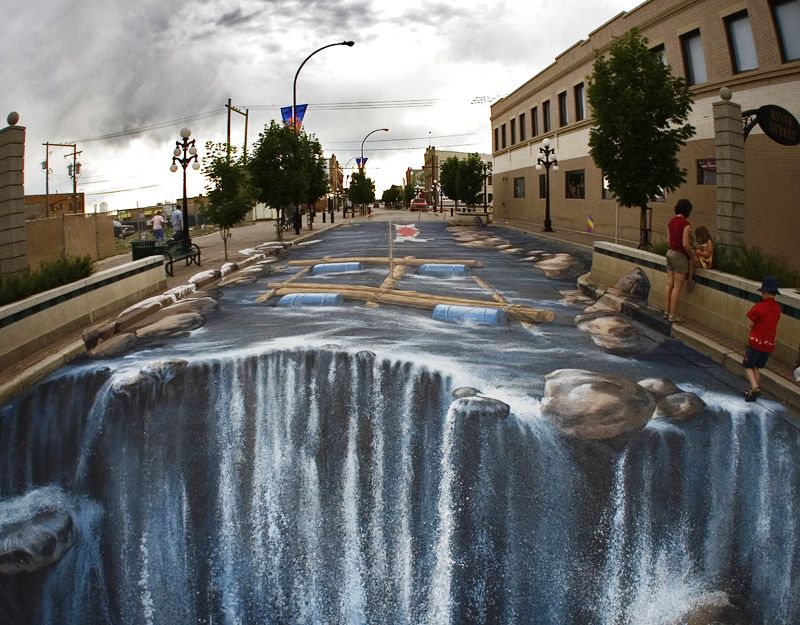 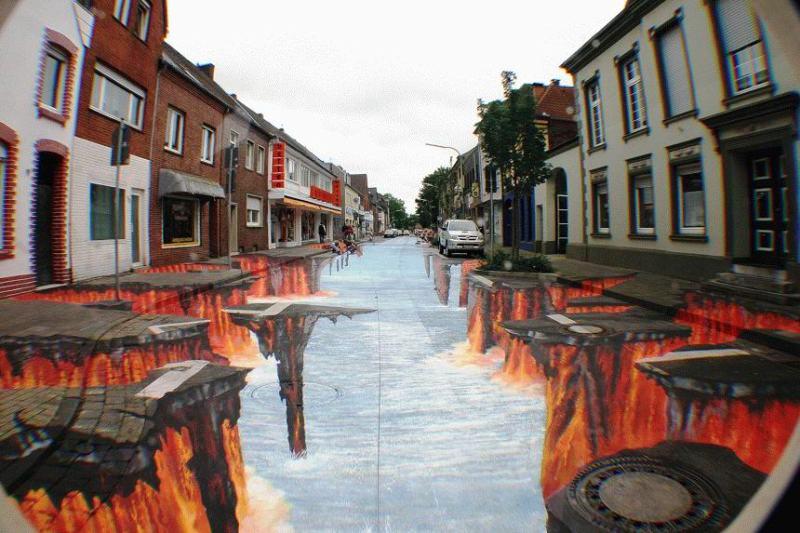 Müller is known for creating the first 3D street painting that changed from day to night. Müller is also the Guinness world record holder for largest pavement art and largest anamorphic pavement art.

Even more magnificent is the video below highlighting the inception and creation of one of his 3D street art masterpieces, The Crevasse: