Abigail Hernandez was only 14 years old when she was abducted by Nathaniel Kibby while walking home from school before being held in a windowless storage container just 30 miles from her New Hampshire home. 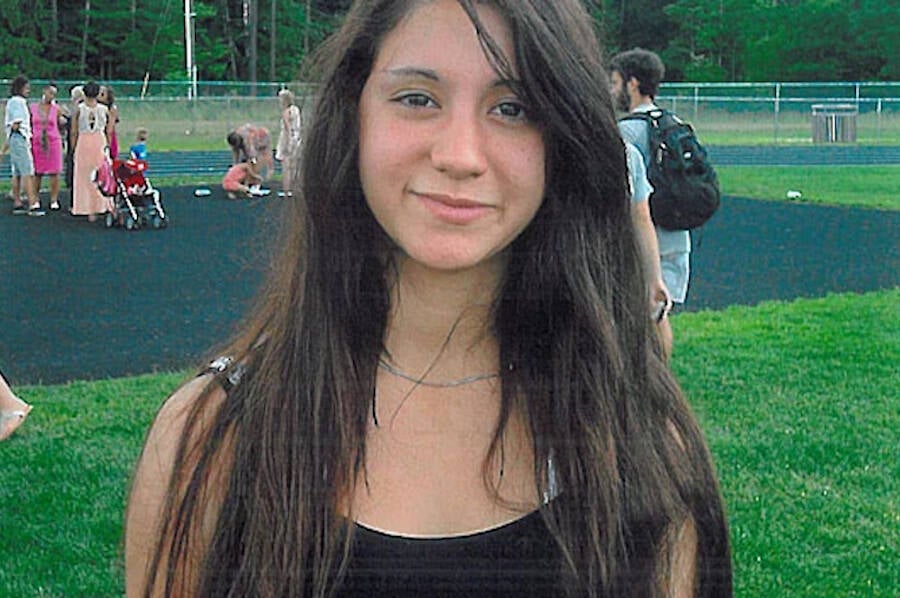 A freshman at Kennett High in North Conway, New Hampshire, Abby Hernandez was a strong student and talented athlete. She was mere days away from turning 15 years old when she vanished into thin air on October 9, 2013 — and would be held captive in a storage container for nine months before she could escape.

The search for Abby Hernandez was one of the largest in New Hampshire history.

Her face appeared on missing persons posters plastered on every block as speculation and wild rumors flooded the once-peaceful town. Several seasons came and went before she miraculously showed up on her doorstep in July 2014.

To the shock of her mother and investigators, Hernandez had been held captive just 30 miles outside of town. The teenager had suffered repeated sexual assaults by her captor, Nathaniel Kibby, but she also tricked him into friendship in hopes their bond would one day help her escape — a move dramatized in Lifetime’s Girl in the Shed: The Kidnapping of Abby Hernandez, starring Ben Savage as Kibby.

“If I were going to write a textbook about how victims should deal with abductions… the first chapter would be about Abby,” said former FBI profiler Brad Garrett. “It’s always about bonding to the bad guy.”

Born on Oct. 12, 1998, in Manchester, New Hampshire, Abigail Hernandez had a perfectly uneventful childhood until October 2013. Adults who knew her remarked on her athletic prowess as a teenager, and fellow classmates at Kennett High School described her as a kind, positive, and joyful person.

That disposition would be brutally robbed from her shortly after entering the ninth grade. After graduating from middle school and enjoying the summer of 2013, Hernandez walked home from her new school and disappeared.

Living with her mother Zenya and sister Sarah, Hernandez never got home later than agreed. When she failed to do so by 7 p.m. on Oct. 9, 2013, her mother filed a missing person’s report. With no domestic problems at home nor reason to run away, her family and police feared the worst.

Their intuition proved accurate, as Hernandez had already been abducted. 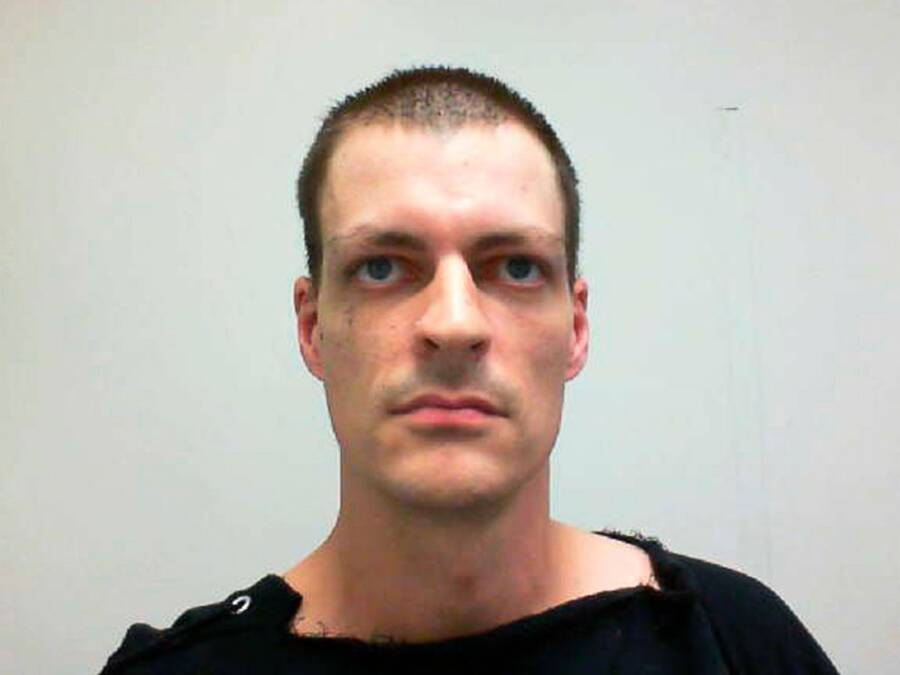 New Hampshire Attorney General’s OfficeNathaniel Kibby was sentenced to 45 to 90 years in prison.

Her captor, Nathaniel Kibby, had mainly spent his days as a petty criminal who printed counterfeit money in his trailer. Without warning, he had turned into a kidnapper. And with Abby captive, he would soon do much worse.

Inside The Brutal Kidnapping Of Abby Hernandez

On Oct. 9, 2013, Nathaniel Kibby forced Abby Hernandez into his vehicle at gunpoint and threatened to slit her throat if she didn’t comply. He handcuffed her and wrapped a jacket over her head while breaking her cellphone to prevent the police from tracking its GPS. Hernandez managed to peer out the window, but Kibby tased her when he caught her.

The car came to a halt 30 miles later at Kibby’s house in Gorham, New Hampshire. He took Hernandez into a dark room where a “Don’t Tread On Me” flag hung on the wall. Taping her eyes shut, he wrapped her head in a t-shirt and put a motorcycle helmet on her. Then, he raped her for the first time. 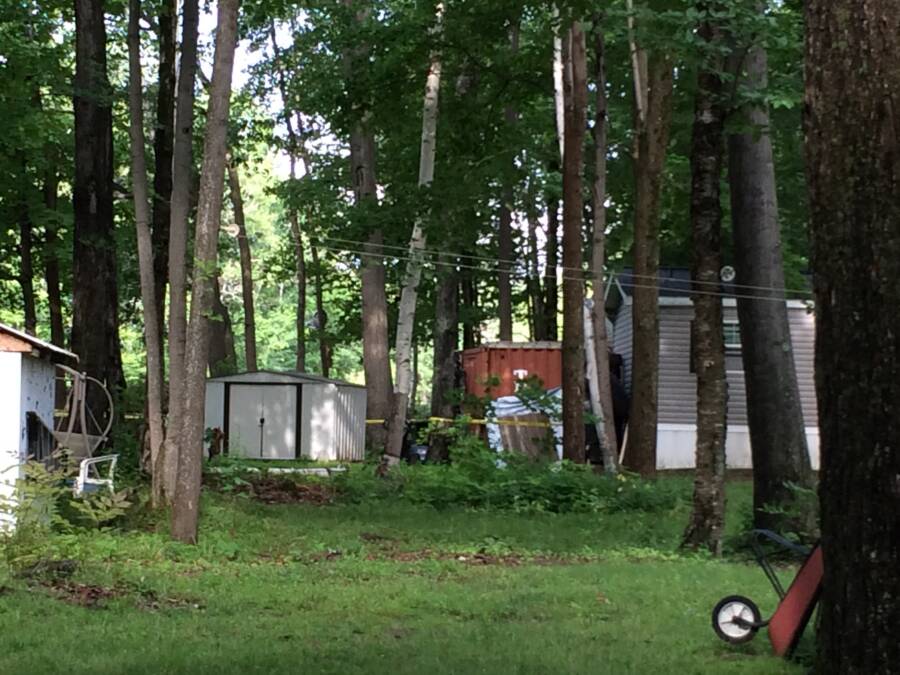 Her efforts to soften Kibby initially proved unsuccessful. He threw her into a storage container in his yard, where she suffered daily abuse and routine sexual assault. In her quiet moments, she recalled omitting “amen” from her prayers because she “didn’t want God to leave me.”

“I just really wanted to live,” she said.

Kibby eventually allowed Abby Hernandez into his trailer to help him print his counterfeit money. The tide wasn’t turning, however, as he soon demanded she call him “Master” and presented her with a new torture tool.

“He said, ‘You know, I’m thinking of finding something a little more humane for you to keep you quiet.’ He said, ‘I’m thinking of a shock collar.’ I remember he put it on me. And he told me, ‘Okay, try and scream.’ And — I just slowly started to raise my voice. And then it shocked me,” Hernandez recalled.

How The Girl In The Shed Finally Escaped

But over Abby Hernandez’s nine months with Nathaniel Kibby, he did begin to bond with her. And eventually, he gave Abby Hernandez some reading material in the form of a cookbook. At that point, Hernandez still didn’t know her abductor’s name, but there was one written on the inside cover. 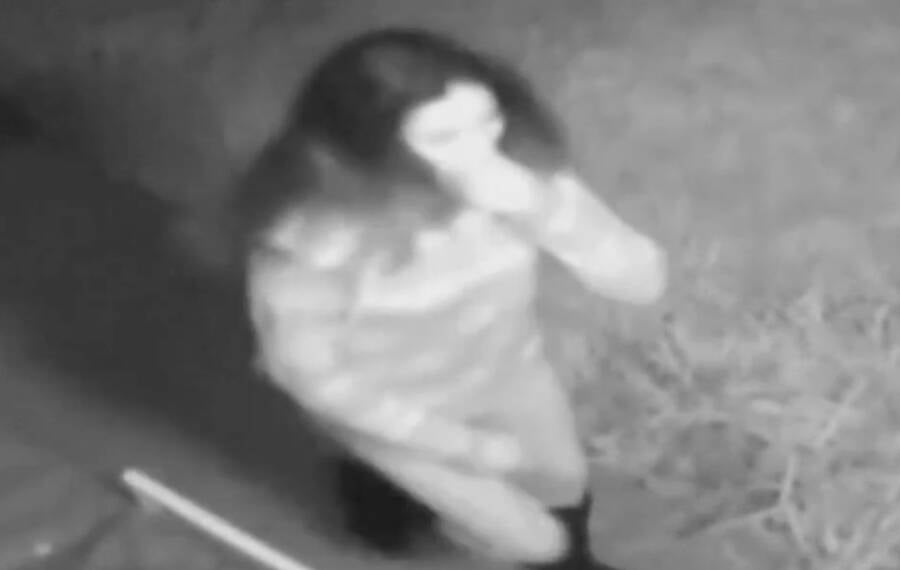 ABC/YouTubeAbby Hernandez was captured on her parents’ home security camera walking up to their front door after she escaped her kidnapper.

“I said, ‘Who’s Nate Kibby?'” Hernandez recalled. “And he just kind of breathed and said ‘How do you know my name?'”

In July 2014, Nate Kibby received an alarming call from Lauren Munday, a woman he had met on the internet. Munday told him she had been arrested for passing fake $50 bills and that she’d informed police that Kibby had printed them.

Kibby was spooked, and he soon started liquidating everything in his house — including Abby Hernandez. And on July 20, 2014, he drove the 15-year-old back to North Conway and dropped her off mere steps from where she had been abducted, making her promise not to give him up. Abby Hernandez walked the last mile to her mother’s home.

“I remember looking up and laughing, just being so happy,” said Hernandez. “Oh my God, this actually happened. I’m a free person. I never thought it would happen to me, but I’m free.”

Where Is Abigail Hernandez Now?

Abby Hernandez told police that her captor’s identity was a mystery. According to court papers published in November 2014, she had only provided police with a sketch of her abductor — and withheld his name from everyone but her mother, Zenya. 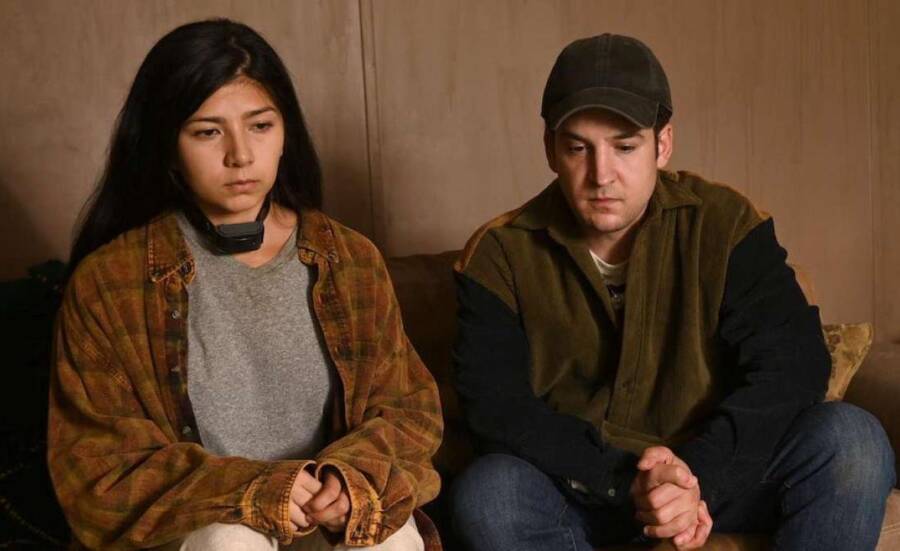 Hernandez “had confided in her, telling her that she did not provide law enforcement with all the necessary information and furthermore, knew who her captor was.” And on July 27, 2014, Zenya Hernandez gave detectives Kibby’s name — leading to his arrest and a raid of his property.

Initially charged with kidnapping and held on a $1 million bond, Kibby spent two years in prison before pleading guilty to six other felonies, including second-degree assault and sexual assault.

And while he received a sentence of 45 to 90 years, Hernandez says she now makes sure to take time to fully appreciate all that life has to offer.

“Every time I go outside now, I really try to appreciate sunlight and fresh air,” said Hernandez. “It really went in my lungs differently. I really try to never take that for granted.”

After learning about the kidnapping of Abby Hernandez, read about the horrifying kidnapping of Colleen Stan, “the girl in the box.” Then, learn about Edward Paisnel and the “Beast of Jersey.”