Inside The Chippendales Murders And The Horrific Crimes Of Steve Banerjee

Chippendales founder Steve Banerjee was dangerously obsessed with protecting the success of his male stripper troupe — and turned to murder and arson in order to do so.

Chippendales is best known for its muscular male dancers, exuberant crowds of women, and dynamic shows. But the Chippendales murders proved that the lighthearted franchise had a dark side.

In the 1980s and 1990s, Chippendales’ founder Steve Banerjee plotted multiple deaths. He orchestrated the murder of his business partner, set out to kill his rivals, and firebombed his competition.

Though Banerjee was eventually caught, his suicide before his sentencing brought a shocking end to the story of the Chippendales murders. 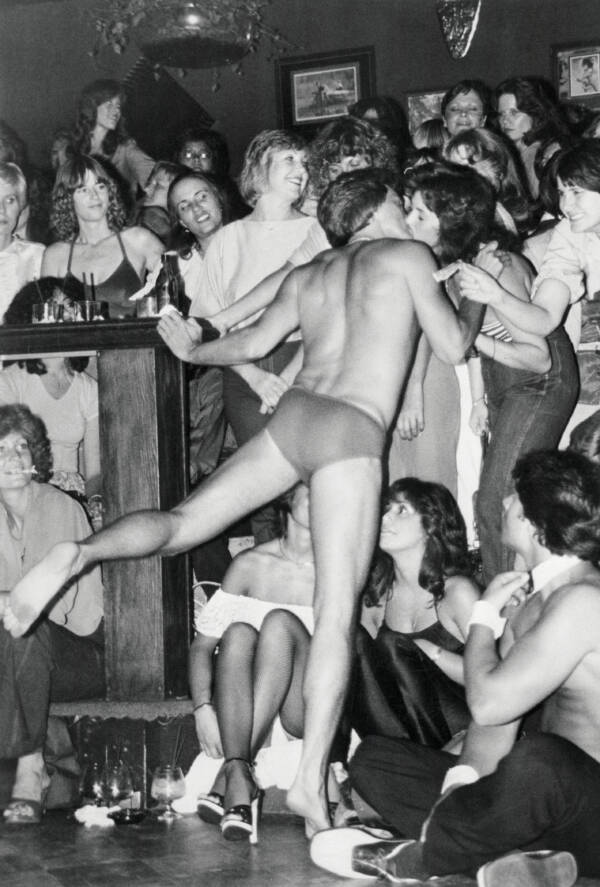 Bettmann/Getty ImagesA male dancer at the Chippendales club in Los Angeles in 1979.

In 1975, an Indian immigrant named Somen “Steve” Banerjee bought a struggling Los Angeles bar called Destiny II. He renamed it Chippendales and sought to jumpstart its reputation in the City of Angels.

Though Banerjee was soft-spoken, he wanted Chippendales to be loud and fun. He took the advice of promoter Paul Snider (who later shot and killed Playboy model Dorothy Stratten in 1980 before turning the gun on himself) and started a “Male Exotic Dance Night for Ladies Only” in 1979.

At first, “all the guys were worried about their image,” Banerjee recalled. But the show delighted female customers, who soon lined up to get in.

“It was the first time ever where something was completely geared to the ladies,” explained Candace Mayeron, the former associate producer for Chippendales. “We built an environment for women to let it all hang out.” 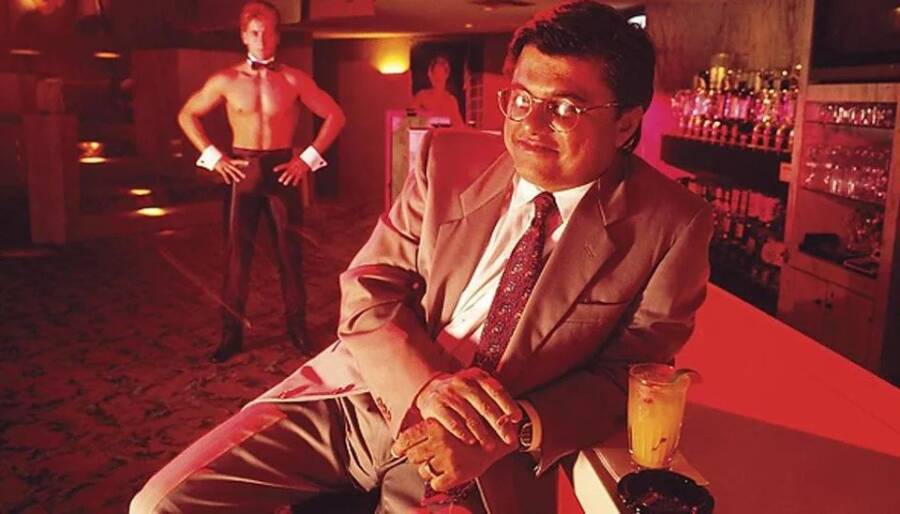 TwitterFranchise founder Steve Banerjee was behind the Chippendales murders.

But as Chippendales expanded, Banerjee became dangerously obsessed with protecting its success — even if it meant resorting to violence. In 1979, he quietly sent someone to burn down Moody’s Disco, a rival nightclub. And in 1984, he tried to do the same at the Red Onion restaurant and bar.

Meanwhile, Banerjee had started working with New York-based producer and choreographer Nick De Noia to expand Chippendales’ business. But Banerjee and De Noia butted heads. According to Read Scot, a Chippendales dancer, they “used to go toe to toe and just scream and curse at each other.”

Banerjee envied De Noia’s creativity and charisma. He also resented that people had started referring to De Noia — and not Banerjee — as “Mr. Chippendales.” And though he and De Noia had made a deal on a napkin that gave De Noia 50 percent of the profits from Chippendales’ tours, Banerjee began to suspect that De Noia was shortchanging him.

Inside The Chippendales Murders 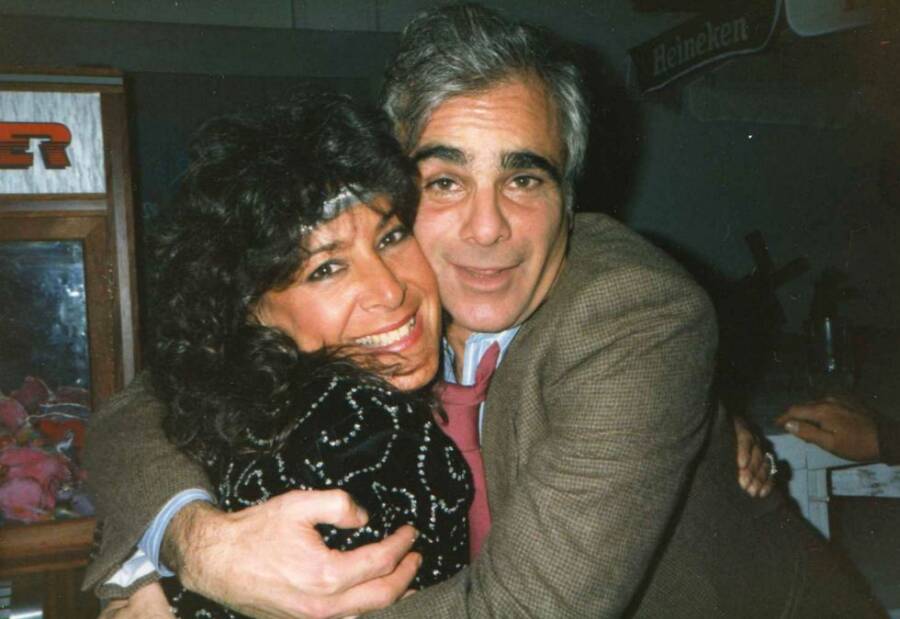 On April 7, 1987, a gunman walked into Nick De Noia’s 15th-floor New York office and shot him in the left cheek. De Noia died — and many at Chippendales suspected they knew who was behind the hit.

“I’m going to kill that motherf***** Steve Banerjee,” one of the dancers told Mayeron. As for Mayeron, she also thought that Banerjee was guilty. She wrote, “There wasn’t a scintilla of doubt in my mind that it was Steve either.”

Indeed, Steve Banerjee had orchestrated De Noia’s murder. The FBI eventually pieced together that Banerjee had hired a man named Ray Colon to kill De Noia. Colon, in turn, enlisted the services of Gilberto Rivera Lopez. Ultimately, Lopez had been the one to shoot Banerjee’s rival.

The story of the Chippendales murders might have ended there. But despite rumors, nothing linked Banerjee to the scene. He remained free — and even bought back the Chippendales touring rights from De Noia’s family. 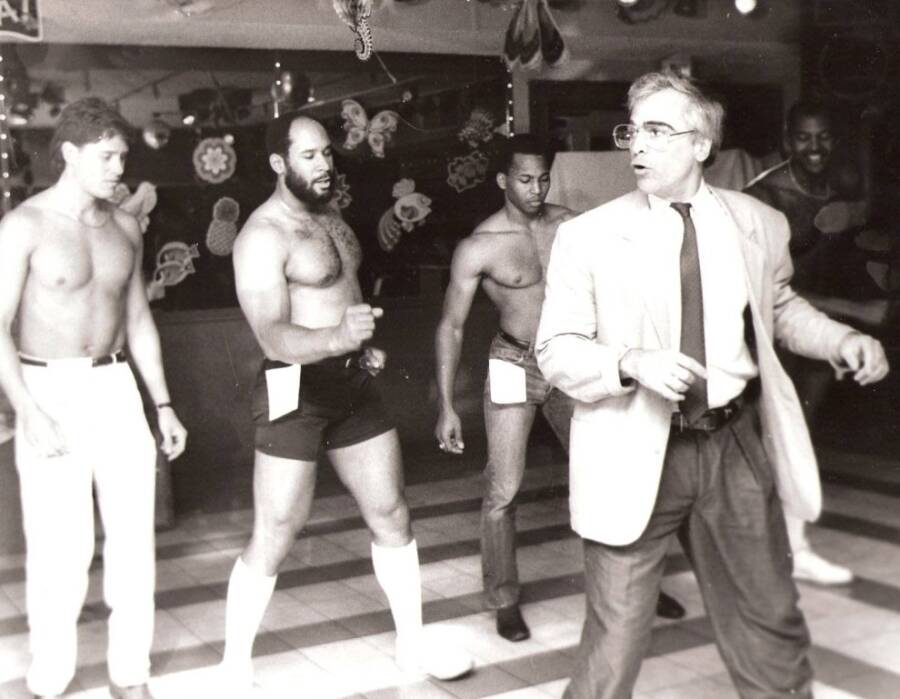 But Banerjee continued to ruthlessly protect the franchise that he had built. In 1991, he hired Colon again. This time, Banerjee wanted him to go to England and kill a number of former Chippendales employees, including Scot, who’d left Chippendales for a rival troupe called Adonis.

Just like with the murder of De Noia, Colon enlisted a hitman to get the job done. But the hitman — known only as “Strawberry” — got cold feet and decided to reach out to the FBI. He explained to the agents that Colon had given him cyanide, a list of names, and instructions to go to England.

“Any agent, whether you’re straight out of the academy or whether you’re a 25-year agent, this is the kind of case you want to get involved in,” recalled FBI special agent Scott Garriola, who investigated the Chippendales murders.

Garriola explained, “Not only did we have this conspiracy to kill people over in London, but we have a murder which actually occurred in New York in 1987. We have two arsons we have to investigate, and this conspiracy extended from the mid-70s all the way up until… 1991.”

The FBI searched Colon’s house and found enough cyanide to kill 230 people. And Colon, after stewing in jail for seven months, finally agreed to help authorities solve the Chippendales murders.

All roads, he said, led to Steve Banerjee.

How The Chippendales Murders Ended 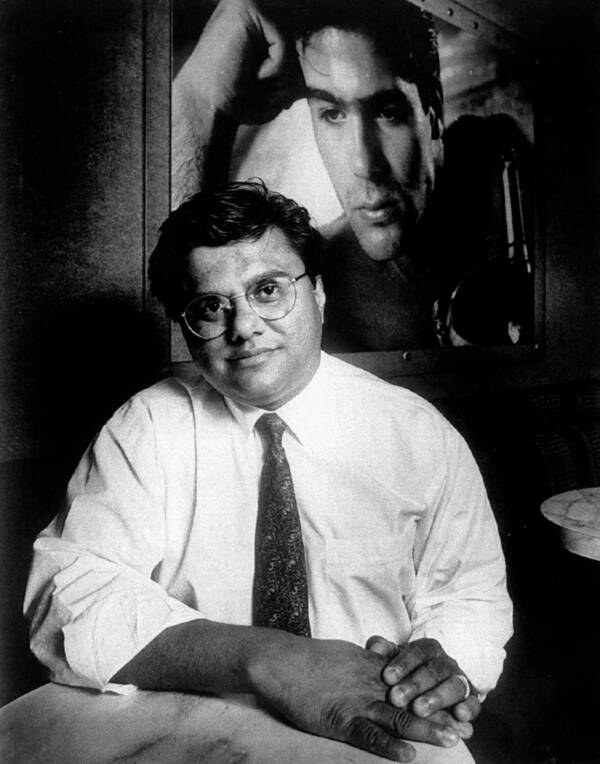 TwitterYears after the Chippendales murders, an A&E documentary called Secrets of the Chippendales Murders examined the case in depth in 2022. That same year, a fictionalized account called Immigrant also aired on Hulu.

Over the next several months, the FBI tried to use Ray Colon to get Steve Banerjee to confess on tape. But Banerjee proved difficult to pin down.

When the two men met on June 23, 1992, in an IHOP bathroom, Banerjee refused to say anything out loud. When Colon asked him questions, Banerjee only wrote his answers down on Post-it notes. He then tore the notes up and threw them in the toilet, flushing them down the drain.

Banerjee even demanded that Colon strip down to prove that he didn’t have a wiretap. Colon did, but he managed to conceal it in the flap of his underwear. Still, authorities got nowhere in their investigation.

“We don’t capture anything on a recording device,” Garriola explained. “There’s a lot of rustling and you could hear whisper-talking, you could hear scratching of a pencil. You just can’t hear anything of value.”

Undeterred, the FBI decided to try again. They had Colon convince Banerjee that he was a fugitive on the run. Banerjee apparently bought the story — and agreed to meet with him in Zurich, Switzerland. This time, with agents listening through a wall, Banerjee was more forthcoming.

“We hear Banerjee confess to his complicity in hiring Ray Colon for the murder of De Noia. They talk about the attempted murders of Read Scot and other dancers,” Garriola said. “We were able to get the evidence that we needed.”

In September 1993, the FBI arrested Banerjee. The Chippendales founder was then charged with hiring a hitman to kill the former dancers, with De Noia’s murder, and with violating the federal Racketeer Influenced and Corrupt Organizations Act (RICO) through murder, murder for hire, solicitation to commit murder, and arson. He faced 26 years in prison.

But on the day before Banerjee’s sentencing, October 23, 1994, the Chippendales murder case took one final, shocking twist.

“There was no way I was going to miss Steve’s sentencing,” recalled Mayeron. “I was on the courthouse steps with our MC and two of our dancers, when someone came out and said there would be no hearing, because Steve had killed himself in jail the night before. I felt cheated, big time.”

Steve Banerjee had hanged himself in his prison cell, having allegedly said that he’d “leave the country or kill himself” rather than go to prison.

“Mr. Banerjee tied a piece of bedsheet around his neck, placed it on a wall-mounted jacket hanger, and pulled down on it while he kneeled, causing the flow of air to be cut off; that caused his death,” explained Reonard McFadden, the executive to the warden at the detention center.

His suicide marked a stunning conclusion to the Chippendales murder saga. It also highlighted a shocking truth — that Chippendales, a franchise based on fun, sex, and dancing, had its roots in arson, betrayal, and murder.

After reading about the Chippendales murders, learn about Paul Snider, the nightclub promoter who killed Playboy model Dorothy Stratten. Then, take a look at the shocking and satanic Corpsewood Manor murders.