A small-time hustler from Vancouver, Paul Snider thought he'd struck it rich when he met model Dorothy Stratten — but when she left him, he killed her.

Paul Snider wanted glitz, glamour, fame, and fortune — and he would do anything to get it. Meanwhile, Dorothy Stratten was on the verge of getting everything that Snider wanted when the two met in 1978. She was beautiful, photogenic, and soon caught the eye of Hugh Hefner as the next superstar Playboy model.

Snider had to have her, and the pair soon wed. However, the relationship of Paul Snider and Dorothy Stratten was fated to become little more than a sordid affair — and ultimately, a deadly one. 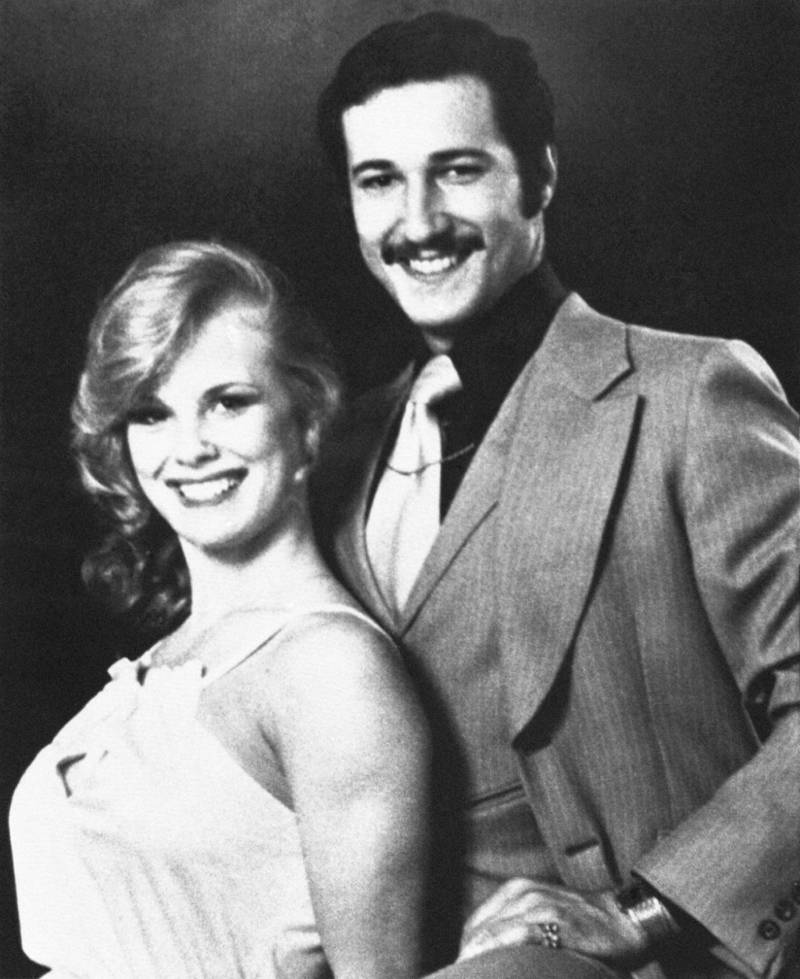 Stratten was supposed to become the next Marilyn Monroe. Unfortunately, she fell in love with the wrong man.

The Early Years Of Paul Snider, The “Jewish Pimp”

Born in 1951 in Vancouver, Paul Snider led a life of hustling, no thanks to the circumstances of his early life. Snider grew up in Vancouver’s rough East End where he had to make his own way. His parents divorced when he was a young boy and he dropped out of school after seventh grade to fend for himself.

He was skinny and slight, so he started working out. Within a year, Snider bulked up and caught the attention of the ladies. He began to frequent nightclubs with his dashing good looks and perfectly groomed mustache. His Star of David necklace earned him the nickname the “Jewish Pimp.”

He had a legitimate business as a promoter for auto shows at the Pacific National Exhibition but he wanted more, so he turned to the Rounder Crowd, a drug gang in Vancouver. But the Jewish punk with a black corvette could never quite pull off the big score when it came to drugs because he actually hated drugs.

A fellow gang member said this about Snider: “He never touched [the drug trade]. Nobody trusted him that much and he was scared to death of drugs. He finally lost a lot of money to loan sharks and the Rounder Crowd hung him by his ankles from the 30th floor of a hotel. He had to leave town.”

Snider ended up in Los Angeles where he tried pimping on the fringe of Beverly Hills society. After a few near-misses with the law and women who stole from him, he ran back to Vancouver where he met his future wife. 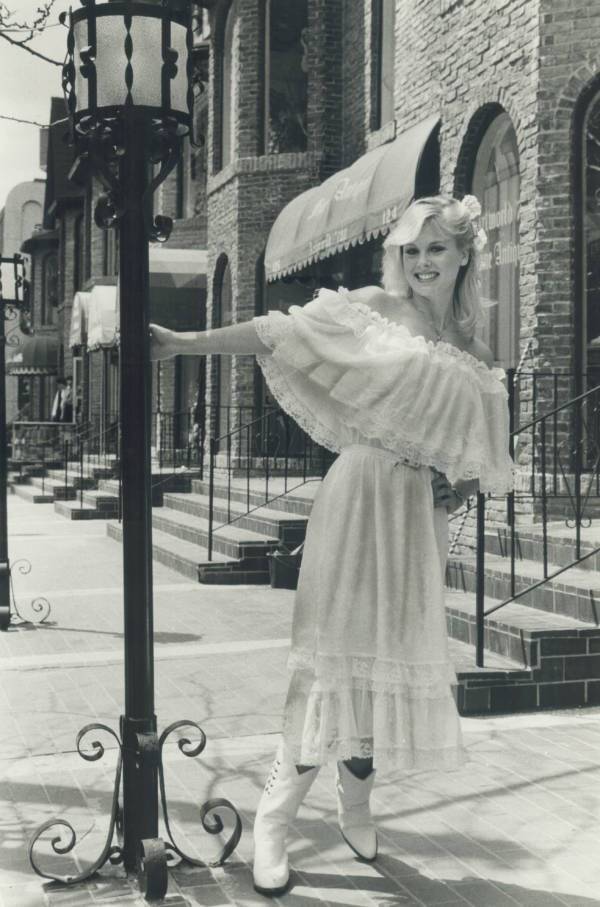 Paul Snider and a friend went to an East Vancouver Dairy Queen in early 1978. Behind the counter stood Dorothy Hoogstraten. She was very tall, lithe, blonde, and gorgeous. He called her beautiful, she welcomed his advances as a shy young woman waiting to break out of her shell.

Despite her good looks, Hoogstraten only had one boyfriend by the time she was 18. Snider sought to change that. The friend recalled Snider’s reaction to her, “That girl could make me a lot of money,” and that she did — for a short time.

Dorothy saw a strong man in Paul Snider. He was nine years older than her when they met. He was street-smart, she was girl-next-door gorgeous but with a broken past much like Snider’s — her father left the family when she was young and there wasn’t a lot of money. 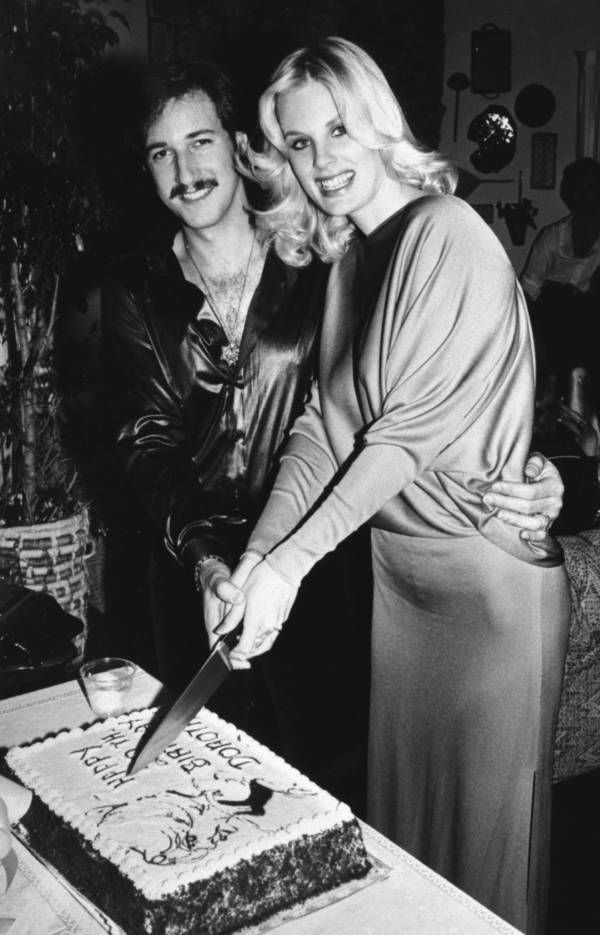 Getty Images Dorothy Stratten with her husband and murderer, Paul Snider, in 1980.

Snider wooed her with a topaz and diamond ring. Then he charmed her with fancy home-cooked dinners with fine wine in his posh apartment with skylights. He had experience with women like this before, and ones he’d tried to groom for Playboy, though none would prove successful like Hoogstraten.

In August of 1978, Dorothy Hoogstraten boarded a plane for her first test shots in L.A. By August 1979, she was Playmate of the Month. The Playboy organization changed her last name to Stratten and saw to everything from her acne and daily exercise to her housing.

There seemed to be no limits on her career from here. She earned parts in film and TV, attracted production and talent agencies alike — and Paul Snider sought to profit from all of this at any cost.

The Marriage Of Paul Snider And Dorothy Stratten Turns Sour 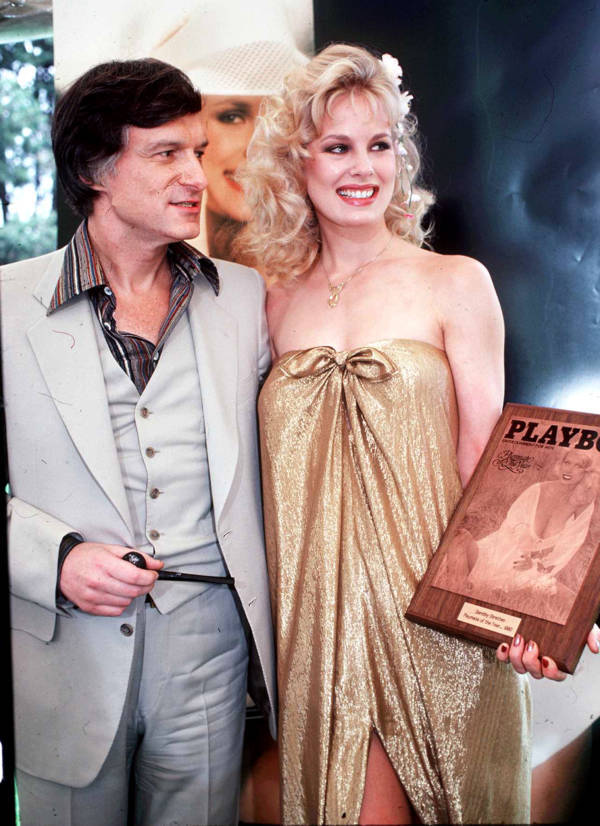 Paul Snider constantly reminded Dorothy Stratten that the two had a “lifetime bargain” and persuaded her to marry him in Las Vegas in June of 1979, just 18 months after meeting her.

Stratten was willing, saying that she “can’t ever imagine myself being with any other man but Paul,” but the relationship was far from truly mutual. Snider never let his wife control much of anything. His dreams for his wife were really his dreams for himself: He wanted to ride on the coattails of her burgeoning fame.

The couple rented a posh apartment in West L.A. near the Santa Monica Freeway. But the honeymoon phase didn’t last. Then came the jealousy.

Dorothy Stratten made frequent visits to the Playboy Mansion, the home of Hugh Hefner. She was named Playmate of the Year in 1980.

“I said to her that he had a ‘pimp-like quality’ about him.”

By that January, Stratten’s career was taking her further from the likes of Snider. When she starred in the comedy They All Laughed alongside Audrey Hepburn, Stratten’s life seemed to have taken a turn both for the better — and ultimately, worse.

The film was directed by Peter Bogdanovich, a man whom Stratten had met in October of 1979 at a roller disco party. Instantly smitten, Bogdanovich wanted Stratten in the movie — and more. Filming started in March and wrapped in mid-July and for those five months, she lived in Bogdanovich’s hotel suite and later, his home.

The Murder Of Dorothy Stratten

Even though she was in love with her director, Dorothy Stratten felt guilty about leaving Paul Snider in the lurch. Snider made her uncomfortable, but Stratten remained loyal to caring for him. She was determined to take care of him financially — which would become her final undoing. 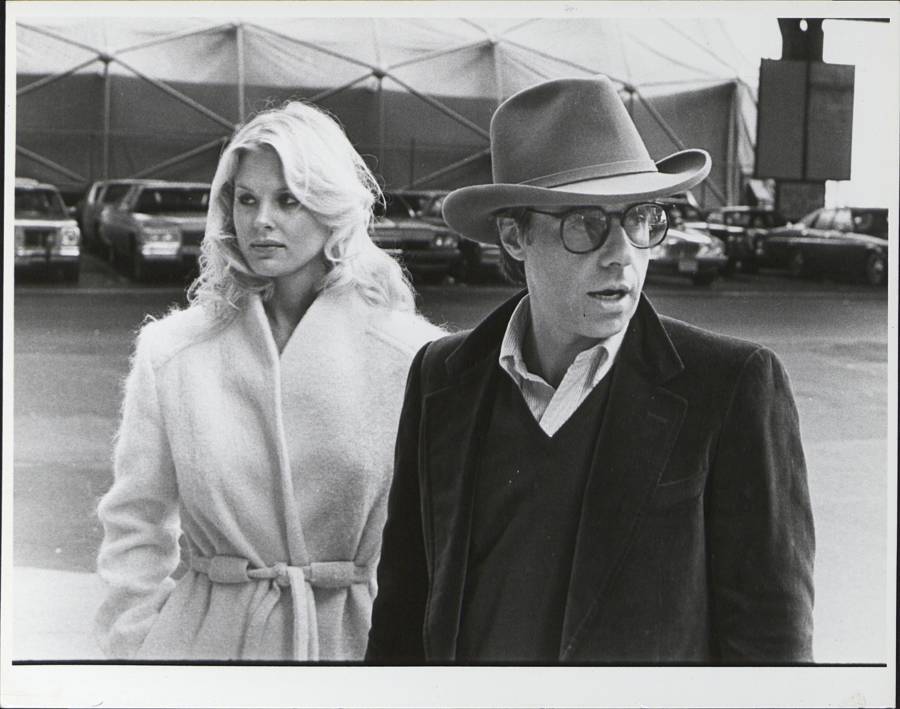 Getty ImagesDorothy Stratten with director Peter Bogdanovich, with whom she had an affair in 1980.

Even Hefner, who considered himself a father figure to Dorothy Stratten, did not approve of Snider and wanted to see the starlet leave him behind. Stratten had been successfully coming face-to-face with her estranged husband by the summer of 1980 until her mother’s wedding in Canada called her back home. There, Stratten agreed to meet with Snider. Afterward, Paul Snider would receive a formal letter from Stratten declaring them separated both financially and physically.

But Dorothy Stratten was not so cold as to forget Snider entirely. She did agree to meet with him for lunch on Aug. 8, 1980, in Los Angeles. The lunch ended in tears and Stratten admitting that she was in love with Bogdanovich. She took her things from the apartment she shared with Snider and left for what she thought was the last time.

Five days later, Stratten agreed once more to meet Snider in their old home to work out a financial settlement. It was 11:45 a.m. when she parked outside their apartment. They were not seen again until midnight.

Paul Snider had killed his wife before turning the gun on himself. The coroner said Snider shot his estranged wife through the eye. Her beautiful face, that which was making her famous, had been blown off. But forensics were inconclusive because there was so much blood and tissue on Snider’s hands. By some accounts, he raped Stratten after her death, judging by the bloody handprints smeared all over her body.

“There is still a great tendency… for this thing to fall into the classic cliché of ‘smalltown girl comes to Playboy, comes to Hollywood, life in the fast lane,'” Hugh Hefner said after the murder. “That is not what really happened. A very sick guy saw his meal ticket and his connection to power, whatever, slipping away. And it was that that made him kill her.”

After this look at the tragic demise of rising star Dorothy Stratten at the hands of her husband Paul Snider, read up on supermodel Gia Carangi, another life taken too soon. Then, learn the story of Audrey Munson, America’s first supermodel.