The Disturbing Story Of Steve Banerjee, The Murderous Founder Of Chippendales

In 1979, Steve Banerjee created the world's most famous male stripper troupe — then put a hit out for anyone who got in the way of his success. 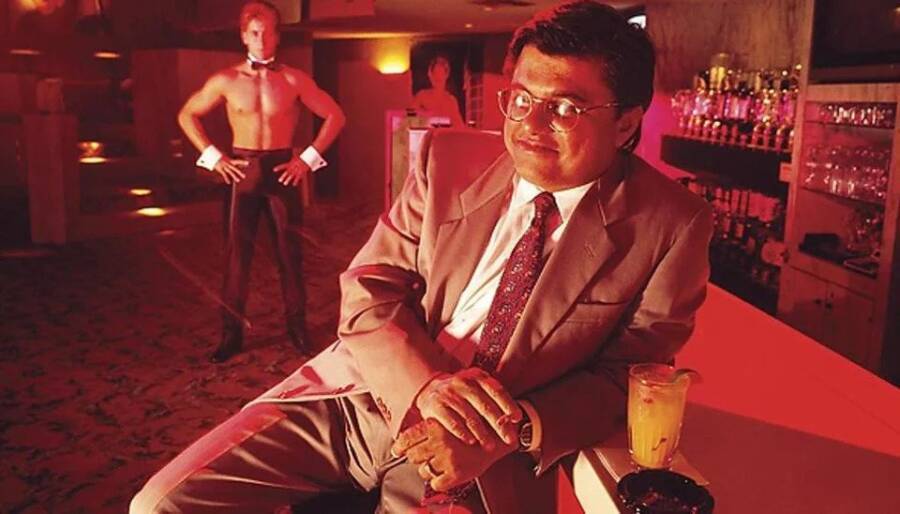 At first glance, Steve Banerjee looked like an American success story. An immigrant from India, he had turned a failing Los Angeles bar into a cultural phenomenon by rechristening it Chippendales and promoting male exotic dancers. But Banerjee’s success came at a price.

Known for his ruthless determination to succeed, Banerjee did whatever it took to make Chippendales thrive — even when that meant resorting to arson and murder. In the 1980s and 1990s, he not only hired people to firebomb his competitors, but he also enlisted hitmen to take out his rivals.

This is the story of Steve Banerjee and the grisly Chippendales murders.

The Rise Of Somen “Steve” Banerjee

Born in 1946 or 1947 in Mumbai, India (which was then known as Bombay), Somen “Steve” Banerjee took a long time to climb to the top. He moved to the United States in the late 1960s, where he worked for Mattel, operated a gas station, and even oversaw a failed backgammon club.

But Banerjee’s luck changed in the 1970s. Then, he bought a Los Angeles club called Round Robin — later known as Destiny II — and began to plot its success. At the advice of promoter Paul Snider, Banerjee decided to launch an all-male exotic dance show aimed at women. He named it Chippendales after the club’s wooden furniture and plastered L.A. with fliers.

“Chippendales presents MALE EXOTIC DANCERS,” the posters declared, according to VICE. “Ladies Only will be admitted during this show.”

After some missteps — three customers and three dancers were arrested for “lewd acts” during a police raid in 1979 — the Chippendales show became a massive success. Banerjee and his business partner, Bruce Nahin, encouraged the scantily clad dancers to cater directly to the female audience, even pouring their drinks and lighting their cigarettes. 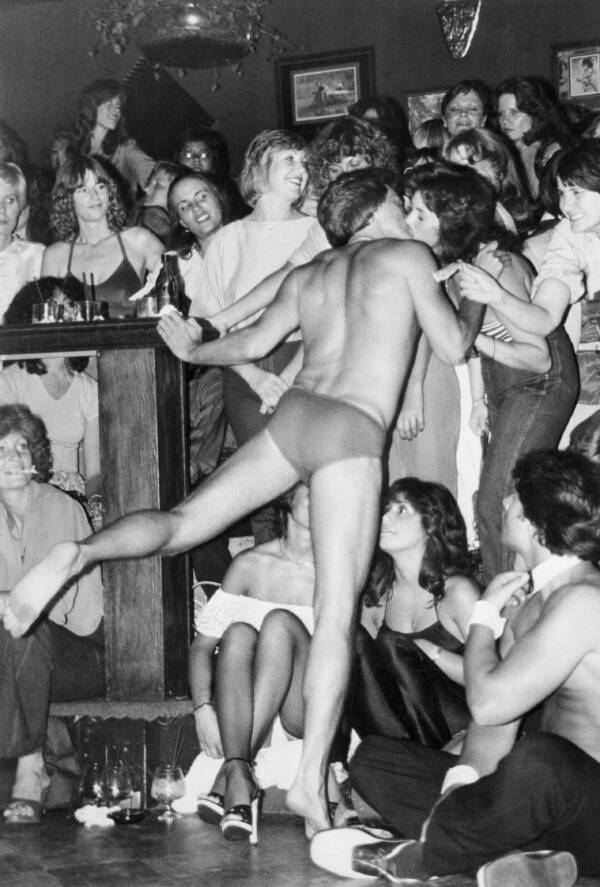 Steve Banerjee even marketed Chippendales as a sort of feminist revolution, telling the Los Angeles Times that his show was “enhancing the cause of women’s lib, by providing a place where women can go and look at men.”

Though male dancers, he noted on a separate occasion, “worried about their image,” no one could deny Chippendales’ success. In the early 1980s, the show attracted up to 15,000 customers per month. Meanwhile, Banerjee had also married his wife, Irene, with whom he would have two children.

But Steve Banerjee’s outward bliss masked his deep insecurities about his business. In 1979, just as Chippendales was first getting off the ground, he hired someone to burn down Moody’s Disco, a rival nightclub. Five years later, he tried to do the same at the Red Onion restaurant and bar.

And in the coming years, Banerjee would prove his willingness to go much, much further than arson in order to kneecap his rivals.

Inside The Brutal Chippendales Murders

But Banerjee quickly became resentful of De Noia’s success. He suspected that De Noia was withholding touring profits from him. And he also resented that De Noia seemed to get public credit for Chippendales. 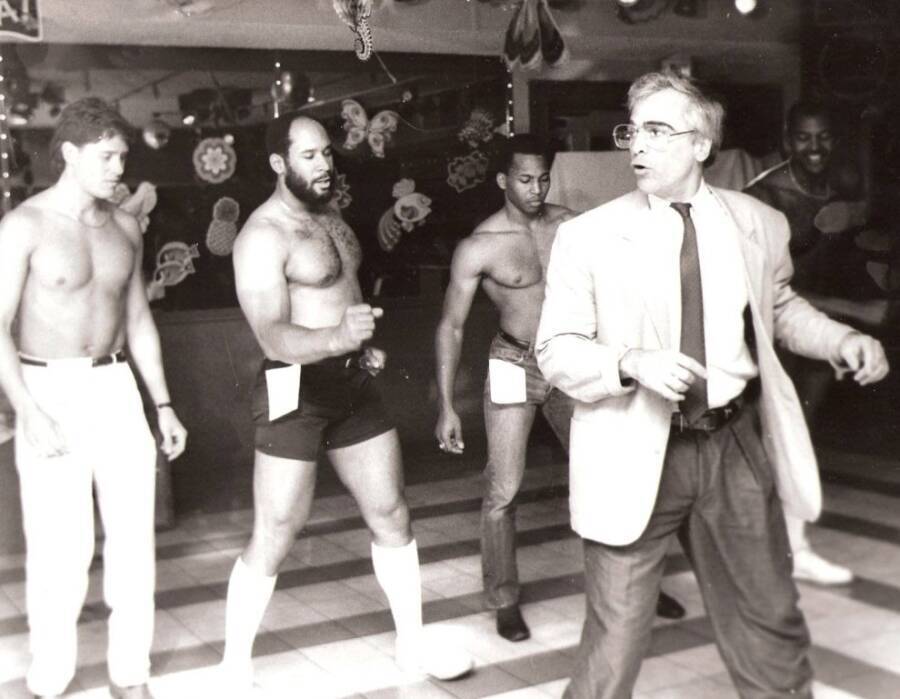 In 1987, Steve Banerjee decided to take drastic action. According to ABC News, he hired a man named Ray Colon to kill De Noia. Colon outsourced the job to a man named Gilberto Rivera Lopez, who walked into De Noia’s 15th-floor New York City office and shot him dead on the spot.

As Mayeron later wrote in Elle, “there wasn’t a scintilla of doubt in my mind” that Banerjee was behind the murder. But after De Noia’s death, not much changed. Banerjee even bought back the touring rights from De Noia’s family.

Indeed, Steve Banerjee might have gotten away with De Noia’s murder completely — if he hadn’t tried to kill more of his rivals.

The Shocking Downfall Of Steve Banerjee 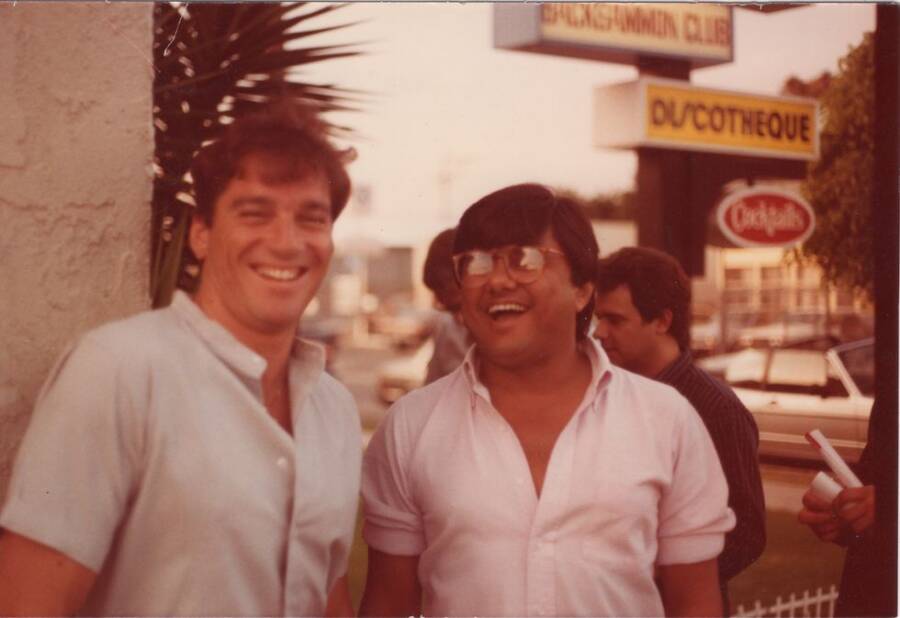 For years, Chippendales had been the only game in town. But by the early 1990s, other male strip clubs had begun to pop up. And some Chippendales employees flocked to some of these other opportunities.

“They were directly now competing with Chippendales,” explained FBI agent Scott Garriola, who investigated Banerjee. “So what would you expect Banerjee to do when he has a competition? He wanted these people killed.”

In 1991, Banerjee reached out to Colon again. This time, he wanted him to take down a number of ex-employees who’d gone to work for a rival troupe called Adonis in London. Just like in the De Noia murder, Colon outsourced the job. But this time, his hitman got cold feet — and went to the FBI.

The would-be hitman, who was known only as “Strawberry,” informed an agent of the plot: Colon had instructed Strawberry to inject a number of Banerjee’s former Chippendales associates with cyanide, including dancers Read Scot and Michael Fullington, and the producer Steve White.

“[Colon] gave him an eyedropper bottle full of cyanide,” said Garriola. “[Strawberry] took all this, he flew over there [to England], got cold feet.”

The FBI searched Colon’s home, where they found enough cyanide to kill 230 people. Colon then languished behind bars for seven months — until he finally agreed to help the FBI agents take Banerjee down.

But Banerjee — with his strong instincts for self-preservation — was difficult to corner. He was also highly suspicious of Colon, who he knew had spent time in prison. As such, when Banerjee and Colon met in June 1992, Banerjee refused to answer any of his questions directly. Instead, he wrote down his answers on Post-it notes and instantly flushed them down a toilet.

It wasn’t until Colon convinced Banerjee that he was a fugitive on the run that Banerjee began to open up. He met Colon at a hotel room in Zurich, Switzerland, and discussed the Chippendales murders — completely unaware that FBI agents were listening from the room next door. 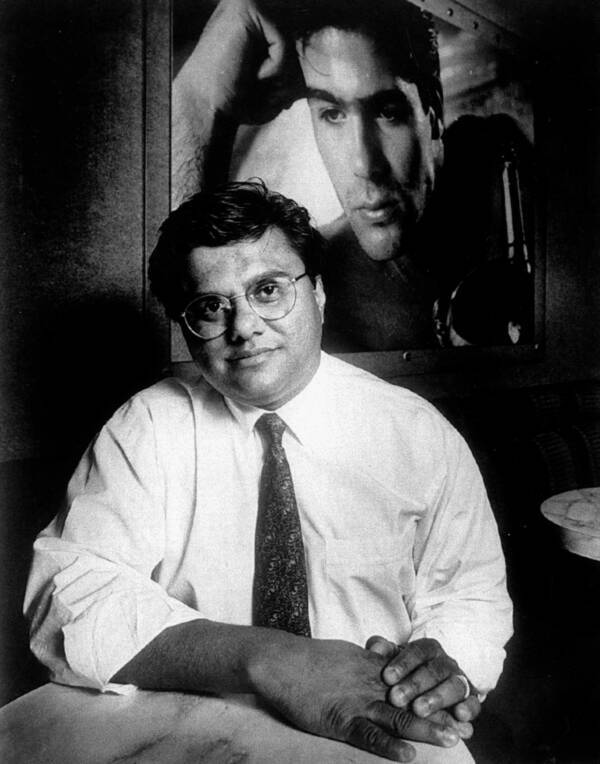 TwitterSteve Banerjee sought to kill a number of his ex-employees with cyanide.

“[Banerjee asked] if the FBI had mentioned anything to Colon ‘about the D.’ That’s what was the code word that they used… for De Noia’s name,” Garriola said. “And then Banerjee asked Colon, ‘Do they know that I gave you the money to buy the guns?'” By that point, the FBI did indeed know that Banerjee had given Colon $500 to buy guns to kill De Noia.

“We hear Banerjee confess to his complicity in hiring Ray Colon for the murder of DeNoia,” Garriola continued. “They talk about the attempted murders of Read Scot and other dancers.”

Finally, the agents had enough to arrest Steve Banerjee. They took him into custody in September 1993 and charged him with De Noia’s murder, hiring hitmen, and violating the federal Racketeer Influenced and Corrupt Organizations Act (RICO). And he pleaded guilty to his crimes.

But on the day before Steve Banerjee’s sentencing in 1994 — he faced 26 years in prison — he took his own life in his cell. He was in his late 40s.

“I felt cheated,” Mayeron said. “[Big] time.” Scot agreed: “[Banerjee] didn’t get the punishment he deserved. He didn’t serve the time for Nick De Noia, for destroying lives, for trying to kill people. He got out easy. He was a coward.”

But Steve Banerjee’s son, Christian, has a different take on his father’s death. “My dad signed over Chippendales to the FBI. Why would you wait eight months after and then kill yourself?” he said. “Obviously it was murder.”

Could Steve Banerjee have been the final victim of the Chippendales murders? It seems doubtful — the executive to the warden reported that he’d hanged himself with a bedsheet. And Banerjee himself allegedly said that he’d “leave the country or kill himself” before he went to prison.

But what is certain is that Banerjee’s death marked a sad, shocking end to his life. Though he’d once seemed the ultimate representation of the American dream, within Steve Banerjee’s rise lurked a nightmare.

After reading about Steve Banerjee and the Chippendales murders, look through these surprisingly dark truths about Steve Jobs and Apple. Then, go inside the rise of Frederick Trump, Donald Trump’s grandfather.