Scientists recreated the lavish House of the Greek Epigram, then used virtual reality to see how people interacted with it so they could better understand Roman design. 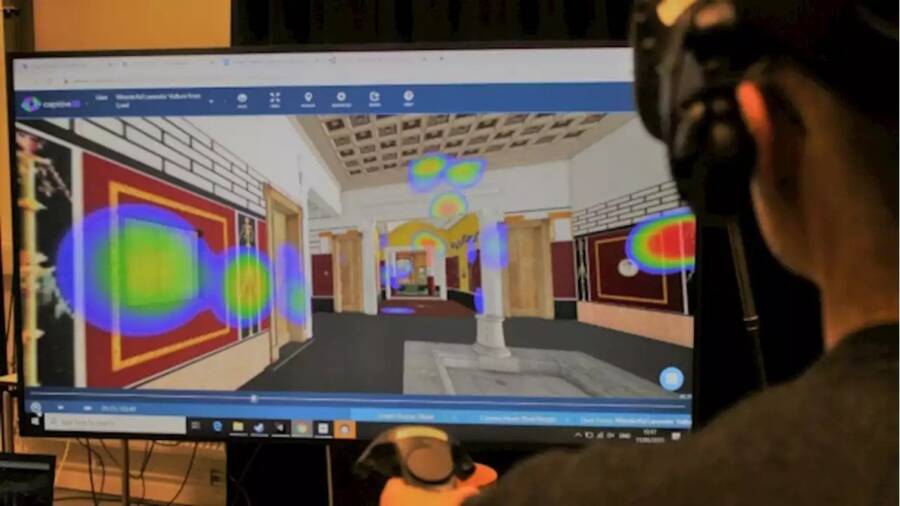 In 79 A.D., ash from Mount Vesuvius surged across Pompeii, indiscriminately killing thousands and preserving large chunks of the town. Now, researchers have reconstructed one of Pompeii’s most elaborate mansions using virtual reality technology to see how visitors might have interacted with it.

In collaboration with the Pompeii project, scientists from Lund University in Sweden created a virtual reconstruction of the so-called House of the Greek Epigrams. According to Haaretz, the sprawling mansion earned its name because one of its many colorful frescoed rooms featured text from Greek poems and scenes from ancient myths.

Their goal was to understand the motivations behind the construction of the house. To that end, the scientists used data from a related Lund University mapping project that seeks to digitally reconstruct a Pompeii neighborhood, descriptions of the house from its 19th-century excavation, and other information about Roman architecture.

In a study published in the journal Antiquity, the scientists describe how they imported their model of the two-story, almost 7,000-square-foot mansion into the video game engine Unity, which has been used for the augmented reality game Pokemon Go.

Then, they had people “walk” through the house in virtual reality and tracked their eye movement to see which features of the house drew the most attention. 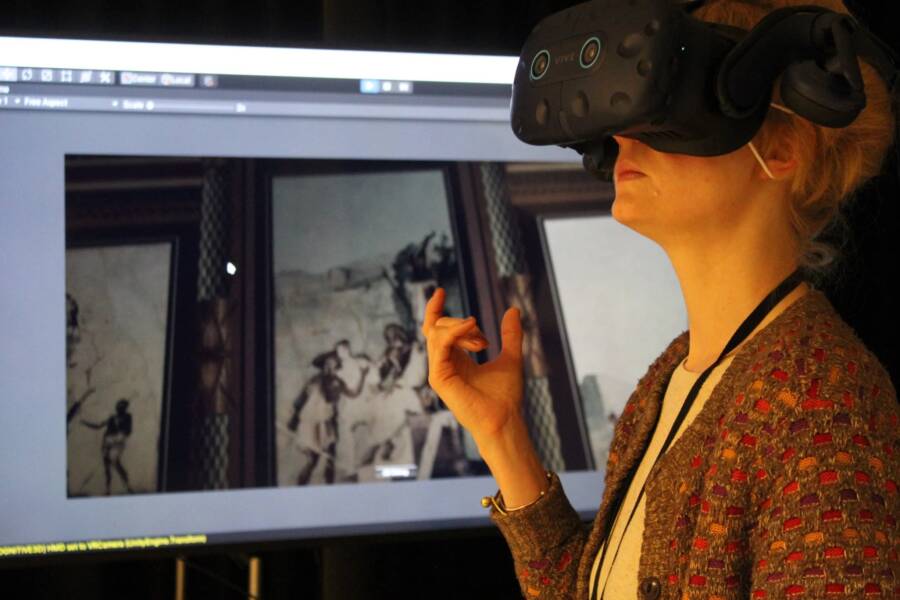 Danilo Campanaro and Giacomo Landeschi/AntiquityResearchers used spatial analysis and eye tracking to see what people looked at while exploring the house virtually.

“Work and daily activities were intermingled during the day. The house communicated to people about the personal power and status of the owner and his family,” explained Danilo Marco Campanaro, a Ph.D. candidate from Lund University and co-author of the research, according to The Daily Mail.

“The results of this study show how the owner of the house stimulated the visitor’s senses to convey a message about its power and wealth.”

As Campanaro and his co-author, Giacomo Landeschi, explained to Haaretz, the house had dual purposes. The general public would have only interacted with the outer part of the house, whereas guests of the family would have been allowed inside.

As such, the exterior of the house likely displayed “respect for Roman traditions” like images of the family’s Lararia, or guardian deities. The inside, however, had more Greek imagery, a nod to the Romans’ somewhat illicit interest in all things Greek.

And by tracking what people looked at as they “explored” the house in virtual reality, Campanaro and Landeschi could see what objects, areas, and frescoes drew people in the most. 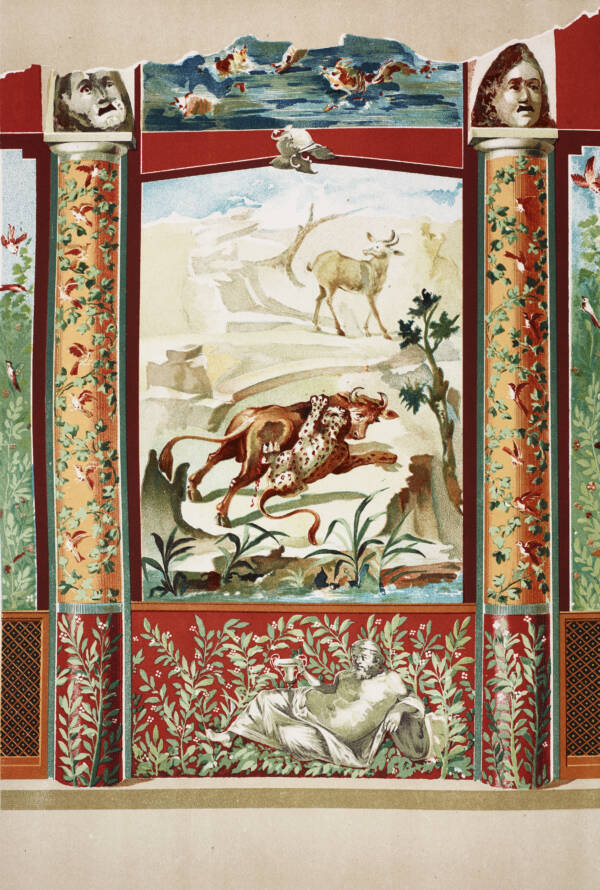 Icas94/De Agostini via Getty ImagesA fresco painting of a leopard hunting a bull in the viridarium of the House of the Greek Epigrams.

Though the Lund University study has shone some light on how people interacted with the House of the Greek Epigrams, mysteries about this Pompeii mansion remain. Excavated in the mid-1870s, the house offered up a treasure trove of 160 Roman artifacts, including silverware, jewelry, and musical instruments.

However, researchers aren’t 100 percent sure who owned this luxurious mansion, according to Haaretz. They did find a ring with the signet of Lucius Valerius Flaccus — possibly a member of the patrician Valerii family — but note that it’s impossible to know if Flaccus dropped the ring during a visit or if he actually owned the house.

In any case, the House of the Greek Epigrams may be just the first used by scientists to better understand why Romans constructed the homes the way they did and how their visitors interacted with them.

“This research has shown that it is possible to collect, quantify and analyze data concerning the visual experience within a virtually reconstructed Pompeian house,” Campanaro and Landeschi noted.

“Findings from this newly developed work pipeline may greatly benefit future studies on views and viewing in the Roman house, and the socio-political conditioning of senses as a mode of display for status and power in the ancient domestic realm.”

Next, they hope to go beyond studying how people visually interacted with ancient houses. In addition to what ancient Roman guests saw, the scientists hope to recreate what they heard and even smelled.

“The next step in this study could be to overlap the results with multisensory research that includes olfaction and auditory involvement,” explained Landeschi.

In that way, they’re bringing Pompeii — a town frozen by time — back to life.

After reading about the reconstructed Pompeii mansion, discover the story of the stunning chariot found in a Pompeii villa. Or, look through these shocking photos of bodies in Pompeii, frozen in time after Mount Vesuvius erupted.