The Macabre True Story Of Edward Paisnel, The Beast Of Jersey

Edward Paisnel committed more than a dozen rapes and assaults in the Channel Islands between 1957 and 1971, cementing his place in the annals of true crime as the “Beast of Jersey.”

For over a decade, residents of the remote Channel Island of Jersey feared finding a masked intruder in their homes. There were no alarm systems at the time and hardly any policemen at hand. Home telephones were easily destroyed by a cut of the cord. It was as such, that over a dozen women and children met a faceless shape that came to be known as the “Beast of Jersey.”

With a mask that resembled molten skin, the emotionless shape stalked, raped, and sodomized more than 13 people between 1957 and 1971. Perhaps most disturbing was what police discovered beneath the mask: a normal-seeming family man. 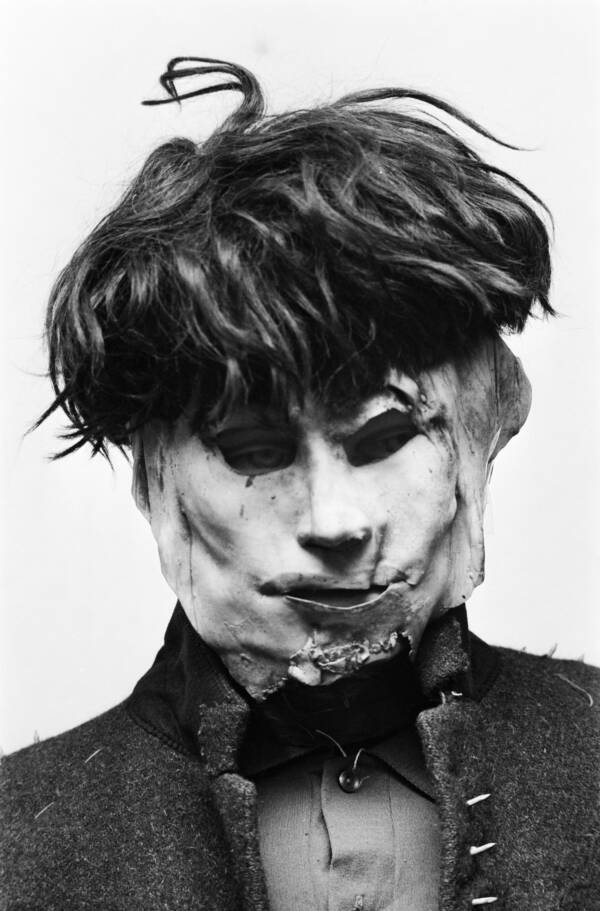 Edward Paisnel was 46 years old. He had no violent history and lived with his wife Joan and her children. He had even dressed as Santa Claus for foster home orphans at Christmas. After 14 years of assaults and a taunting letter to police, he was finally caught by mere chance — leaving evidence of Satanism in his wake.

Edward Paisnel was born in 1925. While the exact date and location of his birth are unclear, the Brit came from a family of means. He was barely a teenager when the United Kingdom declared war on Germany in 1939 and was at one point briefly imprisoned for stealing food to give to starving families. 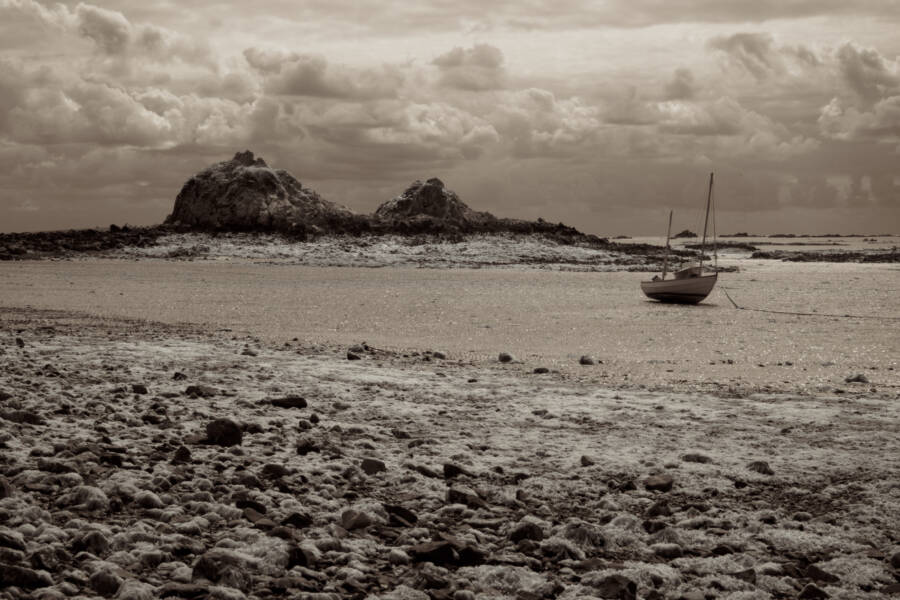 Paisnel’s crimes began in early 1957, long before he garnered his infamous moniker or donned the Beast of Jersey mask. With a scarf over his face, the 32-year-old approached a young woman waiting for a bus in the Monte a L’abbe district and tied a rope around her neck. He forced her to a nearby field, raped her, and fled.

Targeting bus stops and using isolated fields became his modus operandi. Paisnel assaulted a 20-year-old woman in the same manner in March. He repeated this in July, then again in October 1959. All of his victims described their attacker as having a “musty” stench. Within a year, that smell wafted into homes.

It was Valentine’s Day 1960 when a 12-year-old boy awoke to find a man in his bedroom. The intruder used a rope to force him outside and into a nearby field to sodomize him. In March, a woman at a bus stop asked a man parked nearby if he could give her a ride. It was Paisnel — who drove her to a field and raped her.

He targeted a 43-year-old woman’s remote cottage next. She was awoken by alarming noise at 1:30 a.m. and tried calling the police, but Paisnel had cut the phone lines. Though he violently confronted her, she was able to escape and find help. She returned to find him gone, and her 14-year-old daughter left behind raped.

The Beast Of Jersey Continues His Rampage

Paisnel began exclusively targeting children at this point, invading a 14-year-old’s bedroom in April. She awoke to find him watching her from the shadows, but screamed so loud that he fled. An 8-year-old boy in July, meanwhile, was taken from his room and raped in a field only for Paisnel himself to walk the boy back home.

It took long enough, but police began questioning all residents with criminal records. With 13 of them including Paisnel refusing to provide fingerprints, the suspect list had narrowed. Police believed a fisherman named Alphonse Le Gastelois was their man, although the only evidence they had was that he was a known eccentric.

With Le Gastelois’s image plastered across the newspapers, vigilantes soon burned down his house. Le Gastelois left the island for good, with the Beast of Jersey’s attacks resuming thereafter — and three more children being raped and sodomized by the mask-wearing psychopath by April 1961.

And meanwhile, Paisnel was volunteering at community homes — with children in his care. He and his wife even took some of the children in, with Paisnel accused of abusing both the staff and orphans he was asked to assist. While none of it was ever reported, Scotland Yard finally began to help local police with a profile of their suspect.

The rapist was estimated to be between 40 and 45 years old, five feet and six inches tall, wearomg either a mask or scarf. He smelled terrible and attacked between 10 p.m. and 3 a.m. He invaded homes through bedroom windows and used a flashlight. Curiously, the Beast of Jersey soon vanished — only to return in 1963.

After two years of radio silence, the Beast of Jersey resurfaced. Between April and November 1963 he raped and sodomized four girls and boys he had snatched from their bedrooms. While he yet again disappeared for another two years, a letter appeared at the Jersey police station in 1966, taunting police. 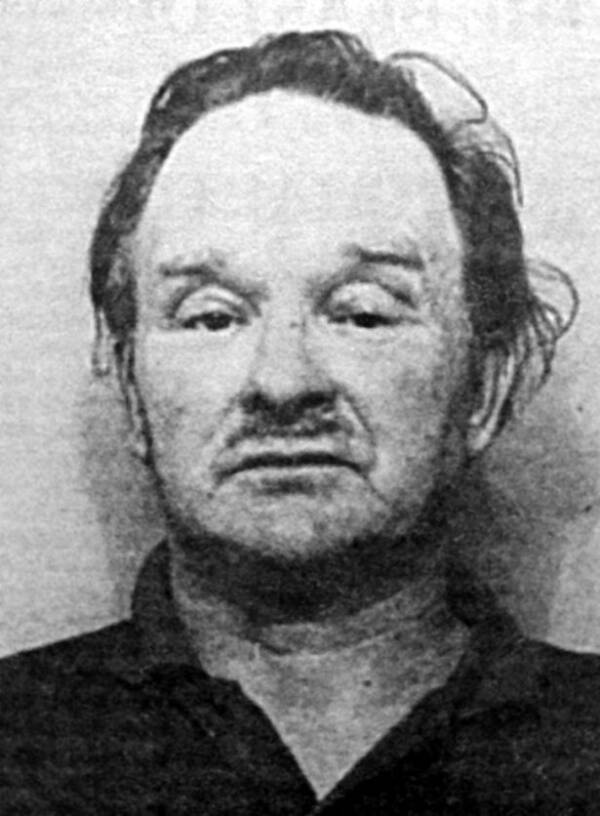 Wikimedia CommonsPaisnel was released in 1991 but died of a heart attack in 1994.

It chastised investigators for being incompetent while proudly proclaiming that the author had committed the perfect crime. It also stated that this wasn’t satisfying enough and that two more people would be victimized. That August, a 15-year-old girl was snatched from her home, raped, and covered in scratches.

The same exact thing happened to a 14-year-old boy in August 1970 — and the boy told police the attacker wore a mask. Fortunately, the Beast of Jersey mask would never be donned again, as 46-year-old Paisnel was pulled over for running a red light in a stolen car in the St. Helier district on July 10, 1971.

A search of his home yielded a hidden room with photographs of local properties, a sword, and an altar covered with books on the occult and black magic. Paisnel’s trial began on November 29. It took a mere 38 minutes of deliberation for the jury to find him guilty.

Convicted of 13 counts of rape, sexual assault, and sodomy against six of his victims, he was sentenced to 30 years in prison. Disturbingly, Edward Paisnel was released for good behavior in 1991, but died of a heart attack three years later. To this day, evidence of his abuses at various children’s homes continues to surface.

After learning about Edward Paisnel and his terrifying “Beast of Jersey” crimes, read about the serial rapist behind the Central Park jogger case. Then, learn about Dennis Rader — the BTK Killer who would bind, torture, and kill his victims.