Twelve years after he let a group of Black teenage boys take the fall for his heinous attack on Trisha Meili, Matias Reyes confessed, finally exonerating the Central Park Five. 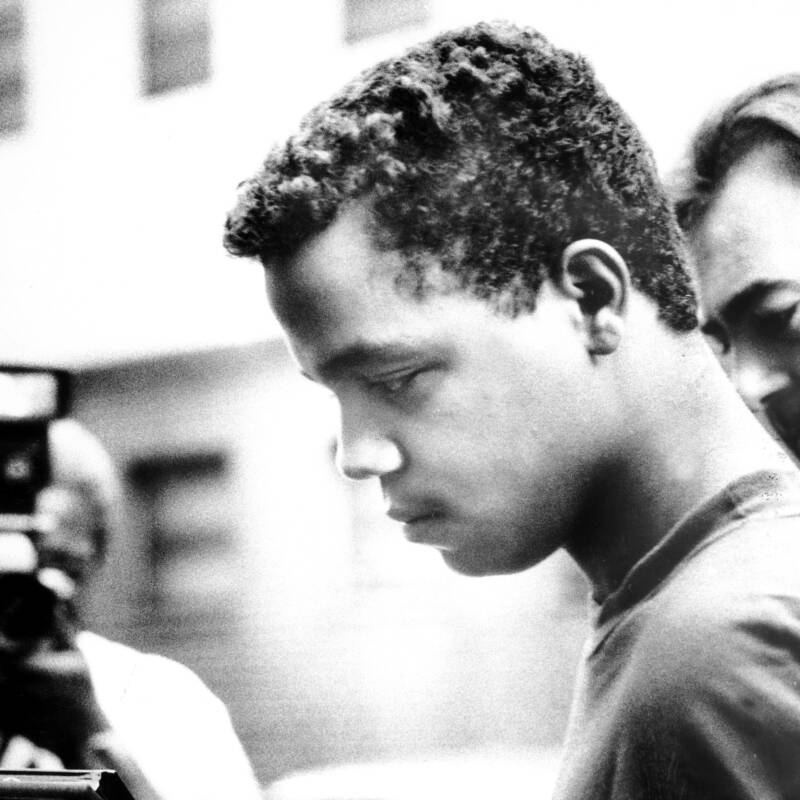 Getty ImagesMatias Reyes was serving a 33.5-year sentence for an unrelated crime when he admitted to being behind the Central Park Jogger case.

When a 28-year-old investment banked named Trisha Meili was found raped and beaten into a coma while jogging in Central Park in 1989, cops frantically searched for suspects. They found them in the Central Park Five: Black teenagers Korey Wise, Antron McCray, Raymond Santana, Kevin Richardson, and Yusef Salaam.

The young group was coerced into confessing to a crime they didn’t commit, demonized by the press, and imprisoned. It took 12 years for the true culprit to come forward: Matias Reyes.

A first-generation Puerto Rican, Matias Reyes was living out of his van when he attacked Meili. A Harlem bodega clerk by day, Reyes was a serial rapist by night. He was eventually convicted of an unrelated murder, and while serving life in prison, confessed to the rape of Meili, exonerating the Central Park Five after some of them had served over a decade behind bars.

Netflix’s When They See Us docuseries chronicles how the standardization of DNA evidence and the confession of Matias Reyes paved the way for the 2002 exoneration of those five boys.

When asked why he finally came clean, Reyes responded, “It was the right thing to do.”

The Heinous Crime Matias Reyes Got Away With 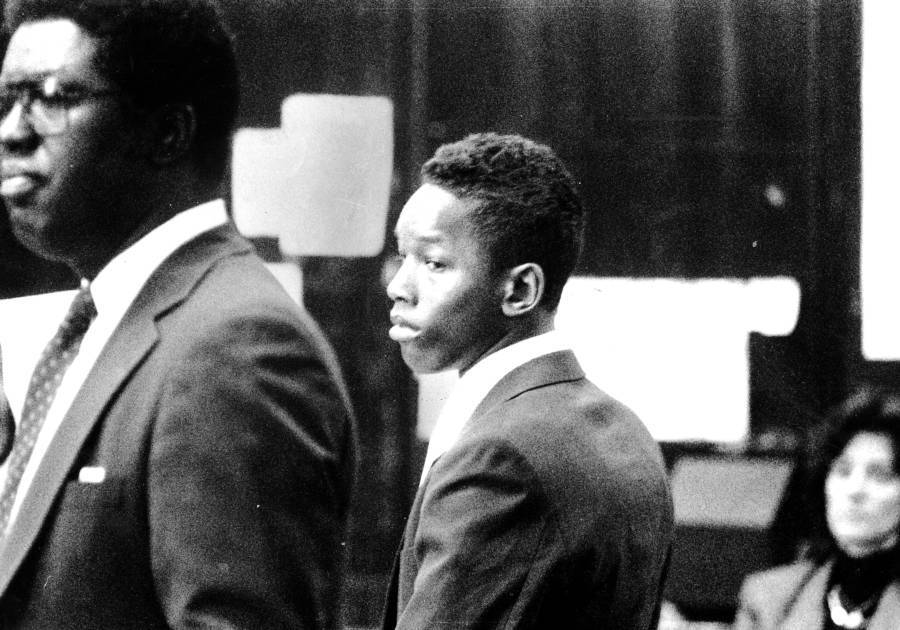 Sometime between the hours of 9 and 10 p.m. on April 18, 1989, Trisha Meili was raped and beaten almost to death in Central Park. Her half-naked and blood-soaked body was found by passersby over four hours later.

Doctors initially claimed that she would almost certainly die of her injuries. Her skull was fractured, she was hypothermic, and she had lost 75 percent of her blood.

Meanwhile, 14-year-olds Raymond Santana and Kevin Richardson were detained for “unlawful assembly” at the Central Park police precinct during the hours in which Meili was attacked. According to authorities, a group of 30 to 40 teens had been found harassing and assaulting locals, with Santana and Richardson arrested in the chaos.

They were still detained when Meili was found near death hours later.

The media frenzy surrounding her death was instantaneous, and the NYPD knew the case would explode at dawn, so they sought to make a series of promising arrests. Thus, on April 20, they detained 15-year-olds Yusef Salaam, Antron McCray, and 16-year-old Korey Wise.

Footage of the Central Park Five in court in 1989.

Santana later recalled being threatened with life in prison if he didn’t confess to attacking Meili, even though he said he didn’t even know who she was nor what happened to her. Though they were innocent, the police berated the five boys with interrogation. Between 14 and 30 hours of sleep deprivation, the teens were forced to confess to a crime they knew nothing of.

While the five teenagers immediately retracted their statements, it was too late. It would take another 12 years for them to be freed from this criminal trap.

His Many Violent Crimes Across New York 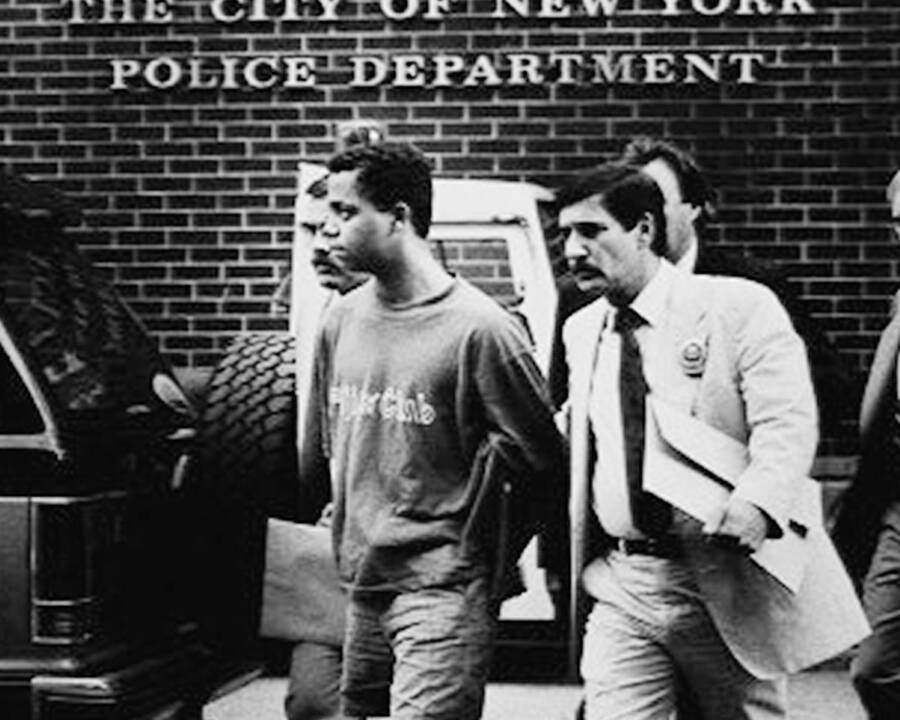 The life of Matias Reyes was fraught with trauma from the very beginning. According to an interview between him and a prison psychologist, he was born in Puerto Rico in 1971, and he moved to New York City with his mother as an infant.

He was then allegedly sold to his father for $400 when he was two years old. When he was seven, he claimed two older kids sexually molested him and threw him into a river.

“Even as a child growing up in the school system, he exhibited violent behavior,” said Richard Siracusa, Reyes’ attorney. “To the average person, he would seem perfectly normal, but he was far from normal.” 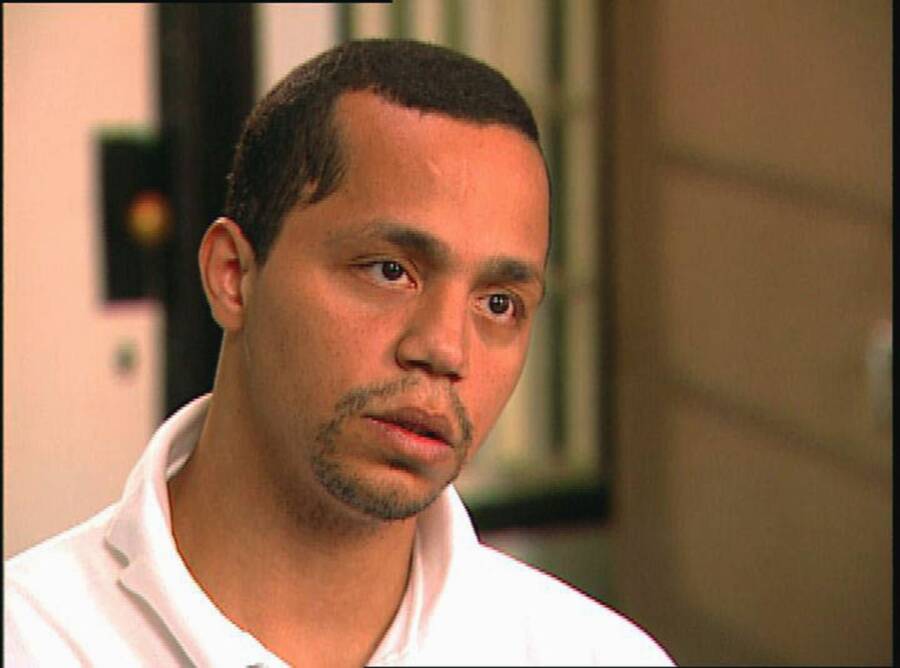 YouTubeMatias Reyes in a 2002 interview with authorities in which he confessed to being the Central Park rapist.

Matias Reyes was barely 17 years old when he first attempted to rape someone. He was talked out of it by his 27-year-old target, Jackie Herbach, who he was holding at knifepoint. His next known rape attempt fell on April 17, 1989 — two days before Trisha Meili’s fateful jog — and in the same park.

Reyes attacked an unsuspecting 26-year-old woman and beat her into a prone position to sexually assault her, but he fled when a passerby spotted him. Then, he attacked Meili that April night in 1989.

The Central Park Five, meanwhile, were brought to two separate trials that culminated in their imprisonment in October 1990.

Determined to lay low as a result of the enormous spectacle his attack on Meili had caused, Reyes didn’t assault anyone again until June when he resumed his spree with a vengeance. 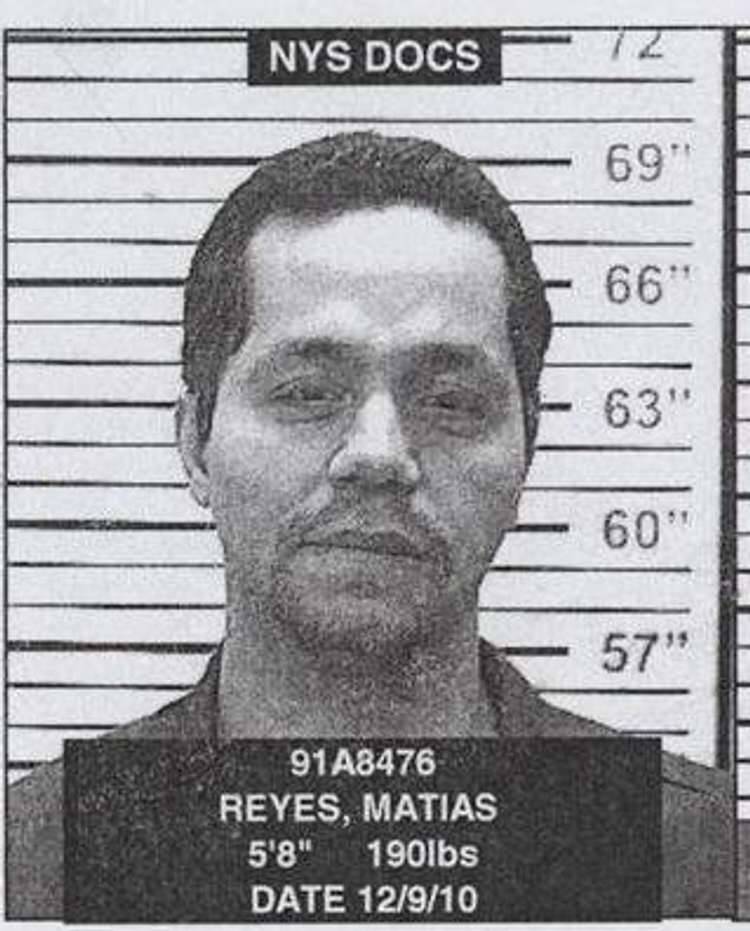 Public DomainReyes in custody in 2010.

This was his only known murder victim, a 24-year-old mother of three named Lourdes Gonzalez. Reyes invaded her apartment, forced her into the bedroom, and shut the door behind them. She was pregnant when he raped her and stabbed her in the belly.

The woman’s three children listened to the entire ordeal through the bedroom door before Reyes fled. Lourdes called 911 but died on the way to the elevator. She had been stabbed nine times, once in the face. One of her sons later recalled hearing Reyes say:

“I’ll take your eyes or your kids.”

On August 5 of that year, four months after he assaulted Meili, Reyes attacked a woman known only as “Meg” by invading her apartment on East 91st Street. Fortunately, she managed to escape to the building lobby in nothing but a towel and receive help.

At last, Matias Reyes was apprehended after two Good Samaritans held him down in the hallway as they waited for the police.

The Confession That Freed The Central Park Five

Matias Reyes confessing in the District Attorney’s office in May 2002.

While booked for the attempted rape and murder of “Meg,” Matias Reyes confessed to the murder of Lourdes Gonzalez.

According to the detective who interrogated him for six hours, Mike Sheehan, Reyes denied raping Gonzalez and instead chillingly claimed that “We made love.” Later, two other victims came forward and confirmed that Reyes had stabbed them superficially in the face before letting them go.

Though Sheehan had more than 20 years of homicide interviews under his belt by this point, he described Reyes as one of the “top five lunatics” he ever sat across from.

Reyes was offered a plea bargain of 33.5 years to life with parole eligibility in December 2002, which he accepted. He was sentenced on Nov. 7, 1991.

Miraculously, he met the Central Park Five’s Korey Wise while incarcerated at two different prisons. They had even gotten into a fight over a prison TV set once.

Though Reyes had kept silent about assaulting Meili during his confession with Sheehan, it appeared as though his encounters with Wise had nudged his conscience. Finally, after 12 years of harboring his secret — Reyes provided investigators with the truth.

“I know it’s hard for people to understand, after 12 years why a person would actually come forward to take responsibility for a crime,” he said. “At first I was afraid, but at the end of the day I felt it was definitely the right thing to do.”

His confession appeared legitimate to authorities. He knew intimate details of the crime scene that only a perpetrator could, and there also the matter of DNA at the scene, which hadn’t matched any of the Central Park Five.

Following Reyes’ confession in January 2002, his DNA was tested against that of the semen collected at the scene. It was a match and finally identified Meili’s attacker for good. Unfortunately, however, the statute of limitations had expired on that crime so he was never formally charged with it.

With his confession and DNA, New York Supreme Court Justice Charles J. Tejada exonerated the Central Park Five on Dec. 19, 2002. Because they had all already served their sentences, Wise having spent the longest time behind bars at 12 years, the only upside was having their criminal record expunged.

After learning about Matias Reyes, read about 11 serial killers you’ve never heard of. Then, learn about the world’s deadliest serial killer, Luis Garavito.