‘Lost’ Sun Temple From 4,500 Years Ago Discovered In Egypt — Beneath A Newer One

The mud-brick temple discovered in Abu Ghurab dates back to the mid 25th century BCE and is likely one of six sun temples mentioned in ancient Egypt inscriptions. 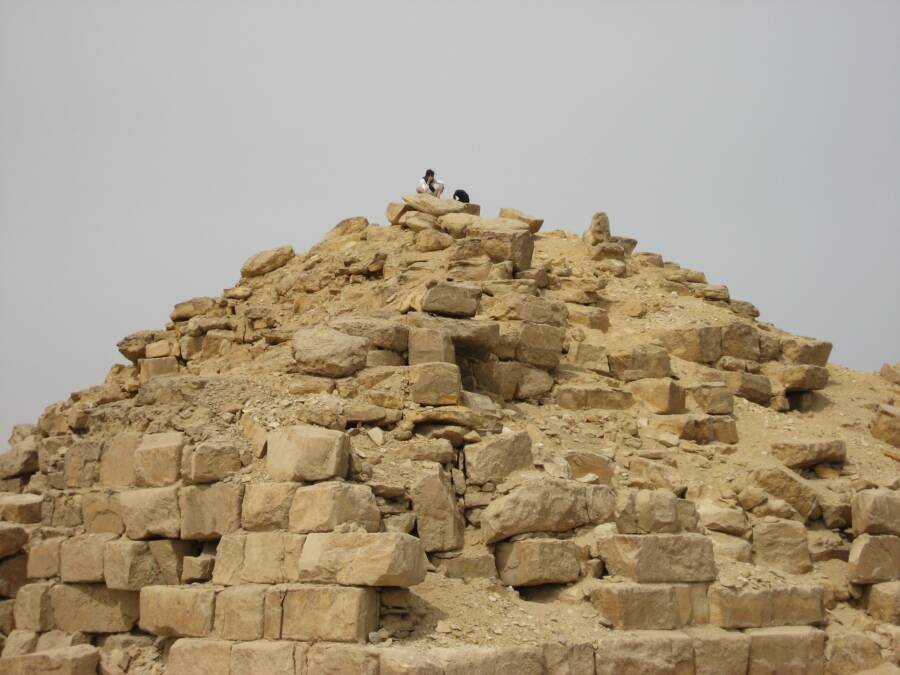 Chanel Wheeler/Wikimedia CommonsThe sun temple of the Egyptian pharaoh Nyuserra covered a much older one.

Thousands of years ago, a great pharaoh in Egypt ordered the construction of a sun temple. But the sands of time — and the political will of his successors — buried it in the desert. Now, archaeologists say they’ve found his “lost” sun temple hidden beneath a more recent one.

Archaeologists from the University of Naples L’Orientale and the Polish Academy of Sciences came across the temple in Abu Ghurab, some 12 miles south of Cairo. They suspect that the temple dates back to the mid-25th century B.C. It’s likely one of six sun temples built during Egypt’s Fifth Dynasty and just the third to be discovered.

The 4,500-year-old temple long lay hidden in plain site: beneath the temple of Nyuserra, a pharoah who ruled Egypt between 2400 and 2370 B.C. Archaeologists discovered Nyuserra’s temple in 1898 but didn’t realize the significance of the mud bricks beneath it.

“The archaeologists of the 19th century excavated only a very small part of this mud bricks building below the stone temple of Nyuserra and concluded that this was a previous building phase of the same temple,” explained Massimiliano Nuzzolo, the co-director of the dig.

Nuzzolo, who is also an assistant professor of Egyptology at the Polish Academy of Sciences’ Institute for Mediterranean and Oriental Cultures in Warsaw, has spent his career looking for Egypt’s sun temples. And he’s fairly sure he’s found one.

“Our finds demonstrate that this was a completely different building, erected before Nyuserra,” he said. 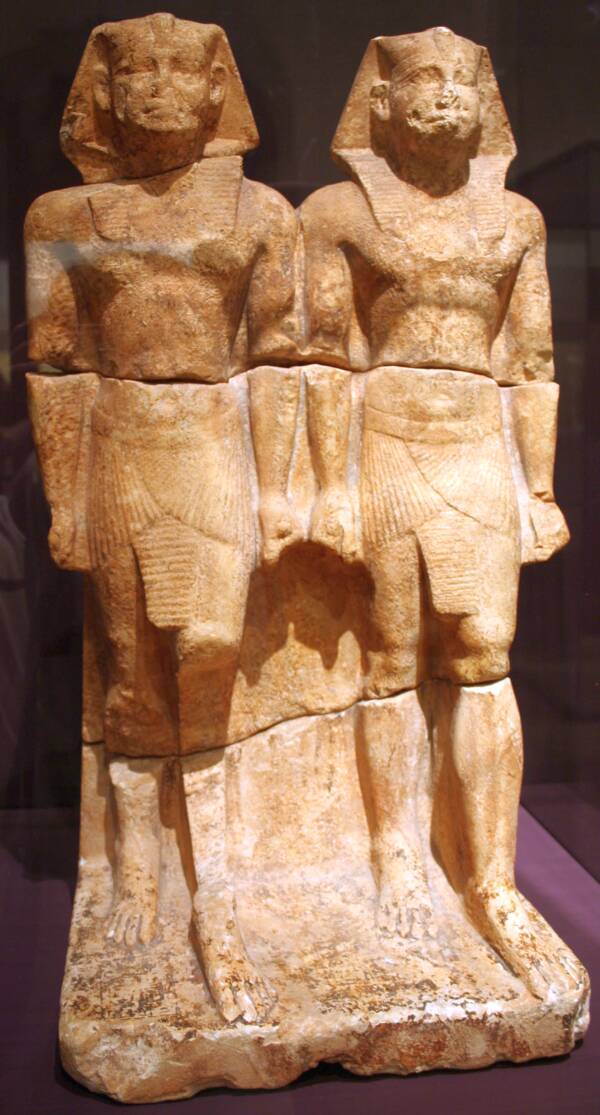 In the beginning, though, archaeologists weren’t as sure. Could the 19th-century archaeologists have been right? Were the mud bricks connected to Nyuserra’s temple and not the remains of a different one?

“We knew that there was something below the stone temple of Nyuserre, but we don’t know if it is just another building phase of the same temple or if it is a new temple,” Nuzzolo explained.

But Nuzzolo and his team found a “huge, monumental” entrance which he believed suggested that they’d found a separate building. “So, why not another sun temple,” he said, “one of the missing sun temples?”

His team soon uncovered a number of clues that suggested that they had indeed found a sun temple. Significantly, they found beer jars filled with ritual mud. These pottery jars date back to the mid-25th century — before Nyuserre’s time — and were only used for specific rituals.

“I have now many proofs that what we are excavating here is one of the lost sun temples,” Nuzzolo said triumphantly. He suspects that although the original temple was “impressive in size” Nyuserre had it destroyed so that he could build his own. 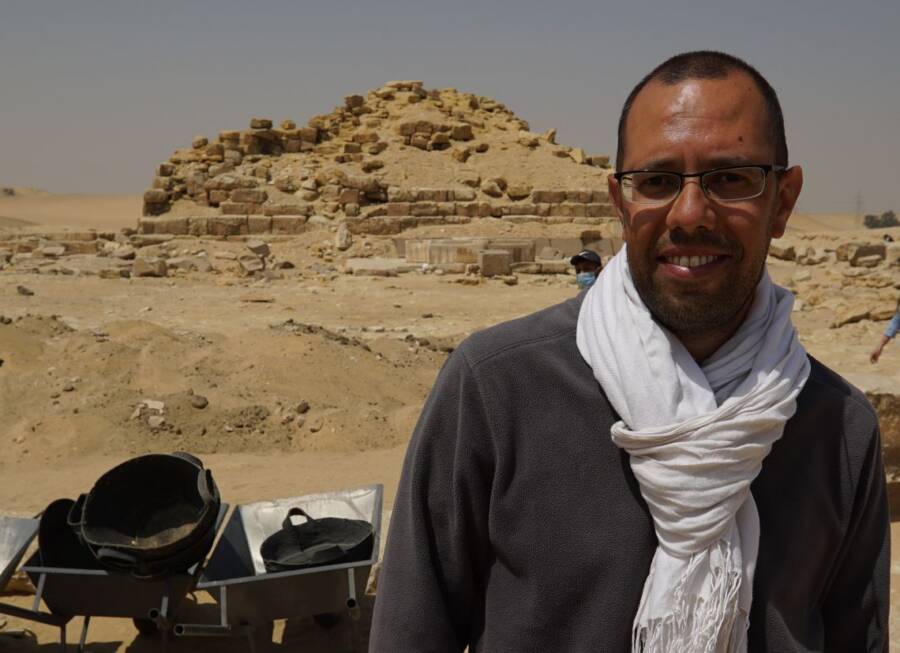 Sun temples were a popular option for pharaohs during Egypt’s Fifth Dynasty. Ra, the Egyptian sun god, is considered one of the most powerful Egyptian deities. And pharaohs sought to embody his power by building sun temples in their own names.

“Each king wanted a pyramid for achieving his resurrection but this was not enough for the fifth dynasty kings,” Nuzzolo explained.

“They wanted something more. The king built [a sun temple] to turn himself into a god. The sun god.”

He added, “Indirectly, therefore, the main purpose of the temple was that of being the place for the deification of the living king.”

In addition to the most recent temple and Nyuserre’s temple, archaeologists in the 1960s also found a sun temple honoring the pharaoh Userkaf. But to date, they aren’t sure which pharaoh built the recently discovered temple.

That’s just one of the many mysteries Nuzzolo and his team hope to uncover. By studying pottery they recovered at the site, the archaeologists also seek to discover how people ate, what they believed, and how they lived.

In the meantime, the search for Egypt’s other three sun temples continues. But if those temples were built with mud brick, it’s possible that they slowly eroded over the centuries, leaving behind no hint of their former might.

After reading about the lost sun temple, look through these fascinating facts about ancient Egypt. Or, delve into the mystery of how Cleopatra died.