Not a single piece of physical evidence tied Adnan Syed to the 1999 murder of Hae Min Lee. But he was convicted anyway — and now may have another shot at justice.

Two of the last photographs of both Adnan Syed and Hae Min Lee before her death.

True crime has always had a sizable share of fans and obsessives, but the genre’s modern pop-culture resurgence arguably began with Sarah Koenig’s Serial podcast in 2014, which explored the conviction of Adnan Syed for the gruesome and perplexing murder of Hae Min Lee in Maryland in 1999.

The former Baltimore Sun reporter spent one year investigating the 2000 trial of Adnan Syed for the first-degree murder of Hae Min Lee, his classmate and ex-girlfriend. Last seen driving away from Woodlawn High School in her gray Nissan on Jan. 19, 1999, the Korean-American 18-year-old was found dead in Baltimore’s Leakin Park a month later. And soon after that, Adnan Syed was charged with her murder.

Serial sought to dive deep into the potential failings of the criminal justice system and thoroughly re-examine Syed’s case. The podcast soon became a phenomenon, garnered more than 340 million total downloads, stayed at the top of the iTunes podcast charts for weeks, won a Peabody Award — and led to a new trial for Adnan Syed.

The podcast was so popular at least in part because the case against Adnan Syed in the murder of Hae Min Lee was so controversial. There was, for example, no physical evidence such as DNA or fingerprints to tie him to the crime scene. For his part, Syed maintained his innocence throughout the initial arrest, the course of his trial, and across Koenig’s entire investigation and subsequent podcast release.

The evidence that was gathered against Syed was anecdotal, circumstantial — and yet, convincing enough to sway a jury to convict him of the murder of Hae Min Lee. That evidence included Syed’s friend, Jay Wilds, claiming that Syed asked him for help in burying the body as well as cellphone tower records that seemed to place Syed at the spot where Lee’s body was found.

But there’s much more to discover about this complex mystery. Here is everything you need to know about the case of Adnan Syed and the murder of Hae Min Lee.

The Murder Of Hae Min Lee

At that point, Lee had been missing for almost an entire month and officials had yet to assess just how exactly she died, though they did suspect homicide. The last known contact with Lee was on Jan. 13, 1999 when she drove her 1998 Nissan Sentra to pick up her six-year-old cousin and head to work at a local LensCrafters.

“We thought she would come back,” her uncle Tae Soo Kim said.

She never did. They only found her body. There were no obvious signs of trauma, but signs of strangulation soon became apparent and that, combined with the location of her body (which had been left in a popular dumping ground for homicide victims) pointed to the cause of her death being murder.

Lee’s family gathered at their home on Rockridge Road upon receiving official confirmation that she had died. The 18-year old, who was born in Korea but emigrated with her mother and brother at the age of 12, was mourned and remembered fondly by friends and relatives that day.

Lee’s father wasn’t present, as he was against emigrating to the States and decided to remain in Korea. He essentially cut off all contact with the rest of his family, with no record of how he received the news. 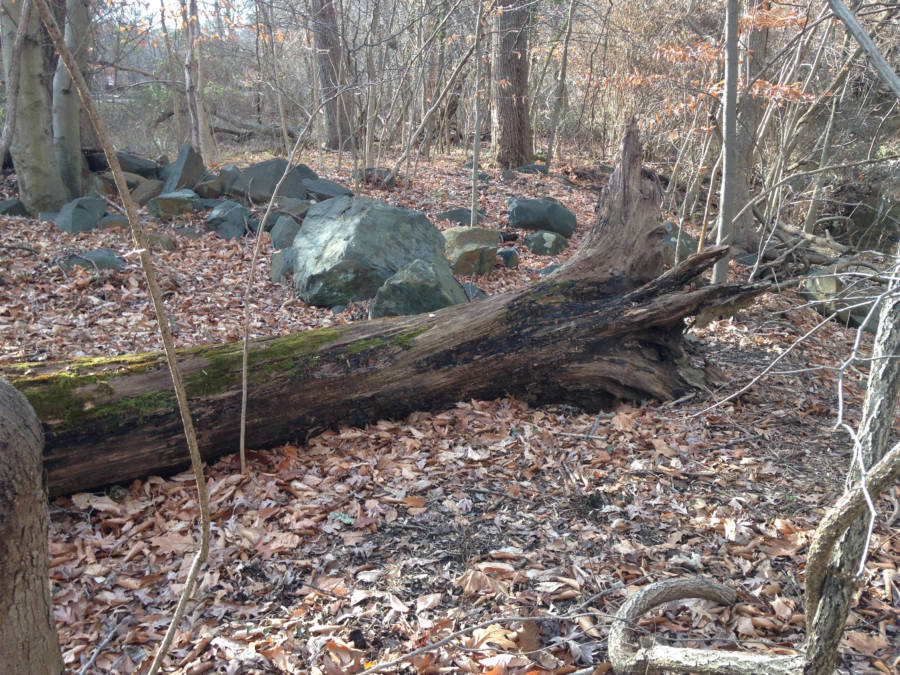 The area of Leakin Park where Hae Min Lee’s body was discovered.

Woodlawn High’s principal, James Wilson, remembered Lee fondly that day, as “quiet and popular. She was a very warm type of person, well-liked by all the students.”

During her time as a student at Woodlawn, Lee was a valued member of the lacrosse and field hockey teams, as well as the manager of the wrestling team. Her job at LensCrafters, too, was no mere filler to pass the time — Lee wanted to become an optician. Perhaps most tragically, she was supposed to leave on vacation to France the day authorities confirmed that it was her body that had been discovered in Leakin Park.

Authorities initially considered a possible connection between the murder of Hae Min Lee and the body of another 18-year-old Woodlawn girl, Jada Denita Lambert, who was found strangled in the wilderness a year prior. This theory was soon dismissed, however, when the Baltimore Police Department received an anonymous phone call claiming that Lee’s ex-boyfriend, 17-year-old Adnan Syed, was responsible for the murder of Hae Min Lee.