Tara Grinstead: The Unexplained Disappearance Of A Georgia Beauty Queen Is Solved After 12 Years

Tara Grinstead's disappearance rocked her small town and federal investigators alike. That is until a random tip via a podcast years later heated up the cold case. 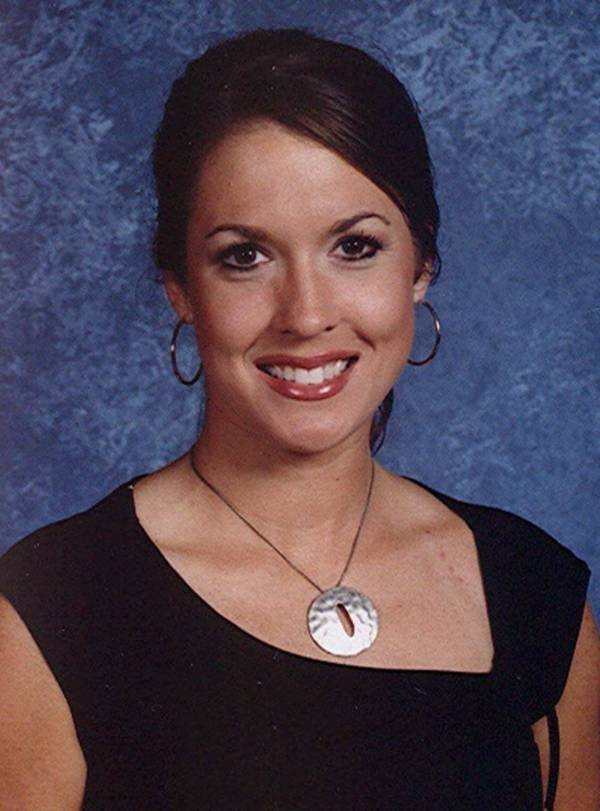 In the small southern town of Ocilla, Georgia, the disappearance of a young woman named Tara Grinstead shook the close-knit community and stumped investigators. Grinstead was only 30-years-old when she mysteriously vanished on October 22, 2005 — and for 12 years, nobody could figure out just what had happened.

But in February 2017, a popular podcast that had investigated the case received a tip from a local resident which was then brought to authorities. Consequently, two individuals were arrested. Although the culprits were caught, much of the crime remains a mystery.

Who was Tara Grinstead and what might have motivated someone to kill her?

Grinstead was born in Hawkinsville, Georgia, on November 14, 1974. Her parents say that she fell in love with beauty pageants as a teenager and began to compete locally.

Tara Grinstead also had her sights set on her future. She used pageants as a means of achieving her aspirations. She chose mainly to compete in scholarship pageants and would later use her winnings to pay for higher education. Grinstead pursued a career in education following her success in pageants. 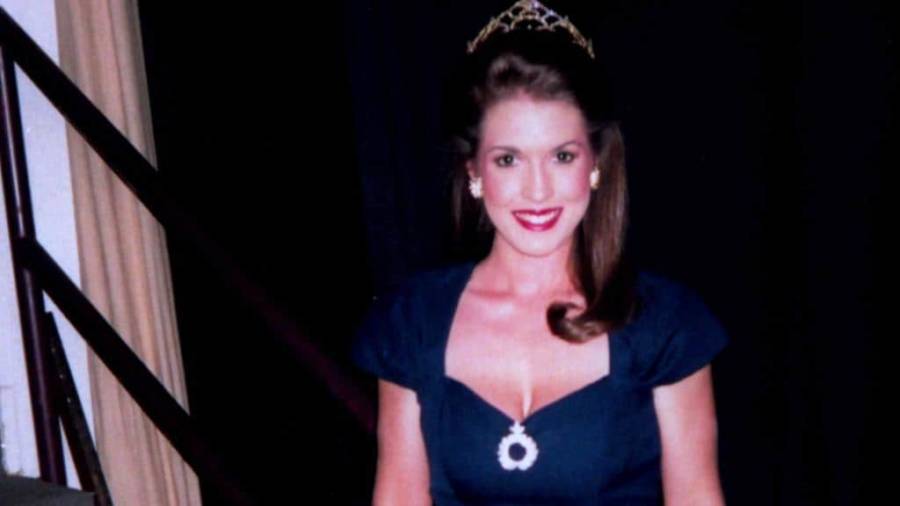 The much-loved Grinstead at a pageant.

Grinstead graduated from Middle Georgia College in 2003 and received a master’s degree in education at Valdosta State University in Georgia. She then began to teach 11th-grade history at Irwin County High School in her hometown of Ocilla in 1998.

Ever the overachiever, Tara Grinstead rose up the ranks in the high school where she worked to become an assistant principal. She was well on the way to achieving her goal of being a school principal herself. Grinstead’s stepmom, Carrie, said that Tara was “very dedicated” to her job and was always punctual.

Indeed, she was a fixture at Irwin County High. Her students saw her as a role model, especially young girls who also competed in pageants. Two days before her disappearance Tara Grinstead hosted her students at her home to prepare for the town’s annual “Miss Georgia Sweet Potato” pageant.

Tara Grinstead was so beloved by her community and so involved that when she didn’t come to school on Monday, Oct. 24, 2005, everyone who knew her was alarmed.

The Disappearance Of Tara Grinstead

Authorities received a phone call from a neighbor that October morning to report Grinstead’s disappearance. But by the time the Ocilla police chief Billy Hancock and his team arrived at Grinstead’s home, nobody had seen or heard from the beloved teacher in 34 hours.

Grinstead’s car was still parked in her home’s parking lot, which Hancock said was an immediate red flag. Authorities also noted a latex glove in the front yard and a business card that was wedged in her front door.

The driver’s seat in her car was pushed further back than would be normal for a woman of Tara’s size. Her purse and keys were also missing. Peculiarly, an envelope of cash was found on her dashboard.

Inside the house seemed to reveal little else. Grinstead’s cell phone was plugged in and charging. Her clothes from the previous evening lay on her bedroom floor. While there wasn’t any indication of forced entry, those who knew Tara believed her to be tidy and wouldn’t have left her clothes on the floor. She also would not have left her pet dog and cat abandoned as they were.

Stranger still, Grinstead’s bedroom clock was found beneath her bed and had been switched off for six hours. A lamp lay broken at her bedside table.

Hancock had a gut feeling that something was terribly wrong. He immediately called Gary Rothwell, a special agent at the Georgia Bureau of Investigation (GBI).

“We didn’t have any signs of forced entry, there was no sign of a struggle. But that’s not to say that something could have happened. We can’t rule that out but there were no obvious signs of violence in the residence,” said Rothwell.

Rothwell described this as the most extensive search he had personally been involved with in his career.

The last time that anyone had seen or heard from Grinstead was on the Saturday night that she went missing. Investigators knew that she had been with the young pageant girls she mentored in her home and then attended the pageant together.

They knew also that around 8 p.m. Tara Grinstead stopped by her neighbor’s house for half an hour and finally headed to a cookout a few blocks away from her home. She left to go home at around 10:30 p.m.

The fact that police found the clothes she wore to the cookout bunched up on her bedroom floor told them that Grinstead had returned home that evening.

FacebookA collection of images of Grinstead, posted to the missing persons page that was created for her on Facebook.

That her purse and keys were missing led authorities to believe that Grinstead may have left with someone she knew. No neighbors reported any screaming that Saturday night, which made this possibility all the more likely.

Authorities then considered boyfriends or romantic involvements. Grinstead had been linked to multiple men and the timeline of their relationships all seemed to coincide with one another.

The first person police looked into was Grinstead’s ex-boyfriend, Army Ranger Marcus Harper. Harper and Grinstead had a tumultuous six-year relationship. During that time, both Grinstead and Harper dated other people but family and close friends say that Grinstead was truly in love with Harper.

Two weeks before she disappeared, Harper ended things with Grinstead for good. The last time he saw her was a week before she went missing and Harper claimed that she came to his home to beg for him to take her back. He also claimed that Grinstead said that if she saw him with another woman that she’d commit suicide.

But friends and family immediately dismissed this claim. Authorities ruled out suicide as well as it would be awfully hard for a dead woman to hide her own body.

Harper also had a legitimate alibi. On the night of Grinstead’s disappearance, he had been at a bar with a former cop partner.

Investigators also immediately identified an Anthony Vickers who was a former student of Grinstead’s as a suspect. Grinstead had taken Vickers under her wing as he was known to be a troubled kid. Grinstead felt for him and she gave him a little extra attention. Vickers then apparently became obsessed with her and in March 2005 tried to enter her home.

Grinstead filed a report with the police in which she described the incident. Vickers appeared to be out of control and he knocked on her doors and windows while he forcefully ordered Grinstead to come out.

But police could not draw a solid connection between Vickers and the teacher’s disappearance.

The last— and seemingly most obvious— suspect was the man whose name appeared on the business card wedged in Grinstead’s door.

Neighbors said this man frequently visited Grinstead in her home. Although that man’s name has not been disclosed, it was revealed that he was a married police officer in a nearby town. According to the investigation, the unidentified officer had left two dozen messages on Grinstead’s answering machine on the night she vanished.

While all three suspects claimed innocence at the time, none of their alibis completely covered the full 34 hours that Grinstead was missing. Authorities thus kept all of their names in the mix, though years later it would become clear that they had not needed to.

“This Case Has Never Gone Cold.”

The small town of Ocilla has a population of just over 3,000 residents. Naturally, rumors abounded. Some theorized that Grinstead was kidnapped by a stalker, others feared that the criminal responsible was from their little city and was still there.

A year since Grinstead’s disappearance passed quickly and without further evidence. The GBI kept whatever details about their investigation under wraps for a total of three years until CBS aired an episode of 48 Hours surrounding Grinstead’s case in 2008.

In the episode, authorities revealed to the public the most important piece of evidence that they believed would lead them to the culprit: the latex glove.

The glove had been sent to a crime lab for testing upon its discovery. To recover DNA from a latex glove has proven unsuccessful and highly unlikely in the past. But remarkably in Grinstead’s case, the lab was able to gather forensic evidence.

The lab recovered male profile DNA and a fingerprint, but even after this evidence was paired with all possible suspects, there was no match. 100 people were tested and the GBI even tried to match the DNA nationally.

With no matches in nearly three years, authorities called on the public to come forward with any tips.

“We hope there’s someone who knows something, knows a person that was involved with this case and was withholding that information for fear that we were not going to be able to prove it. We will be able to prove it, and we want one of those types of persons — if they have that type of information — to come forward,” said Rothwell of the GBI.

“This case has never gone cold. Leads come in on a weekly basis. We have several avenues we are pursuing now,” Rothwell continued.

Indeed, the case garnered significant interest through the years and even spawned the investigative podcast, Up and Vanished, by first-time true-crime director Payne Lindsey.

Many believe that his show is responsible for the tip that would bring Grinstead’s case to a close. Lindsey received anonymous information in February 2017, which was then shared to the GBI.

Ocilla local, Brooke Sheridan, had also come forward with information at the same time regarding her boyfriend, who was an ex-student of Grinstead’s. His name was Bo Dukes.

In her only interview, Sheridan spoke with Peter Van Sant the correspondent responsible for the 48 Hours 2008 episode.

Dukes said that at the time his friend had convinced him to help dispose of the body. It was later revealed that Dukes burned the body of Grinstead to cover up the crime. 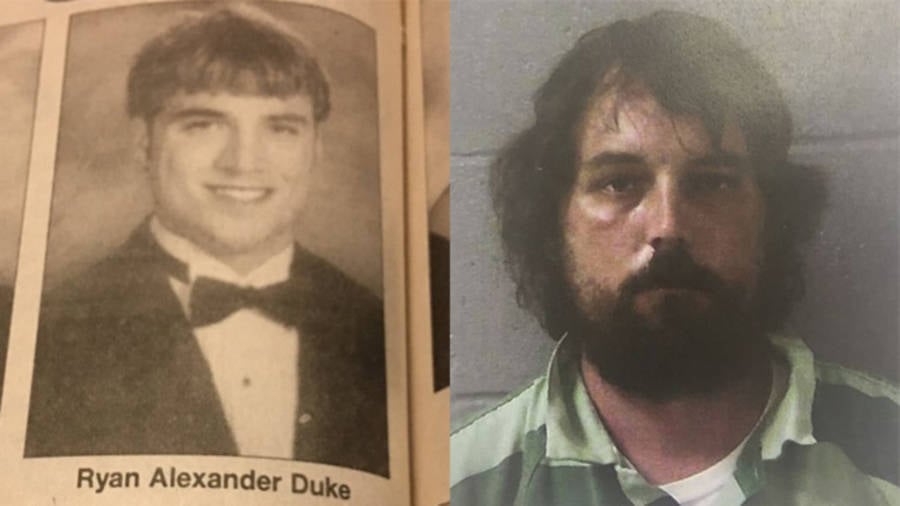 WSB-TVRyan Alexander Duke, a former student of Grinstead, was convicted of her murder in April 2017.

Sheridan ultimately decided to come forward about her boyfriend because she believed that the Grinstead family’s “peace to me was more important than his freedom.”

Sheridan confronted Dukes as well. “I said, ‘You need to confess. You need to own to what you’ve done and confess.’ I said, ‘Because that family deserves to know.'”

According to Sheridan, Dukes agreed. “He says, ‘I just want her family to know.'”

Dukes confessed to his crimes and was charged in June 2017 with concealing a death, tampering with evidence, and hindering apprehension of a criminal.

ABC News reports on the arrests of Duke and Dukes.

Duke subsequently was arrested and charged with the murder of Tara Grinstead. In April 2017, a grand jury indicted Duke on six counts, including malice murder, felony murder, aggravated assault, burglary and concealing the death of another.

While a gag order was put out to prevent discussing further details of Duke’s involvement, this was ultimately revoked in March 2018.

Even though the killers have been caught, questions remain, like motive. Why did Ryan Duke murder Tara Grinstead?

When posed with this question, Brooke Sheridan said that she asked the same thing of her boyfriend, Bo Dukes.

“He said, ‘That’s something that only God and Ryan know.'”

Next up in mysterious disappearances, read about the eerily similar case of Jennifer Kesse. Then, learn about how Jasmine Richardson brutally carried out the murder of her own family — at just 12 years old.