In Afghanistan, A Skateboarding School Where Girls Rule

Welcome to Skateistan, the Afghanistan skateboard school where girls can realize the rewards of their strength without fear.

In the war-ravaged lands of Afghanistan, it’s common for boys to be seen in the roads playing soccer or stick ball. Young girls, however, are not are not encouraged to participate in sports, or in most cases even seek an education past that of Islamic studies and housekeeping. 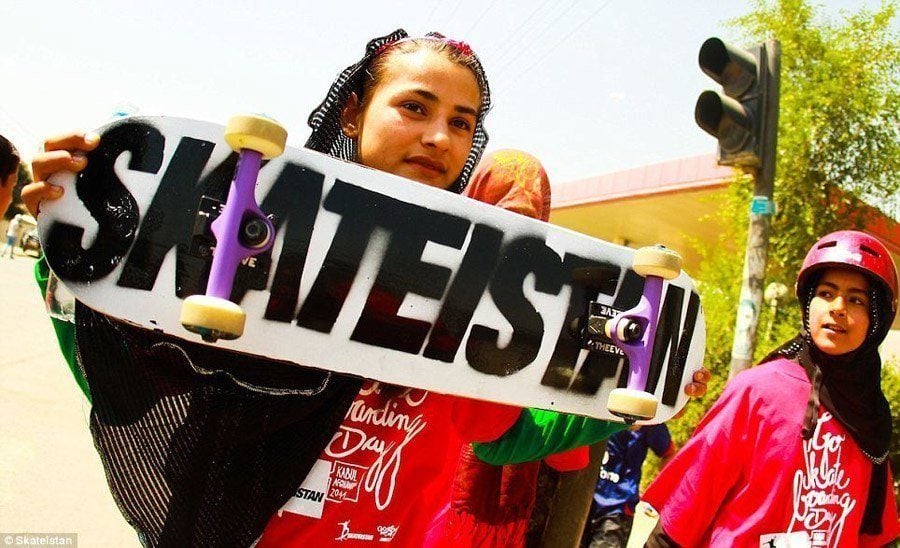 Between that, poverty, and regional violence that makes Afghani streets an unsafe place for most, it seems that Afghanistan would be one of the last places in the world to find a skateboarding school – let alone one that boasts a 40 percent female enrollment. In an area that doesn’t even allow young girls to ride bicycles, this is a truly remarkable feat. So just how did this come to be? 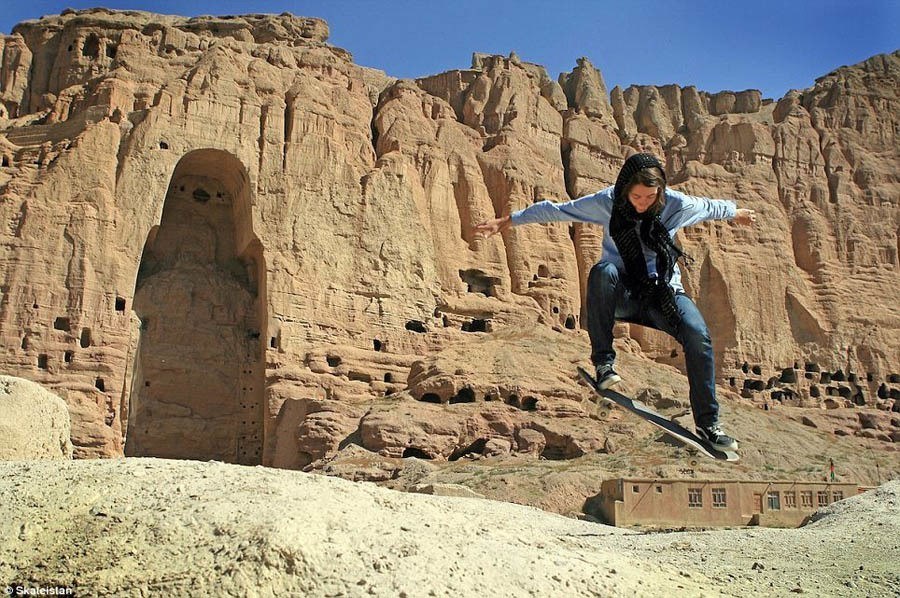 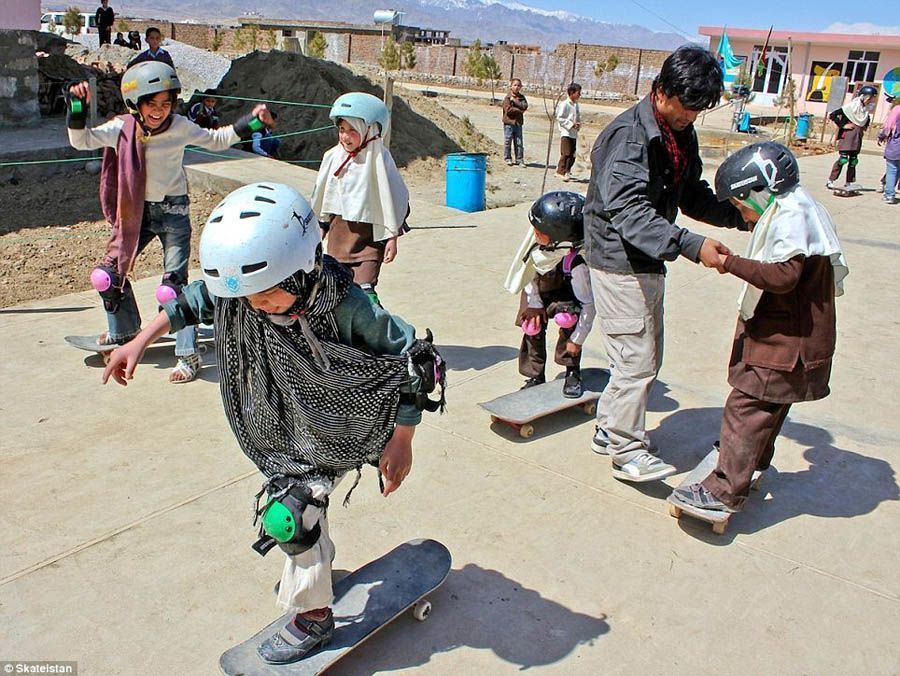 Australian skater Oliver Percovich first visited Afghanistan in 2007 with three skateboards, and quickly found himself surrounded by local children eager to learn the sport. Olly (as he’s known to all his students) soon relocated to Kabul with a definitive mission in mind. Olly and his team created Skateistan, a nonprofit school where boys and girls alike can learn to skate in a brand new skate park facility, and study anything from environmental health to creative arts in a classroom environment. 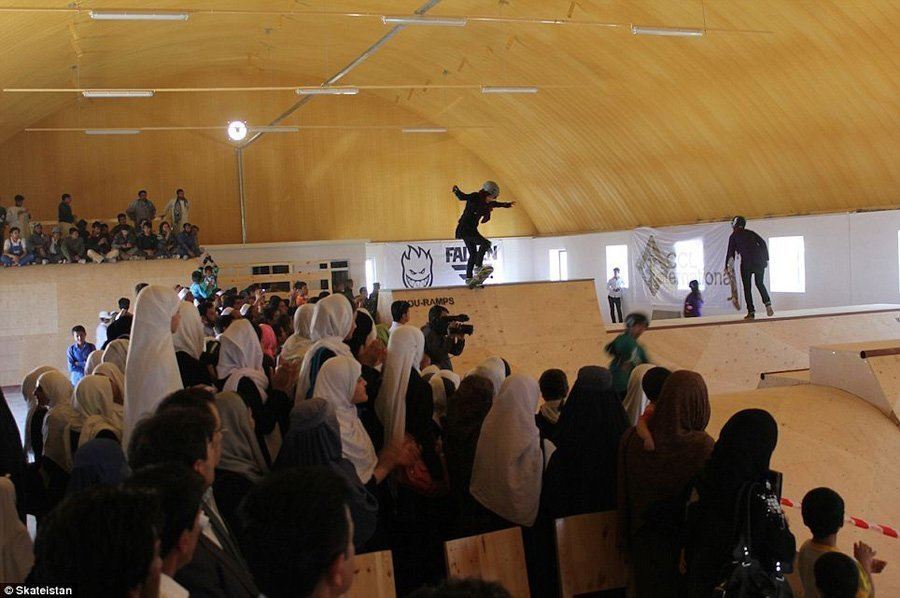 With 70 percent of the country under the age of 25, there is no shortage of youth eager to take advantage of what Skateistan has to offer. Though Afghans largely consider skateboarding a suitable activity for girls, local law means it’s still necessary for girls to be taught on different days than their male counterparts, and by an all-female staff. 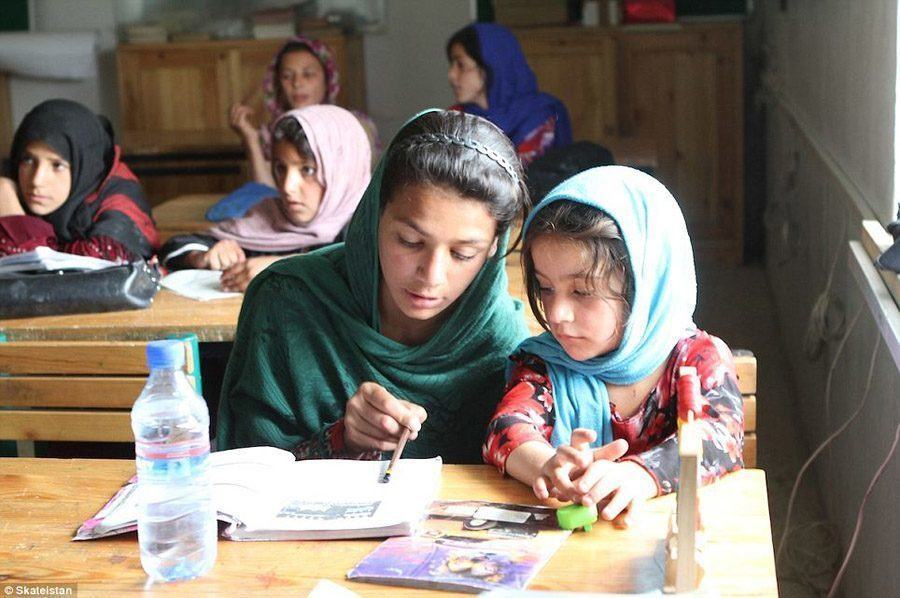 Working with students ranging in age from 5 to 25, and with 60 percent of the enrollees coming from low income households, the organization provides meaningful services to rather vulnerable groups.

Many school attendees work on the streets to help provide their families financial support, which puts them at great risk outside the classroom environment. In September 2012, four children involved with Skateistan were tragically killed in a suicide attack while working outside school hours. To help prevent this from happening again, Skateistan now provides transportation to and from classes and events. 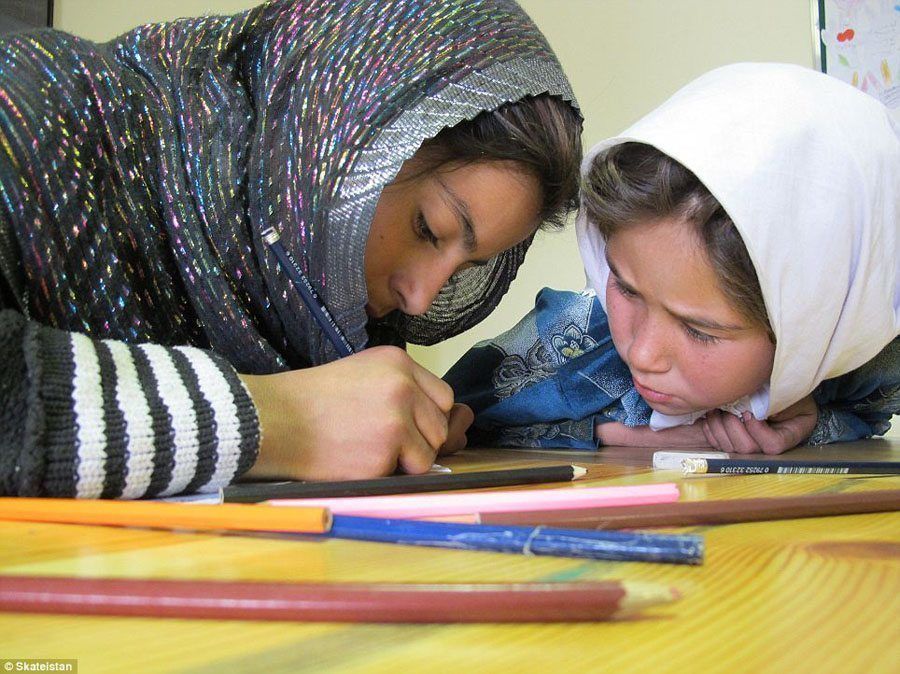 Keeping a non-traditional school’s doors open is difficult enough on its own; doing so in a war zone is that much more so. But the importance of including girls in this environment cannot be overestimated; it provides young Afghani women with an atmosphere in which they can truly test their physical strength–and realize its rewards. 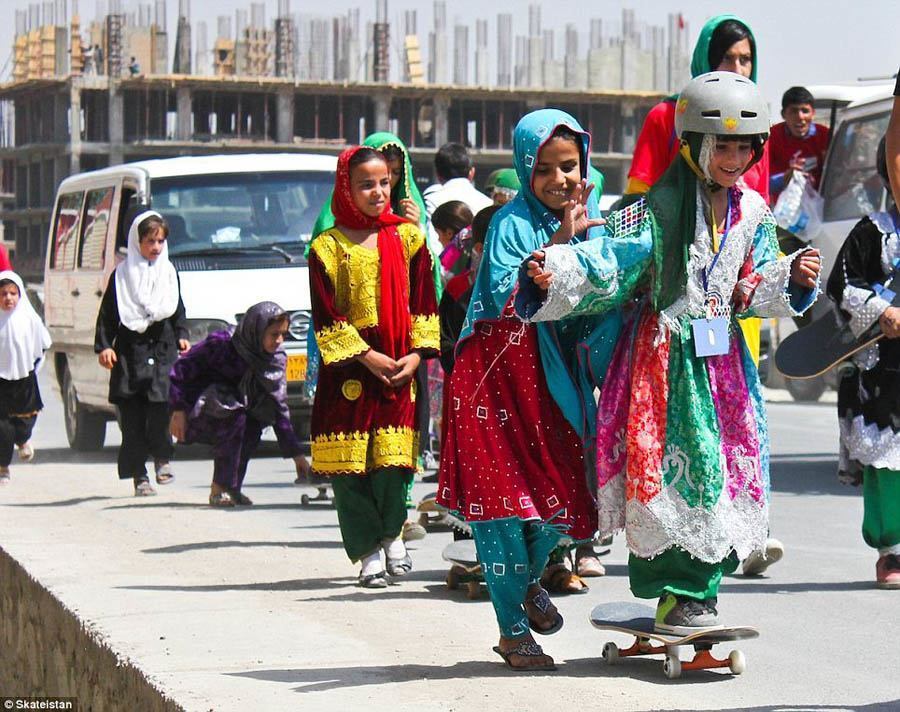 Since its 2007 inception in Kabul, Skateistan has opened up new schools in Pakistan, Cambodia, South Africa, and a second school location in Mazar-e-Sharif, Afghanistan. Others around the world have recognized the importance of the Skateistan program. In fact, legendary skater Tony Hawk has visited the Cambodia location as a guest teacher, lending his fame and prestige in an attempt to further the mission. 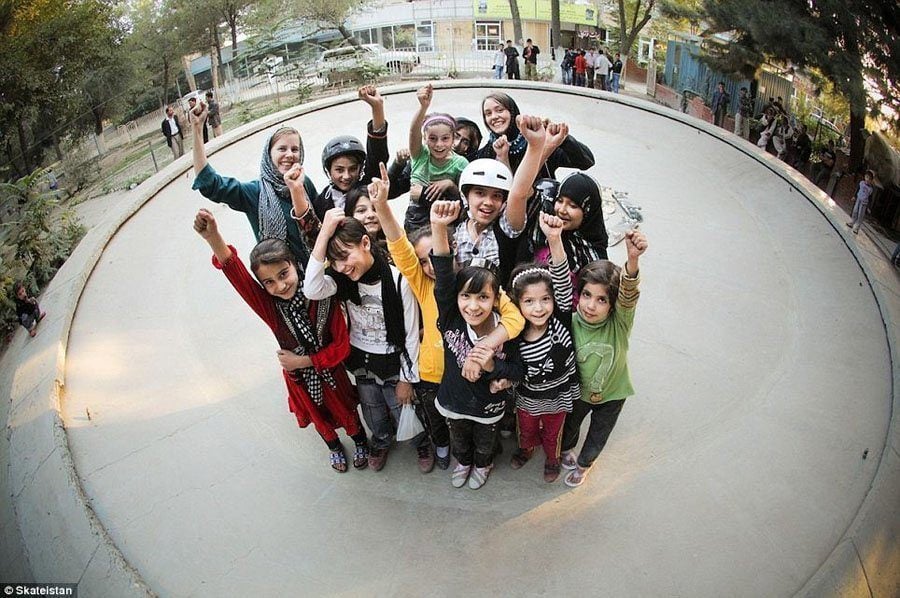 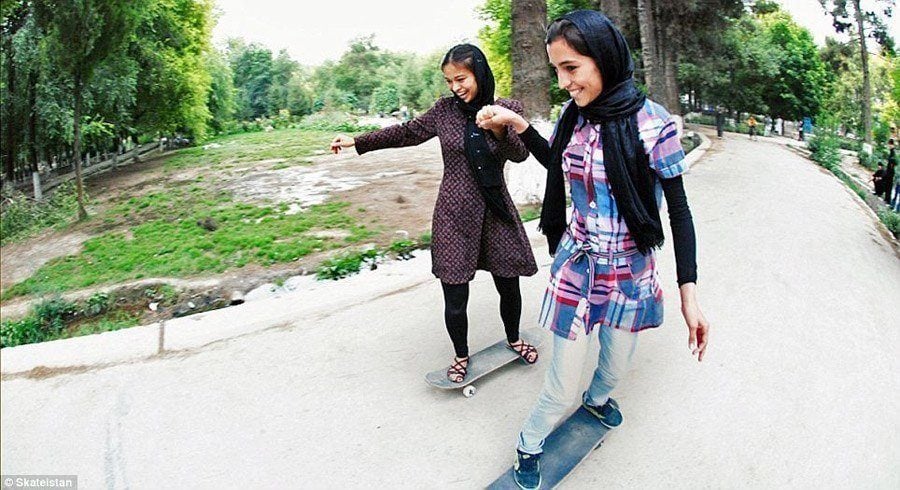 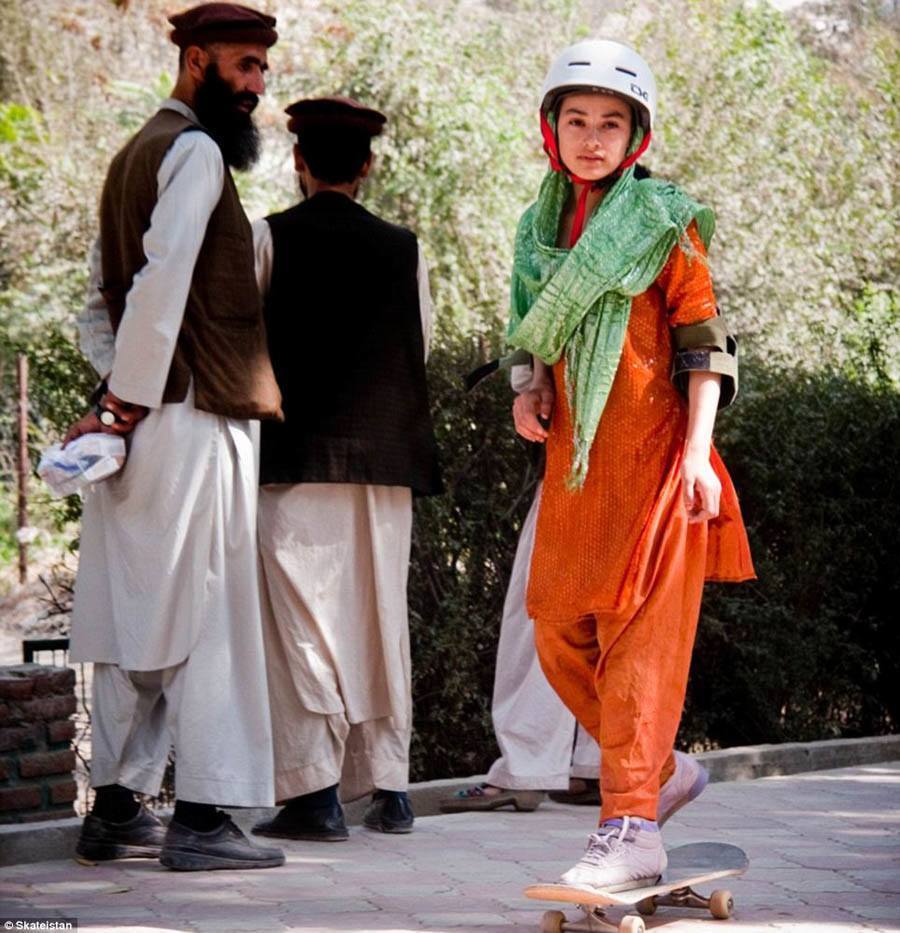 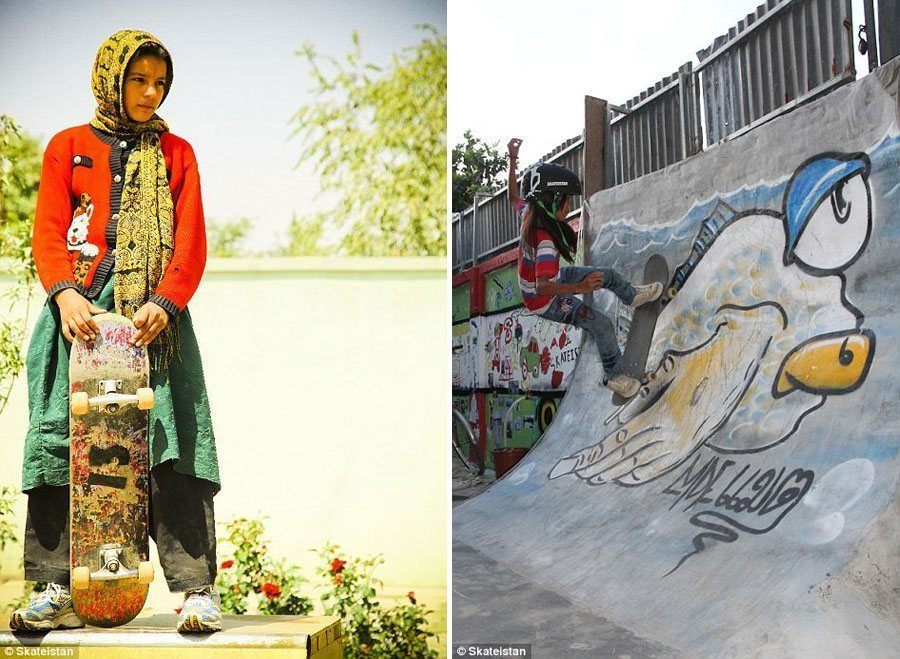 For the kids, skateboarding is Skateistan’s main draw, but education is of equal importance to those who run the schools. Children attend classes and have study time before heading out to skate for the day. The school runs six days a week, and has provided a safe refuge for many children that otherwise would have had nowhere to go, and little to look forward to.

Travel back into this country’s complex past with these unbelievable photos of 1960s Afghanistan.