Inside The Bizarre, 11-Day Saga Of The Disappearance Of Agatha Christie 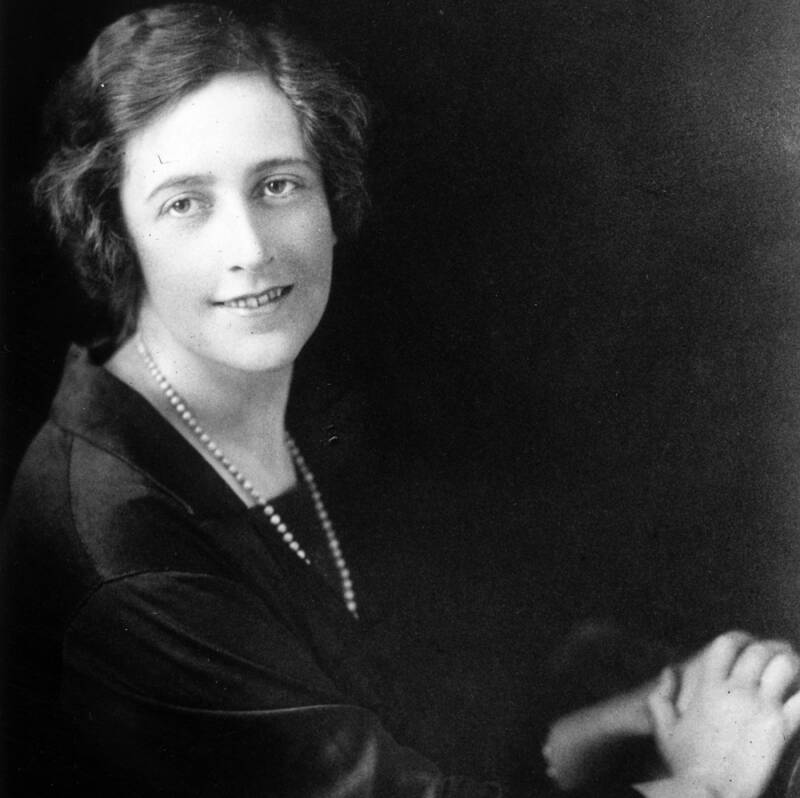 Central Press/Getty ImagesThe disappearance of Agatha Christie made headlines after the novelist mysteriously vanished for 11 days in 1926.

Agatha Christie is one of history’s foremost crime novelists. But perhaps the author’s most intriguing mystery might just be the case of her own strange disappearance one winter night at the height of her career.

Indeed, just months after the release of her book The Murder of Roger Ackroyd, Christie vanished, leaving just her car abandoned on the edge of a roadside pit. For nearly two weeks, tens of thousands of fans, police workers, and amateur sleuths tried to find her — at one point even turning to an unfinished manuscript of her’s for clues.

Here is what happened when one of the world’s foremost mystery writers went missing herself.

Agatha Christie remains one of the single most famous mystery writers to hail from England and certainly, she is among the most prominent women writers of the early 20th century. Today, she is considered the best-selling novelist of all time.

By 1926, when Christie was in her late 30s, she had already published several wildly popular detective novels, including The Secret Adversary and The Murder on the Links. She was so astute and true to reality, that she once was even published in a review in the Pharmaceutical Journal for her accurate description of poisoning in a story. 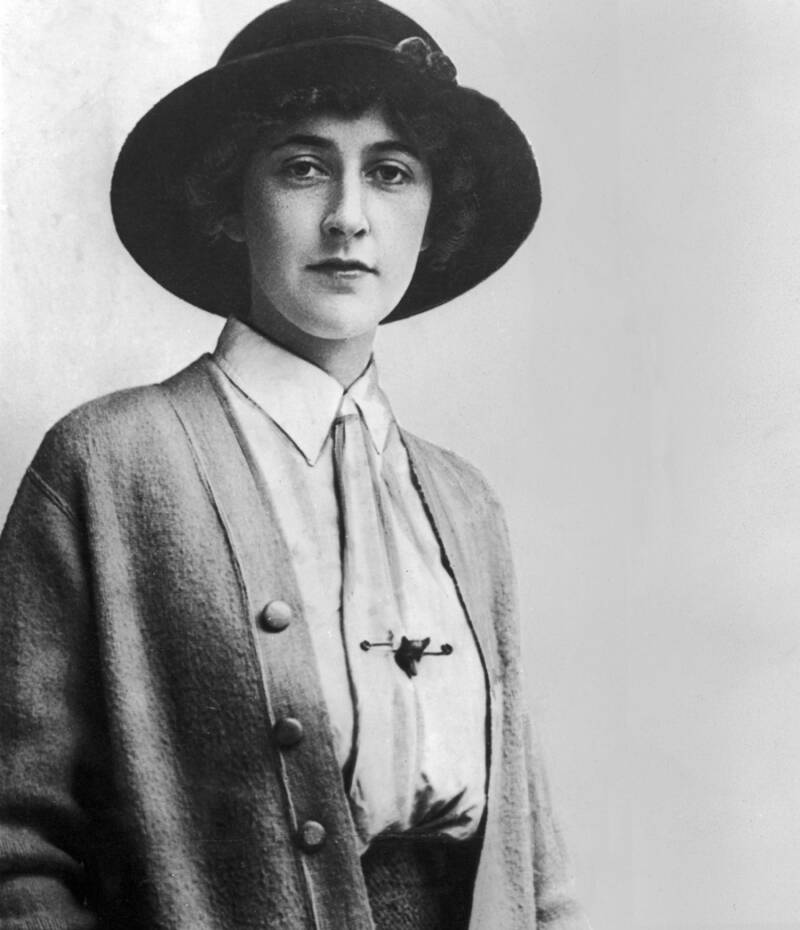 Hulton Archive/Getty ImagesBy 1926, Agatha Christie had published several popular crime novels. She would go on to publish over 66.

Christie is renowned for how she “captures something elemental about mysteries: that motive and opportunity may suffice for a crime, but the satisfying part is the detective’s revelation of whodunit, how and why,” wrote Radhika Jones, editor-in-chief of Vanity Fair and a self-professed Christie mystery sleuth.

According to Christie’s official biographer, Janet Morgan, her compelling characters and gallows humor were the result of her affable personality. “She was a very humorous person… She was amused by life, and by human beings, and by how they behaved,” Morgan said.

At 36 years old, Agatha Christie had settled into married life with her husband Colonel Archibald Christie who she met at the onset of World War I. 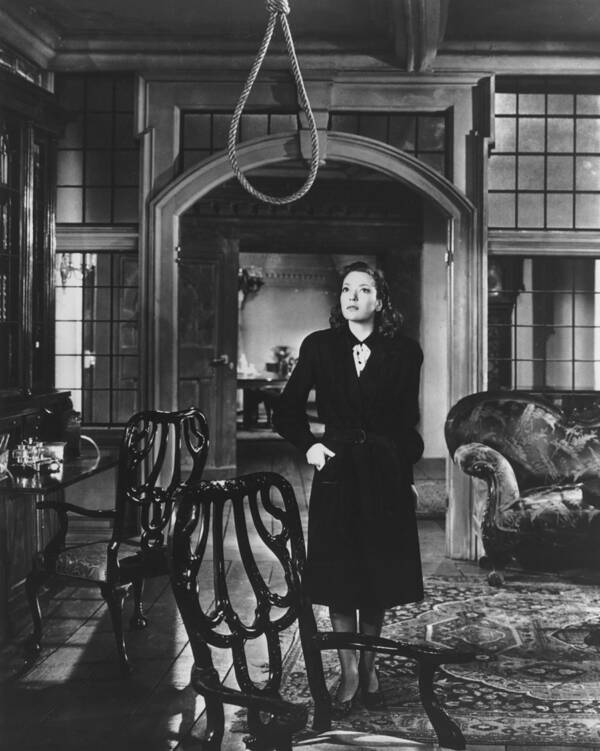 Hulton Archive/Getty ImagesActress June Duprez in a scene from the film And Then There Were None, adapted from the mystery thriller by Agatha Christie.

After a series of moves across London, the couple eventually settled in an area outside the city called Sunningdale with their only daughter, Rosalind. It was there in the idyllic countryside where the biggest mystery of Agatha Christie’s career unraveled: the case of her own disappearance.

On the evening of Dec. 3, 1926, Agatha Christie was seen leaving her house with nothing more than an attaché case. She kissed her daughter goodnight and left a letter to her secretary informing them that she would not be returning home that night. Then she drove away in the family’s two-seater automobile.

She was not found until 10 days later after a highly-publicized search.

The Mysterious Disappearance Of Agatha Christie 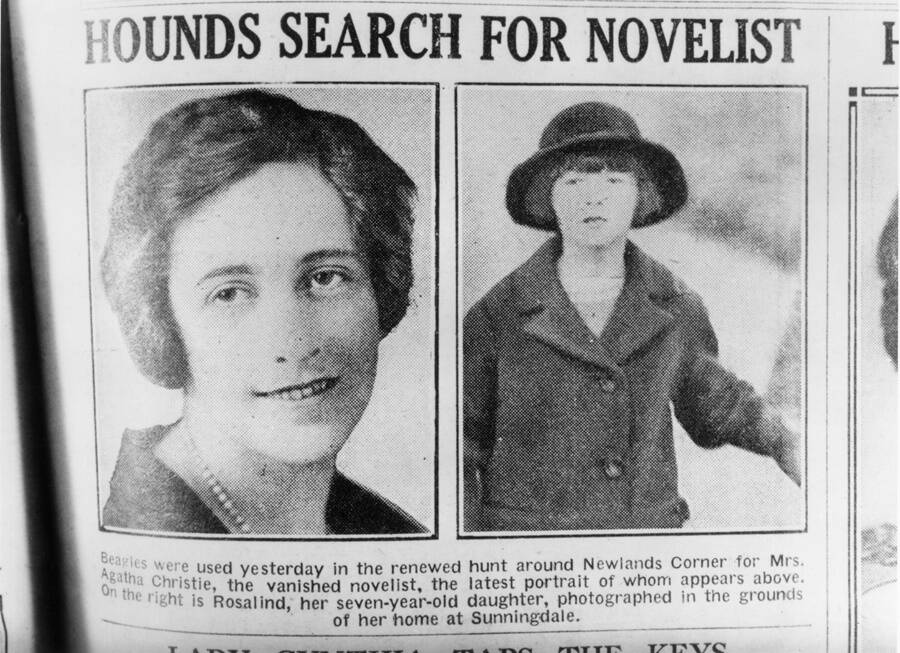 Hulton Archive/Getty ImagesNews of Agatha Christie’s disappearance sent shockwaves across the world and triggered a public manhunt in England.

On December 6, news of Agatha Christie’s disappearance hit the front page of the New York Times. The newspaper reported that her car had been found two days earlier, left abandoned near Guildford on the edge of a chalk pit.

Though police had few clues to work on, the circumstances of Agatha Christie’s disappearance were nonetheless suspicious. First, there was the bizarre discovery of her abandoned car. Then, there was a series of nondescript letters that Christie had left to her secretary, her brother-in-law, and her husband.

Her husband refused to share the contents of his letter, saying they were too personal. The secretary said that her letter was but a schedule, and Christie’s brother-in-law told police that his letter said she had gone to a spa in Yorkshire.

From The New York TimesOne report during the manhunt for Christie claimed that Victorian spiritualists believed she may have been murdered.

Authorities nonetheless suspected suicide and searched around “the Silent Pool,” a natural pond in the area which locals believed to be bottomless. Others said that Christie had left to escape her house which was rumored to be haunted.

As police continued their fruitless search, rumors swirled of a publicity stunt for Christie’s upcoming series The Mystery of the Downs, which was vehemently denied by the novelist’s secretary.

“It is ridiculous. Mrs. Christie is quite too much a lady for that,” her secretary said. “She never for a moment would think of causing all this sorrow and suspense… It is the last thing in the world she would do.” 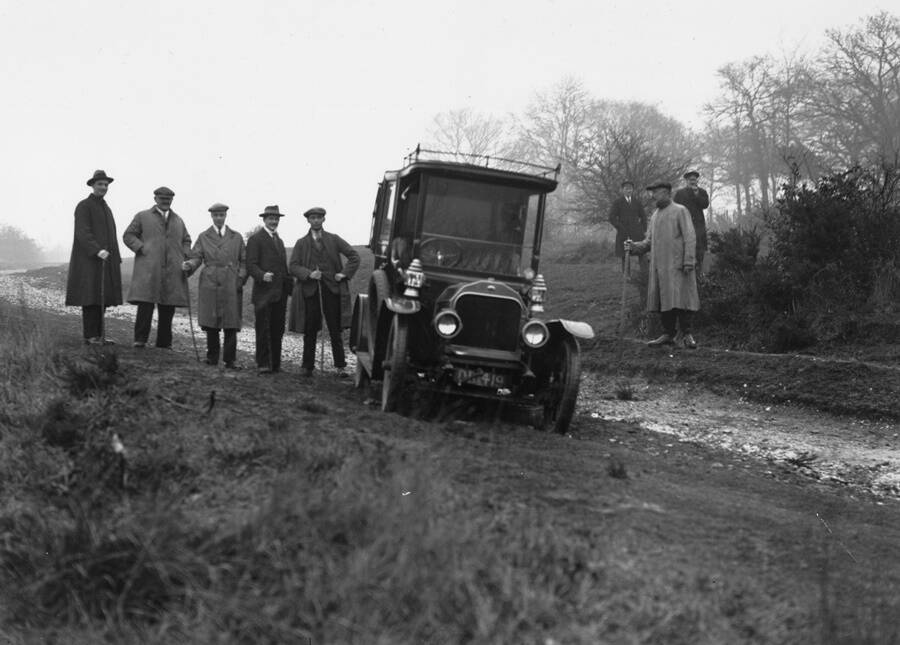 On Dec. 13, 1936, between 10,000 and 15,000 volunteers joined in the search for Agatha Christie near where her car had been found. The search involved “six trained bloodhounds, a crate load of Airedale terriers, many retrievers and Alsatian police dogs” among other canine aides.

The next day, police found a number of items, including bottles labeled as poison lead and opium, a torn-up postcard, a woman’s fur-lined coat, a loaf of bread, and two children’s books.

With no sign of the author’s body, a séance was held at the chalk pit. Even Sir Arthur Conan Doyle, a staunch spiritualist, enlisted the help of a medium, to whom he gave one of Christie’s gloves.

A further rumor posited that Christie had given a letter to her secretary that was only to be opened in the event of her death. 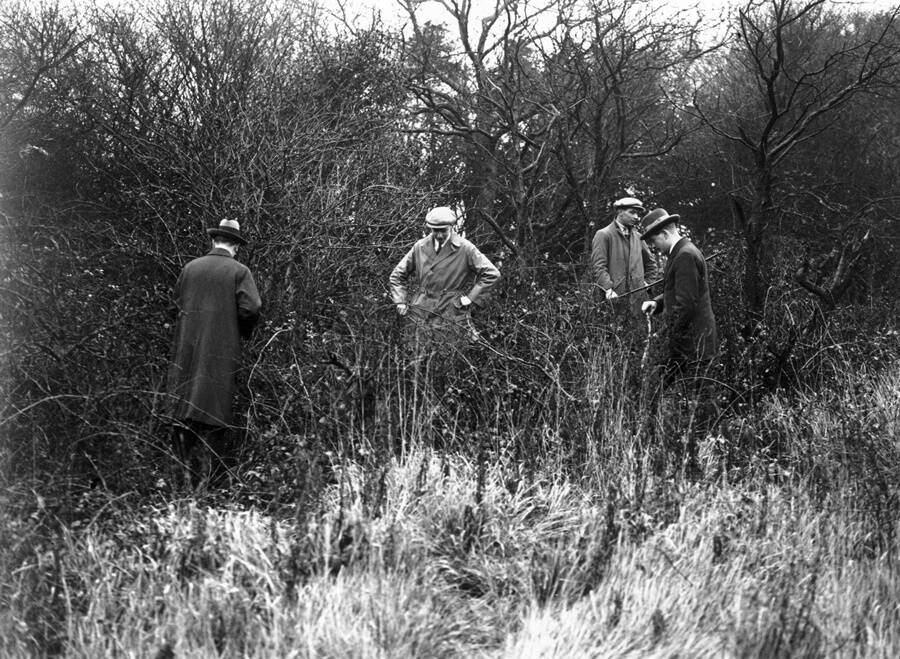 F. Davis/Topical Press Agency/Getty ImagesThose close to Christie were insulted when it was insinuated that her disappearance was all a publicity stunt.

According to one newspaper report: “The police have information which they refuse to divulge and which leads them to the view that Mrs. Christie had no intention of returning when she left home.”

Then, on December 15, the search for Agatha Christie came to an end with a most unexpected twist.

An Unsatisfying End To The Search

Ten days after her dramatic disappearance, mystery writer Agatha Christie was found at the Harrogate spa in Yorkshire, a revelation consistent with what her brother-in-law had told police. But the conditions in which she was discovered only muddied the case.

After picking up his wife from the spa, Colonel Christie informed reporters that “she does not know who she is… she has suffered from the most complete loss of memory.” 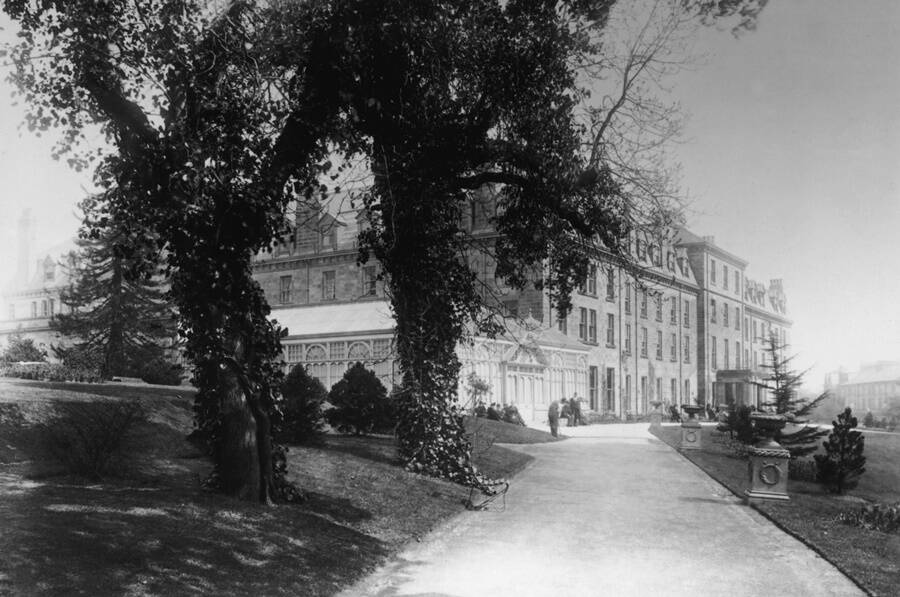 He also shared that Christie could not remember how she ended up at Harrogate. Following the news of her discovery, hundreds of people showed up at the King’s Cross train station in London to await the couple’s arrival.

The New York Times noted that “hundreds of amateur detectives were today putting away their lynx eyes, gum shoes and Sherlock Holmes pea jackets and resting from their weary trampings over the Surrey Downs” as the mystery of Agatha Christie’s disappearance was finally solved.

But even though the author had been found, the reason behind her sudden disappearance remains unknown to this day.

“It was the unspoken subject. Agatha refused to talk about it. To anyone. It was a real no-go,” one of Christie’s friends later reported. 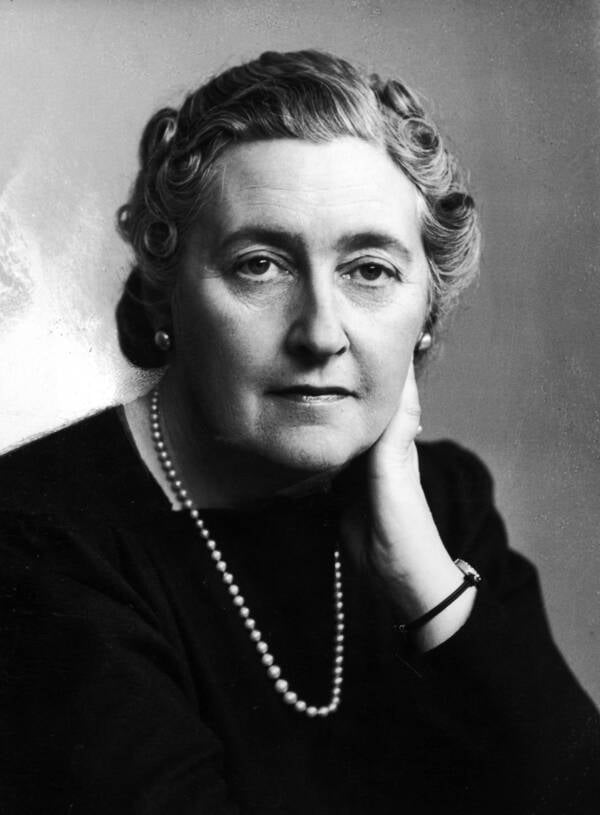 Time Life Pictures/Pix Inc./The LIFE Picture Collection via Getty ImagesChristie’s friends say she refused to talk about the bizarre incident of her disappearance.

Historians have put forth their own explanations for the strange incident. Some believe that the author had a psychological meltdown that stemmed from a depression caused by her mother’s death. Others believed it was perhaps a suicide attempt gone awry.

More speculated that her disappearance had been a ploy to punish her philandering husband. When Christie checked into the Harrogate spa, she did so under the name “Mrs. Tressa Neele” which later turned out to be the name of Archibald’s mistress.

Christie also allegedly kept her husband waiting in the spa lobby when he came to bring her home, taking her time to dress up in an evening gown. The couple divorced 15 months after the incident. Colonel Christie then married Ms. Neele.

Christie herself spoke of the incident only once during a 1928 interview with The Daily Mail in which she confessed to being overtaken by the urge to drive herself into a chalk pit. She had suffered a concussion as a result of driving to the pit’s edge and her bizarre episode was thus the result of out-of-body amnesia.

Whatever caused her vanishing act, the disappearance of Agatha Christie is still by far the most puzzling mystery of her career.

Now that you’ve learned about the bizarre disappearance of Agatha Christie, read about the mysterious and unsolved disappearance of Maura Murray. Then, delve into the secret life of Roald Dahl: from fighter pilot, to spy, to renowned children’s author.