The bill would require offenders 21 and over to pay for their own chemical castration upon their release. 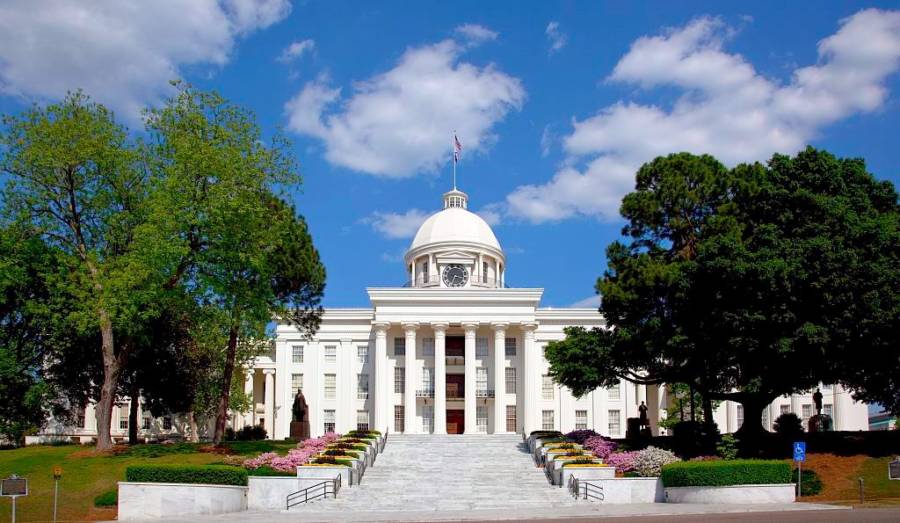 Wikimedia CommonsAlabama passed a bill which will require some convicted pedophiles undergo chemical castration as a condition of their parole.

After Alabama’s primitive abortion ban was passed only a few weeks ago, another ethically questionable law has come out of the heart of dixie state.

CBS42 reports that Alabama legislators have signed off on a bill that would require convicted pedophiles over the age of 21 to undergo chemical castration before they can be released from prison.

Supporters of bill HB379 say that the new law aims to drastically reduce the number of sex crimes against children by applying a severe physical punishment to convicted pedophiles.

Although the castration bill has passed the Alabama legislature, it allegedly has weak constitutional grounds, according to attorney Raymond Johnson. He believes that the severity of chemical castration is in violation of the 8th Amendment which condemns cruel and unusual punishments. Attorneys against the bill are confident that mandated castration will likely fit the definition of “cruel and unusual” punishment.

But Republican Alabama State Representative Steve Hurst of Calhoun County, who sponsored HB379, believes that the bill is justified on the grounds that pedophiles “have marked this child for life and the punishment should fit the crime.”

The procedure would require that felons take medication to inhibit their sex drive. They would receive the first dose before their release from prison. Additionally, they would have to continue to receive this medication — either through injection or orally — from the health department until a judge rules that it is no longer necessary.

According to the bill, released convicts who refuse to take the medication will be considered in violation of their parole and immediately taken back into custody. Further, the cost of the medication is expected to fall on to the convict. The convict cannot be denied parole solely on the grounds that they are unable to afford the medication.

Alabama Governor Kay Ivey has yet to approve this bill and reports that it is currently still “in the review process.” Considering both houses of the state’s legislature signed off on the bill though, supporters remain hopeful.

Hurst, in an attempt to show just how much consideration Alabama lawmakers have put into the bill, said that the original idea behind the bill involved surgical castration which would have involved physically removing the convict’s testicles. But in a bid to be more humane, they instead decided to pursue chemical castration.

“If you want to talk about inhumane — that’s inhumane.”

Chemical castration, in this case, can include but not be limited to medroxyprogesterone acetate treatment, which is a female hormone typically found in birth control or used to treat menopause.

The treatment, among other things, “reduces, inhibits, or blocks the production of testosterone, hormones, or other chemicals in a person’s body” which legislators in support of the bill believe will prevent convicted pedophiles from acting on their sexual urges. 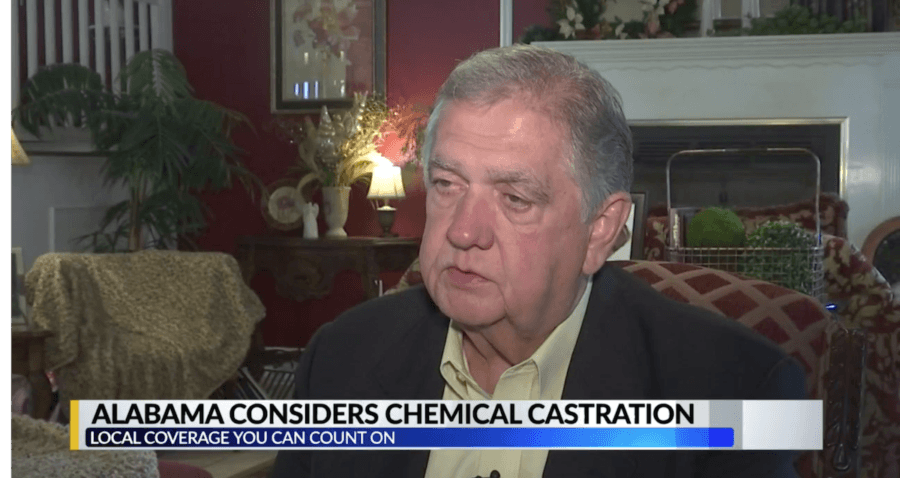 To date, there are no concrete studies or data to support the idea that castration prevents rapists from repeating their crimes.

A prime example of how castration as a form of punishment for convicted sex offenders and rapists is not as effective as lawmakers may think, is the wildly dramatic case of Wayne DuMond of Arkansas, who was castrated by thugs after he was convicted of raping a 17-year-old — who just so happened to have ties to then-Governor Bill Clinton.

In 1999 following his castration, DuMond was released from prison, which was supported by another former Arkansas Governor, Mike Huckabee. But within the span of a few years, DuMond was found guilty of raping and murdering another victim. DuMond was sent to prison and died there two years later.

According to a report from Slate, it is possible for a castrated sex offender to “become aroused and even to ejaculate, although his erection may be modest and there won’t be any sperm in his semen.” Additionally, impotency caused by castration can be reversed by taking testosterone and, for most offenders, the act of sexually violating another person is more about power than sexual desire.

When homosexuality was still outlawed by the British government in the 1960s, renowned mathematician Alan Turing was punished by chemical castration after his sexual relationship with another man was discovered.

Currently, similar castration laws have been adopted abroad by countries like Indonesia and Kazakhstan as an ill-informed method of halting sexual violence against children.

Next, learn about how experts are using child sex dolls to prevent pedophiles from hurting real children. And then, read about how Alabama is the only state that celebrates the Confederacy with Jefferson Davis Day.