One Beach, 23,000 Soldiers: The D-Day Invasion Of Utah Beach

The D-Day invasion of Utah Beach was far more successful — and far less deadly — than the one in neighboring Omaha Beach. 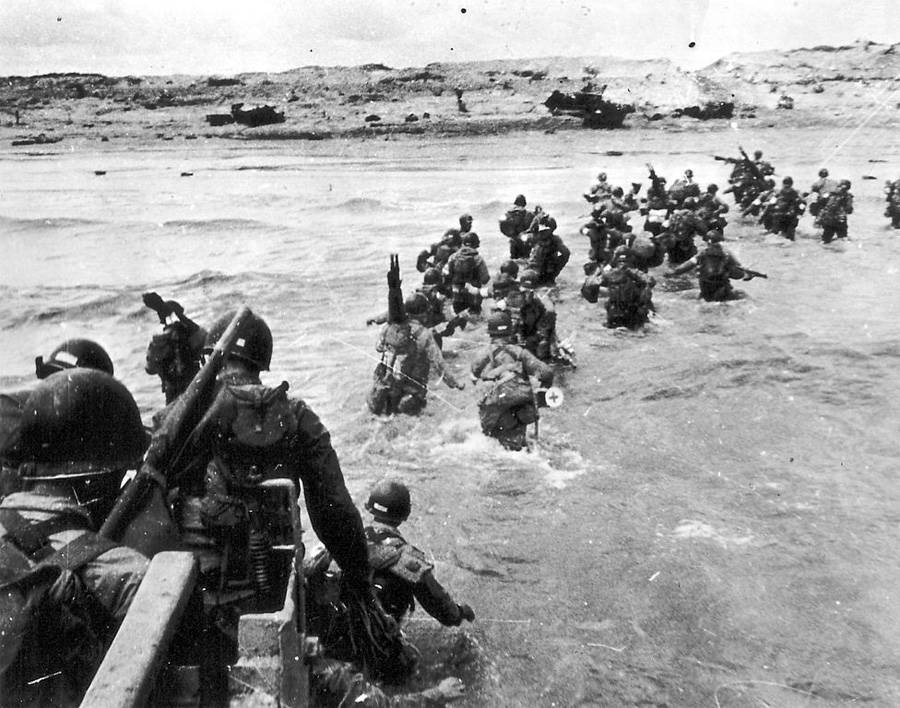 On June 6, 1944 — D-Day — Allied forces launched the largest amphibious invasion in the history of military operations. Codenamed Operation Neptune, D-Day was perhaps the single most significant turning point of World War II. And unlike the high-casualty invasion of neighboring Omaha Beach, the American-led invasion of Utah Beach was largely successful.

The Allied landings at Normandy helped secure the liberation of France from Nazi Germany and propelled the Allies to European victory less than a year later.

The D-Day invasion was the culmination of U.S. President Franklin D. Roosevelt’s and British Prime Minister Winston Churchill’s “Germany First” policy. While they would put up a fight against the Japanese in the Pacific, they would focus most of their troops and resources on subduing Nazi Germany in Europe.

Roosevelt and Churchill agreed to the policy, also known as “Europe first,” during the December 1941 Arcadia Conference in Washington D.C., soon after the U.S. entered the war. After the Allies gained control over Germany and Italy, they would shift their focus to the Pacific War and Japan. 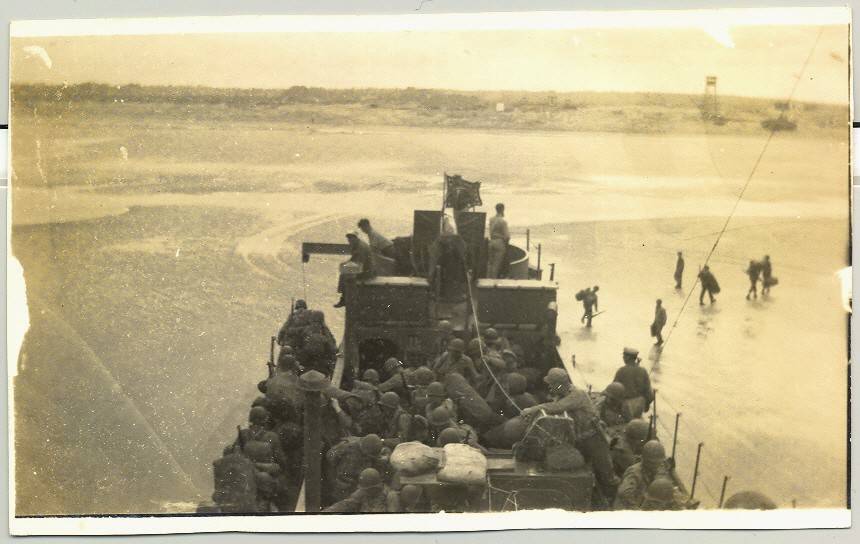 Among other concerns, Roosevelt was worried that a Nazi-controlled Europe would be far more difficult to defeat than Japan. Moreover, American scientists and military strategists were worried that, given enough time, Germany could develop weapons of mass destruction.

The Battle Of Utah Beach Begins 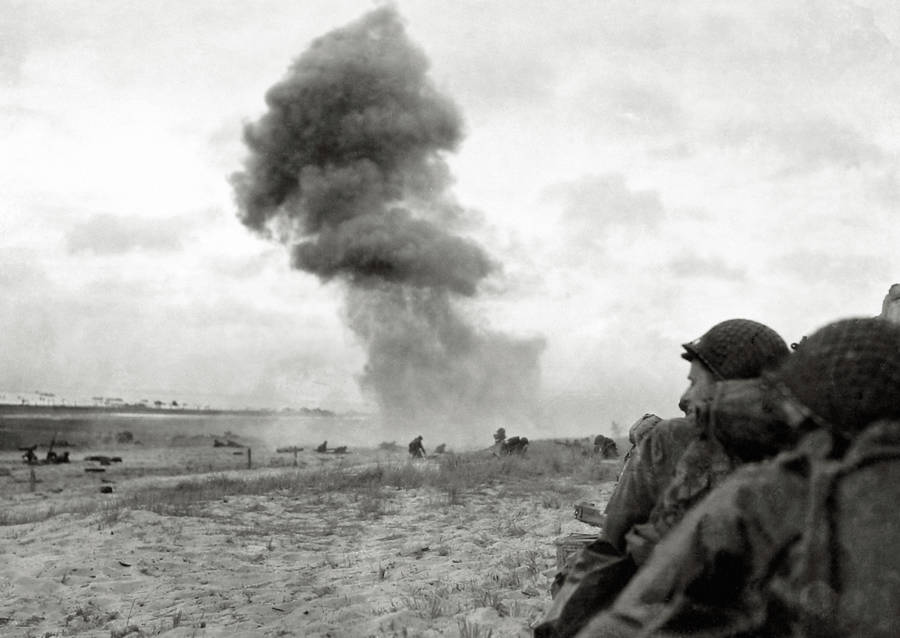 D-Day targeted a 50-mile stretch of coast in the Normandy of France. Five beaches, or sectors, were selected for the attack. The Americans led the invasions at Utah and Omaha Beaches, the British in Gold and Sword, and the Canadians in Juno.

Just before midnight on June 5, American and British aircraft departed England to start bombing the Normandy coast, clearing the way for an invasion by sea.

Troops assigned to the U.S. 4th Infantry Division reached the shore of Utah Beach at about 6:30 a.m., after hours at sea crammed into landing barges. However, due to strong currents, the American forces discovered they were more than a mile south of their intended landing zone. 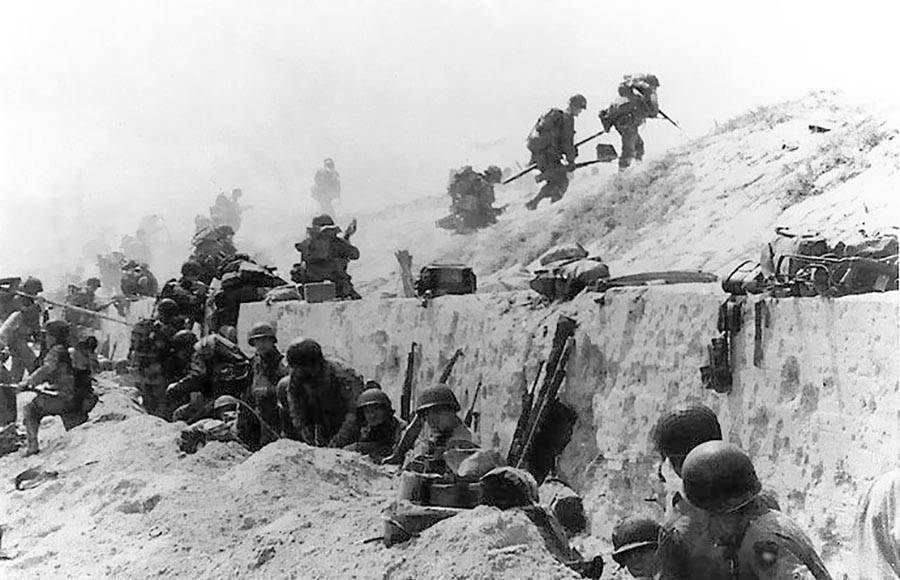 Brig. Gen. Teddy Roosevelt Jr. — the eldest son of President Theodore Roosevelt — landed with the first wave of soldiers at Utah Beach. After personally scouting the area, he determined that their location was better, as there were fewer German defenses.

“We’ll start the war from right here!” he stated, and he rerouted the rest of the landings to his location.

Roosevelt led the 8th Infantry despite using a cane – he had arthritis and a bad heart. Maj. Gen. Barton, the commander of the 4th Infantry Division, later recalled meeting Roosevelt on the beach:

While I was mentally framing [orders], Ted Roosevelt came up. He had landed with the first wave, had put my troops across the beach, and had a perfect picture (just as Roosevelt had earlier promised if allowed to go ashore with the first wave) of the entire situation. I loved Ted. When I finally agreed to his landing with the first wave, I felt sure he would be killed. When I had bade him goodbye, I never expected to see him alive. You can imagine then the emotion with which I greeted him when he came out to meet me [near La Grande Dune]. He was bursting with information.

Years later, WWII Senior Officer and later Chairman of the Joint Chiefs of Staff Omar Bradley was asked to name the single most heroic action he had ever seen in combat. He replied, “Ted Roosevelt on Utah Beach.”

Several waves of amphibious landings hit Utah Beach that morning, unleashing thousands of men, each with 70 lbs of equipment on their backs. The men had to wade through 200 yards of cold, waist-high water and then run a quarter a mile to safety while dodging enemy fire.

The second wave landed at 6:35 a.m. This wave included demolition teams and engineers who were tasked with clearing the beach of obstacles and mines. And they had to act before the tide came in at 10:30. 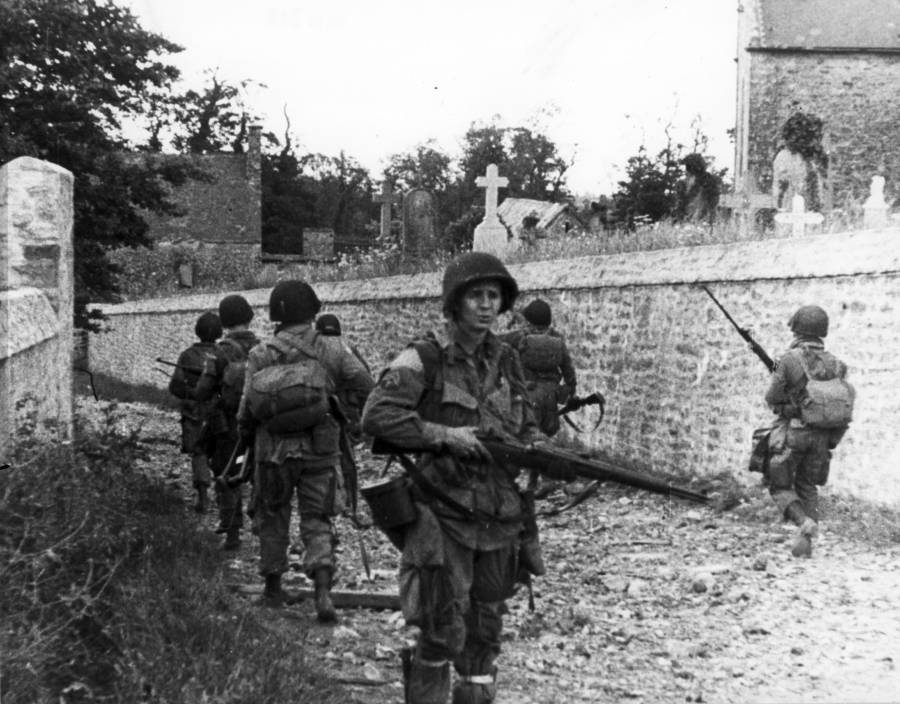 The landing area was almost entirely secured by 8:30 a.m., and by noon landing forces made contact with paratroopers from the 101st Airborne Division, who had dropped behind enemy lines before dawn.

By the end of the day, the 4th Infantry Division had pushed about 6 miles inland within a mile of the 82nd Airborne Division’s perimeter.

A dramatization of the landing at Utah Beach from the 1962 war epic The Longest Day. The film’s all-star cast included Henry Fonda as Brig. Gen. Theodore Roosevelt, Jr., who led the 4th Infantry Division while relying on a cane to walk.

Total casualty figures were not recorded at the time, so the exact numbers are impossible to confirm. But some sources report 197 Allied deaths out of as many as 23,000 troops that landed by sea at Utah Beach. Given that 10,000 Allied soldiers were either killed, wounded, or went missing on D-Day, Utah Beach is widely considered a military success. 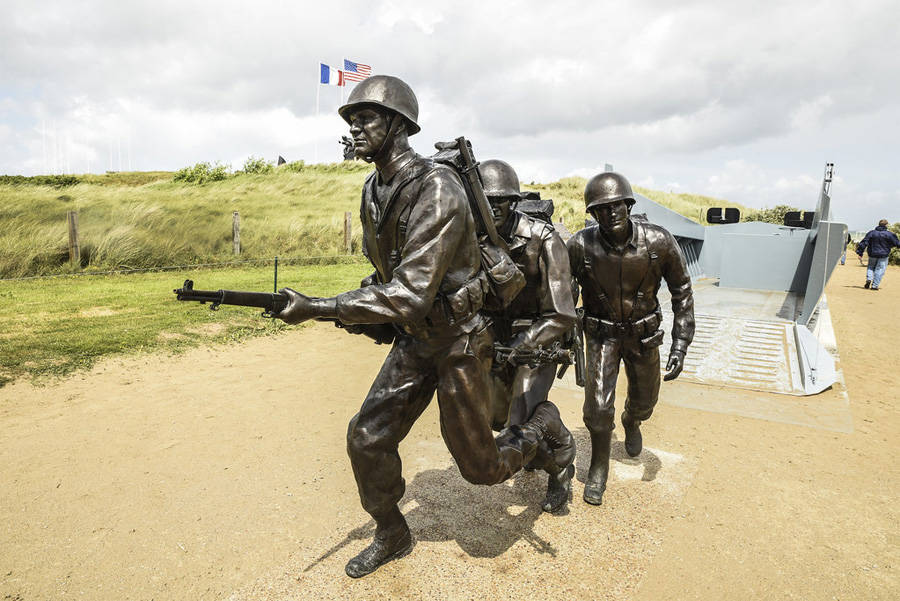 Roosevelt monitored reports from the D-Day invasion during the tense early hours. Later that evening, he went on national radio and addressed the nation about the Normandy invasion the night of June 6, 1944. His speech took the form of a prayer.

“Almighty God: Our sons, pride of our nation, this day have set upon a mighty endeavor, a struggle to preserve our republic, our religion, and our civilization, and to set free a suffering humanity,” he began.

Survivors Speak Out About What They Witnessed

Utah Beach survivors have spoken out over the years about their experiences during the D-Day invasion.

“You could hear shots going both ways. Big cannons in back of us on big ships, and they were shooting at the Germans. The Germans were firing at our ships. The shells were coming at us, and most of them were going over our heads,” recalled Davis, who served as a private in the Army’s 90th Infantry Division. “I didn’t think I was going to survive.”

“Freedom is not free,” Utah Beach veteran McMurran told the crowd at an event commemorating the 70th anniversary of D-Day, in 2014. He recalled his landing boat “pushing bodies side-to-side” in the water as it made its way to shore.

“We had something then I don’t know if they have now. We had buddies. Our buddy would lay his life down for us, and we would do the same for him,” he added, fighting tears while discussing his fallen comrades. 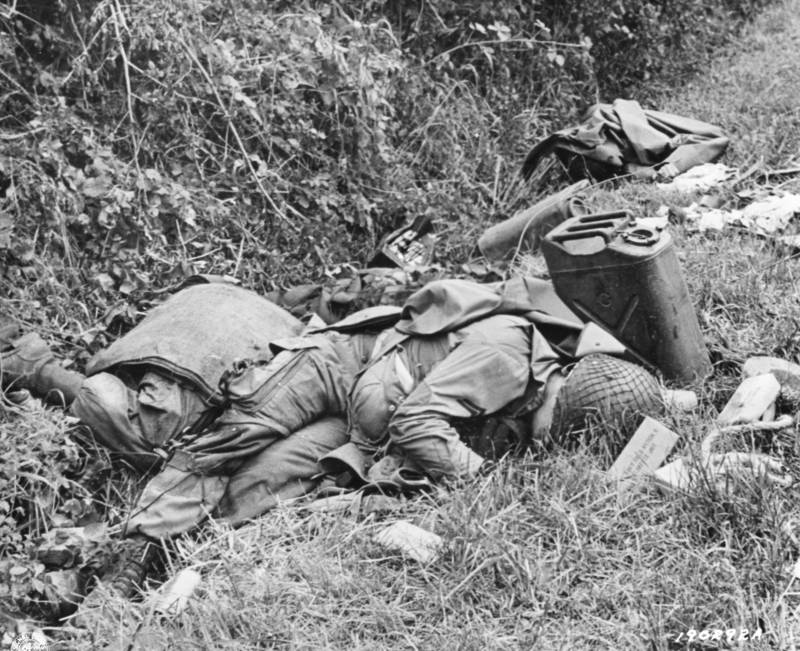 PhotoQuest/Getty ImagesThe bodies of American soldiers who died in the crash-landing of their glider during the invasion of Utah Beach.

“We were the first on the beach on Utah,” said Unger, a signalman second class who carried members of the 4th Infantry Division to Utah Beach. “Terrible sound. From the cannons. The bombs dropping, everything all around us. It was a fire, explosions….The water was from an orange to a deep red for miles, 20 miles down the coast.”

“I shot several people (in combat situations) standing no further away than me to you….At least four face to face,” recalled 1st Lt. Ward. “And let me tell you, that stays in your mind. You ask yourself, ‘Would society have been better off if I had died and he had lived? What might he have become?'”

“You know what bothers me?” asked PFC Matina, who was just 18 years old when he landed on Utah Beach. “I don’t worry about the guys I killed, because they would have killed me. But you feel sorry for the families, the mothers and the sisters and the fathers and the brothers. To this day, sometimes I lay in bed and I think about it, and — Jesus.”

Want to learn more about D-Day and WWII? Check out the story of Omaha Beach and the untold horrors of D-Day. Then discover these D-Day photos and stories that capture the gravity of the Operation Overlord, the Normandy invasion.